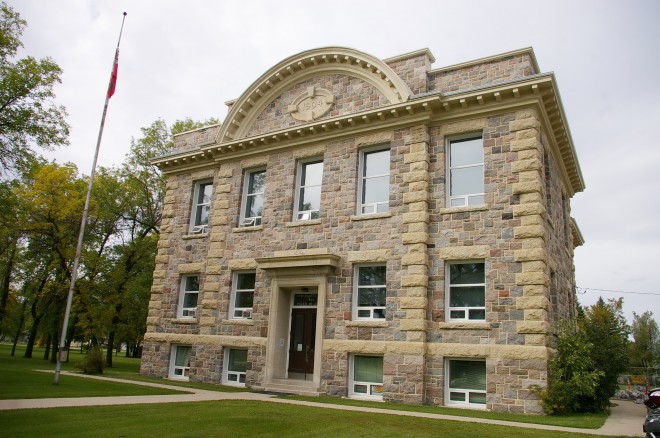 Morden is named for Alvery Morden, who was an early settler from Ontario.

Location:  Morden is located in the south central part of the Province along the Dead Horse Creek.

Description:  The building faces south and is a two story fieldstone structure. The building is surrounded by spacious landscaped grounds and is located north of the city centre. The south front has a slightly projecting centre section with semi-circular pediment at the roof line. The recessed entrance on the south front is framed with stone. Stone trim decorates the corners of the building. In the basement were incarceration cells, an apartment for the resident caretaker, and mechanical rooms. The first floor had offices for judges and other court officials, and the second floor had a large courtroom along the south side and rooms for witnesses and others. The building is the seat of the Southern Judicial District.

Note:  The first courthouse was a brick a structure built at Nelson around 1883. When the railway was constructed through Morden, Nelson ( Dunston ) was abandoned and the courthouse moved in 1905. 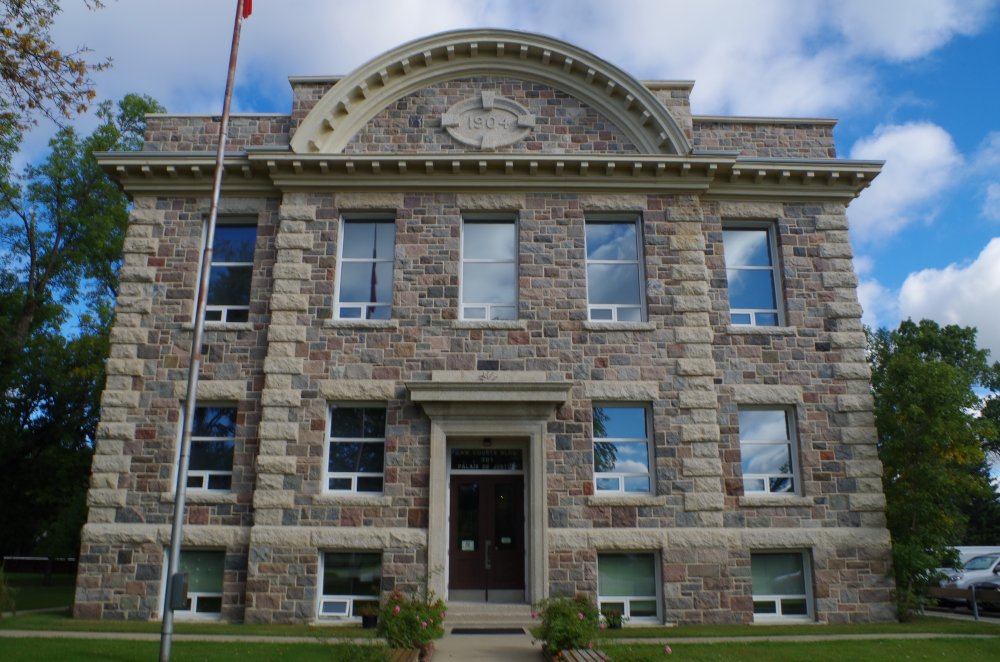 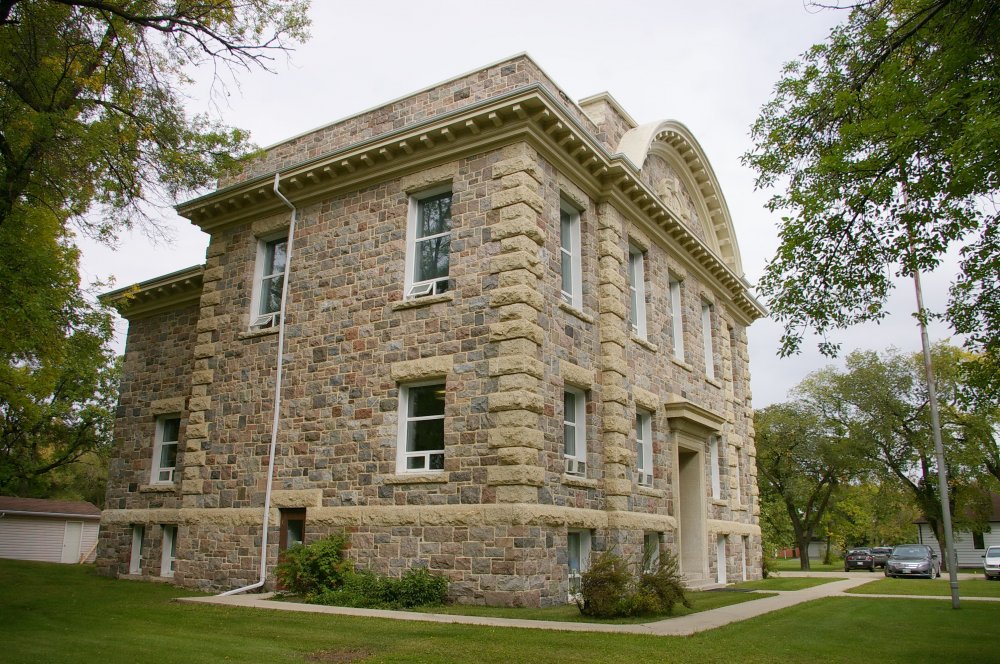 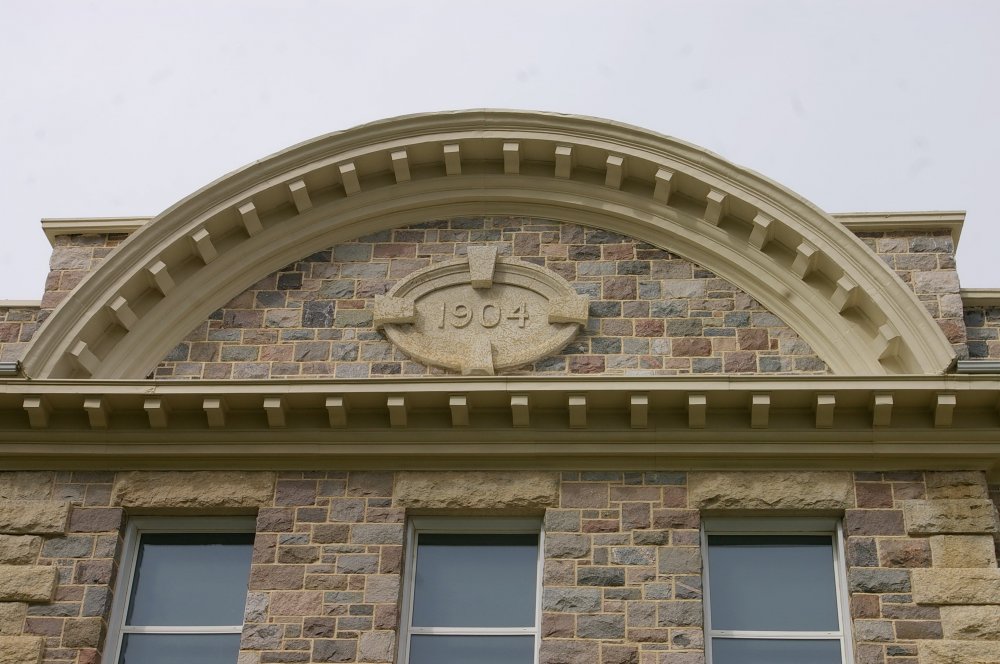 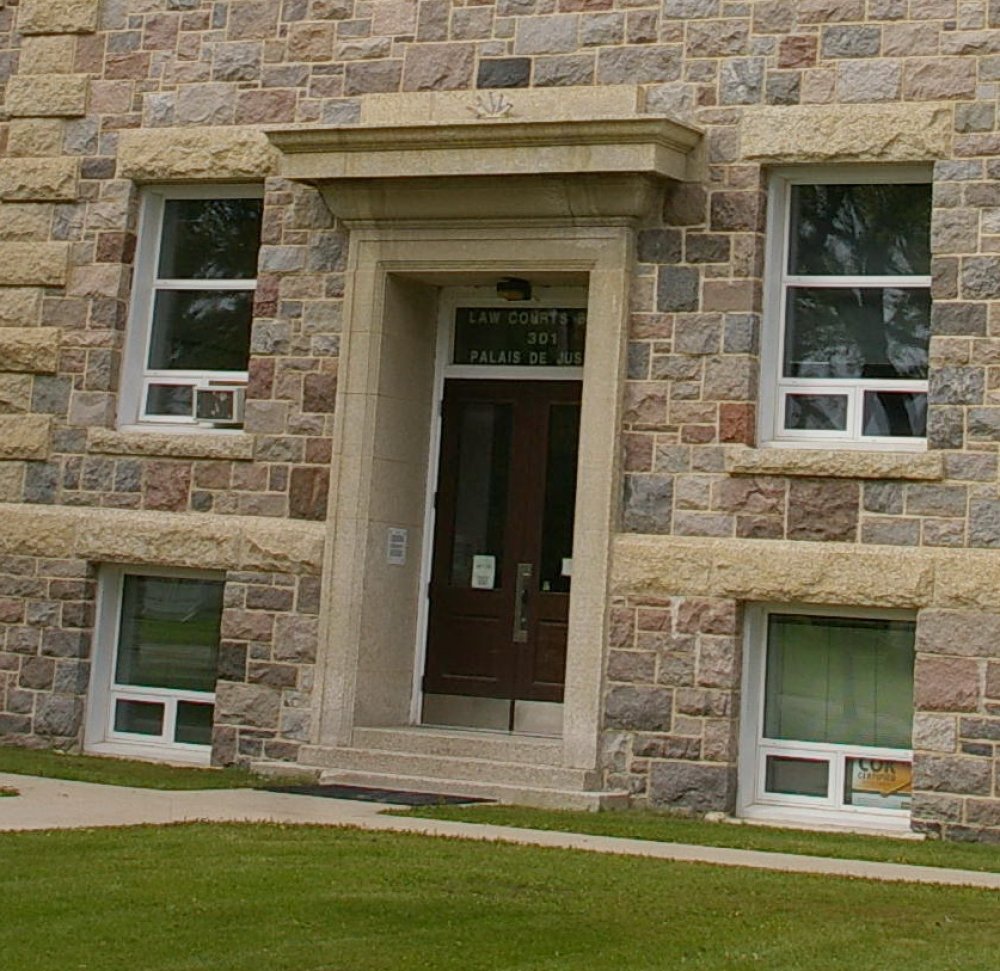 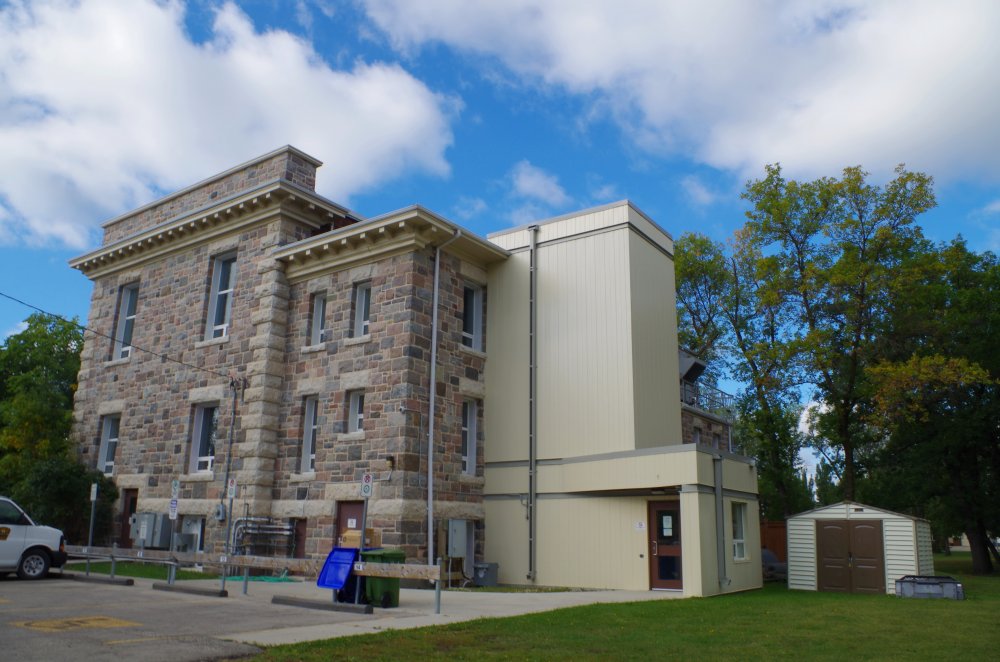 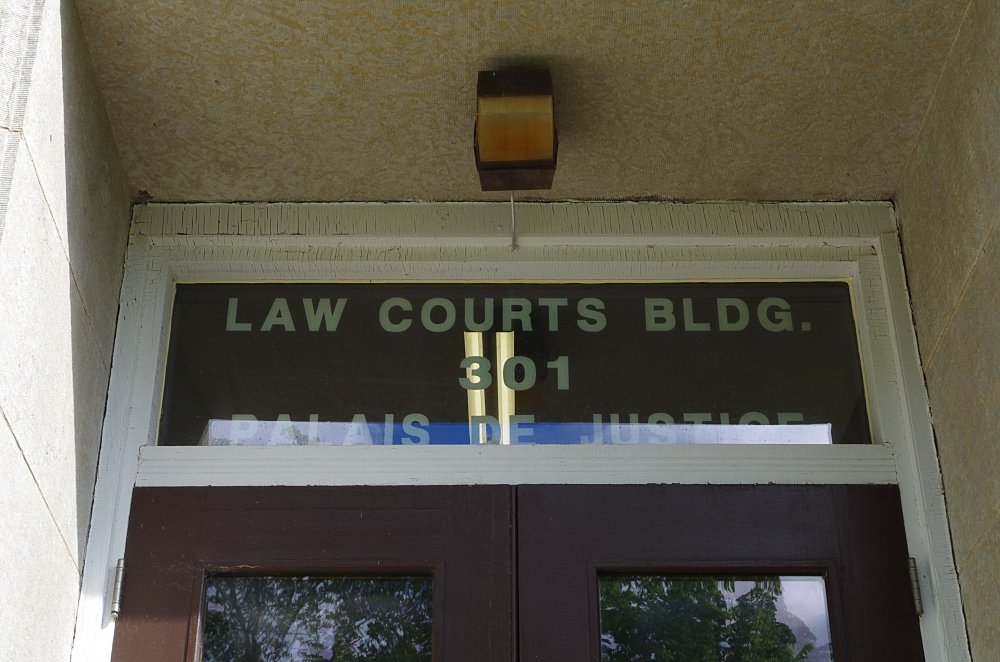 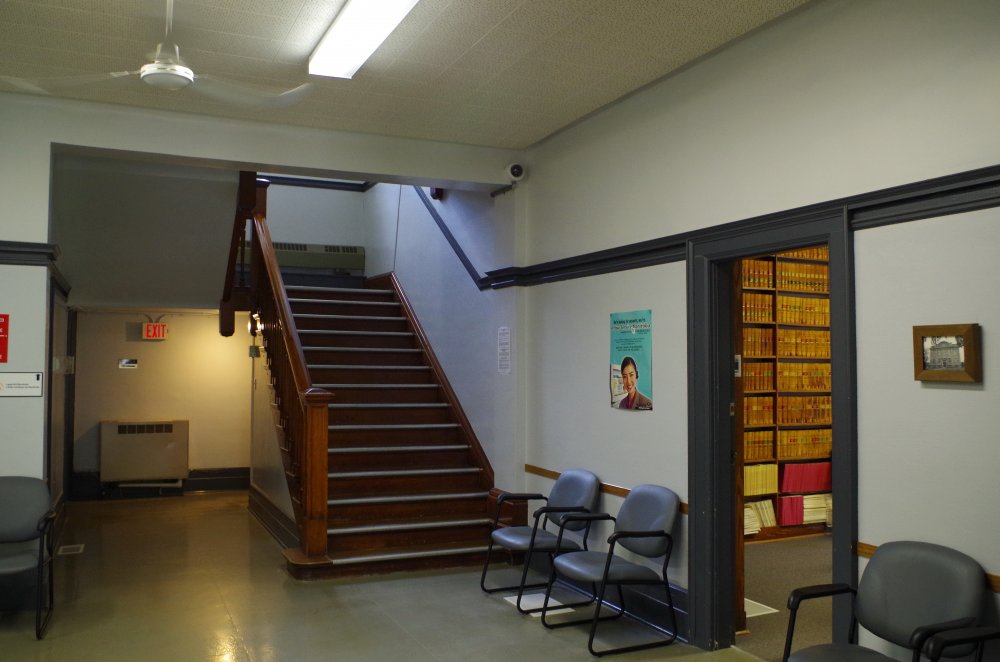 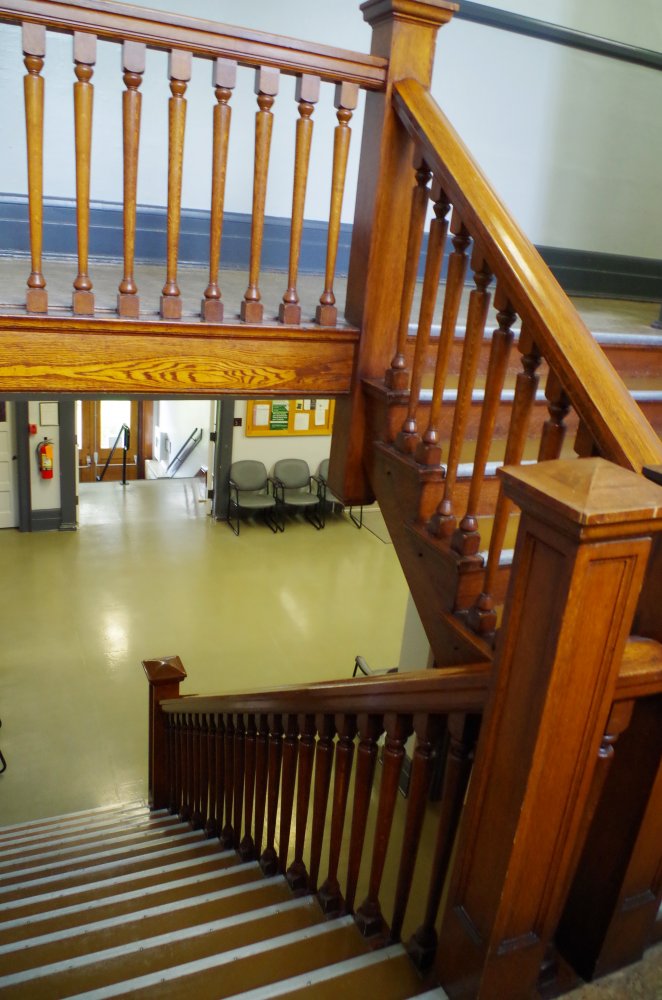