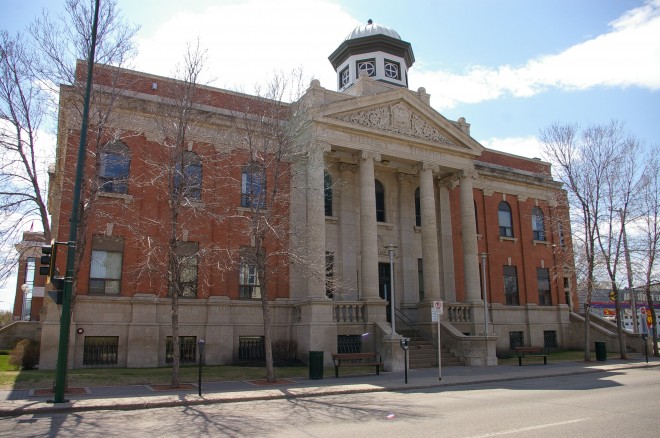 Brandon is named for the Brandon Hills, which were named after a hill in James Bay, Ontario.

Location:  Brandon is located in the southwest part of the Province along the Assiniboine River.

Architect:  Samuel Hooper of Winnipeg and W A Elliott of Brandon

Description:  The building faces north and is a two story red coloured brick, limestone and concrete structure. The building is located in the city centre. The north front has a large portico with four columns rising to a pediment at the roof line. The pediment has friezes. The base of the building is limestone. A cornice runs below the flat roof line. Above the portico is an octagonal cupola with windows and green coloured dome. In 2000, an addition was constructed on the south side. The large courtroom is located in the original section on the second story with a smaller courtroom on the first story. 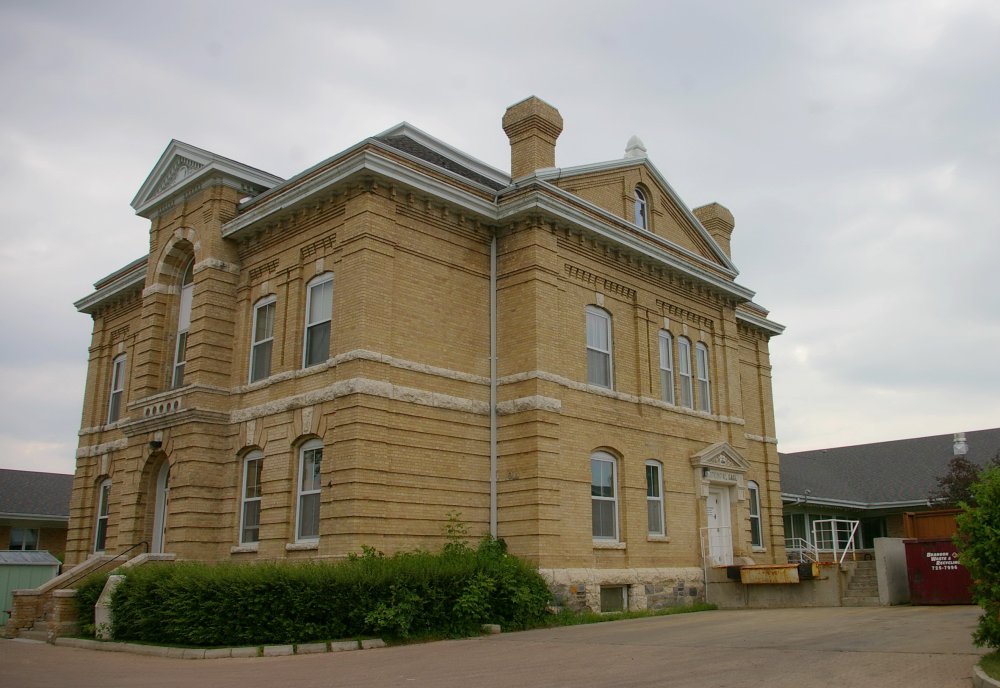 Contractor:  Alex Smith and Company of Brandon and Joseph Williams of Winnipeg

Description:  The building faces north and is a two story buff coloured brick and limestone structure. The building is located on landscaped grounds to the east of the city centre. The north front has a projecting centre section with arched entrance on the first story and large arched window on the second story and rising to a small pediment at the top. The east and west sides have projecting centre sections with wide pediment at the top. The roof is hipped. The building is located on the east side of the city and is now part of the Rideau Park Personal Care Home.

Note:  The courthouse is the oldest remaining courthouse building in western Canada. During construction the superintendent was Arthur T Timewell and cost of construction was $50,000. The building was converted to serve as a gaol until 1979. 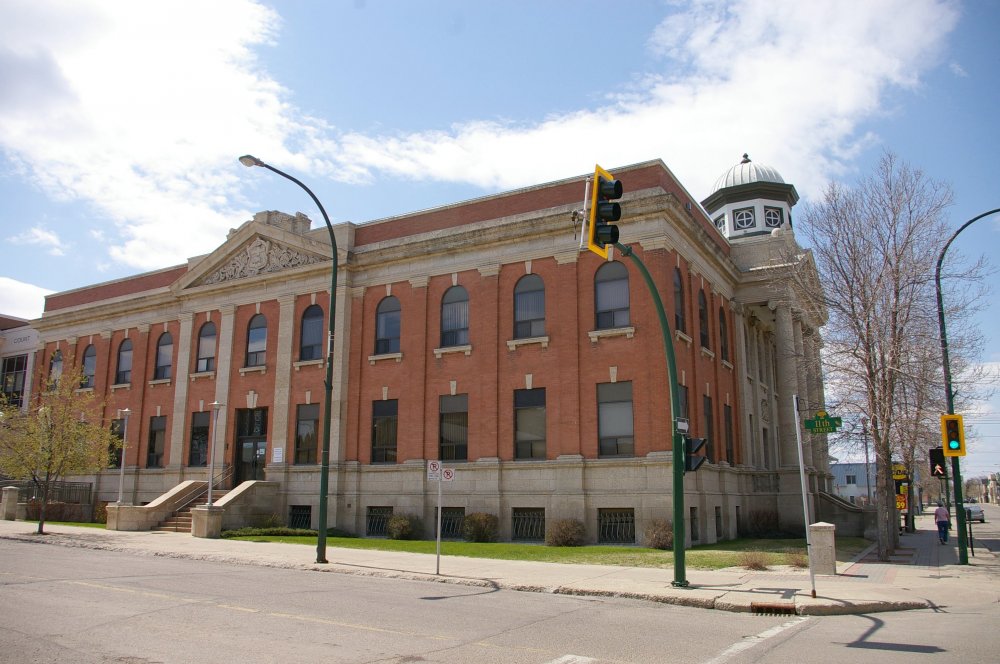 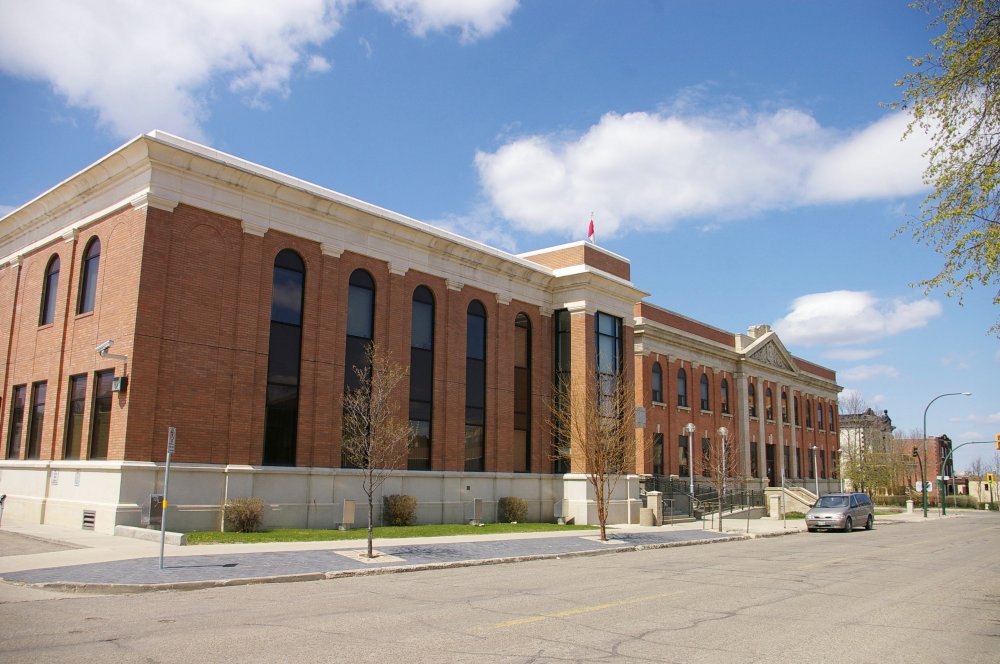 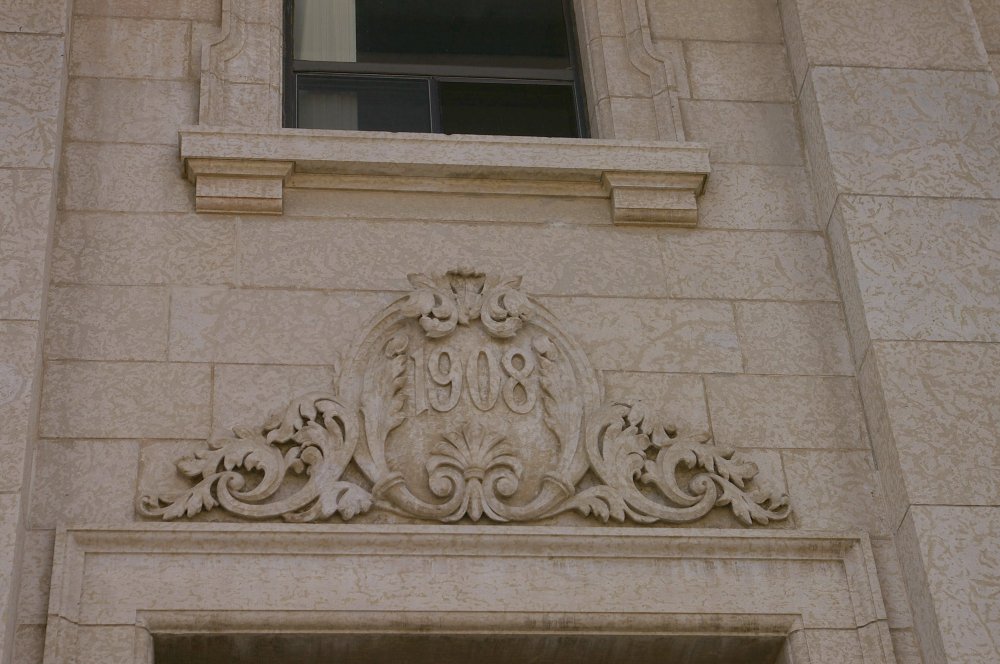 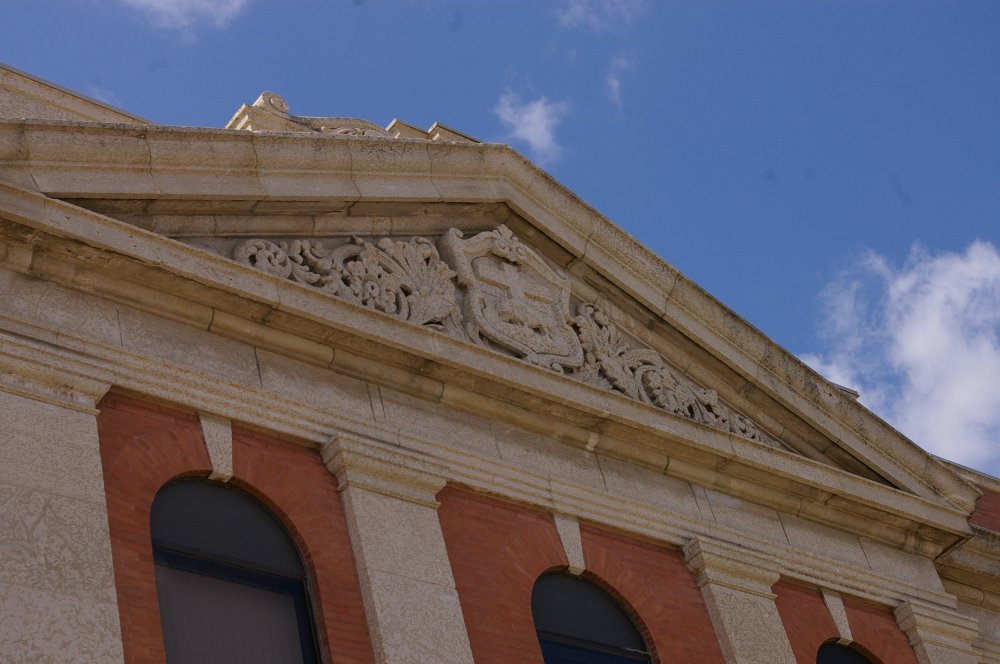 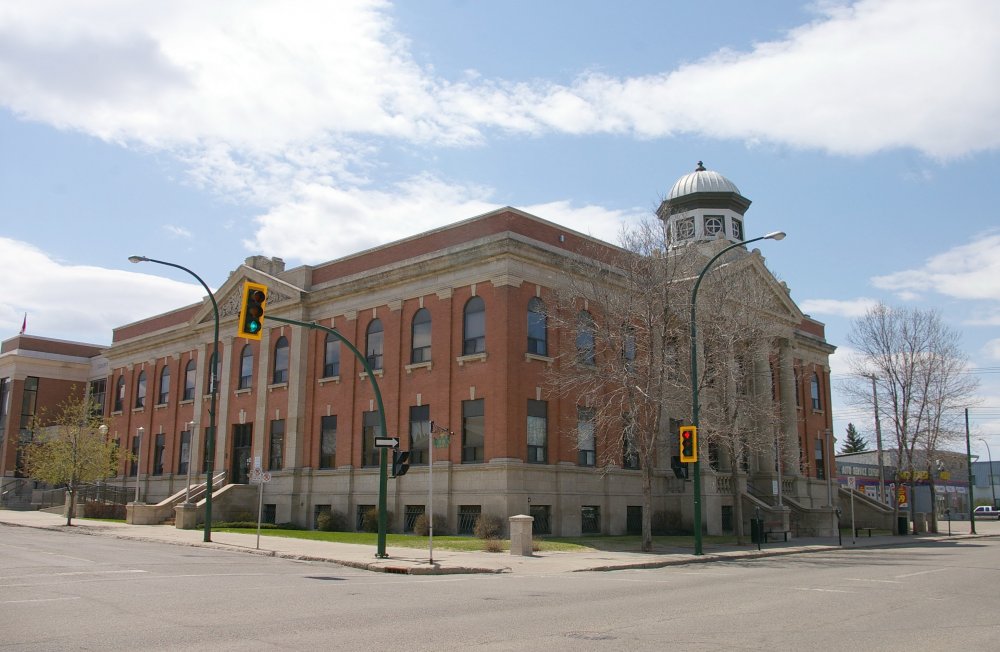 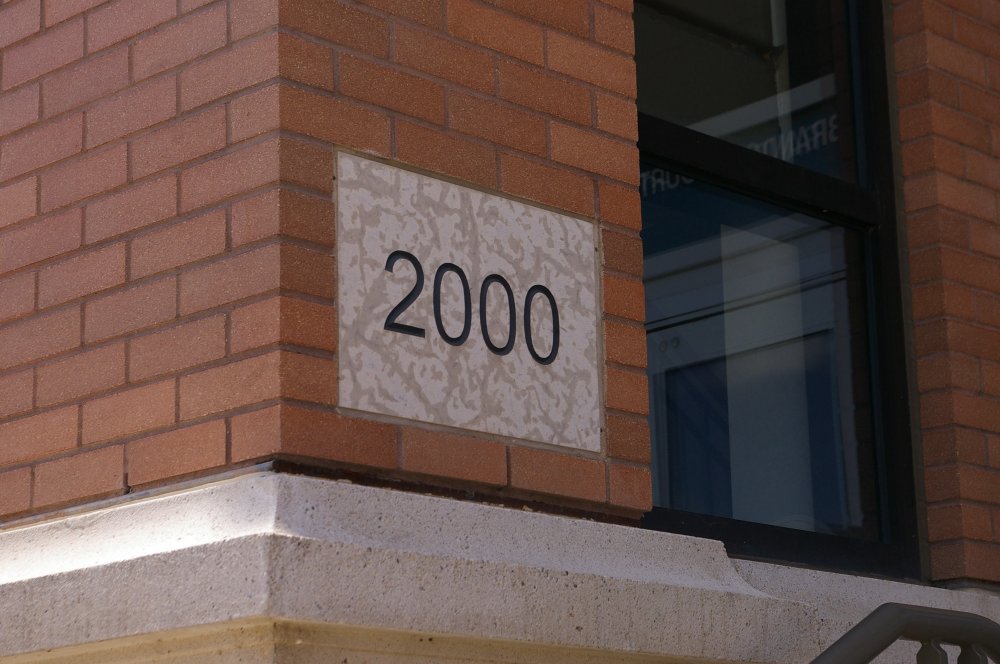 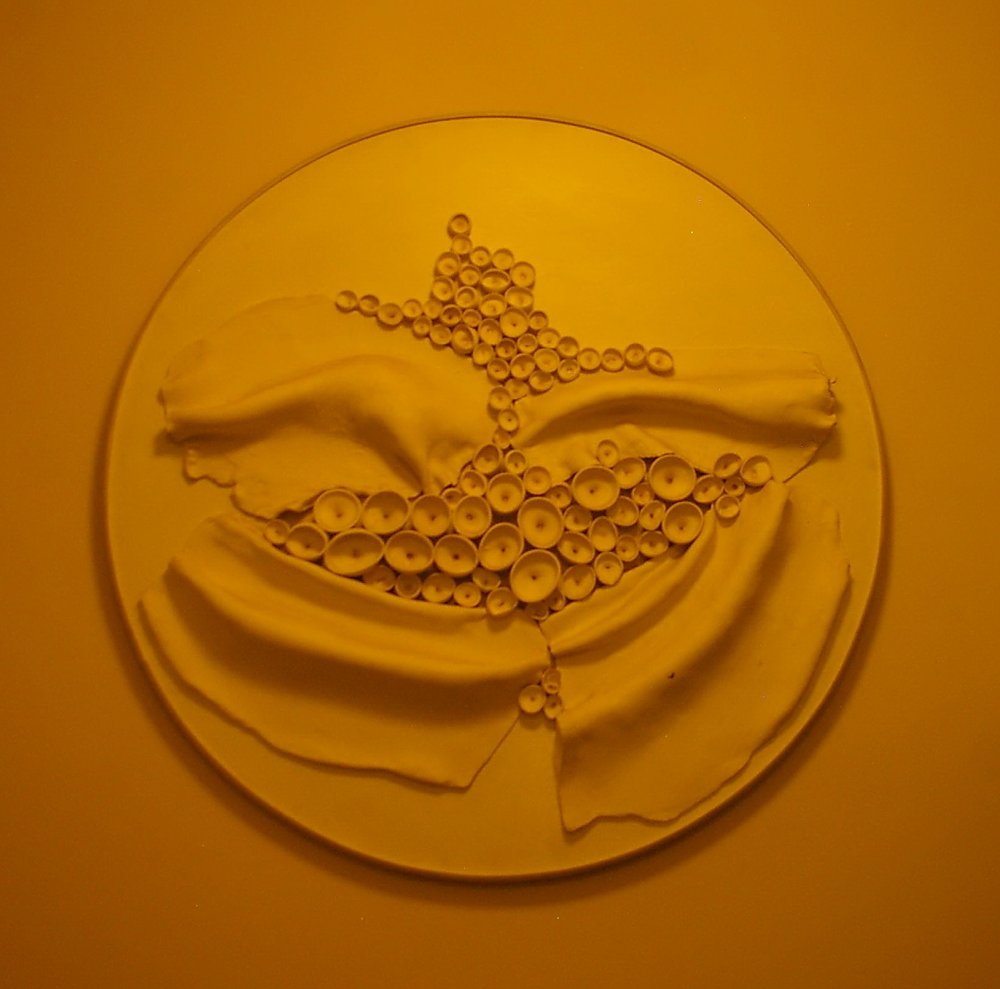 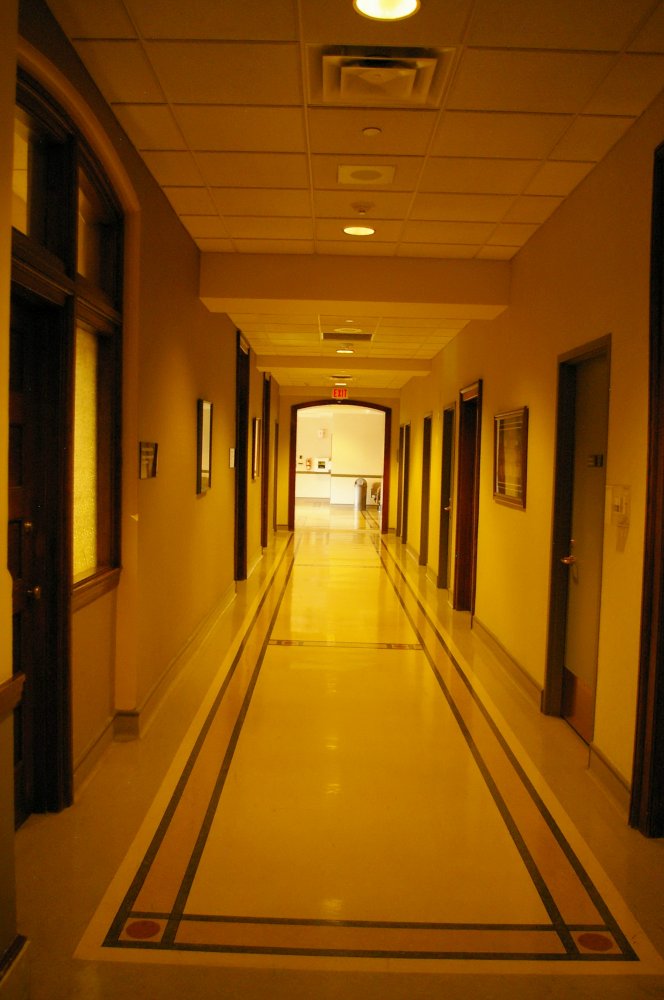 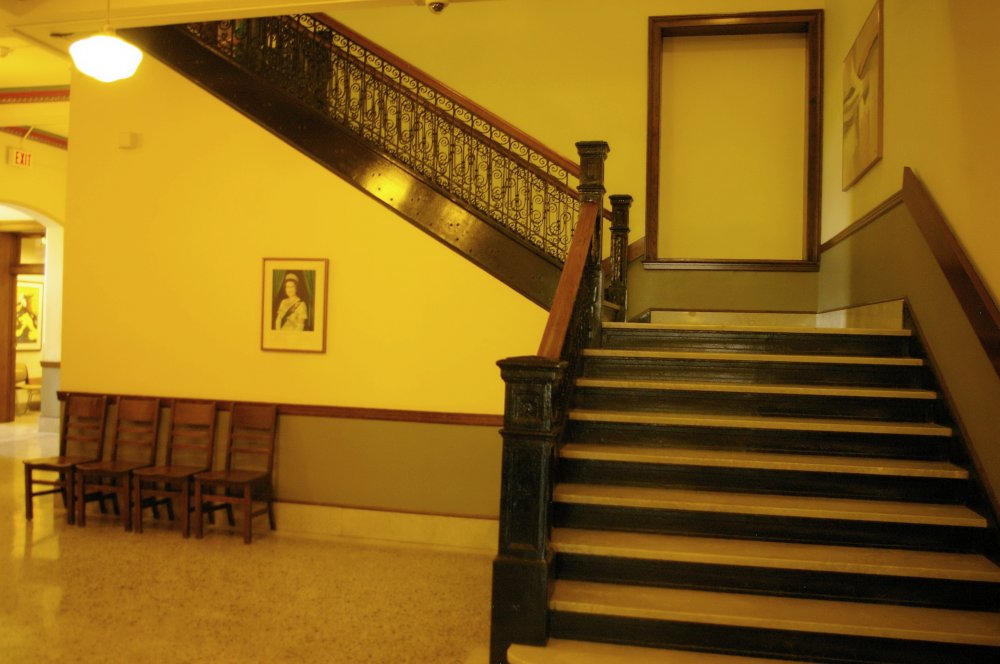 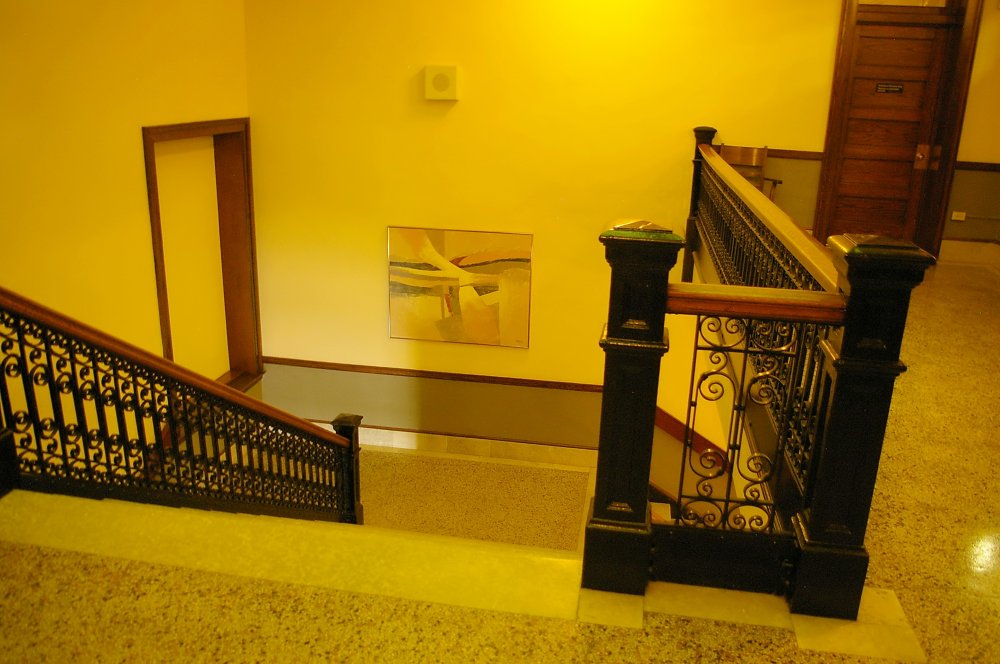 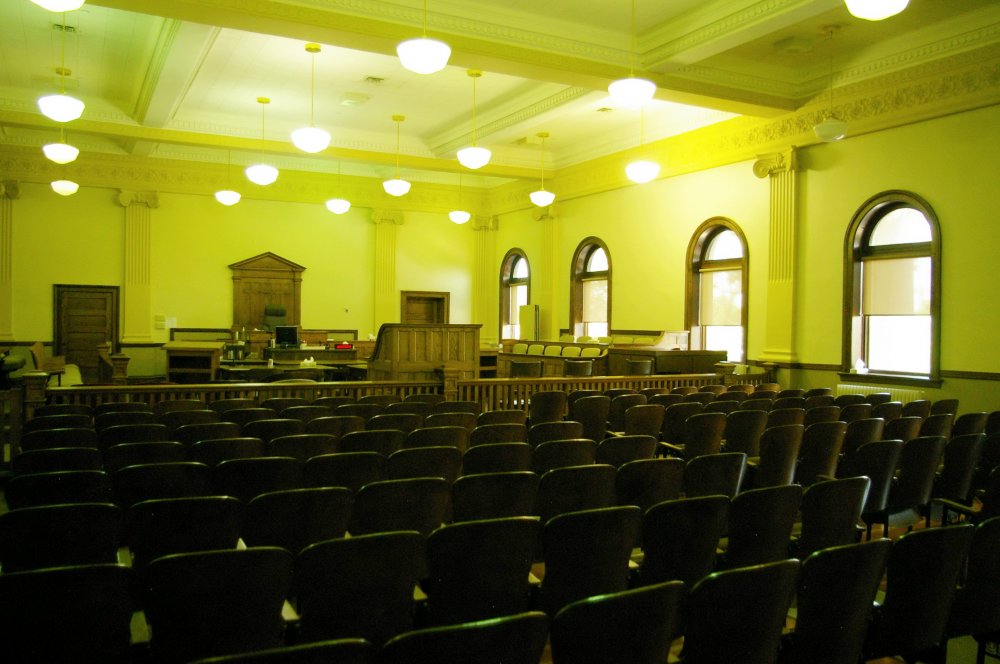 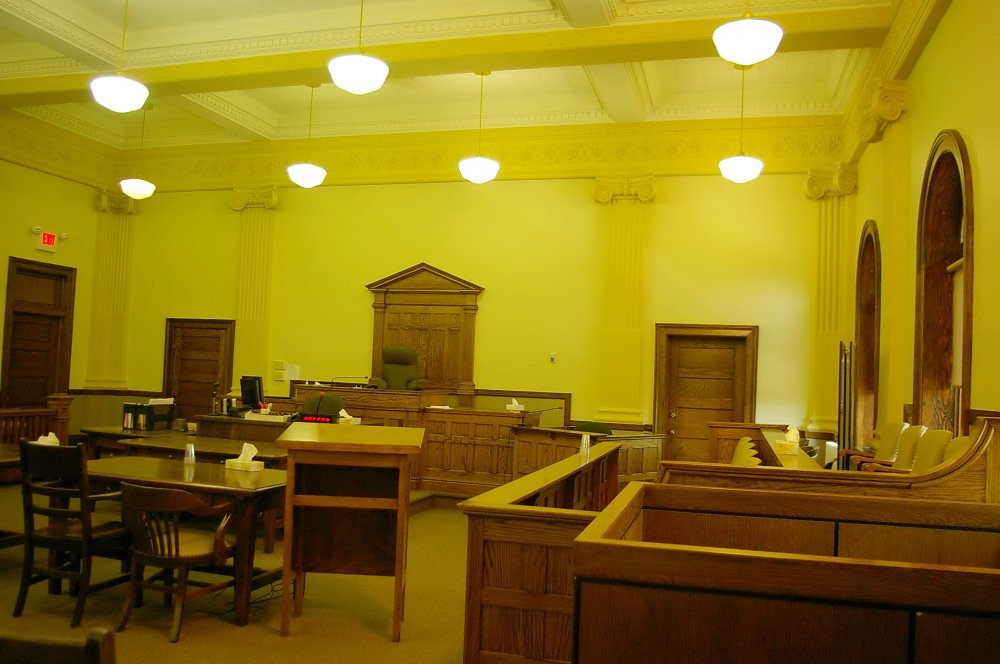 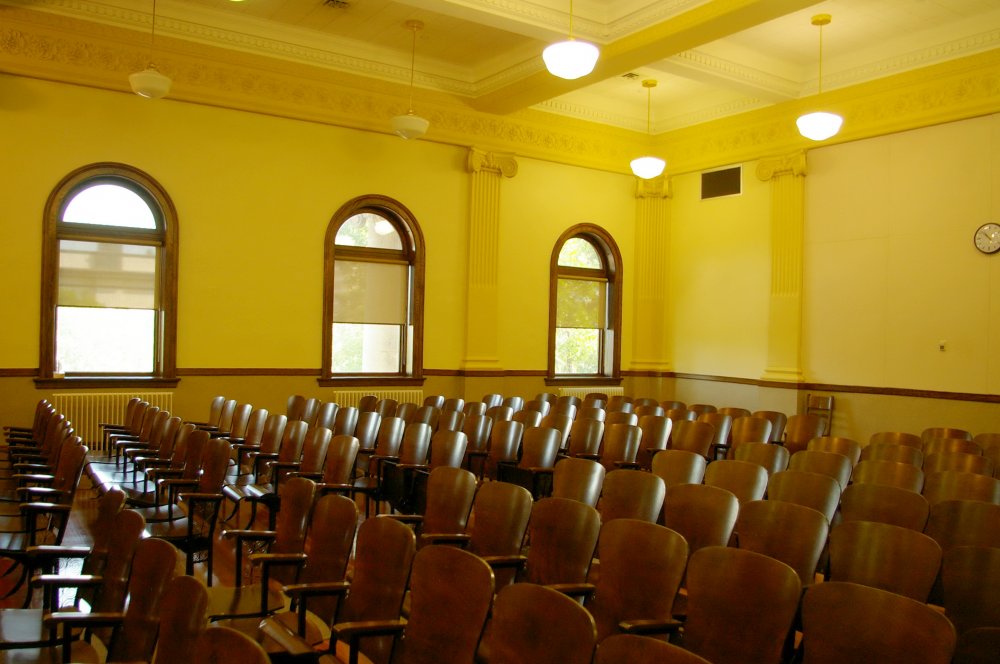