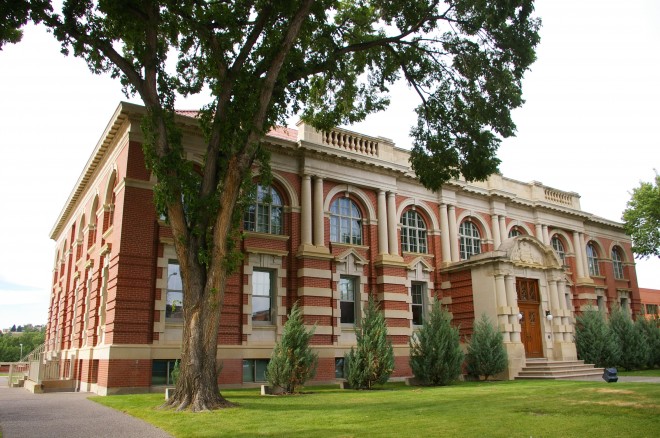 Location:  Medicine Hat is located in the southeast part of the Province along the South Saskatchewan River.

Contractor:  Bennett and White of Calgary

Description:  The building faces south and is a two story red coloured brick and limestone structure. The building is located on landscaped grounds in the centre of Medicine Hat. The south front has a projecting central entrance with curved pediment enclosing the shield of the arms of Alberta. There are brick and stone pilasters with double columns rising on the second story to a wide stone parapet at the roof line. The windows are trimmed with stone and the second story windows are arched.  The courtroom is located on the second story on the east side. The hipped roof is red coloured. In 1986 an addition was constructed on the north side.  There is a basement level which connects to the Provincial Court courthouse along the east side. There are  Queen’s Bench courtrooms in the new addition..

Note:  The first courthouse was a two story structure designed by D Ewart and built by Charles Purmal in 1899 at a cost of $8,297. The building was demolished in 1969.

See:  On the east side is the  Medicine Hat Provincial Court Courthouse. 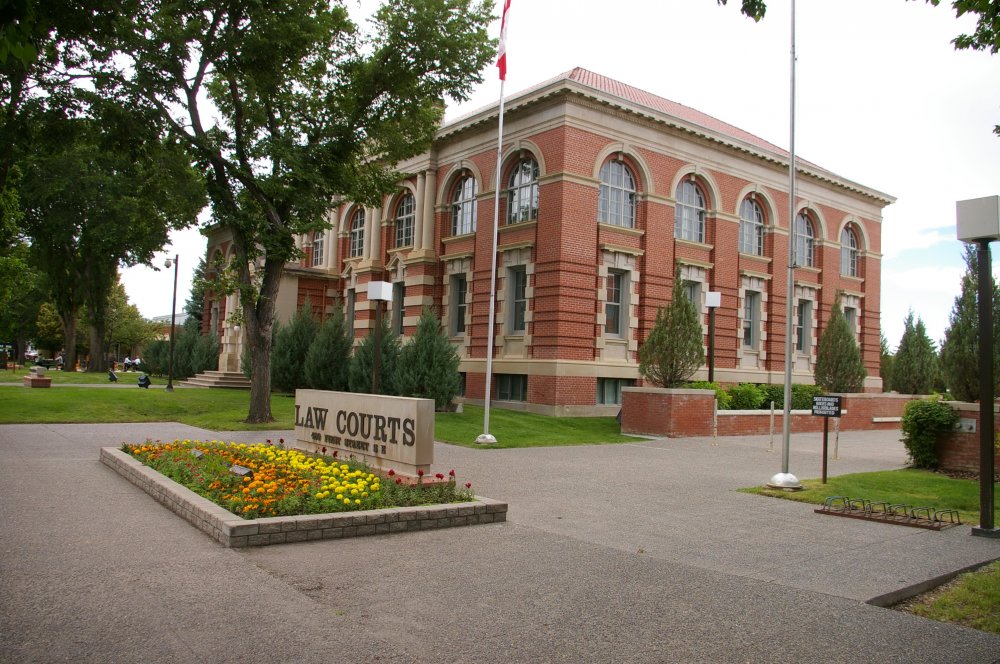 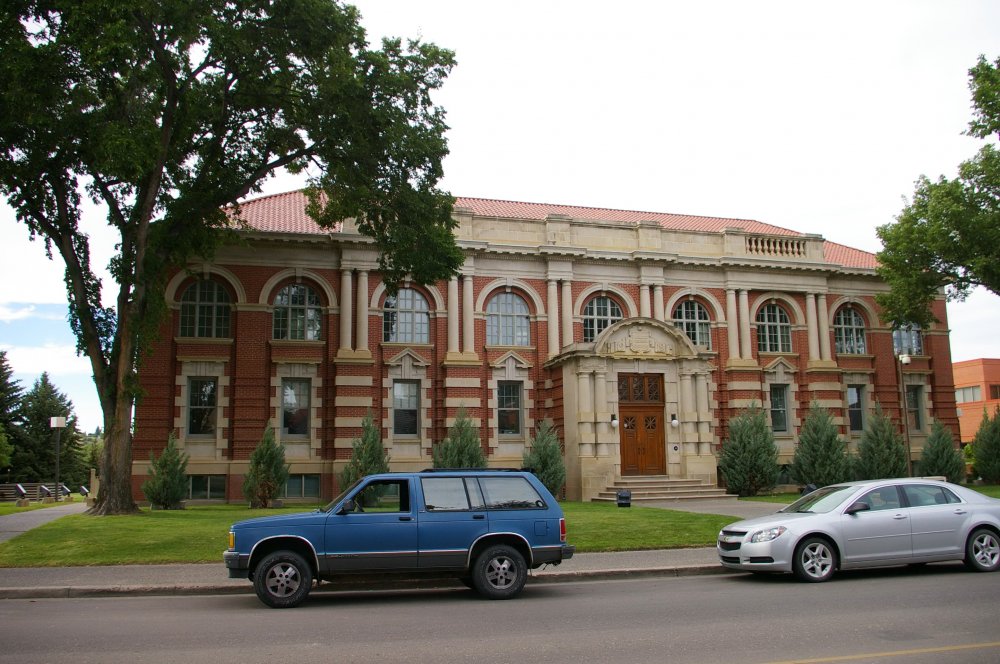 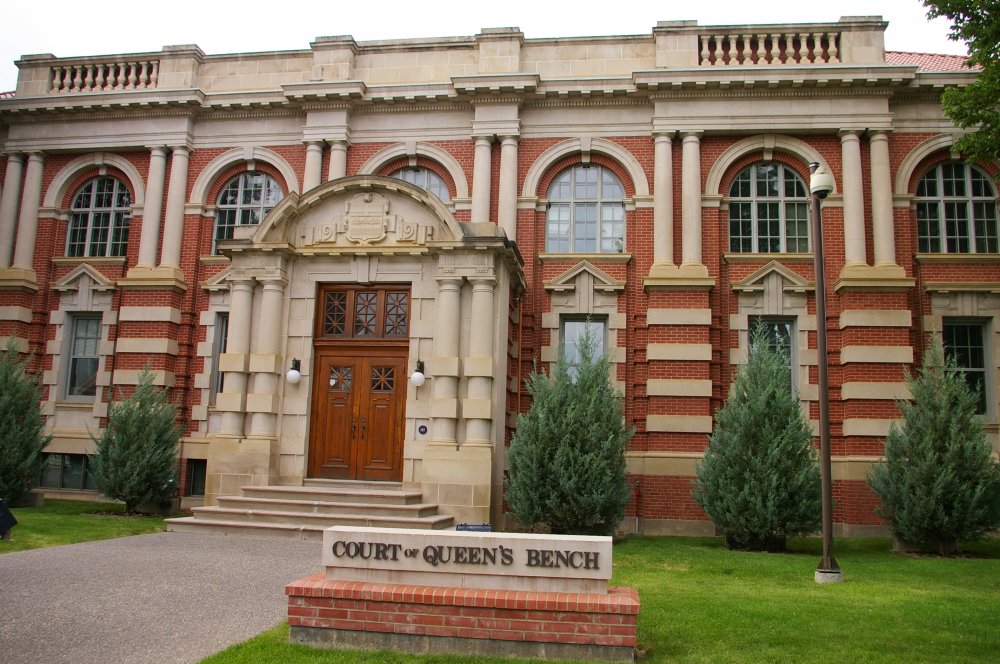 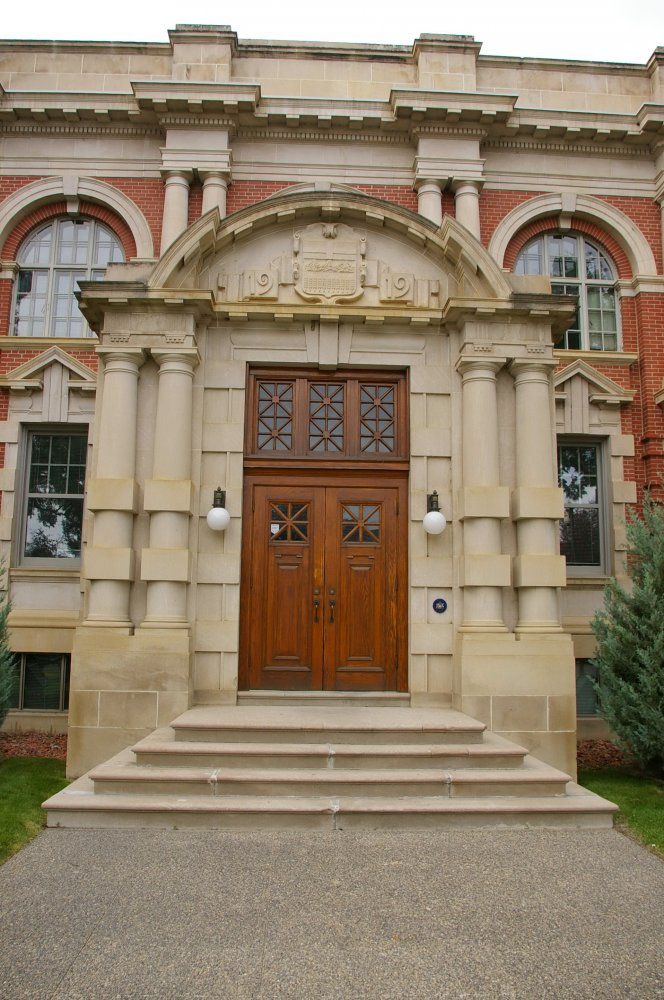 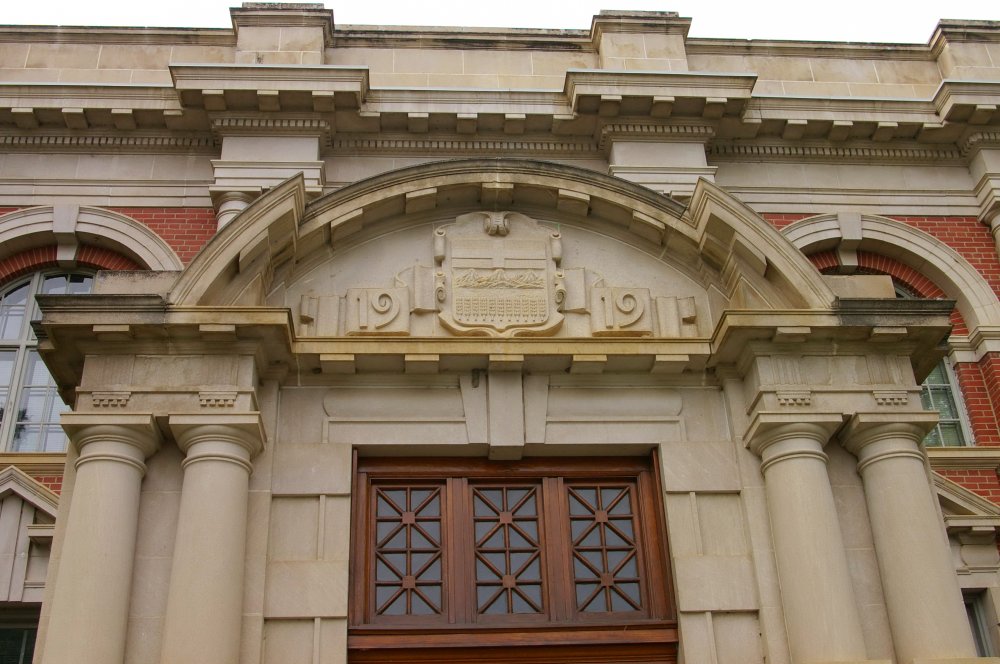 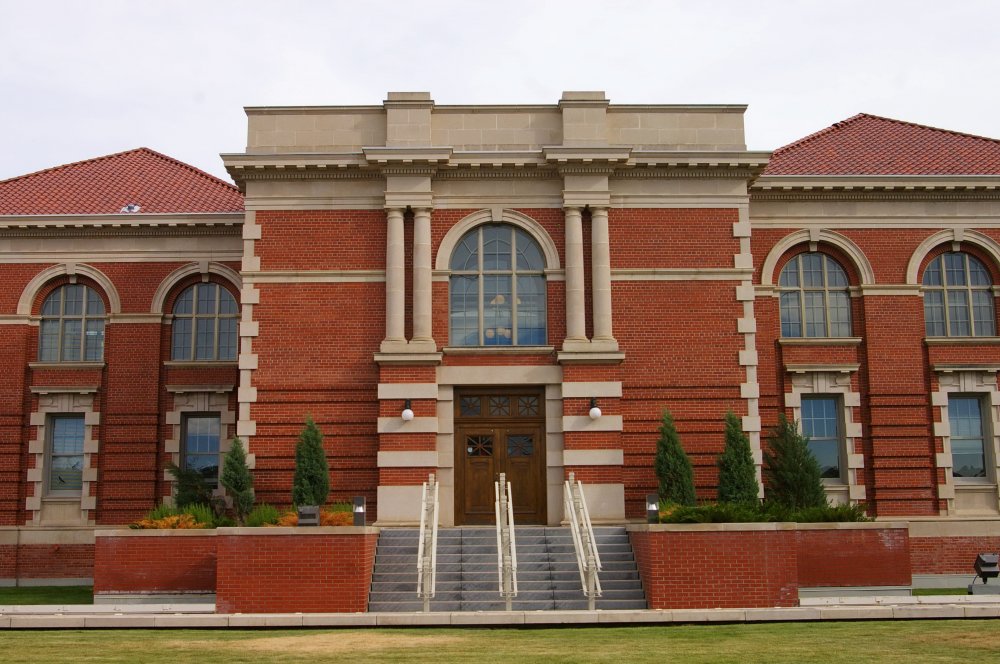 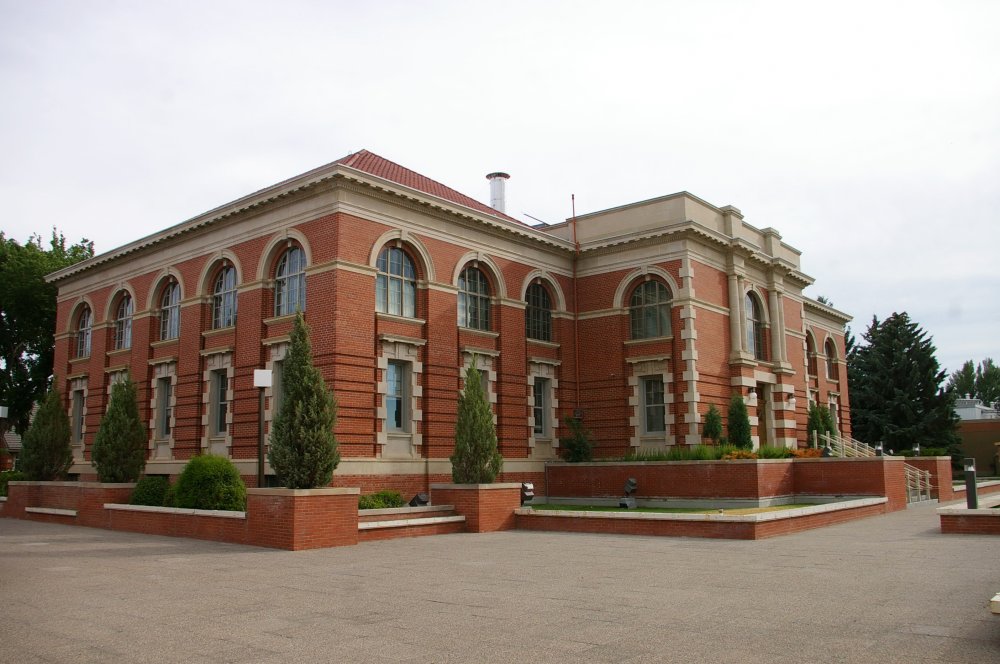 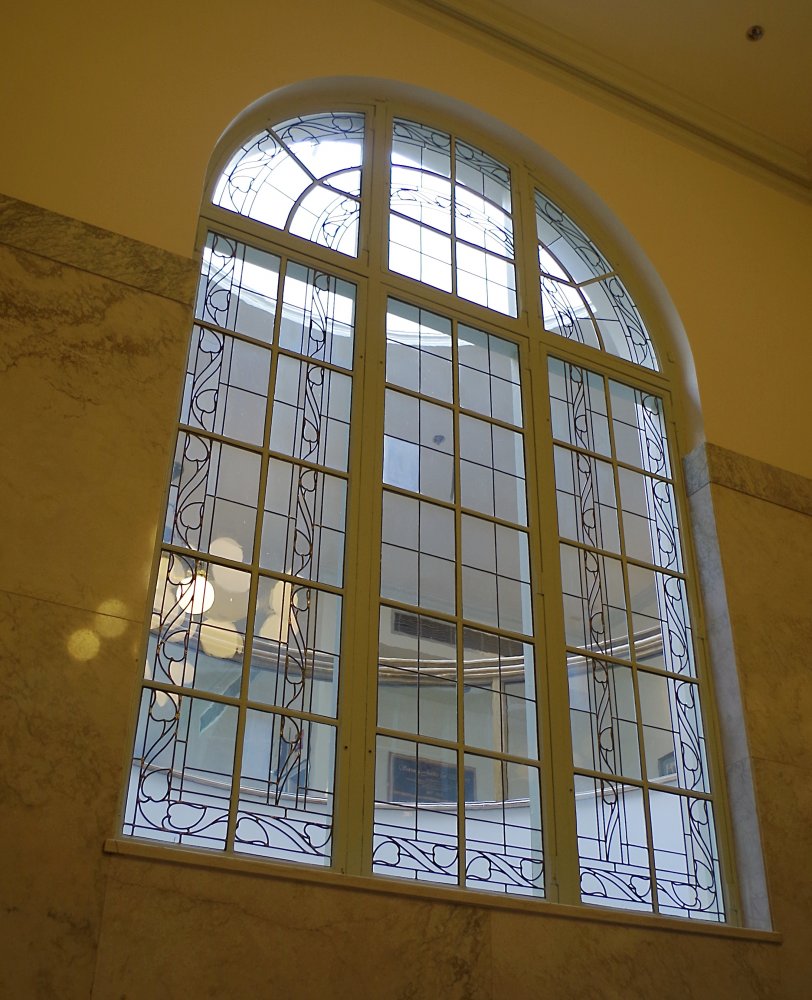