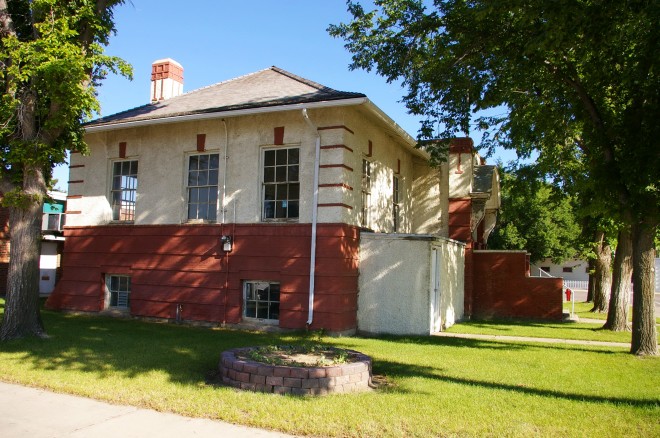 Taber is named for either Mount Tabor in Israel ( Holy Land ) as the town was originally known as “Tank No. 77” where the railway filled up with water, or the first part of the word “tabernacle” as the town was settled by Mormons from the United States.

Location:  Taber is located in the south central part of the Province.

Description:  The building faces east and is a one story brick structure. The bottom half of the building is red coloured brick and the top half is white coloured stucco. The east front has a central entrance with large arch and fan widow. The roof is hipped.  In 1953, the building became the City Hall. The building now serves as home to the Centre Court for the Arts.

Note:  The local newspaper reported that the contractor was Hudson, Leader and Good of Medicine Hat. The courthouse became the model for Alberta courthouses built prior to the Second World War. 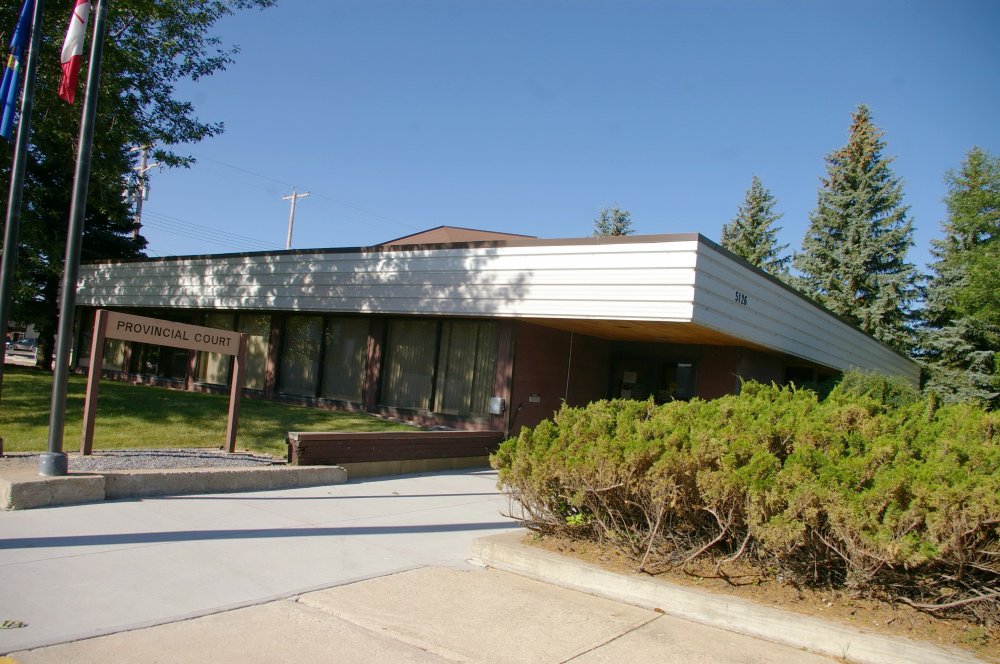 Description:  The building faces east and is a one story red coloured brick, concrete and glass structure. The east front as a recessed entrance on the northeast corner. The windows are vertical and recessed. A wide section follows the roof line. The building has a hipped roof.

See:  The architect, Gordon, Mangold, McFadden of Edmonton also designed the courthouses at Breton and Wainwright.

See:  Within the Lethbridge / Macleod Judicial District is the Court of Queens Bench at Lehbridge and Provincial Courthouses located at Cardston, Fort Macleod and Pincher Creek. 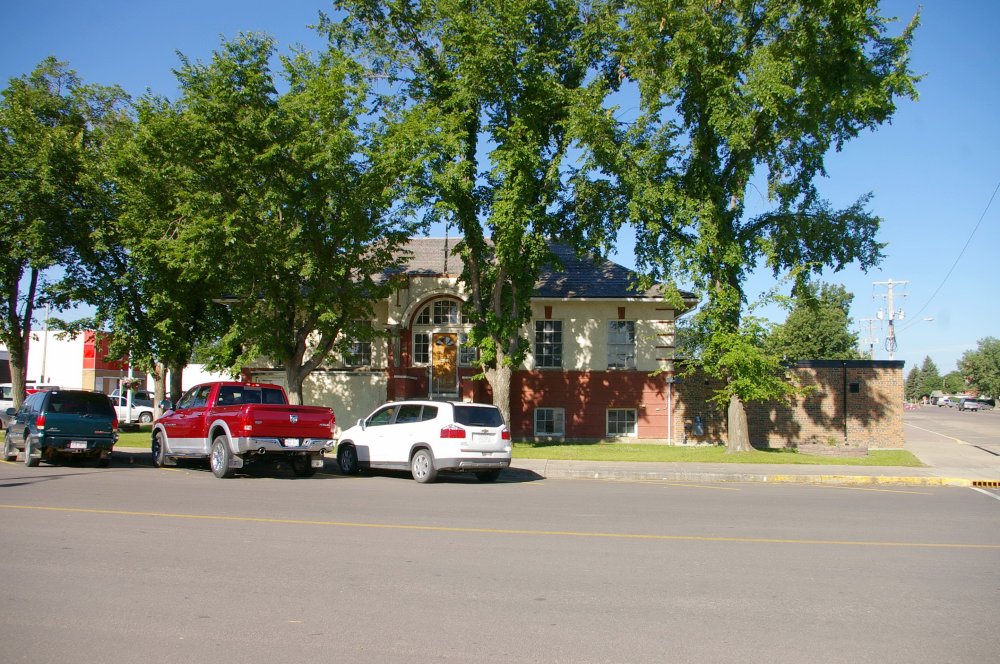 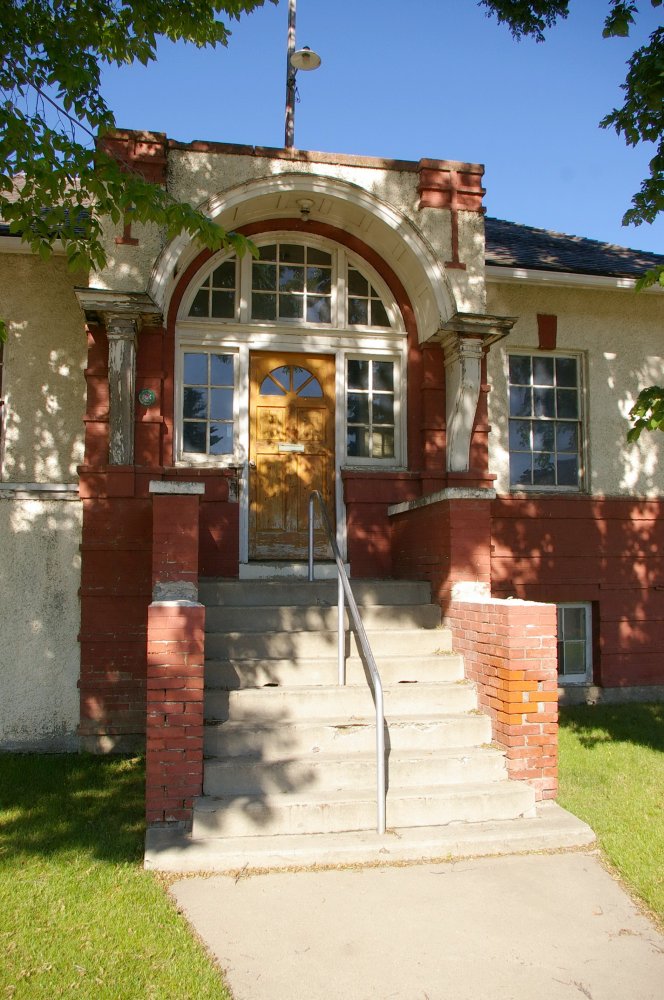 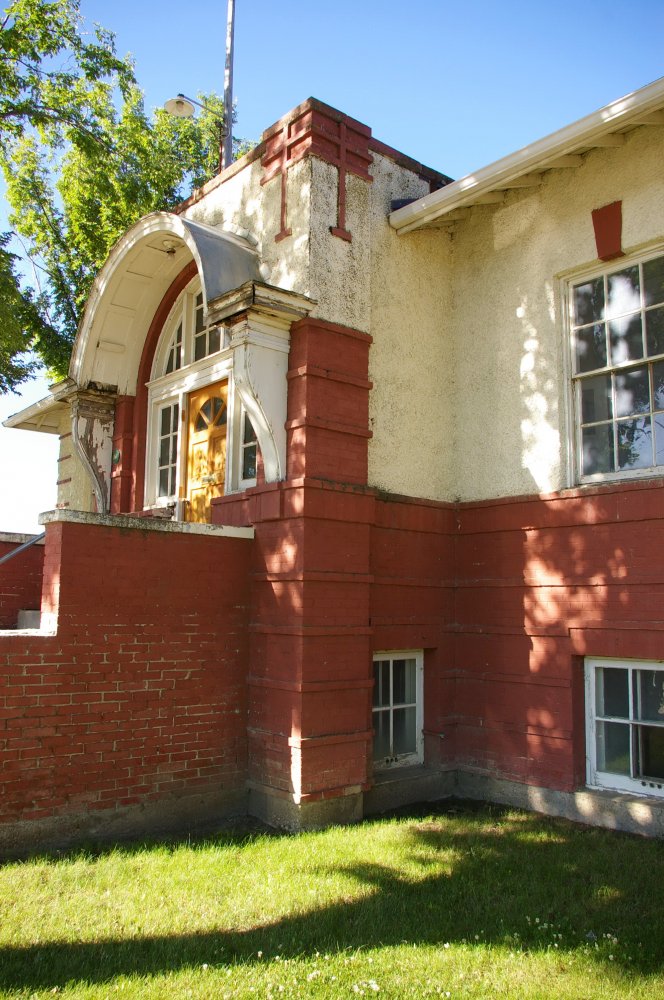 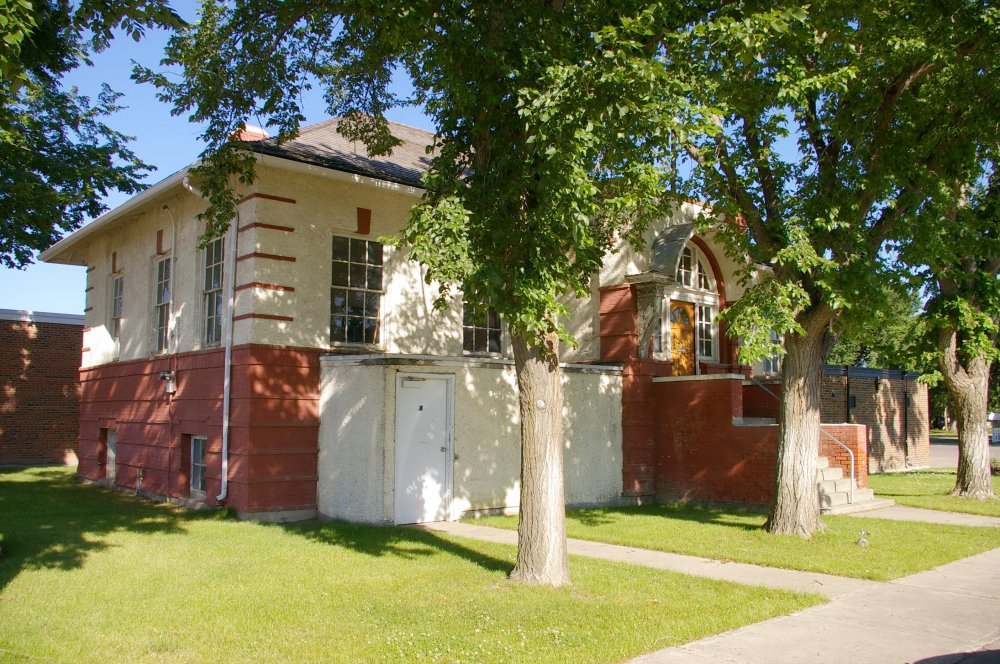 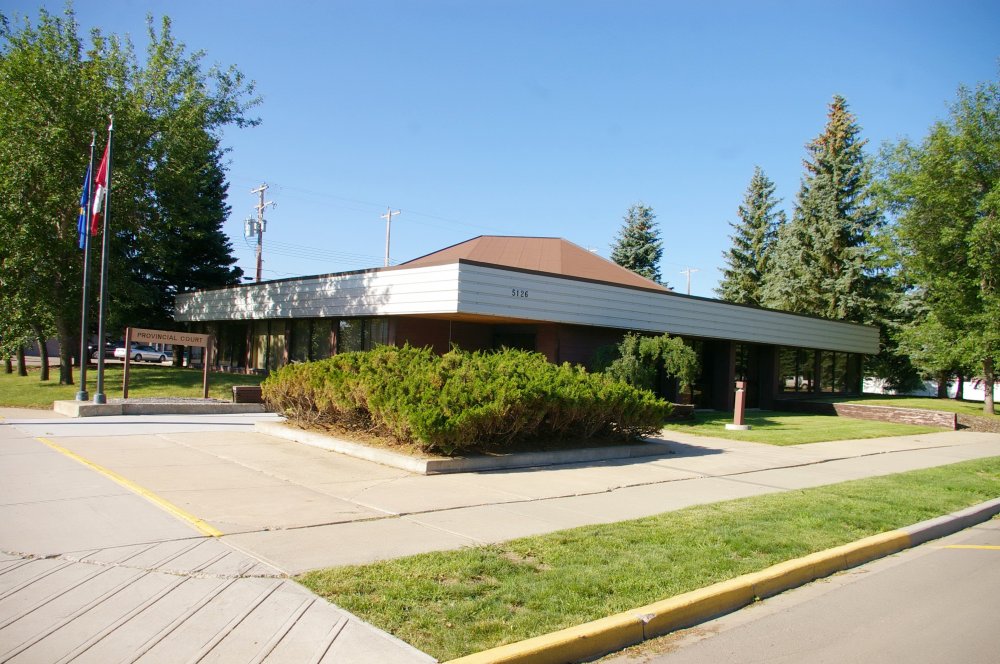 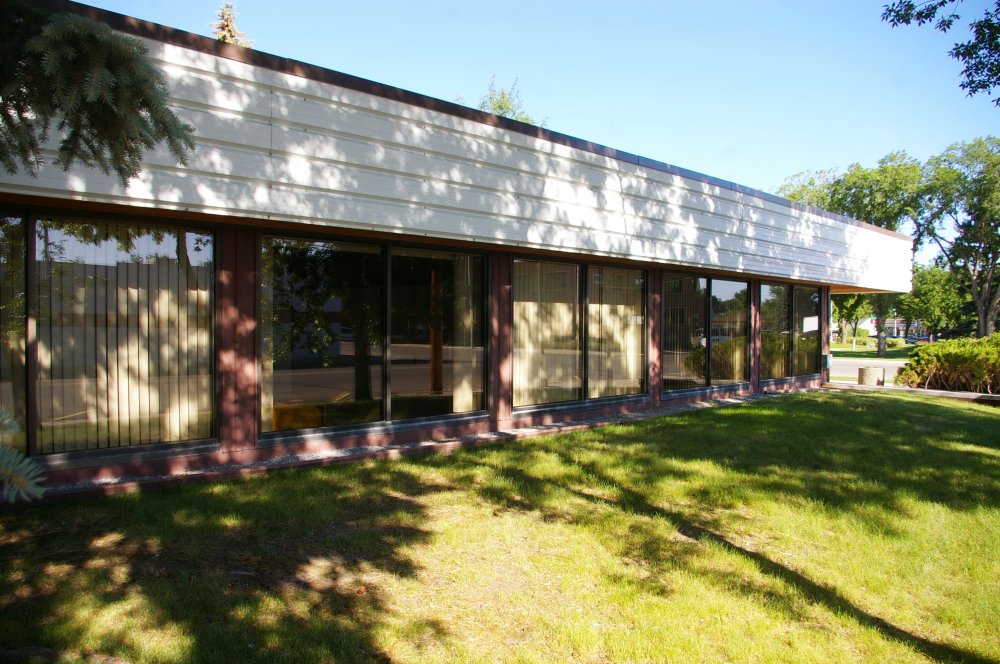 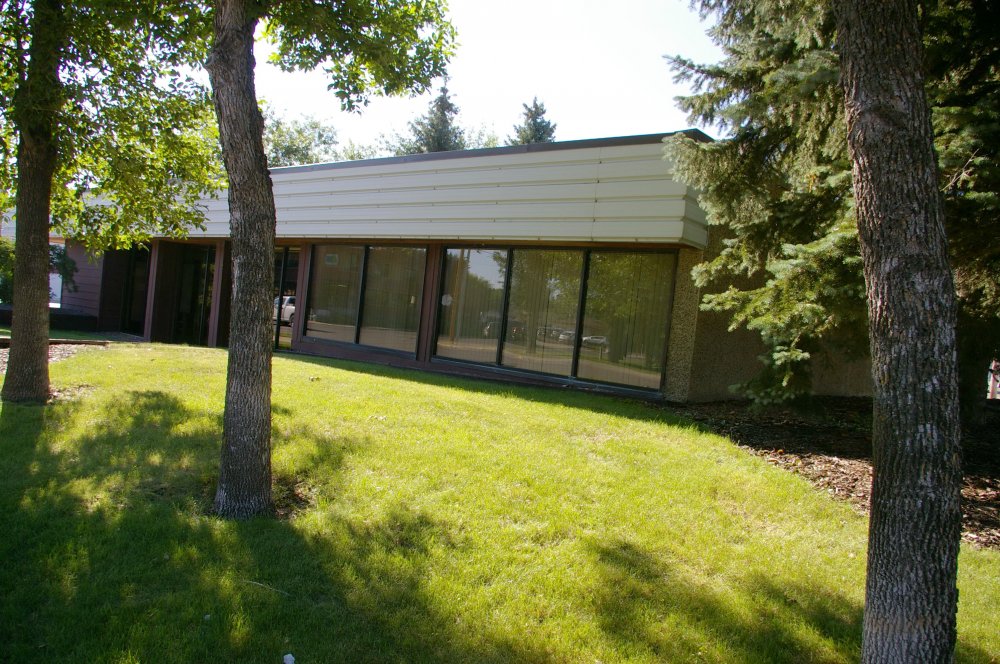