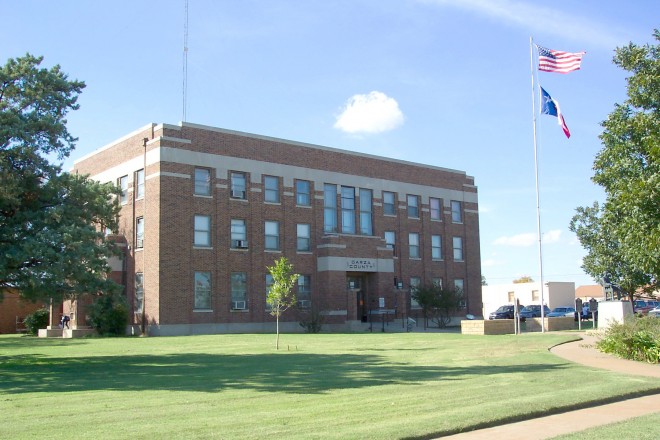 Garza County is named for a pioneer Bexar County family of which Jose Antonio de la Garza was a well-known member. 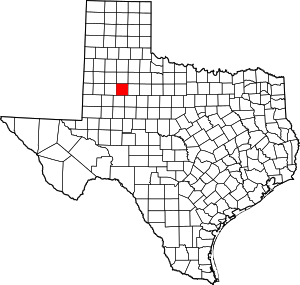 Architect:  Guy A Carlander of Amarillo

Description:  The building faces east and is a three story dark brown colored brick and concrete structure. The building is located on spacious landscaped grounds in the center of Post. The east front has a protruding brick entrance with stone band over the doorway. Above the entrance are three long vertical windows. A wide horizontal white colored stone band runs above the third story windows. There is stone trim along the roof line. In the interior, the courtroom is located at the center of the second story. The building houses the State District Court, Constitutional County Court and County Justice Court. On the west side is a one story annex constructed in 1973.  The architect was Whitaker and Hall and the contractor was Pharr Construction Inc. 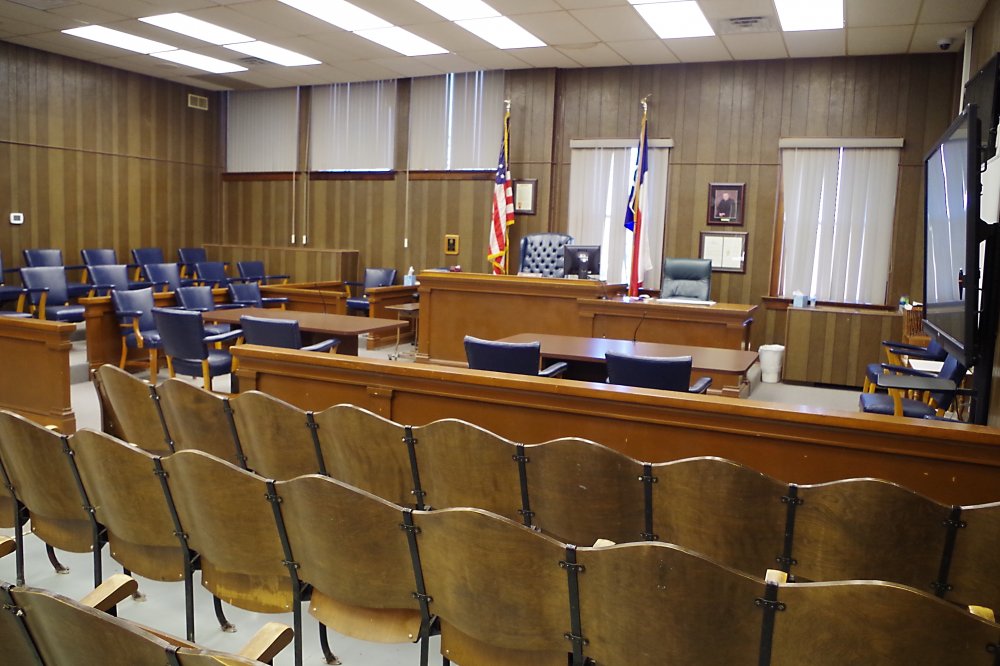 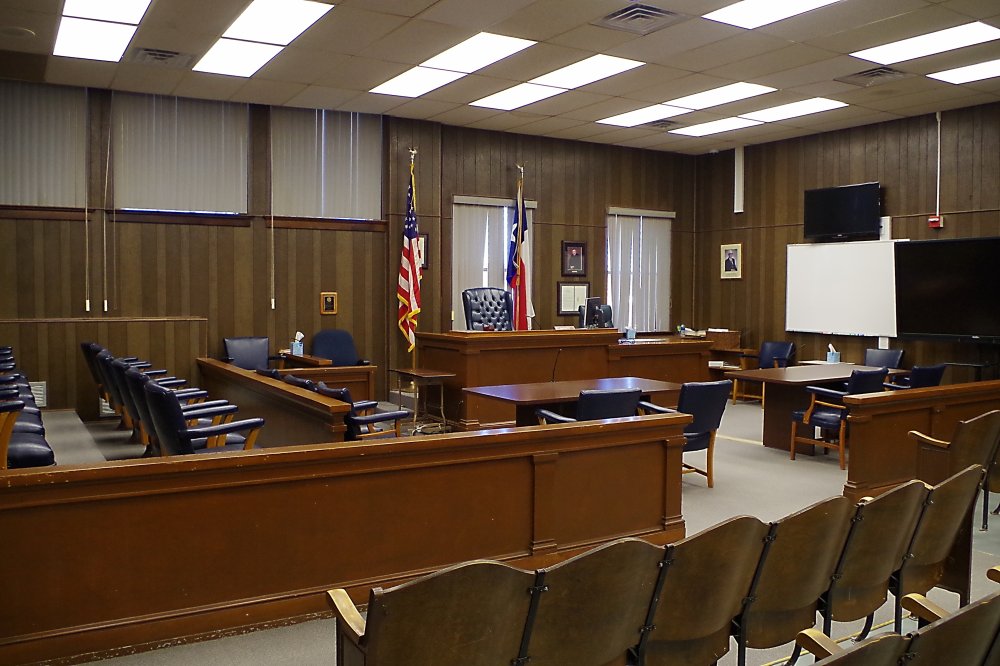 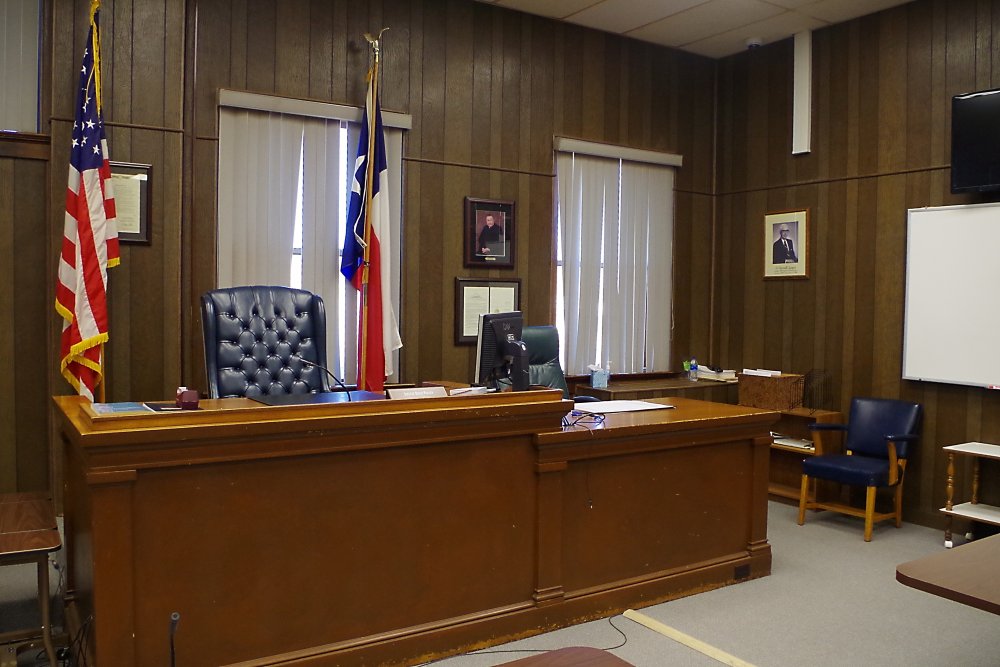 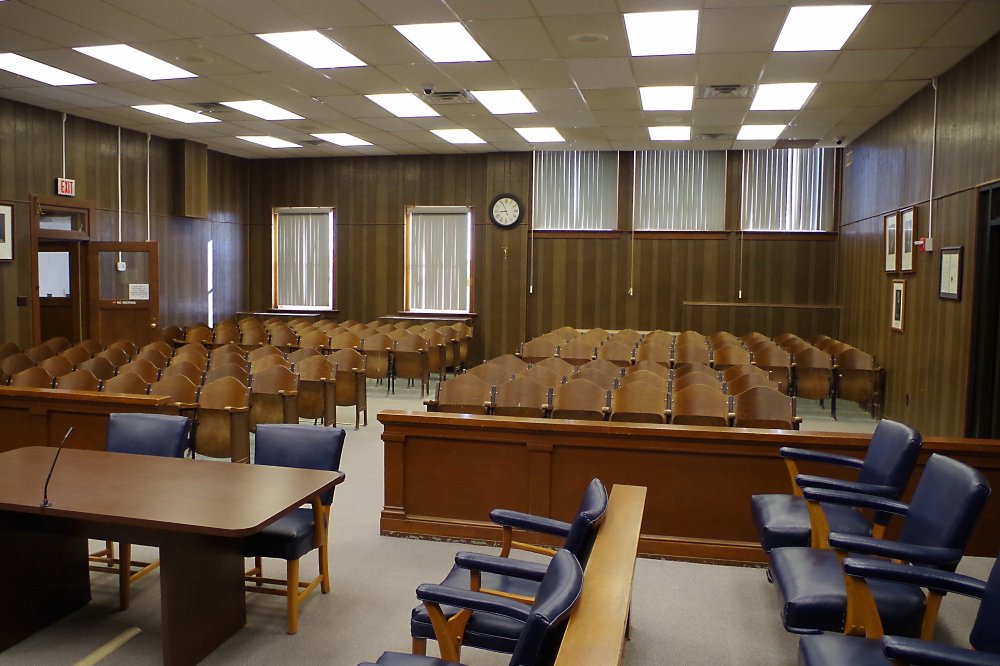 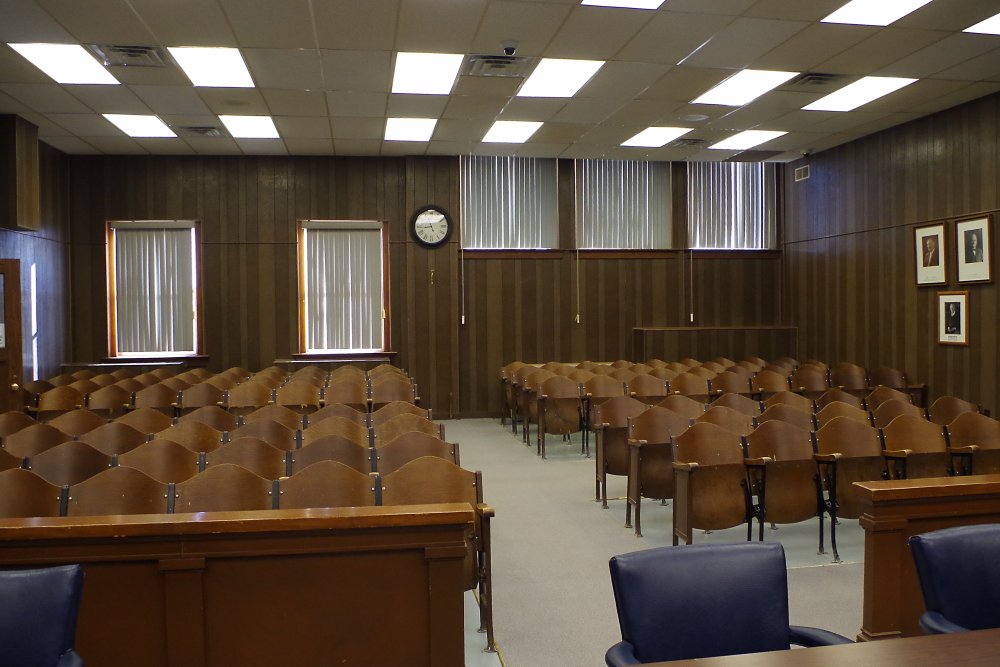 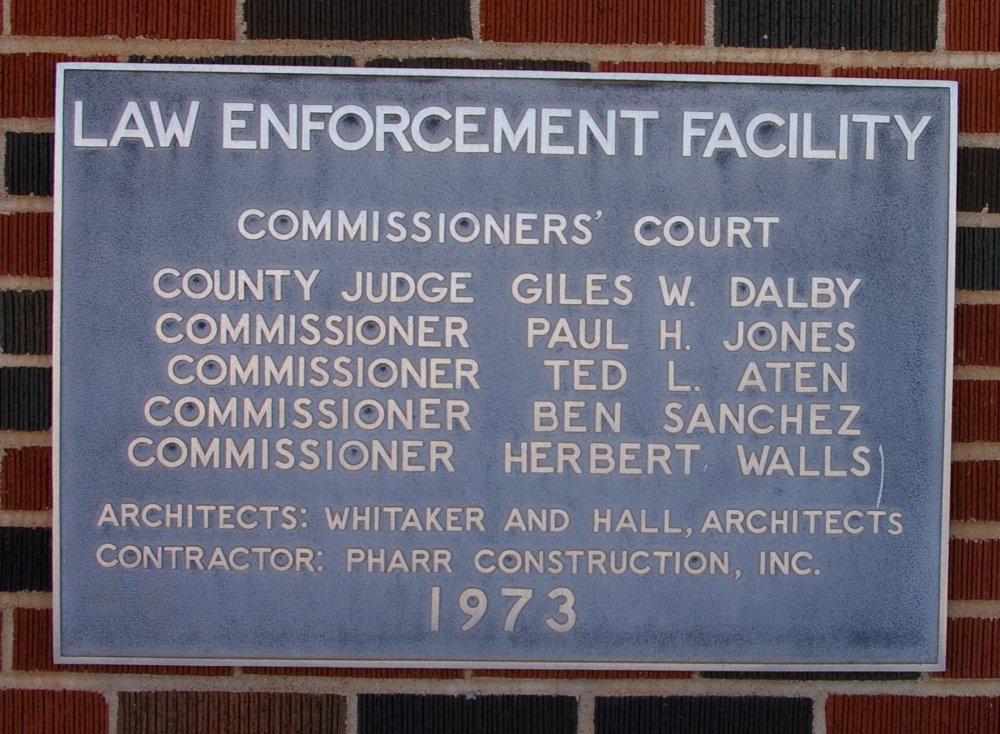 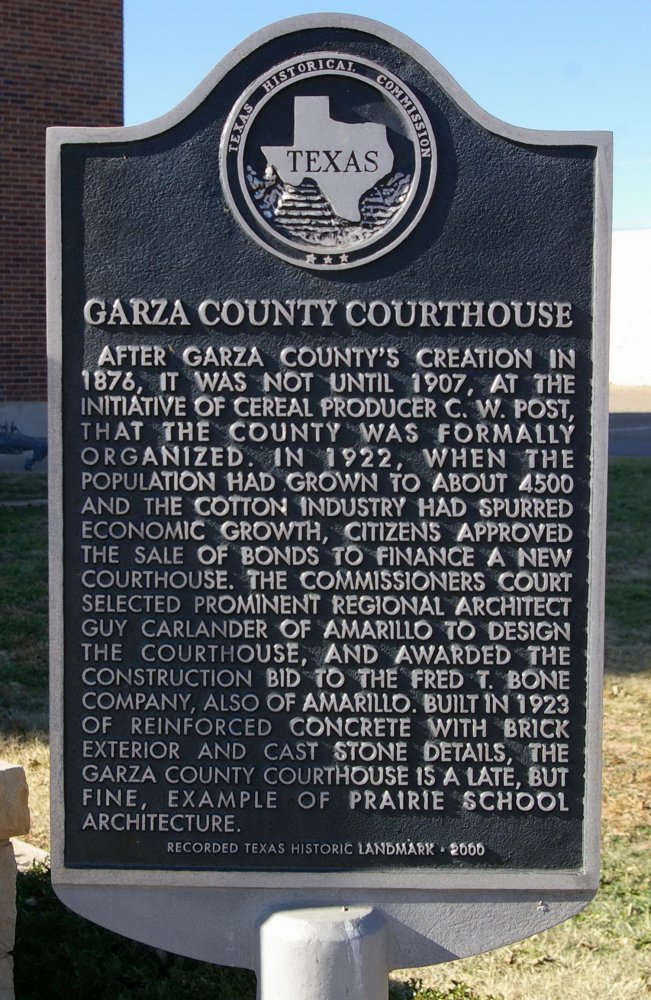 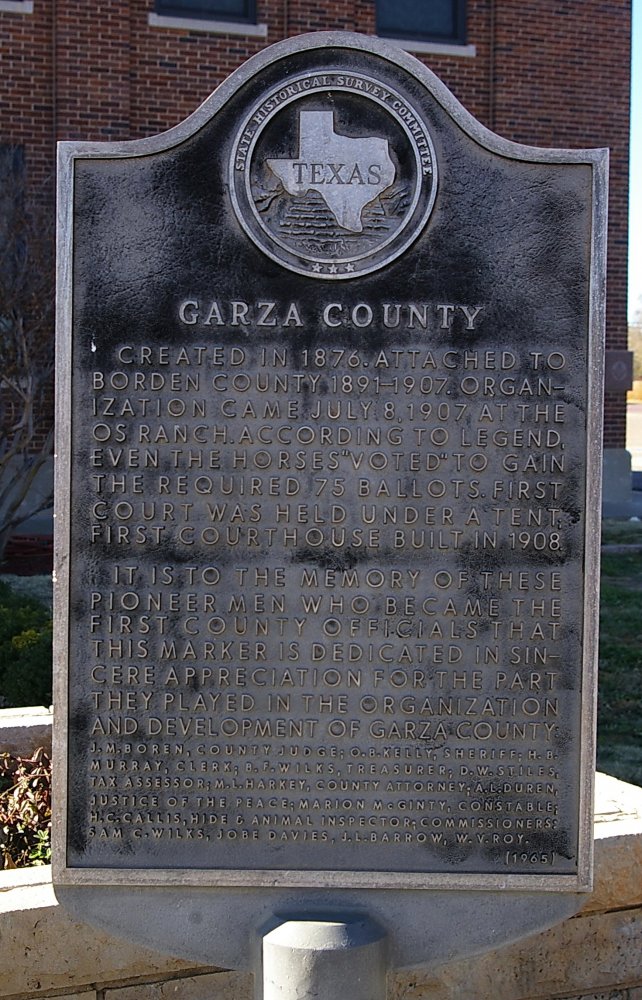 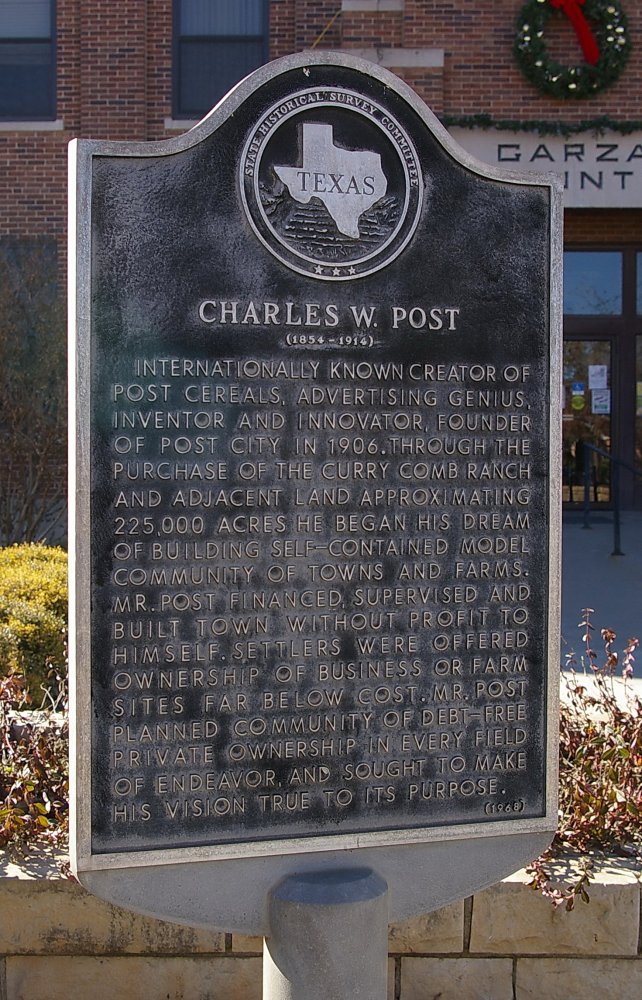