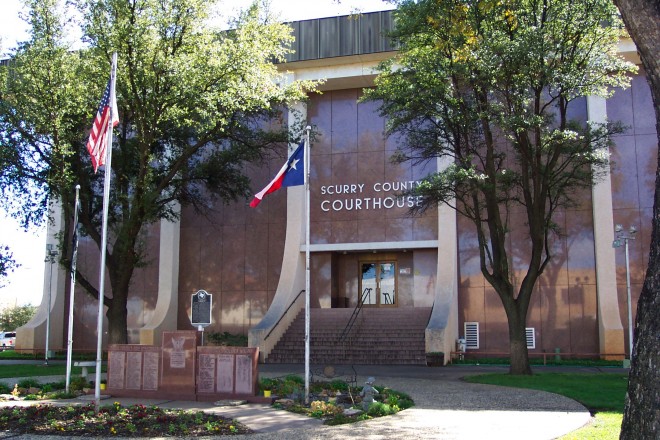 Scurry County is named for William Read Scurry, who was a Texas state legislator and a Confederate general who was killed at the Battle of Jenkins Ferry. 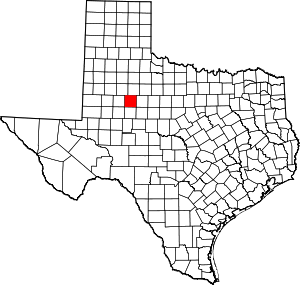 Description:  The building faces north and is a two story brick structure. The building is located on landscaped grounds in the center of the city. The tower was removed in 1950, and in 1972, the building was remodeled and faced with polished reddish colored granite. Large vertical cement buttresses divide the exterior. Around the roof line is a wide black colored band atop the concrete header of the buttresses. The north side has the recessed main entrance. The District Court courtroom is located on the west side of the third story and the County Court courtroom is located on the east side of the second story. The architect for the remodeling was Joseph D Hinton and the contractor was Herman Bennett Company. 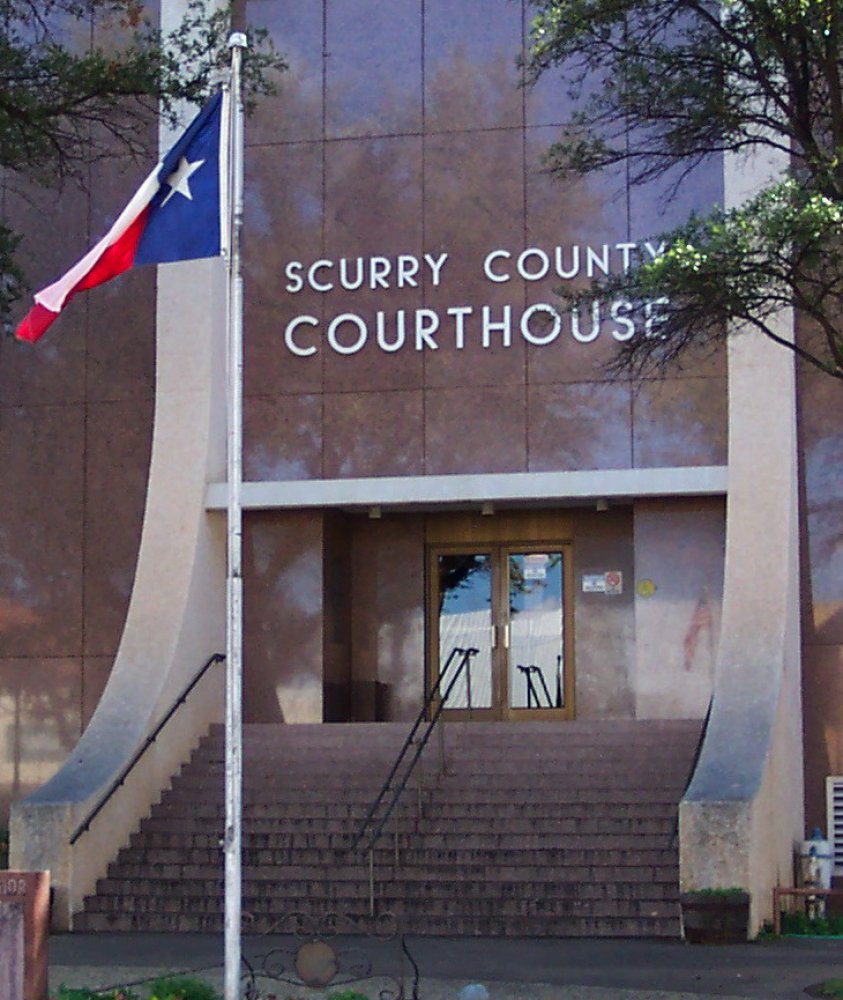 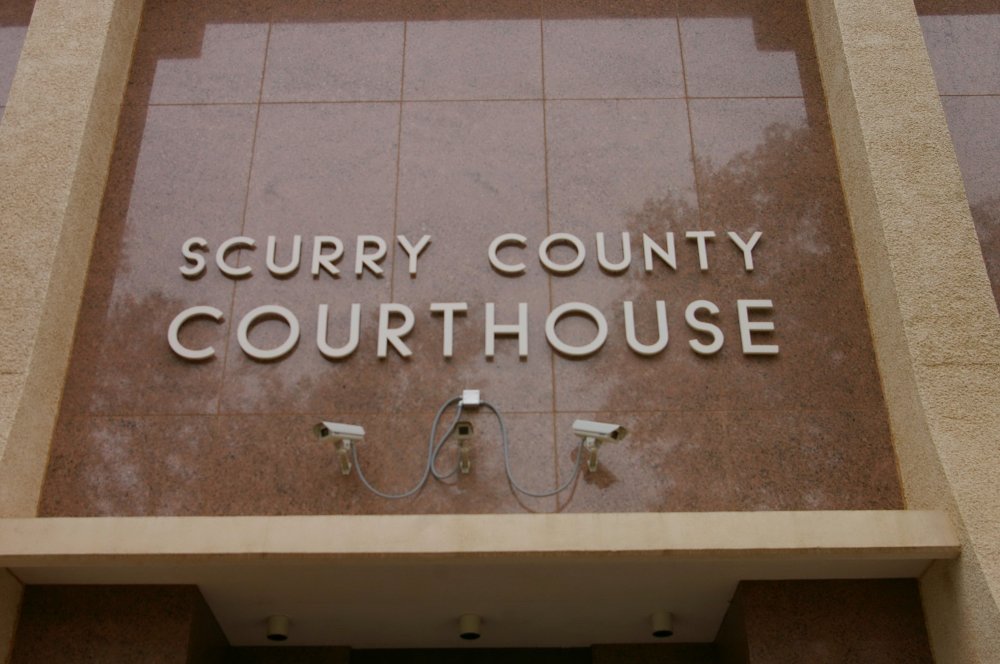