Galveston County is named for Bernardo de Galver, who was a Spanish governor of the Louisiana Territory and an ally of the United States during the American Revolution. 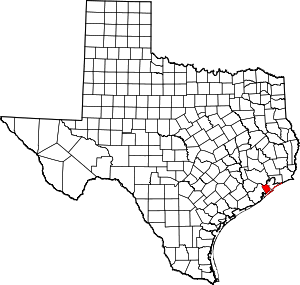 Description:  The building faces west and is a six story concrete and glass structure. The building is located on landscaped grounds in the center of Galveston. On the west side of the building is a treed plaza. The first story has a wide brown colored band of concrete supported by concrete pillars. The upper stories have a concrete lattice over the recessed windows. The roof line is flat. Description:  The building faces south and is a five story concrete, brick glass and metal structure. The building is located on landscaped grounds on the west side of the center of Galveston. The center section has a round tower with reflective glass on the upper stories. The wings also have reflective glass with square brick towers at the corners. The roof line is flat.