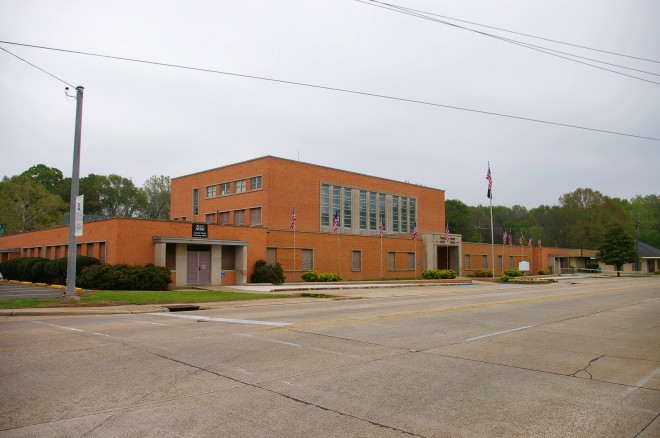 Description:  The building faces south and is a three story red colored brick and concrete structure. The building is located on landscaped grounds in the center of Winnsboro. The center section rises three stories with a central recessed entranced framed with stone. The east and west wings are one story. The roof line is flat. The large Parish District Court courtroom is located on the south side of the second story. The building houses the Parish District Court of the 5th Judicial District, The building was renovated and an addition was added in 1980. The architect was William R Burk – Associates and E Ray Couchran – Associate of Winnsboro and the contractor was Earl Walker Construction Company of Sicily Island. 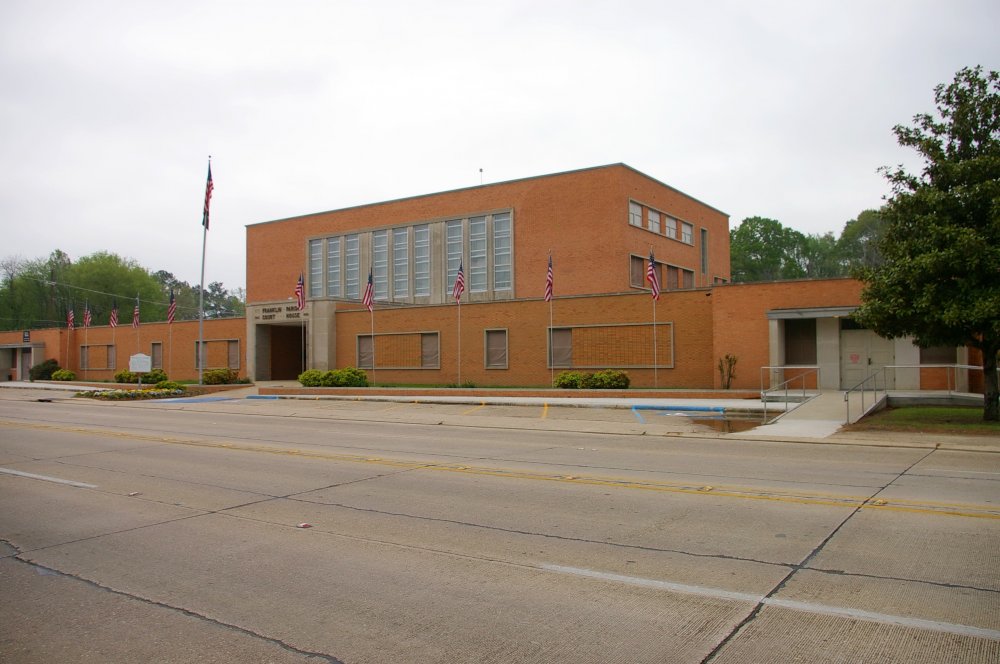 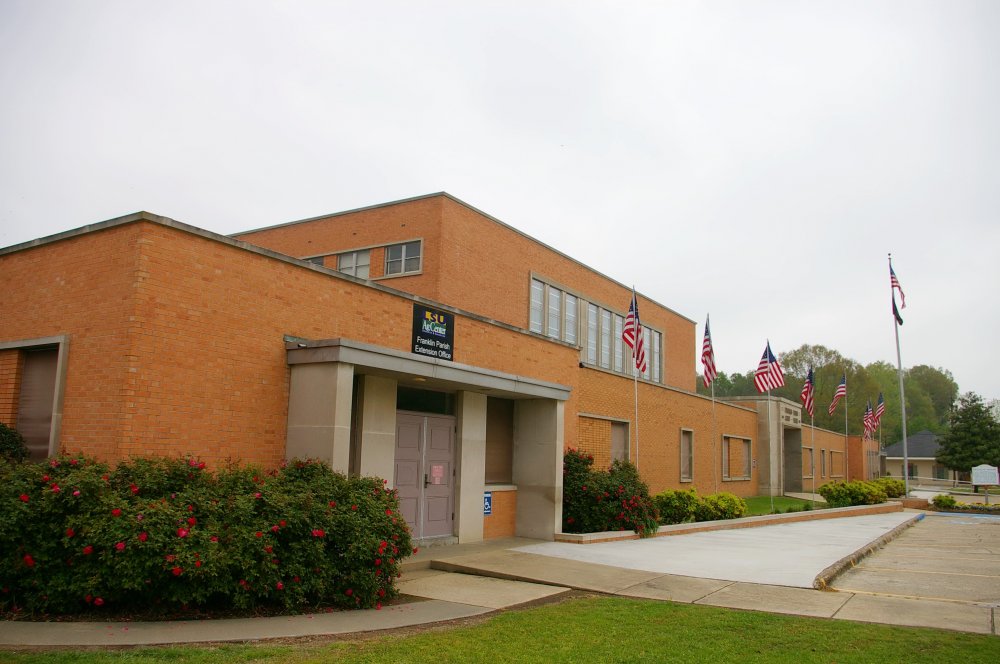 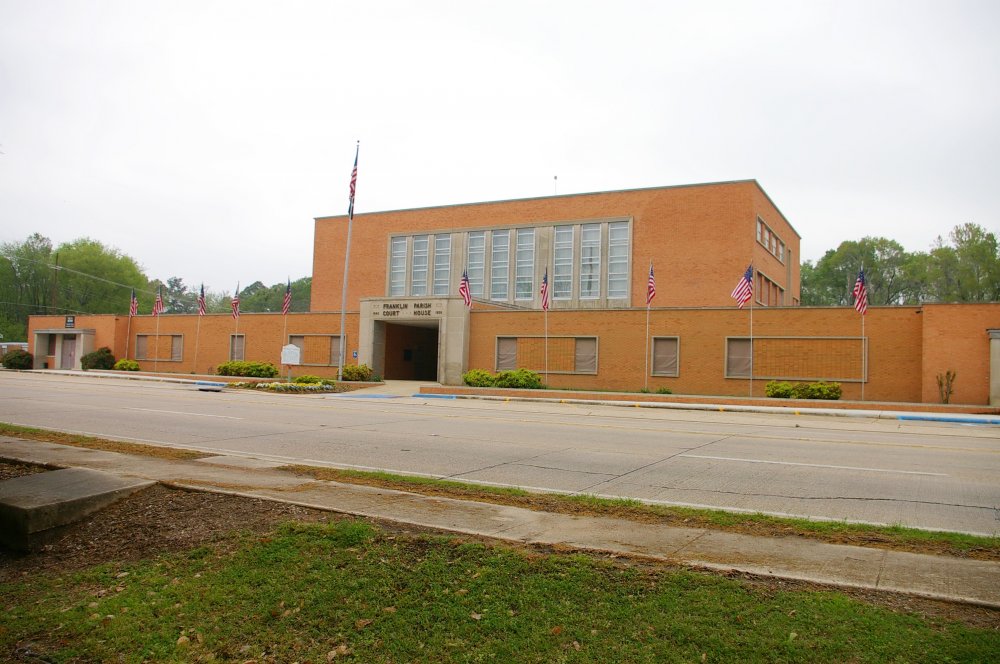 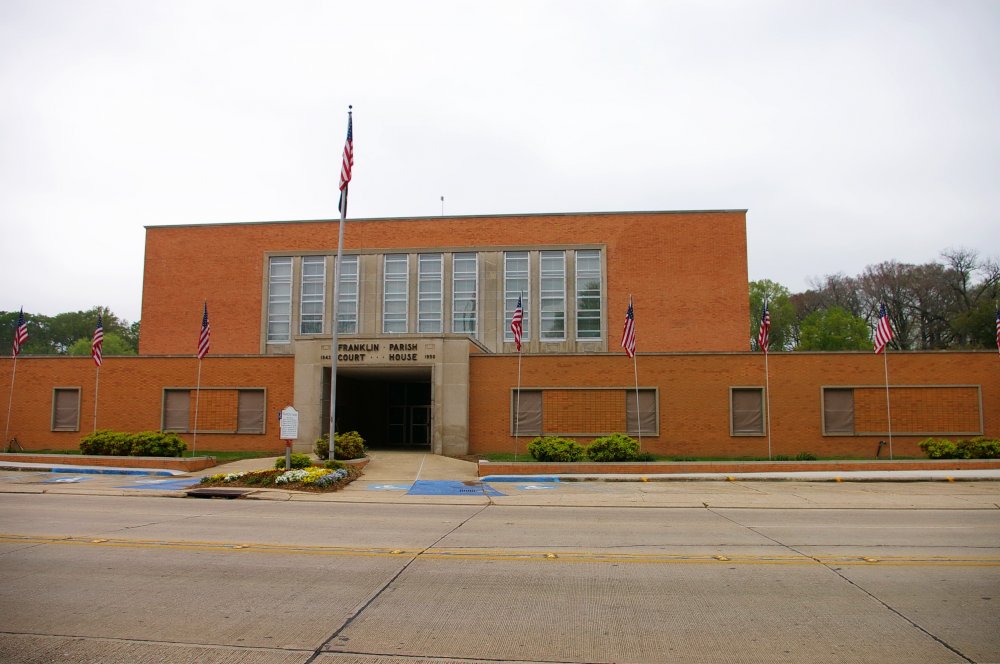 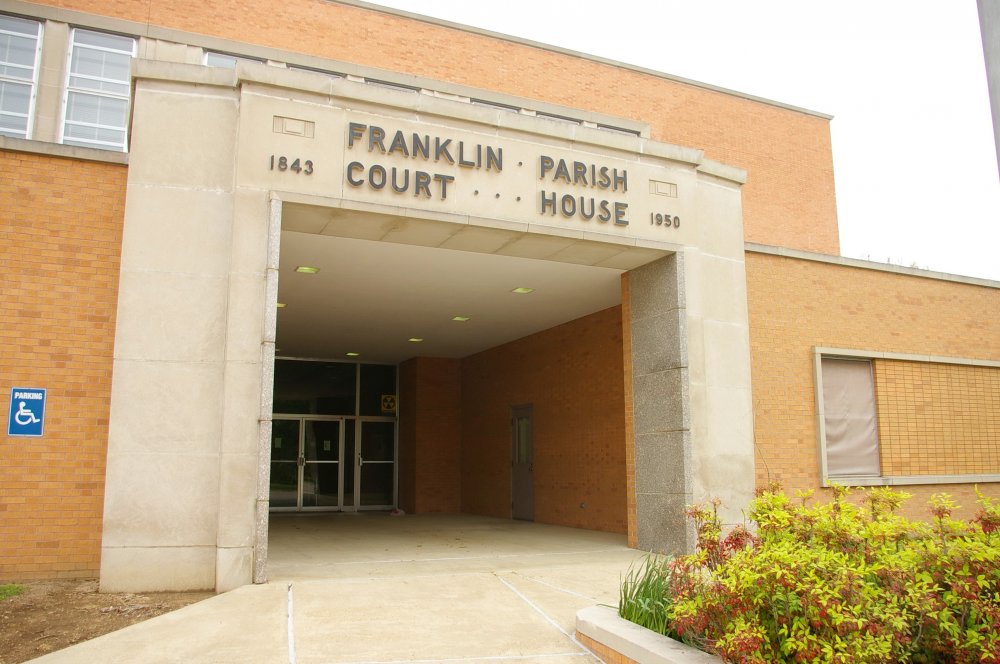 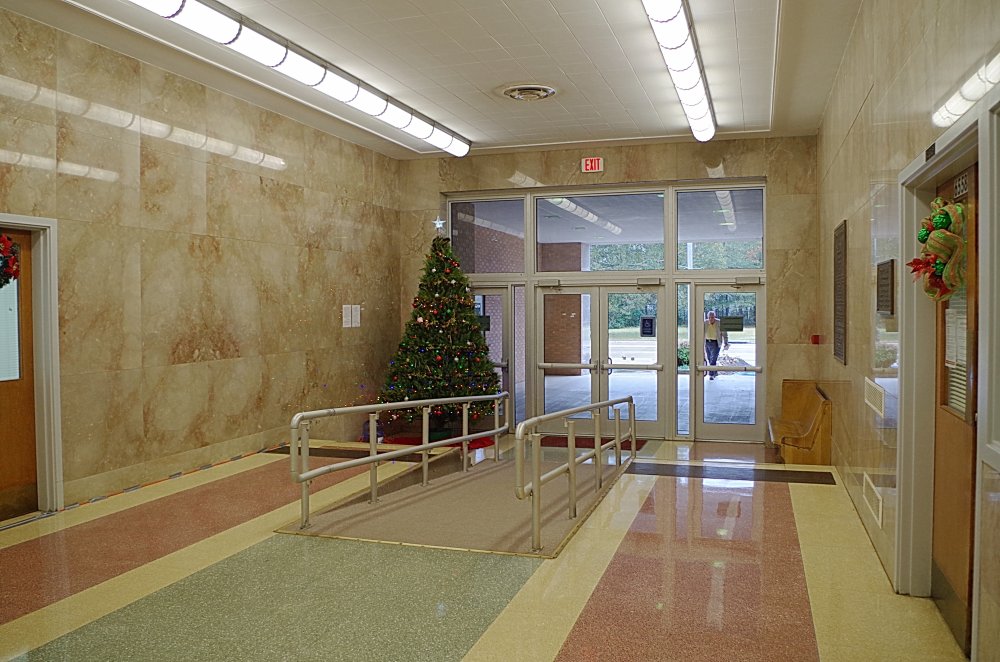 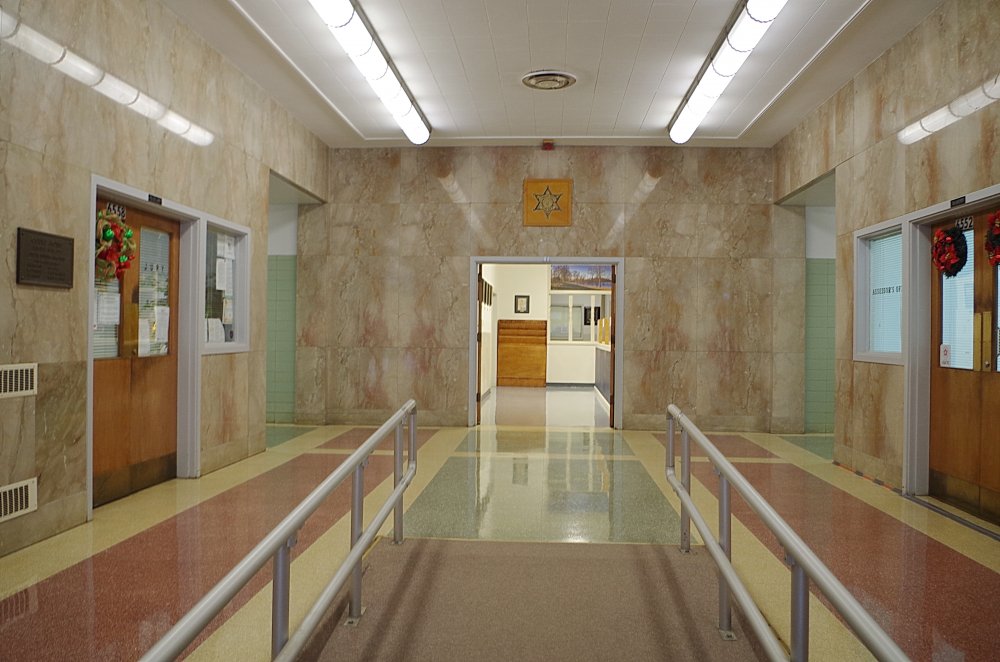 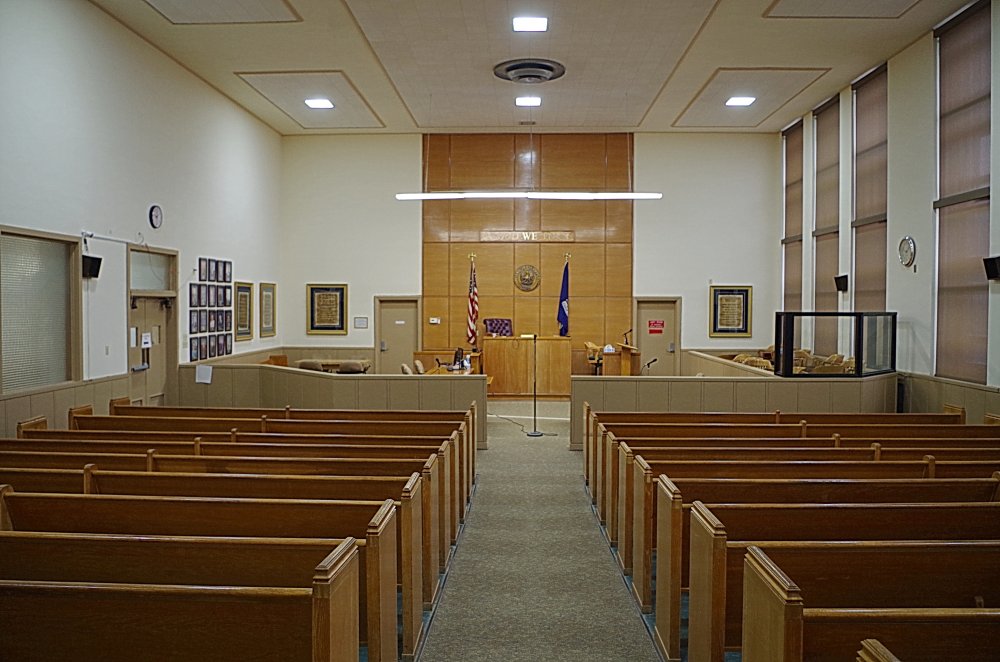 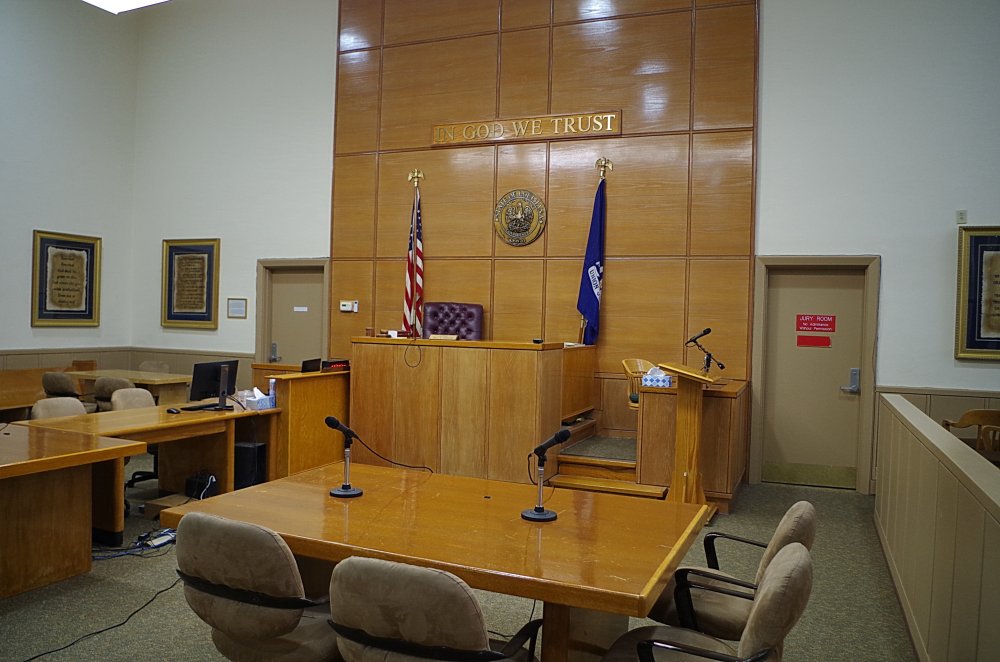