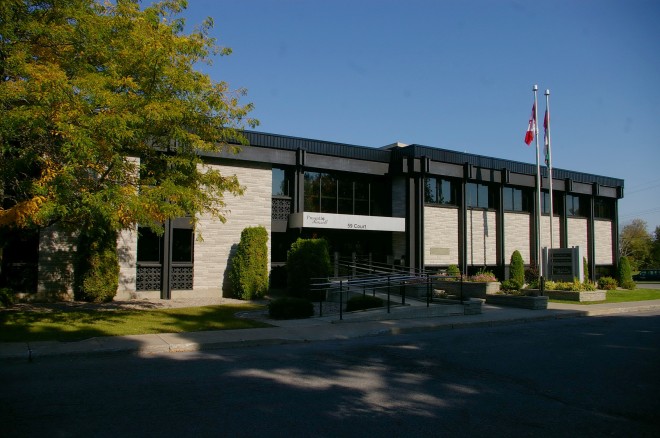 Prescott County is named for the Major General Robert Prescott, Governor of Canada at the time the county was formed in 1800, and Russell County was named for Peter Russell, who was a general accountant of public funds and who came to Canada with John Graves Simcoe, the first Lieutenant Governor of Upper Canada.

Description:  The building faces southwest and is a two story buff coloured limestone and concrete structure. The southwest front has a central recessed entrance on the first story with canopy and glass windows above. Brown coloured dividers are between the high windows on the south side  and the vertical windows on the north side. The roof line is flat. The building is connected to the Old Gaol on the northwest side which houses the Ontario Superior Court on the second story.. 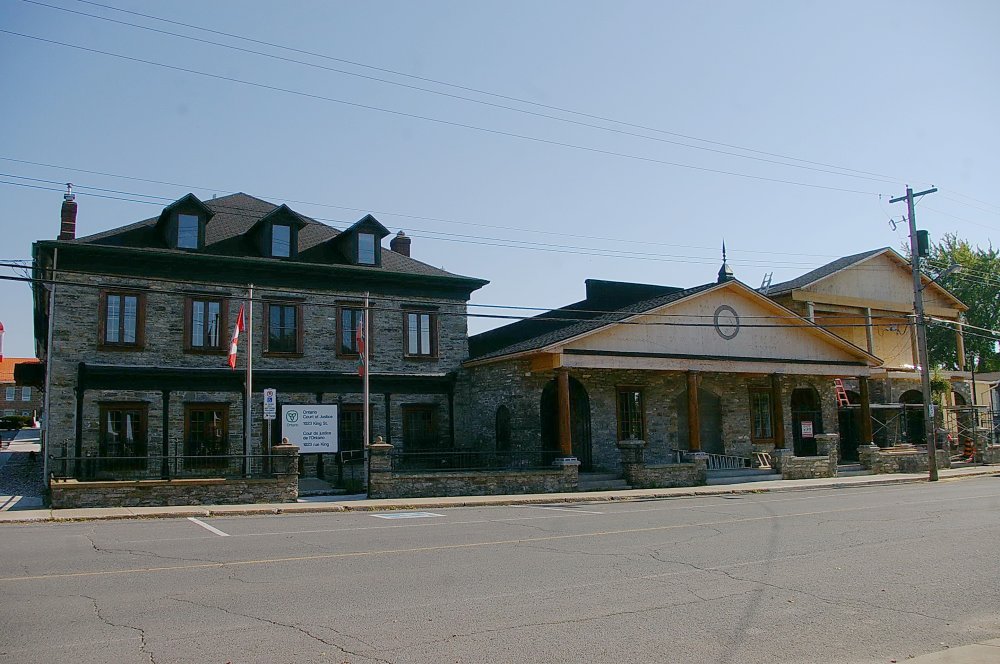 Description:  The building faces northwest and is a two story stone and wood structure. The northwest front has a central entrance on the first story with horizontal brown coloured band running between the first and second stories. On the hipped roof are three dormers. The building houses the Ontario Justice Court. 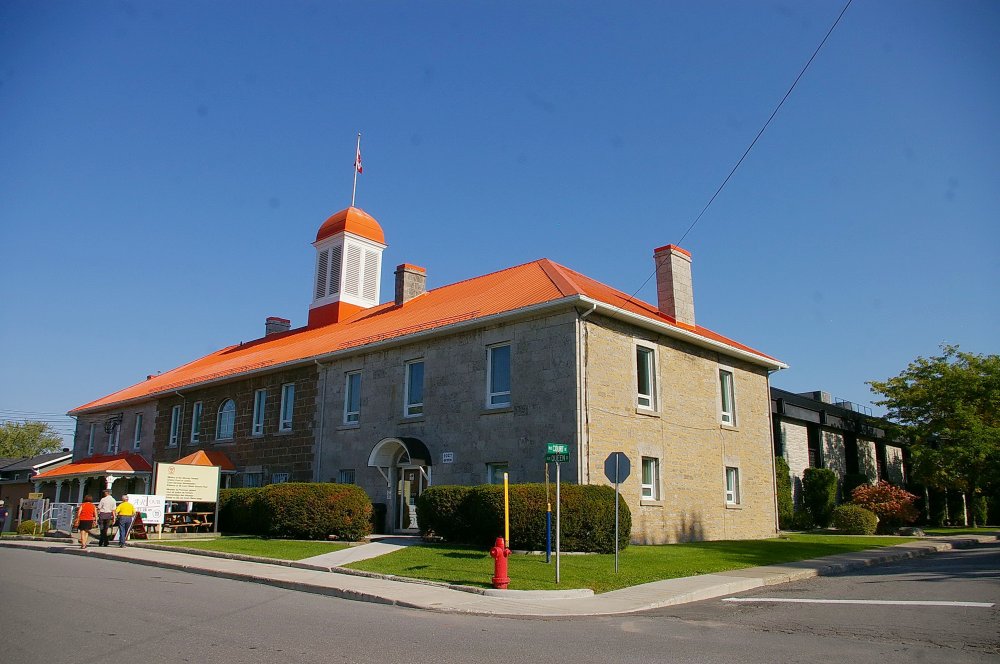 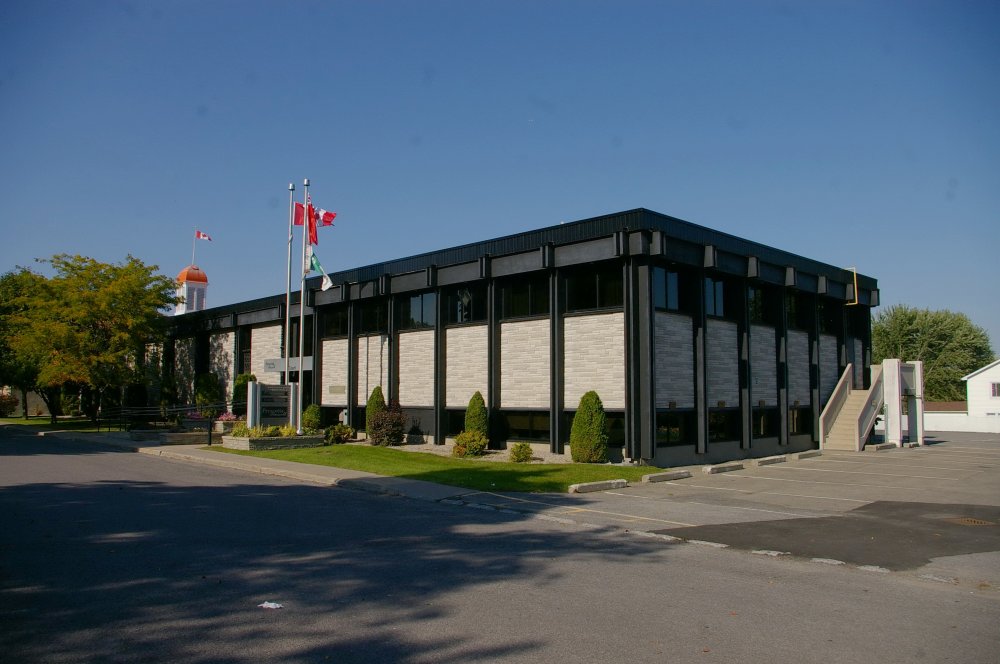 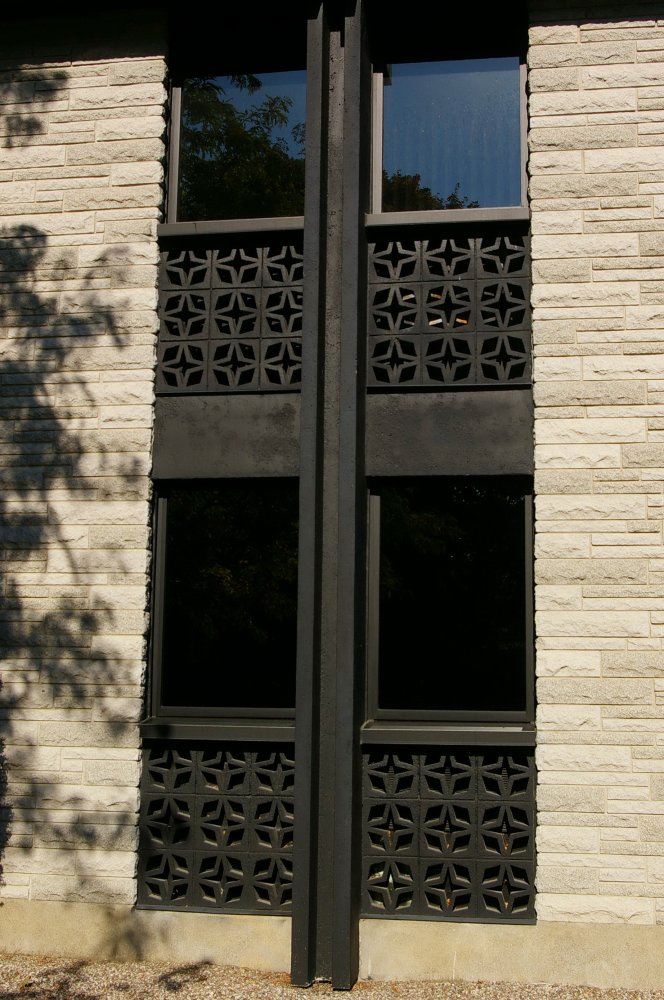 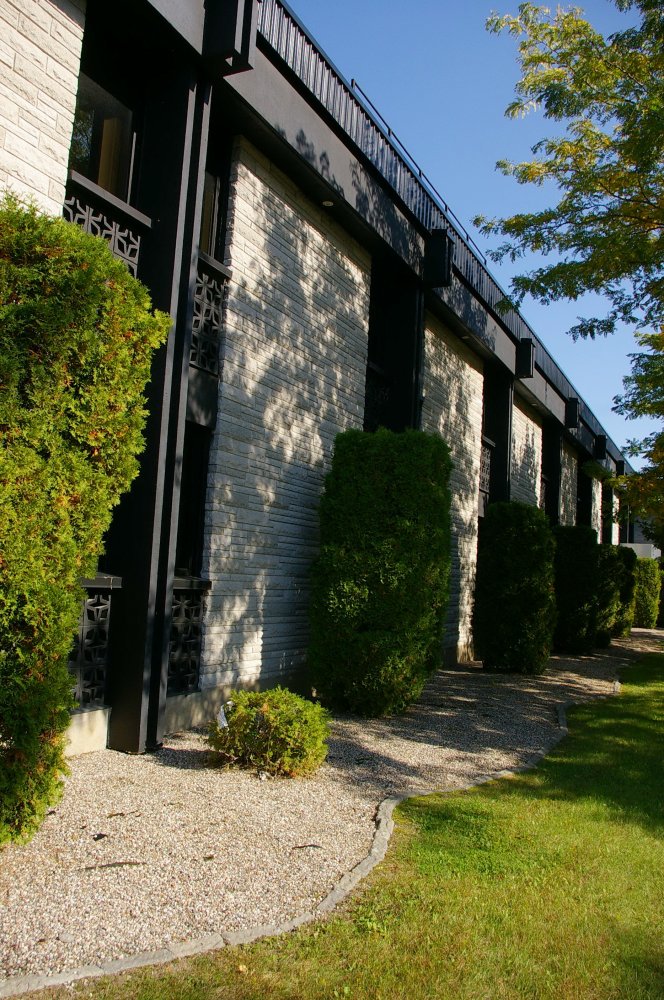 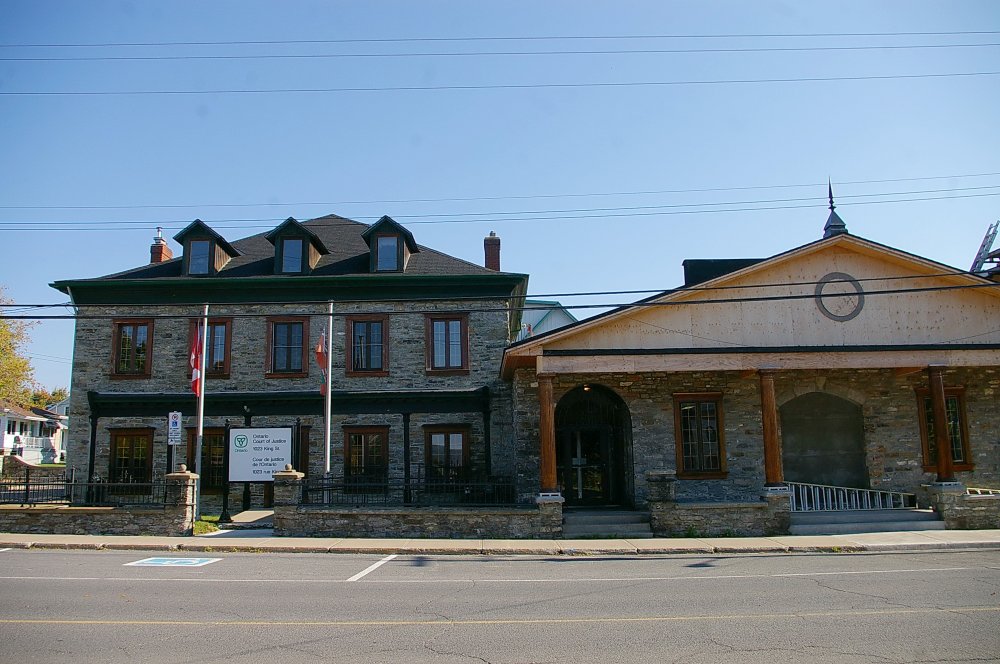 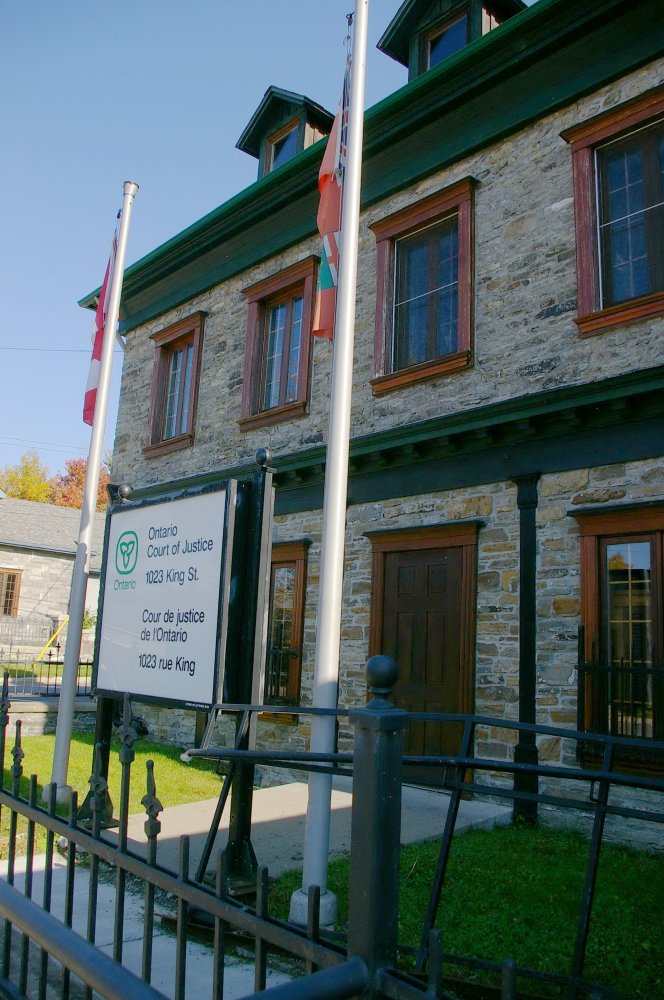 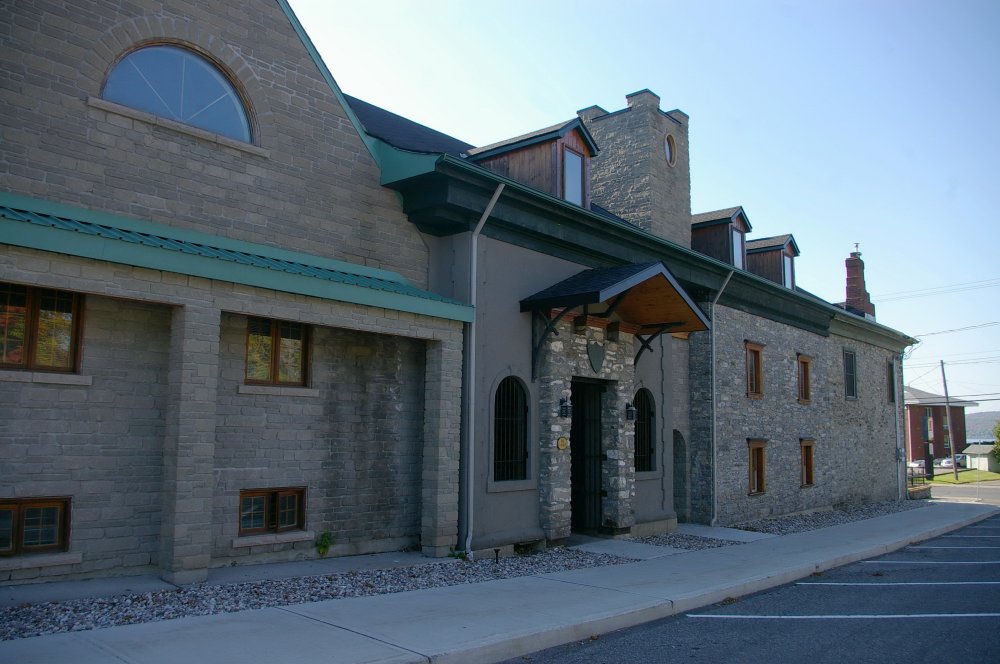 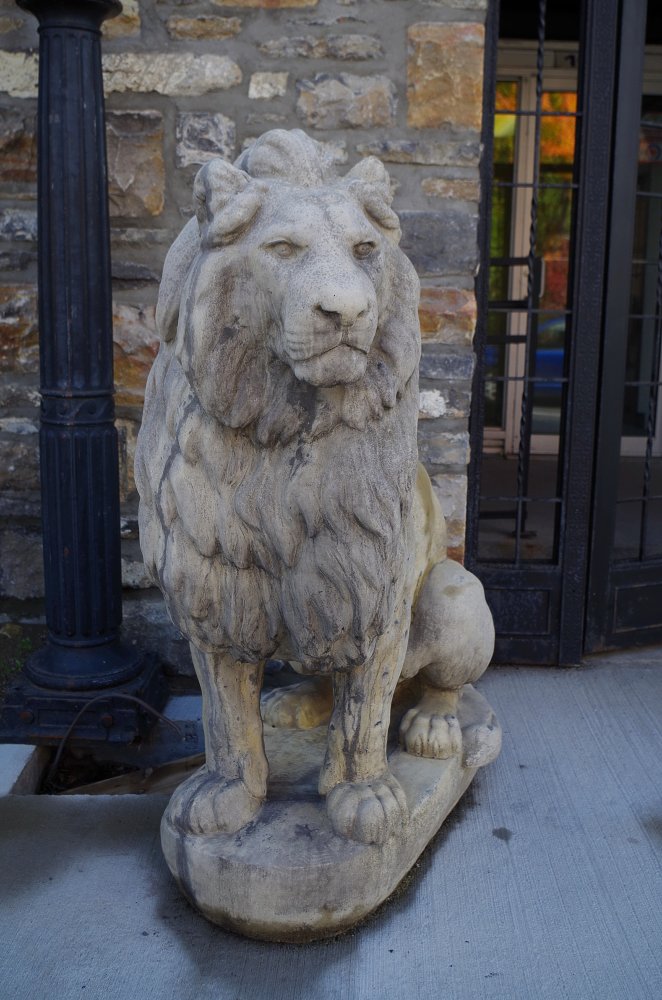