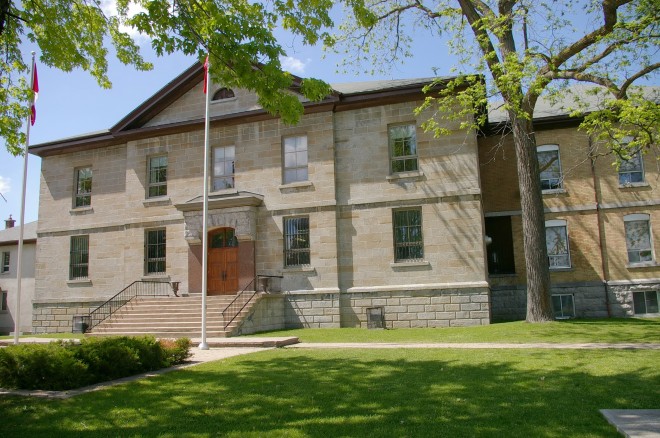 Description:  The building faces east and is a two story limestone structure. The east front has a central stone framed entrance. The centre section projects slightly from the main building and rises to a pediment at the hipped roof. A projecting horizontal belt runs between the first and second stories. The building was constructed as the Eastern District Courthouse and became the Stormont County Courthouse. A buff coloured brick addition was constructed on the north side. On the west side is a modern concrete and glass addition which houses the County Administration.

Note:  The cost of construction was five thousand pounds. 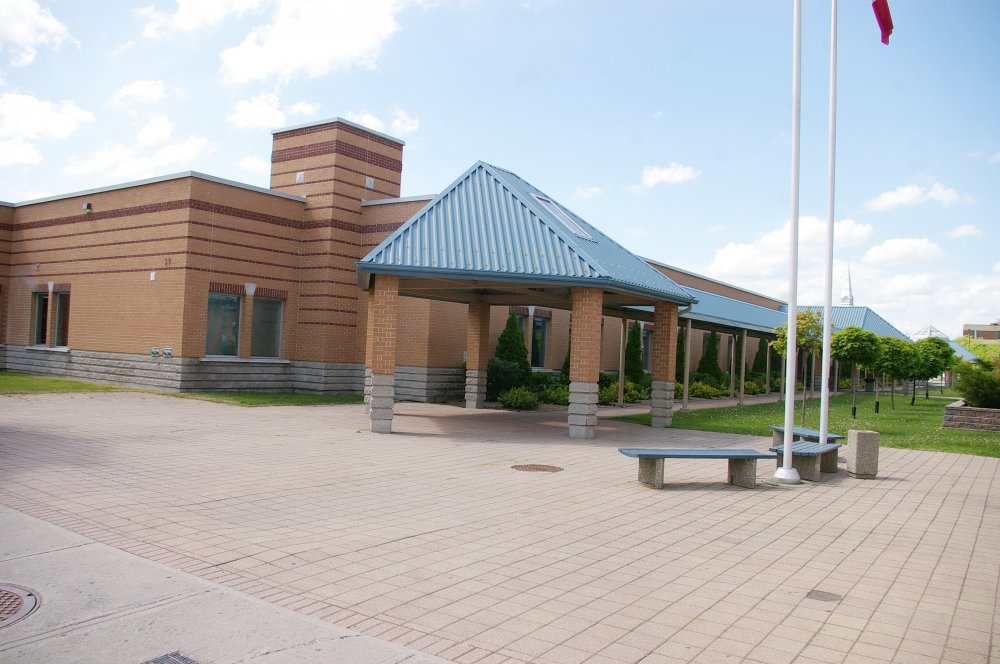 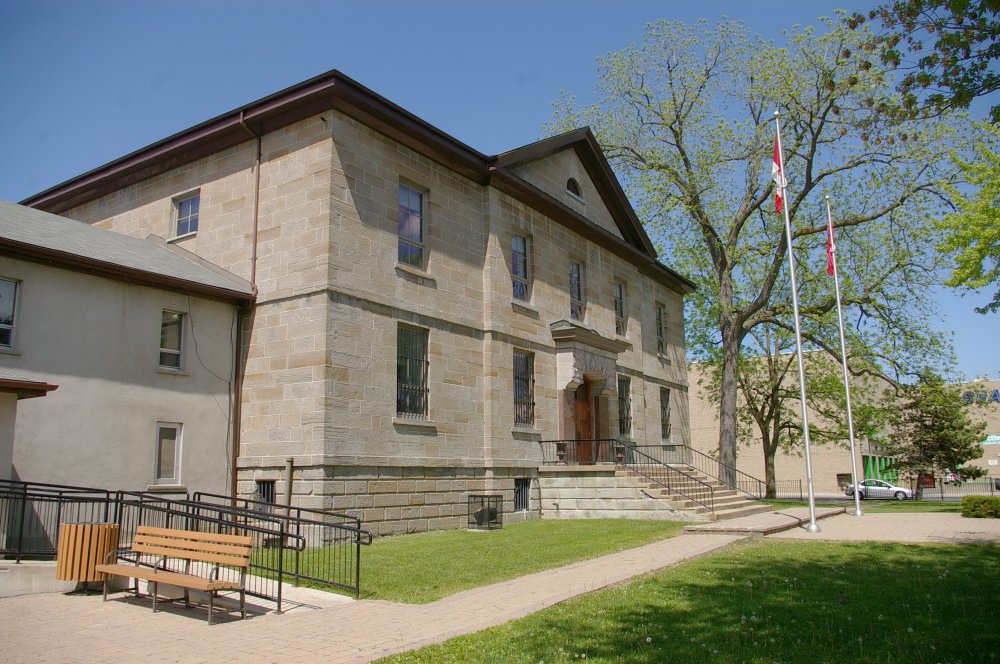 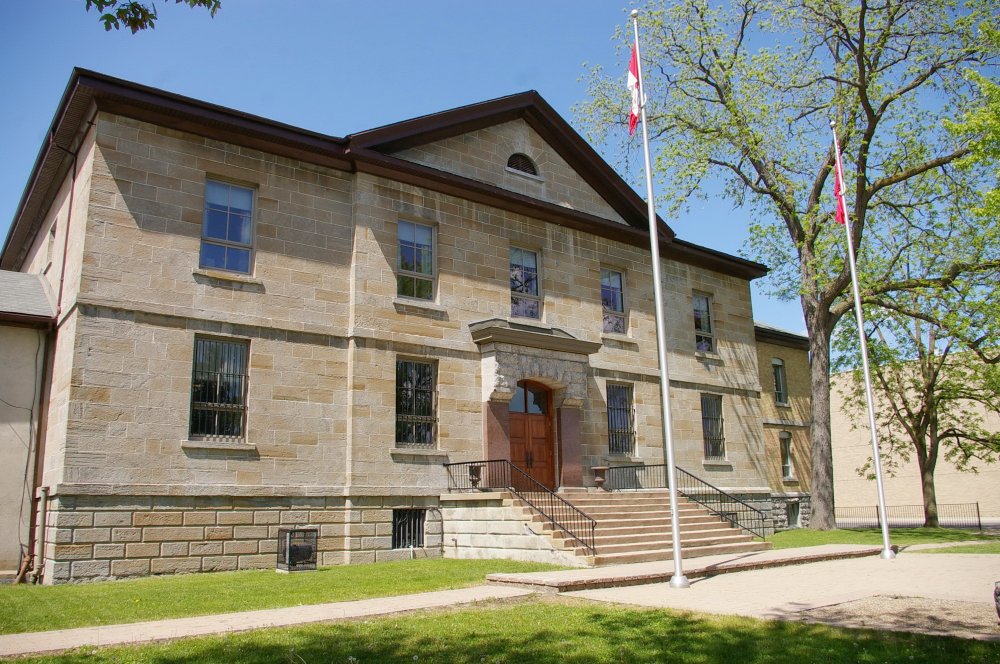 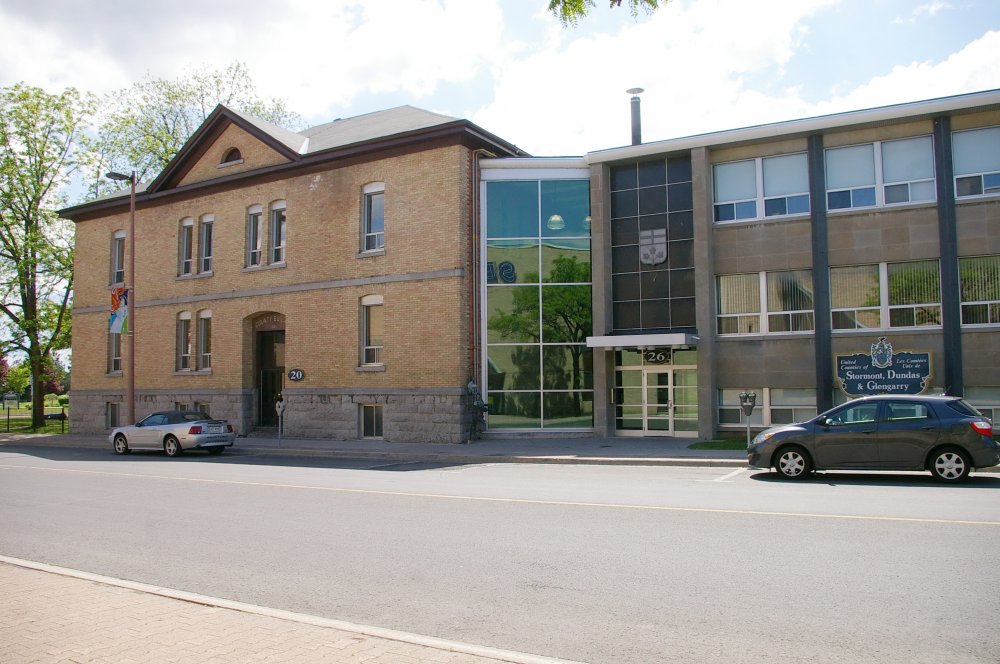 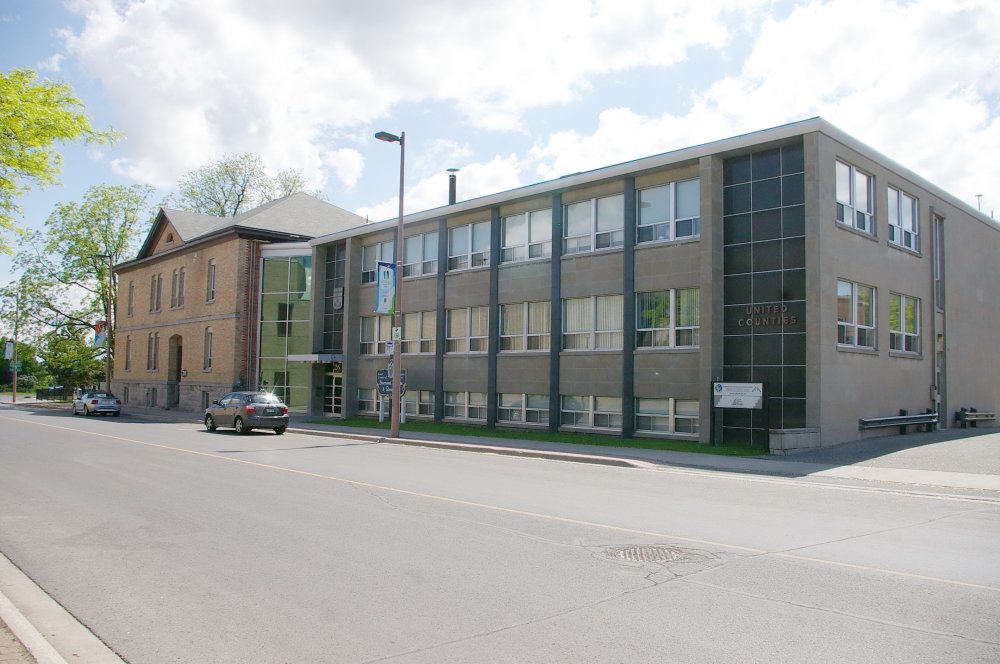 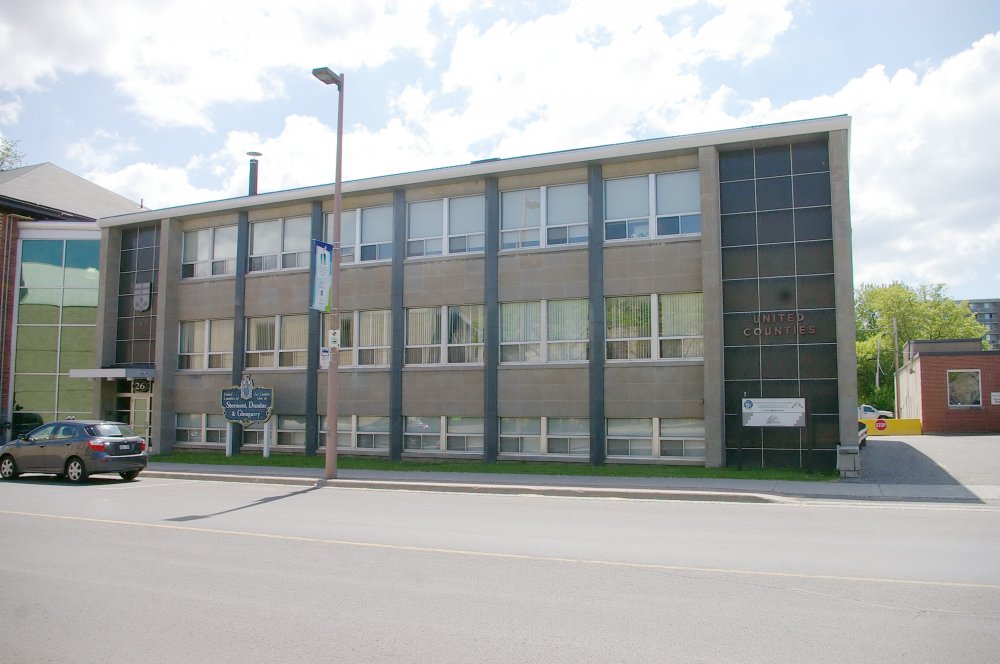 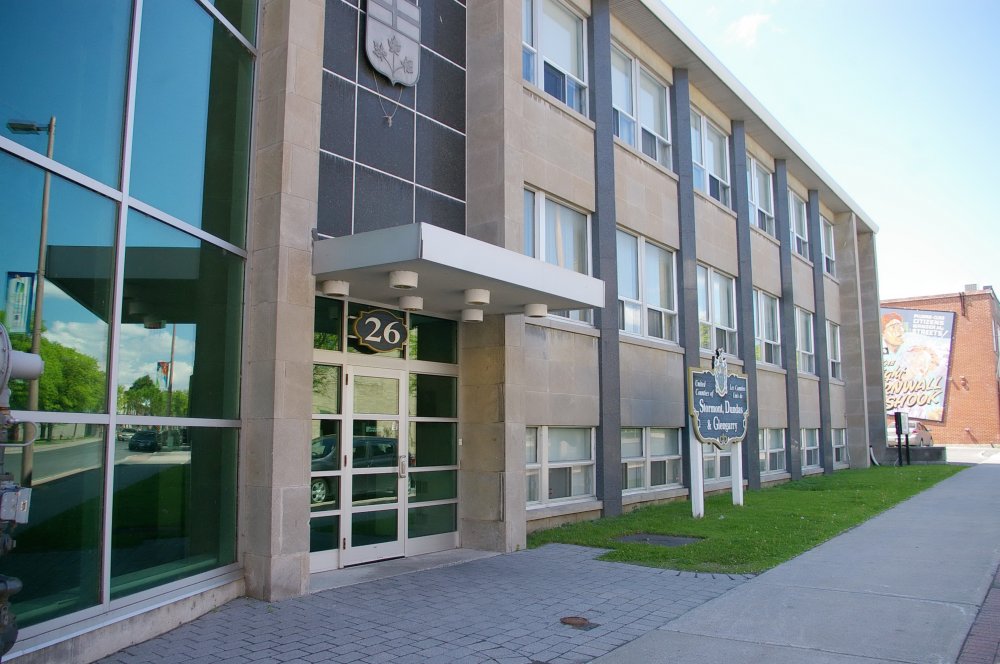 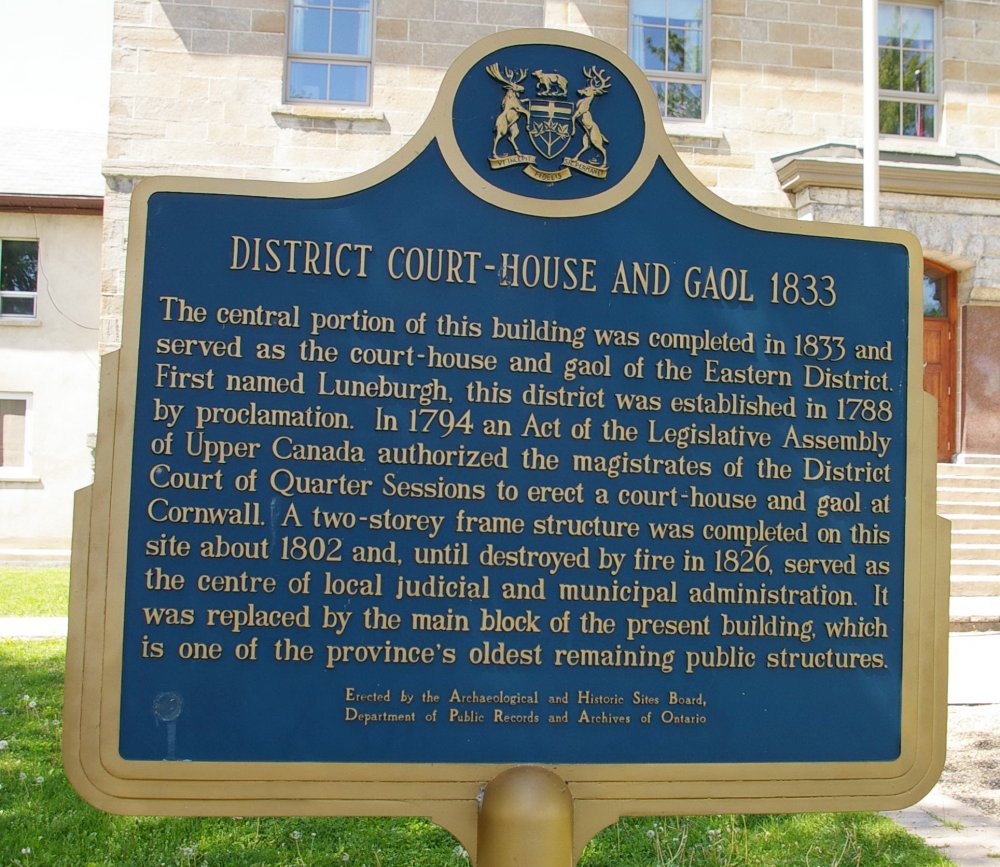 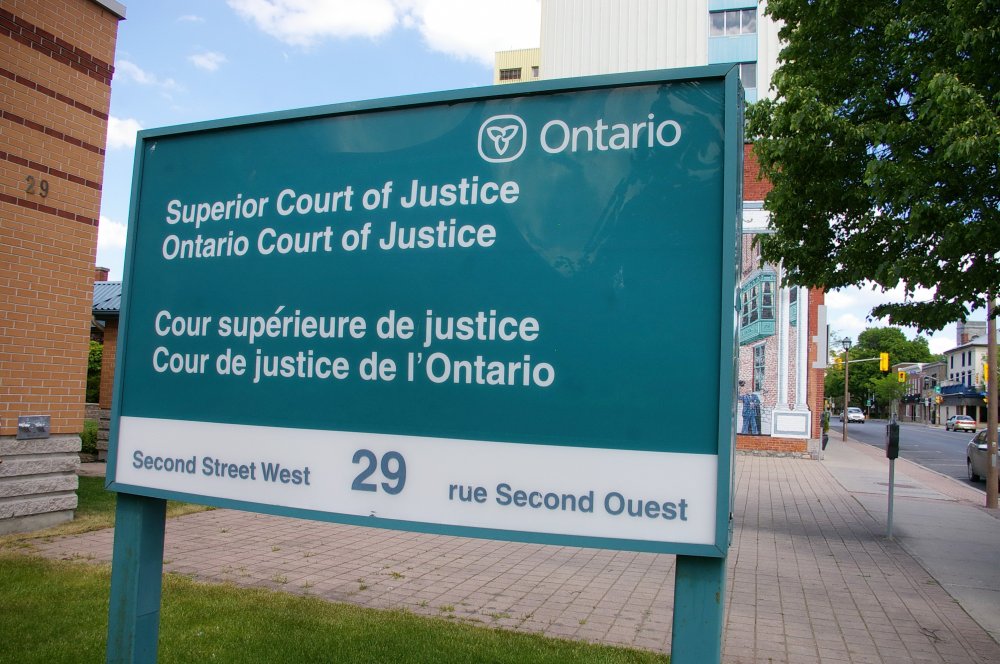 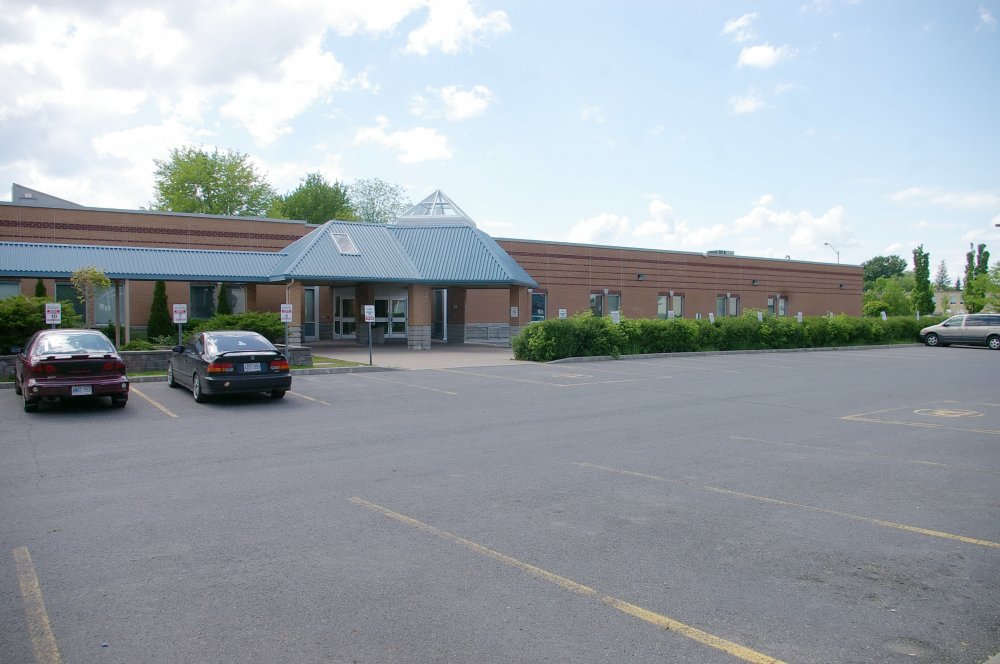 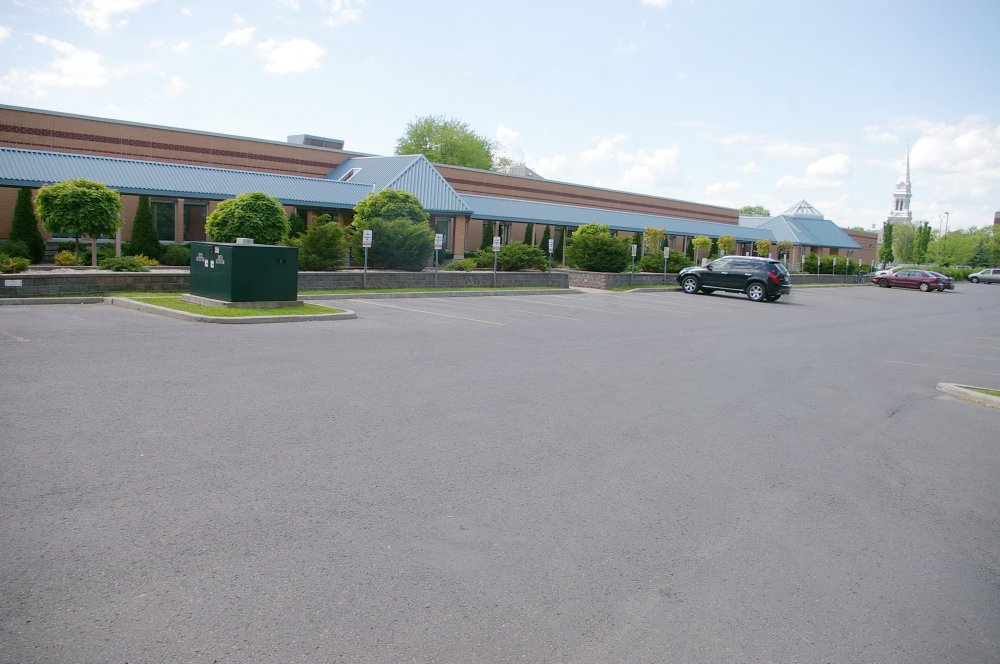