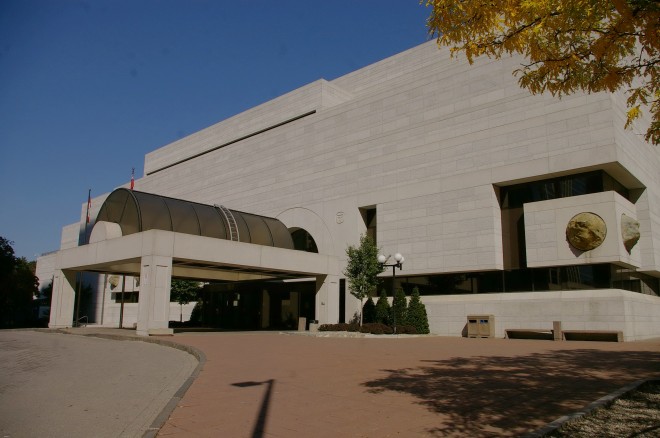 Ottawa-Carleton Regional Municipality County is named for an Algonquian tribe the “Ottawa” which name means “to trade” or “meeting place” and for Guy Carleton, who was the 1st Baron Dorchester. 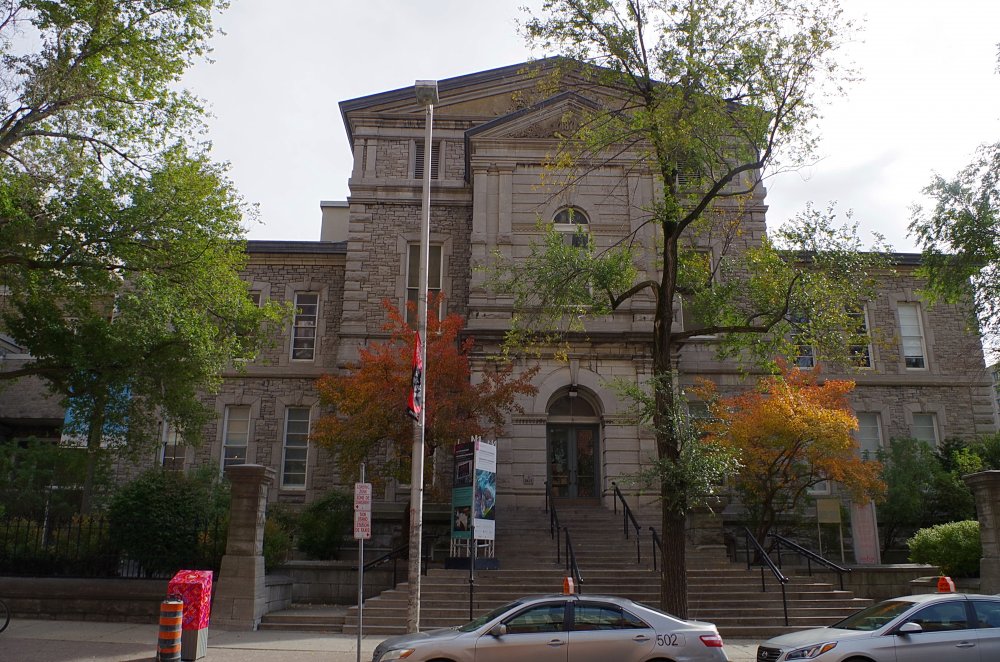 Description:  The building faces north and is a three story grey coloured limestone Italianate style structure. The building is located on landscaped grounds on the north and west sides. The east and west wings are two stories. The north front has a projecting central section with arched entrance on the first story. Above is an arched window on the second story with pediment at the roof line. The roof is hipped. The building houses the Ottawa Art Gallery with a new addition constructed on the east side..

Note: On the south side of the courthouse is the old jail designed by Henry Horse and built in 1866.

See:  Located in Ottawa is the Canada Supreme Court 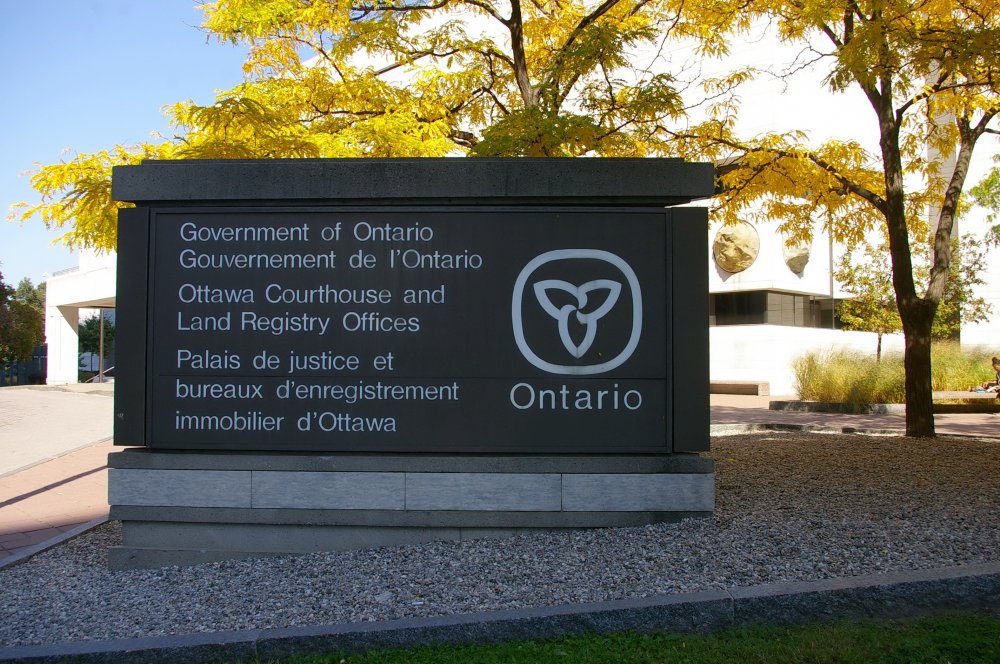 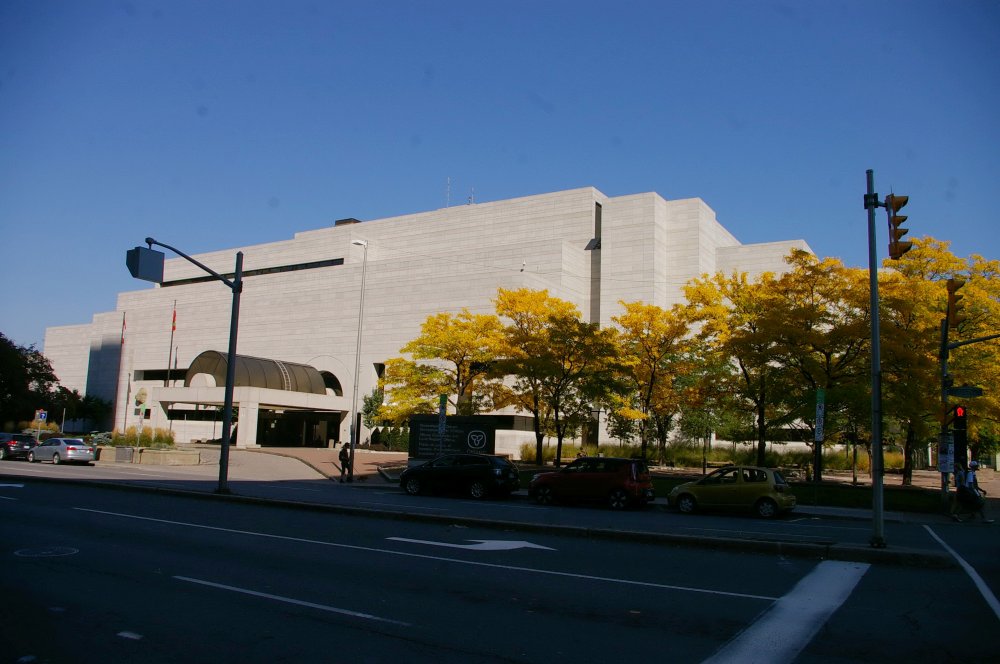 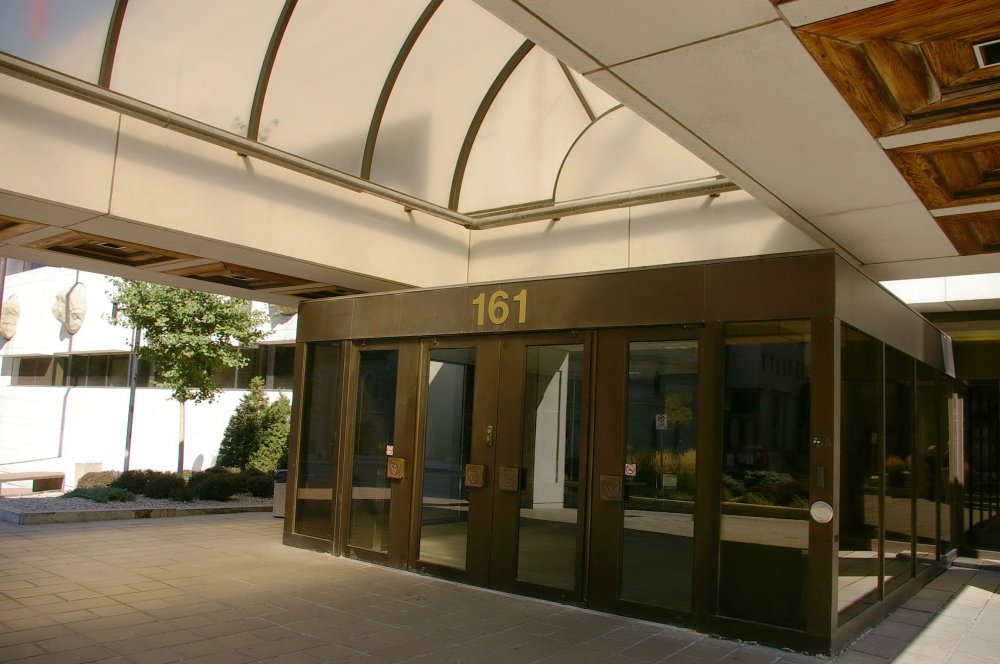 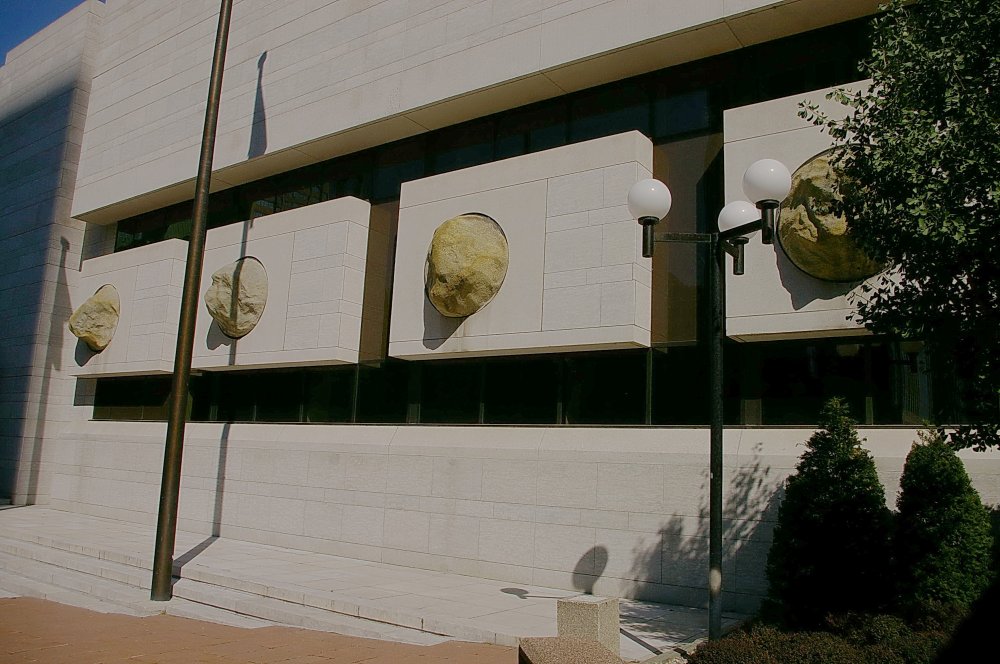 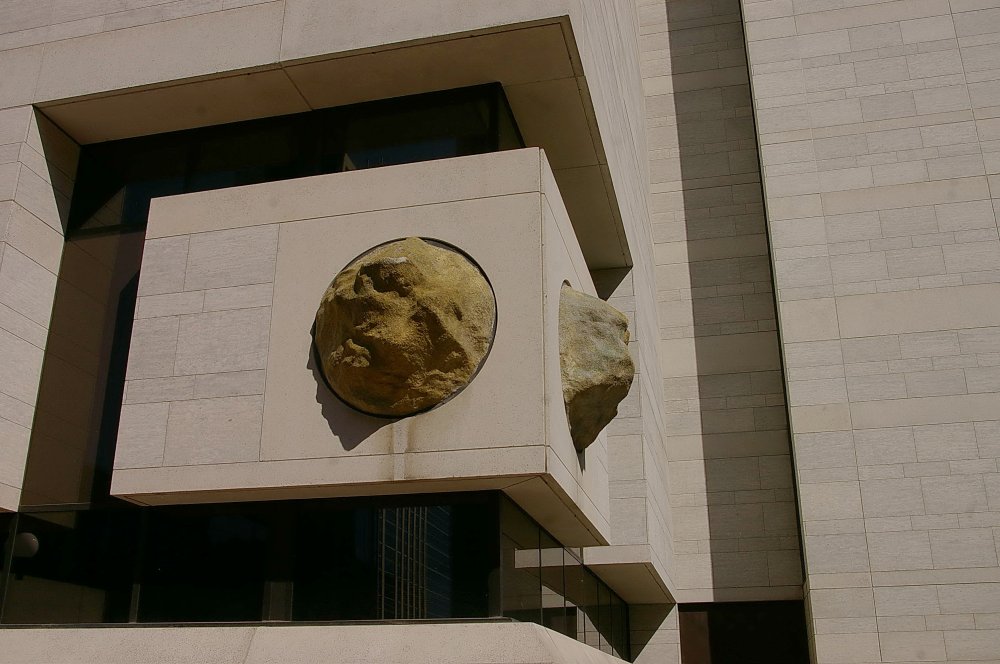 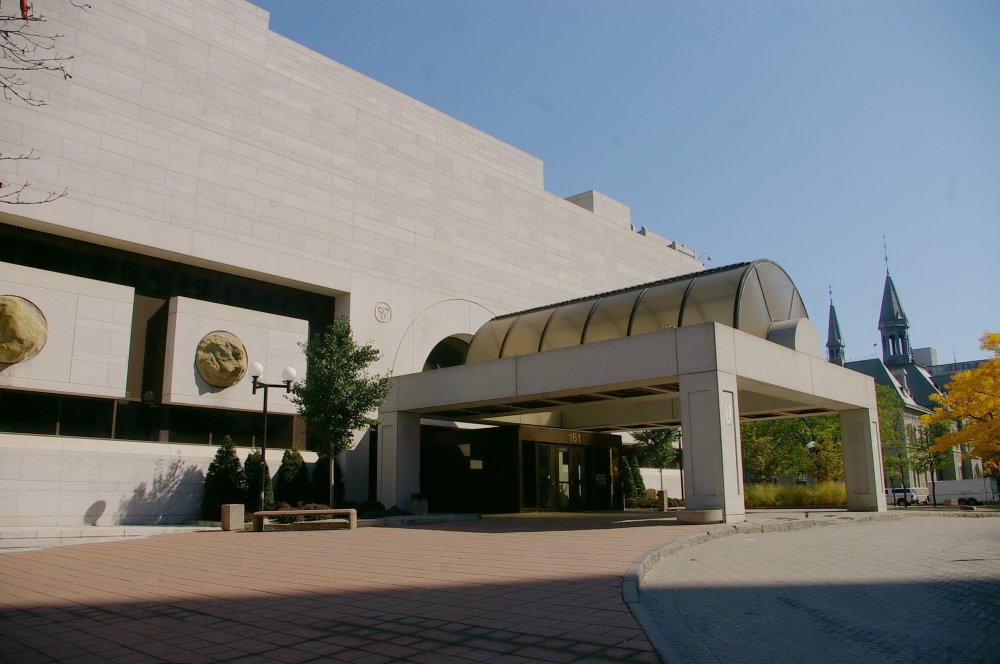 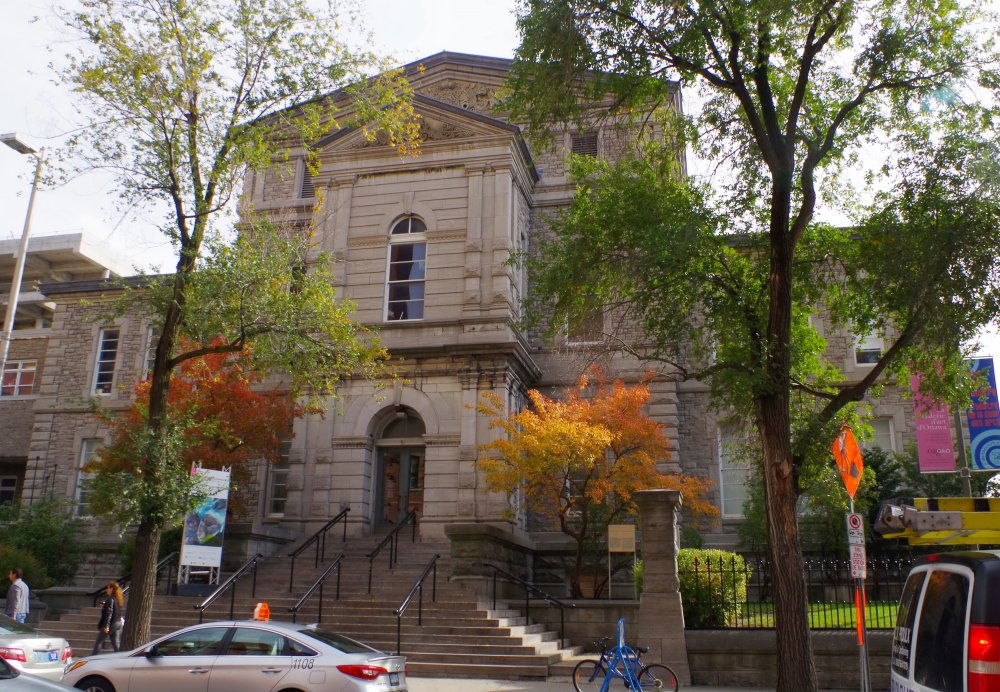 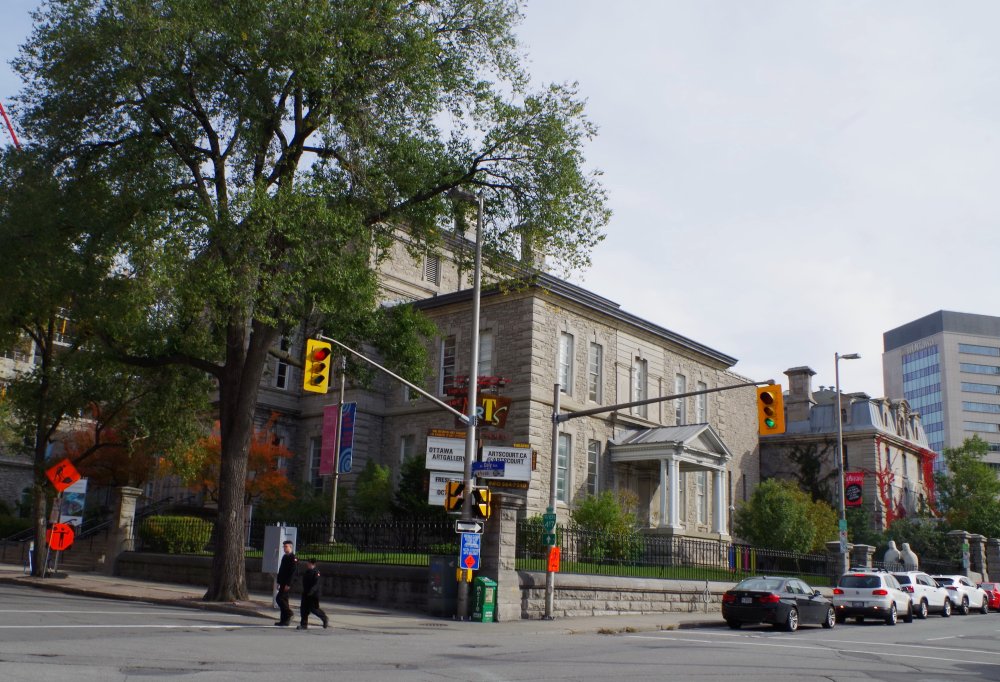