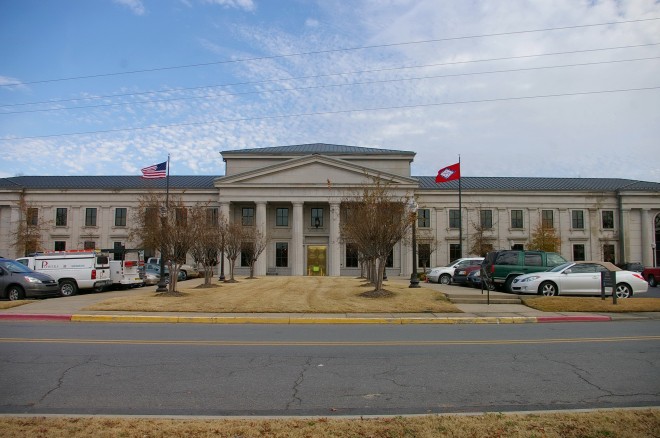 Description:  The buildinng faces west and is situated in the Justice Building located at on the southwest corner of the State Capitol grounds. The west front has a portico at the central entrance with six columns rising to a pediment at the roof line. The Justice Building houses the Arkansas Supreme Court, the Arkansas Court of Appeals, the Supreme Court Library and the Administrative Office of the Courts. The Court Room in the round glass-enclosed wing of the building, was added later and dedicated on January 9, 1976. Before the Court Room was built, the Supreme Court met in the south end of the building. The sculptured Frieze in the circular Gallery represents Lawgivers of Antiquity. It was designed and executed by in Roman Travertine marble and stainless steel by Saunders Schultz and William Severson, Sculptors-at-Scopia, St. Louis, Missouri. The Mural tapestry in the interior of the Court Room is a large woven sculptured medallion behind the Justice’s Bench and was designed by Efrem Weltzman and executed by Edward Fields Carpet Company. Motifs from the Great Seal of the State of Arkansas, as well as the State Bird – the Mockingbird, the State Flower – the Apple Blossom and the State Tree – the Pine tree are worked into the field of the design. The central section depicts the State Flag, as well as the geographic outline of Arkansas. The waving lines leading into the centre represent the principal rivers with their influence on the customs and life of the inhabitants. The exact replica of the great Seal of the State of Arkansas is sandblasted into the bronze glass of the Gallery. It was executed by Sid McGee of Little Rock. The Justice Building was constructed in 1973 to 1974. The architect was Erhart Eichenbaum Rauch & Chilcote and the contractor was Matson Inc. The west wing was constructed in 2000. The architect was Cromwell Architects and the contractor was Flyaco Inc.. The building was renovated in 2002. The architect was Sims Grishaw Blair of Little Rock and the contractor was James H Cone Inc. of Little Rock. Old Supreme Court Chamber is located at the south end of the second floor of the State Capitol. The State Capitol was constructed from 1900 to 1915. The architects were George Mann and Cass Gilbert and the contractors were Caldwell and Drake and William Miller & Sons of Pittsburgh, Pennsylvania. The chambert was the meeting place of the Arkansas Supreme Court until 1958. The Chamber is presently used for legislative committee meetings, films and lectures.

See:  The Supreme Court is located in Pulaski County. 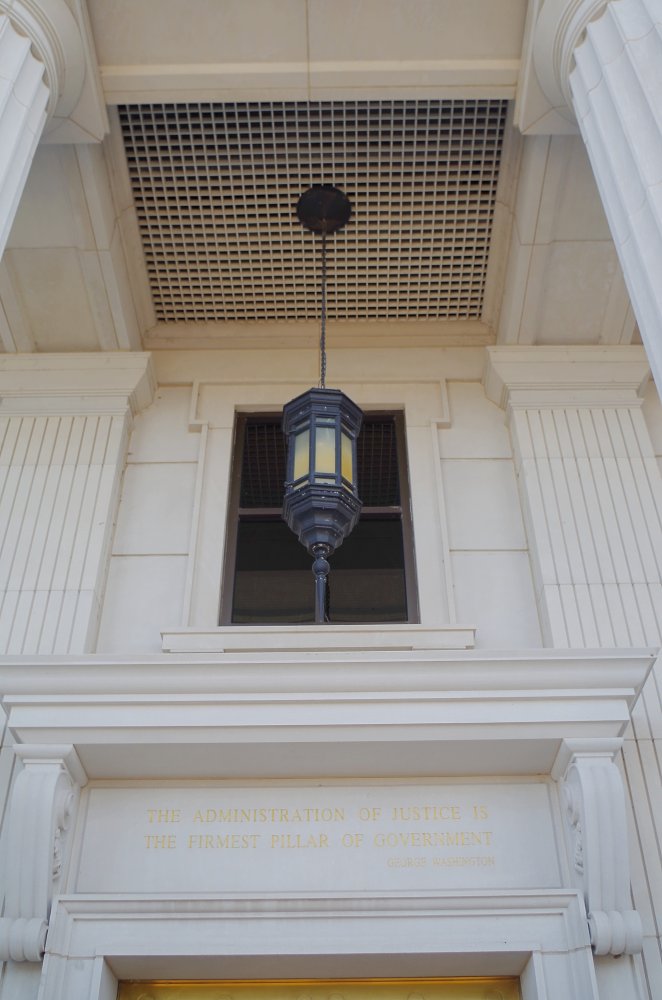 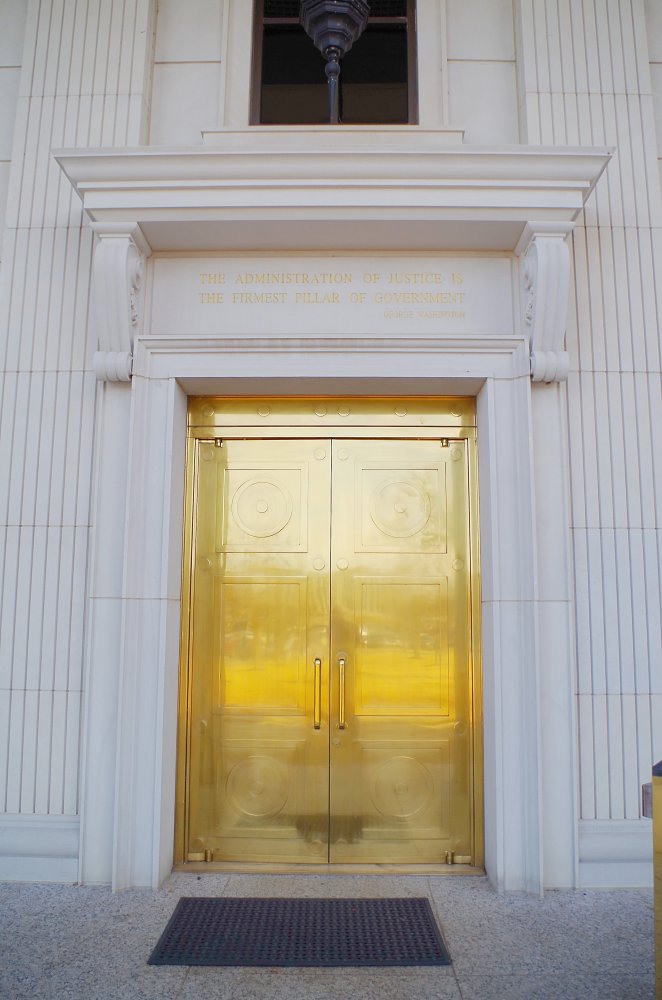 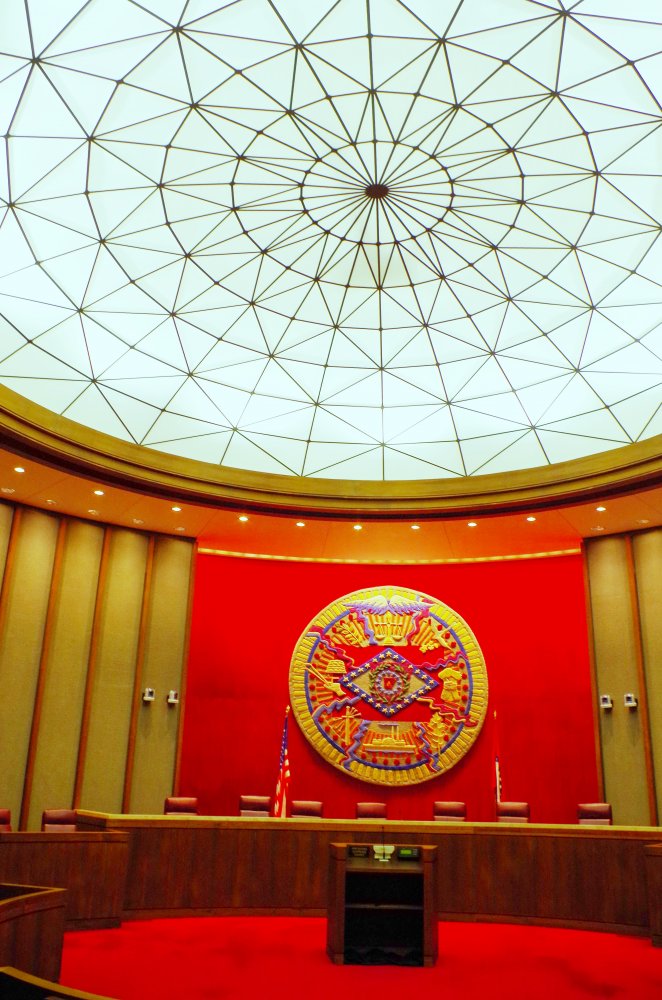