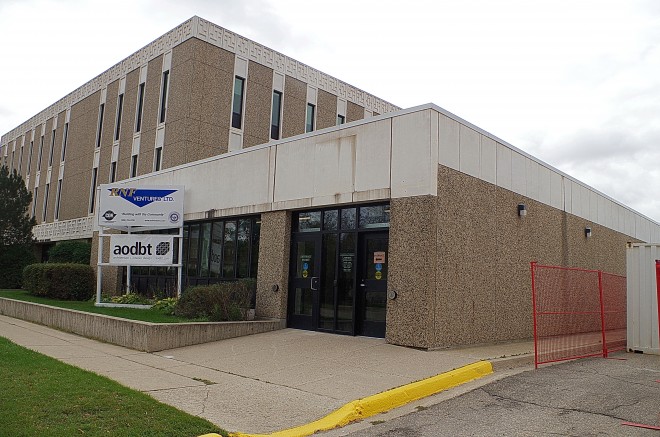 Melfort is named for the three one-room school houses that used the name “Melfort”.

Location:  Melfort is located in the central eastern part of the Province.

Description:  The building faces north and is a one story buff coloured brick, concrete and glass structure. The building is located on landscaped grounds in the centre of Melfort and adjoins the Provincial Building on the east side. The north front has large glass windows and entrance with a wide white coloured concrete band running below the flat roof line. The building has one courtroom. The building was originally constructed as a Liquor Commission and was converted in 2019. The architect was aodbt Architecture and the contractor was RNF Ventures Ltd.

See:  Located in Melfort is the Court of Queen’s Bench Courthouse. 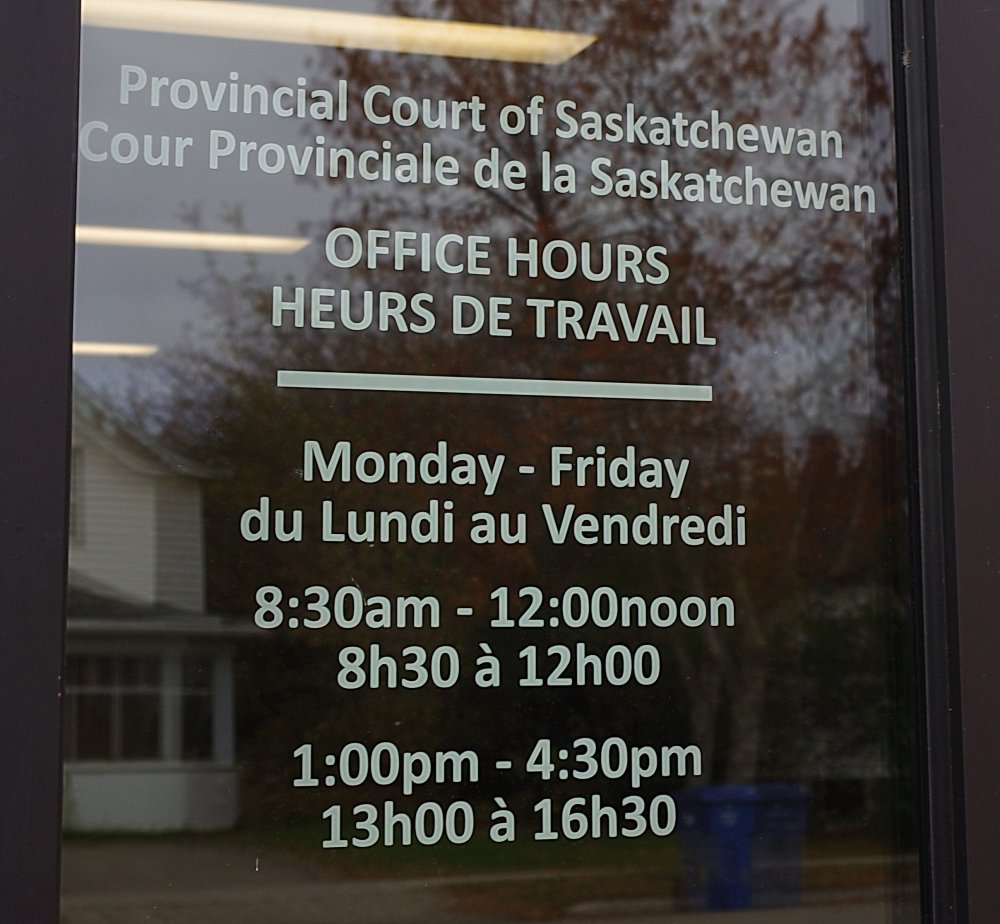 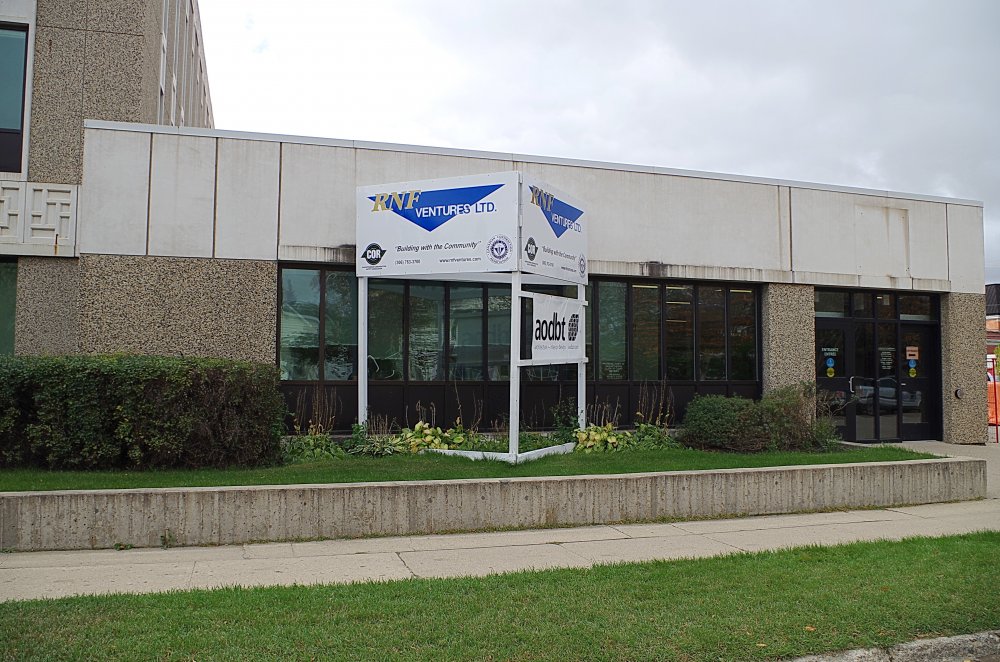 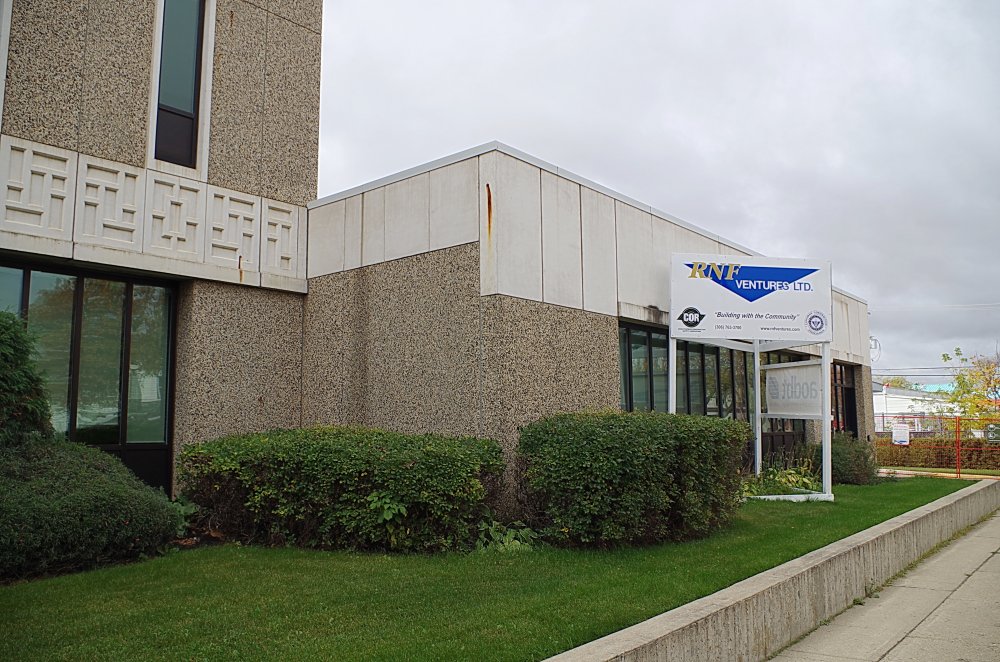 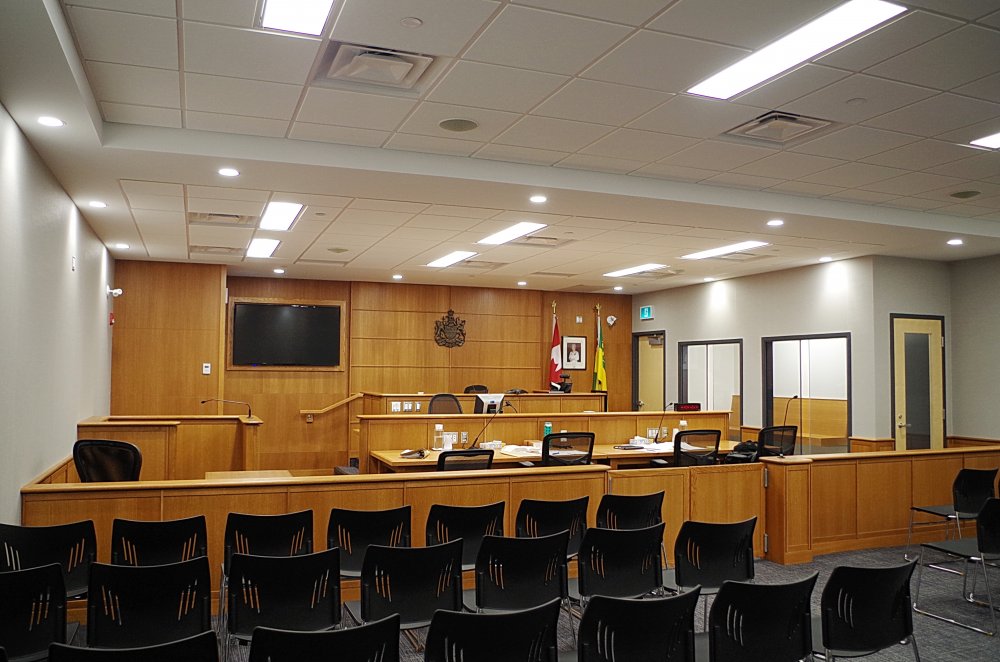 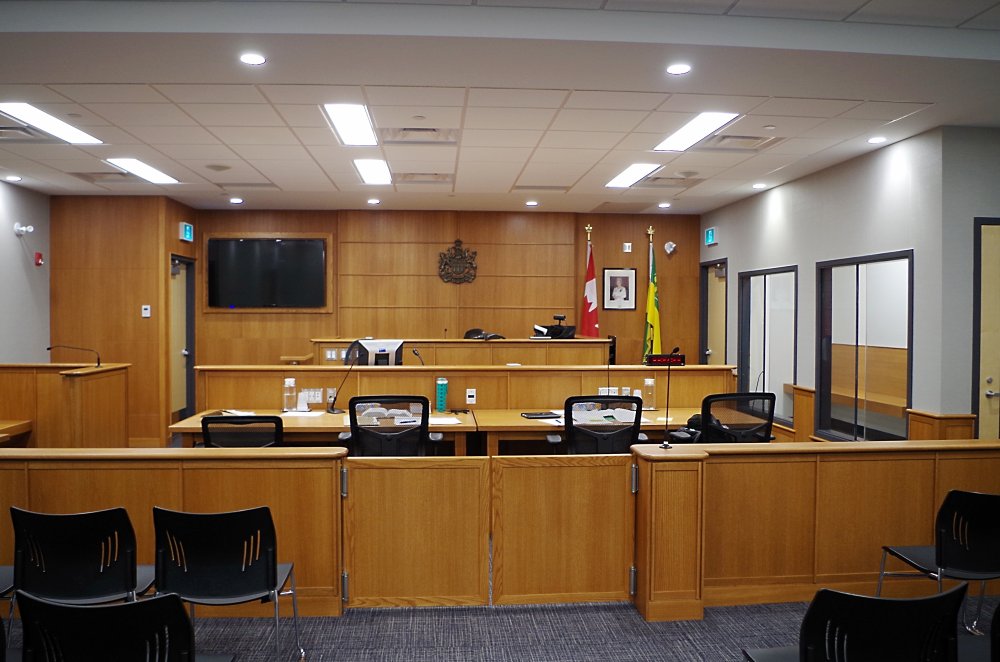 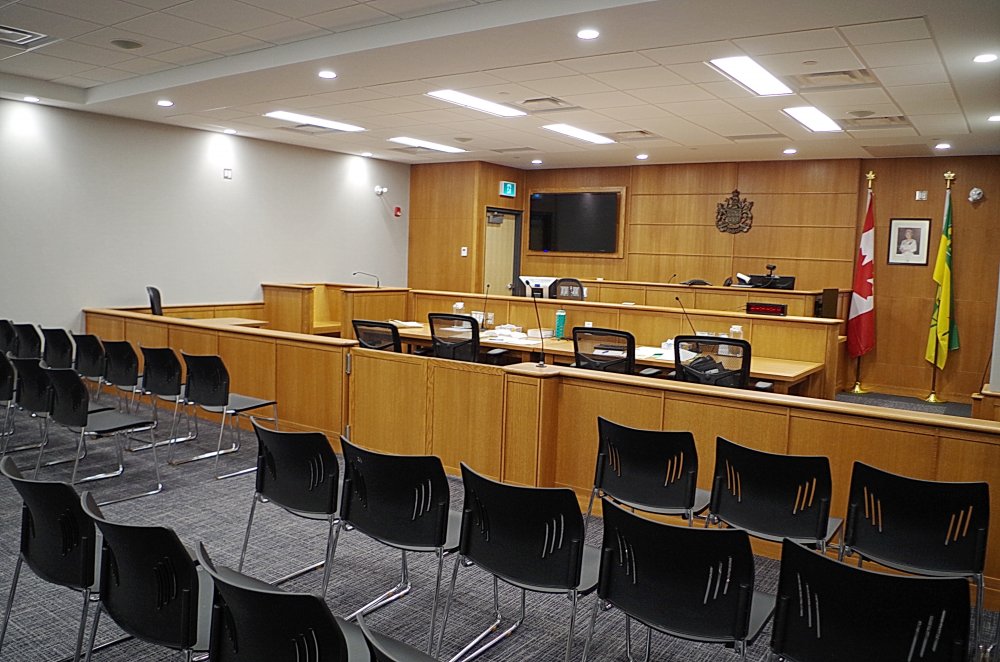 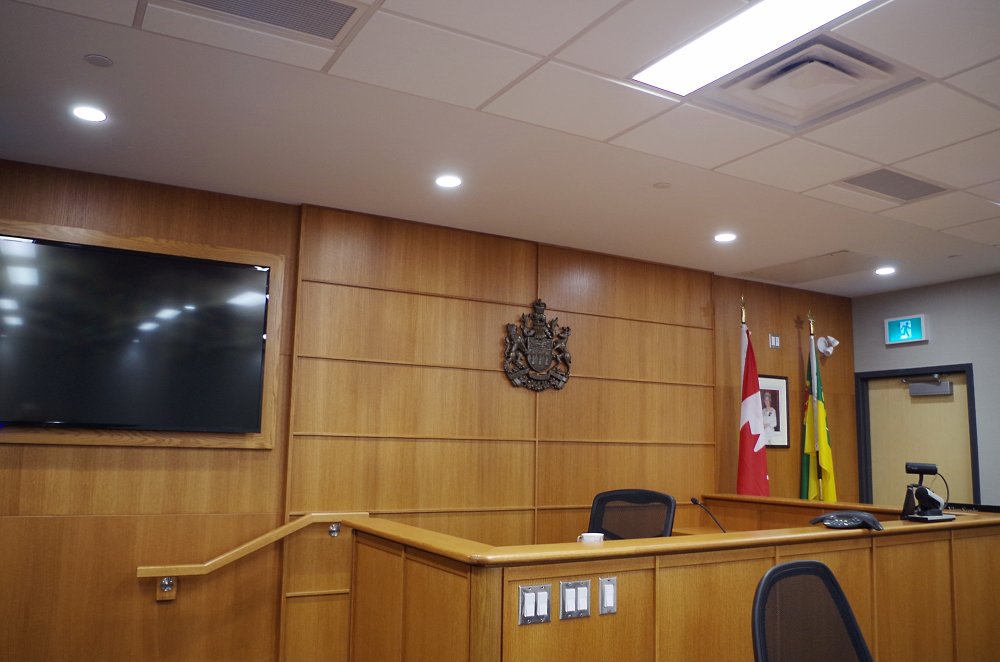