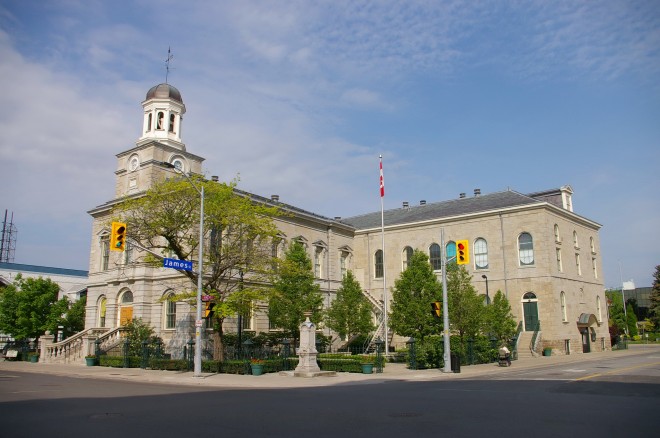 St. Catherines is named for Catherine Askin Hamilton, who was the wife of the Honourable Robert Hamilton who was a prominent businessman.

Location:  St. Catherines is located in the southeastern part of the Province on the Niagara Peninsula along the shore of Lake Ontario.

Description:  The building faces east and is a two story grey coloured limestone structure. The east front has a slightly projecting centre section with arched entrance on the first story. At the roof line is a large square stone section with octagonal white coloured wood cupola having a black coloured dome at the top. The only facades visible on James and King Streets are of channeled Queenston ashlars, while the west and north walls are constructed with a course rubble limestone and brick, respectively. The front facade is surmounted by a tower with a three-faced striking clock and is topped by an octagonal cupola. The roof is hipped. The building was originally built for use as the Town Hall. The second phase, a northeast wing cut-stone addition to the original structure, was constructed from 1863 to 1864 to accommodate the relocated County offices and courthouse. The architect was John Latshaw and the contractor was S G Dolson. The building is now the Sullivan Mahoney Courthouse Theatre.

Note:  The courthouse was designed after the town hall in Perugia, Italy. The clock is believed to be imported from Europe and continues to chime with the assistance of the original weights which extend from the clock tower to the first floor. 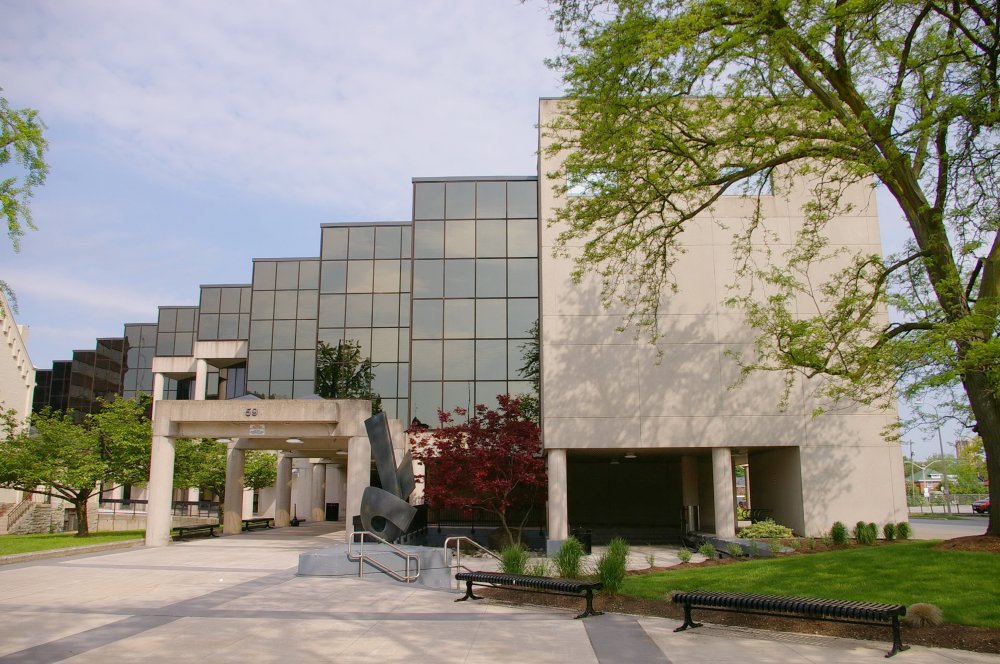 Description:  The building faces east and is a three story concrete, stone and glass structure. The building is triangular in shape and is tiered with recessing glass walls from the northeast corner to the southwest corner. On open concrete canopy extends from the main entrance. The roof line is flat. The building houses the Superior Court of Justice and the Ontario Court of Justice ( Criminal & Family ). 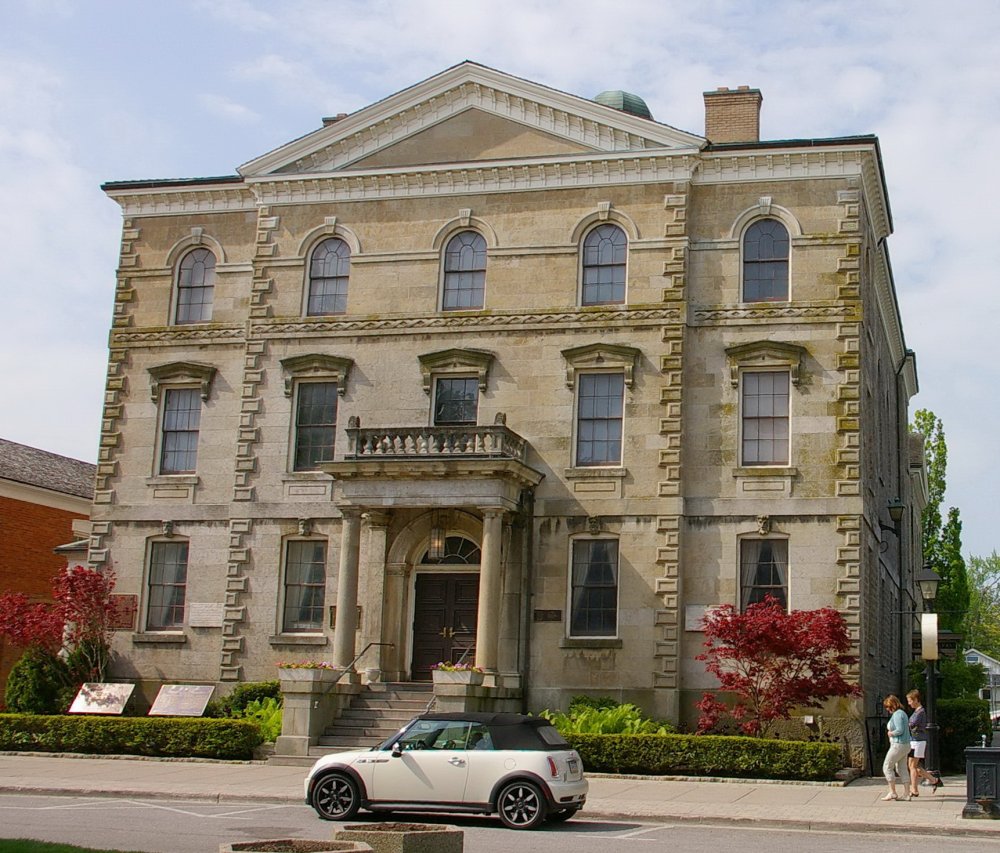 Description:  The building faces southwest and is a three story stone structure. The southwest front has a one story portico at the central entrance supported by two Doric columns rising to a balcony at the second story. The centre section projects slightly and rises to a pediment at the roof line. The third story windows are arched. On the centre of the hipped roof is a white coloured cupola with green coloured dome. The building was named as the Niagara District Court House. The building served as the Town Hall when the court was moved to St. Catherines in 1862. The building is now the Shaw Festival Theatre. 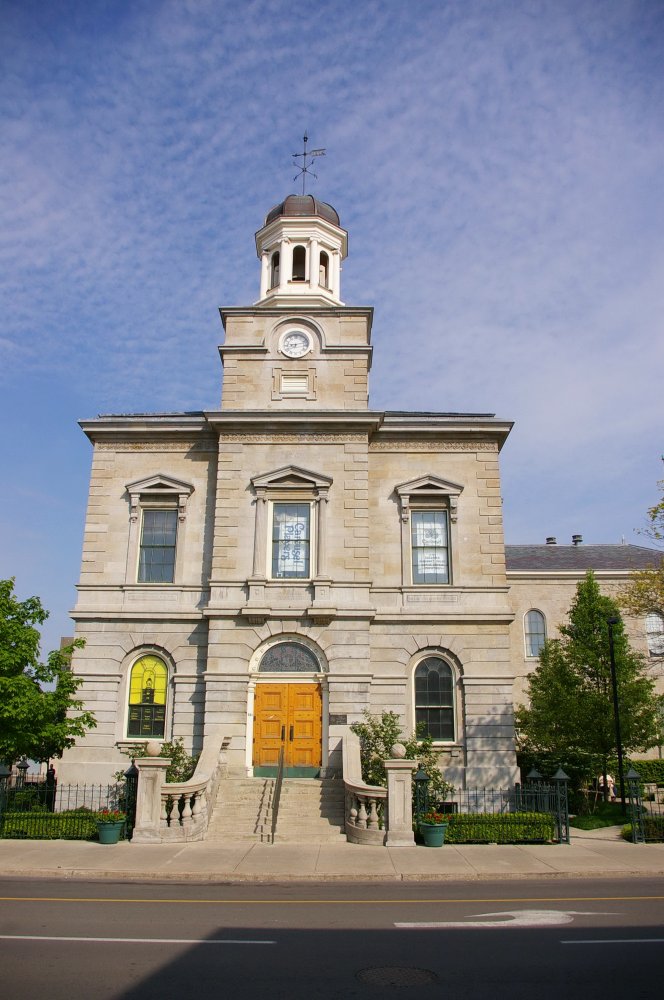 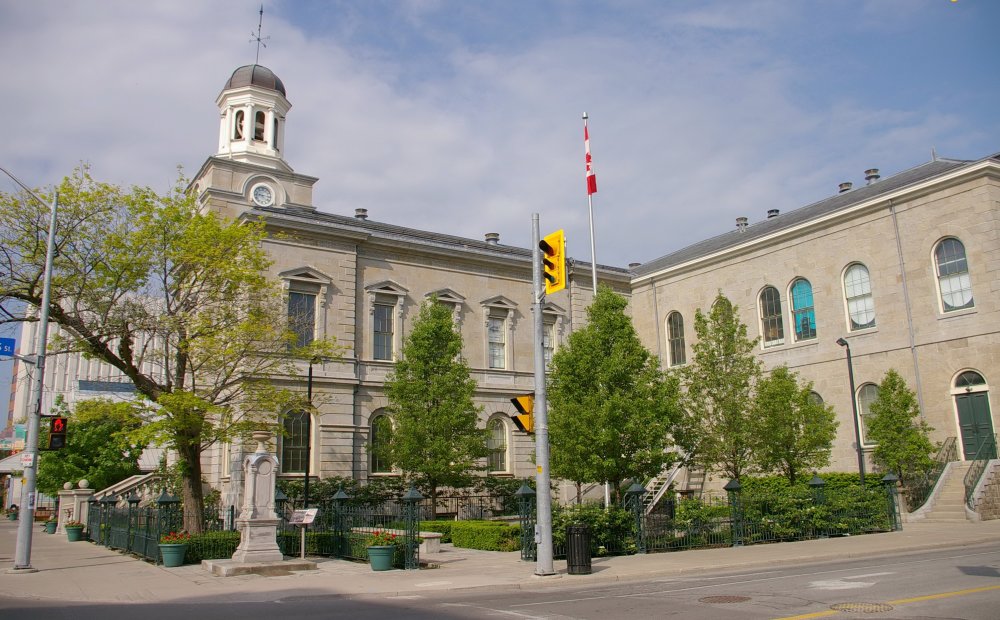 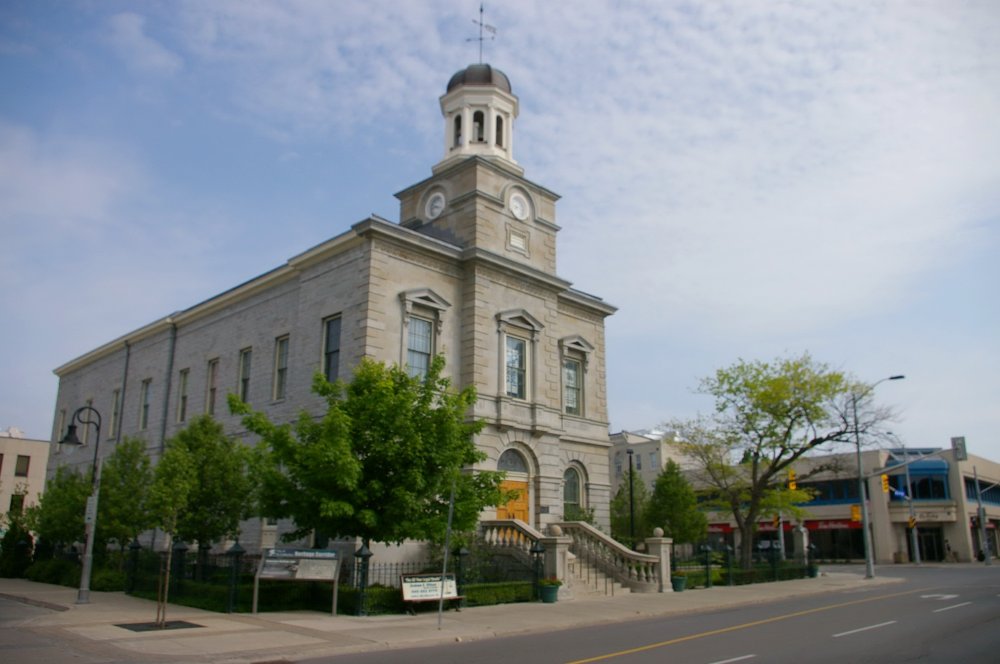 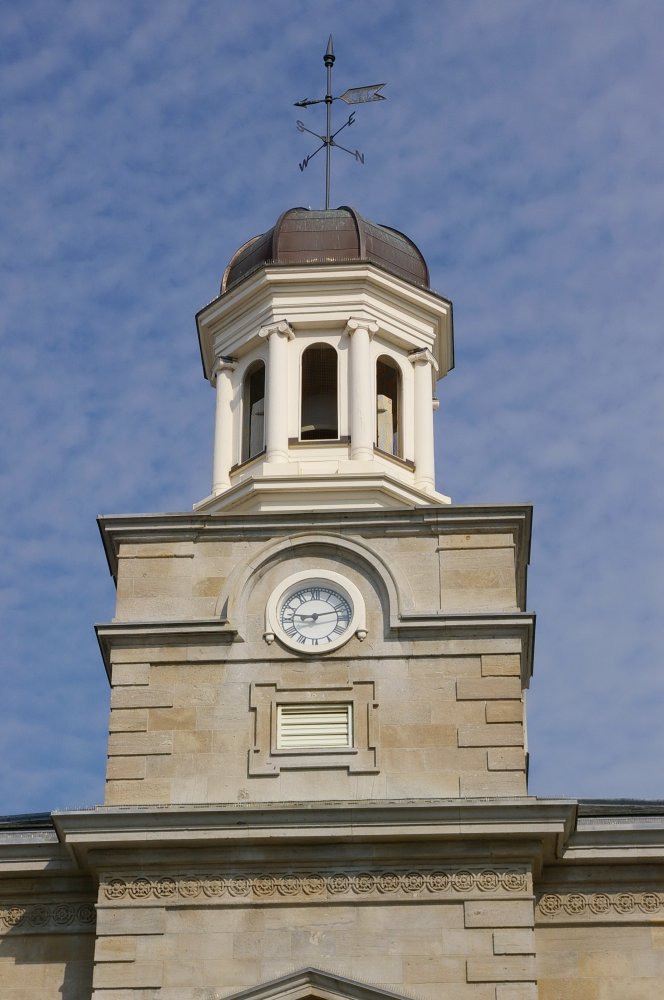 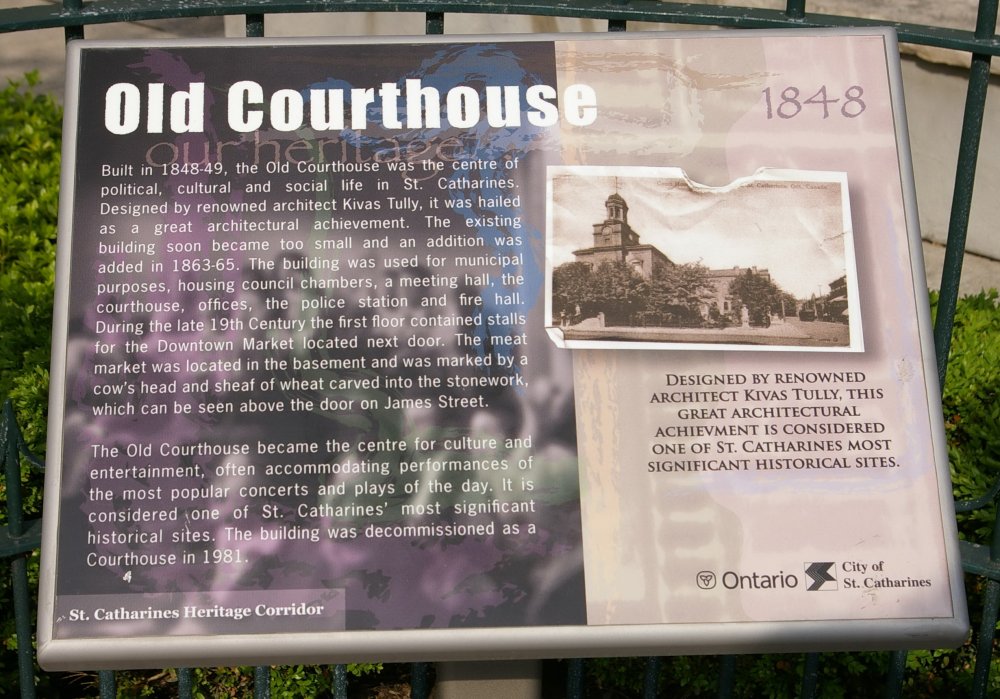 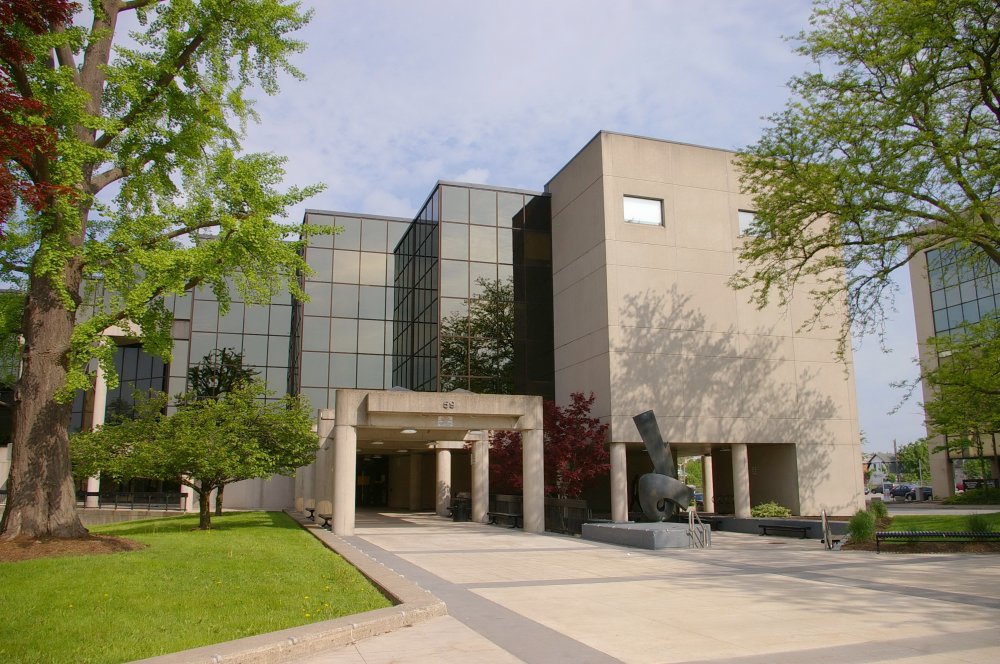 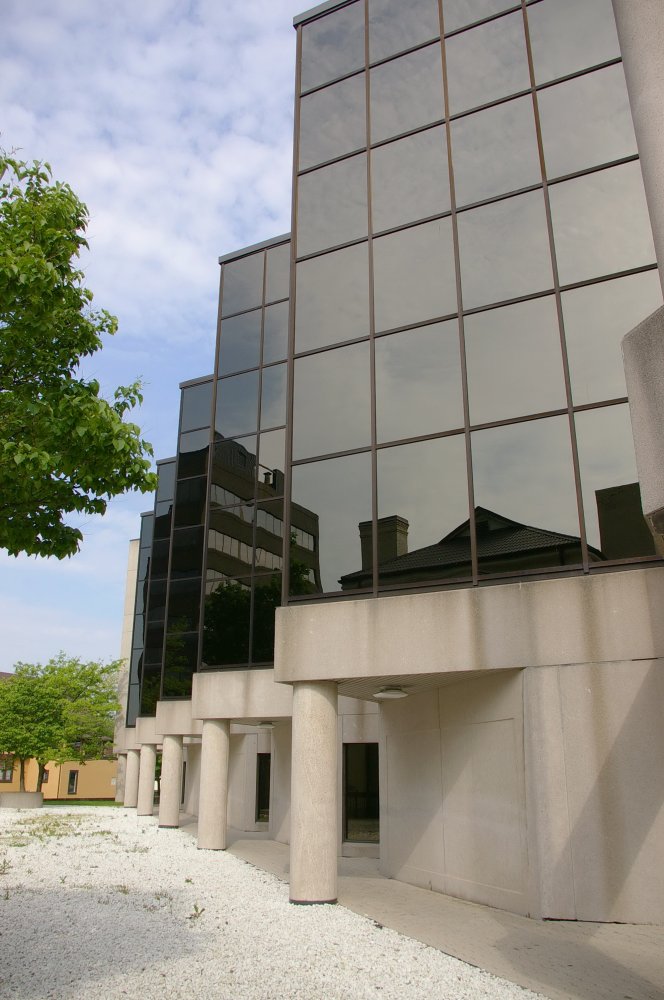 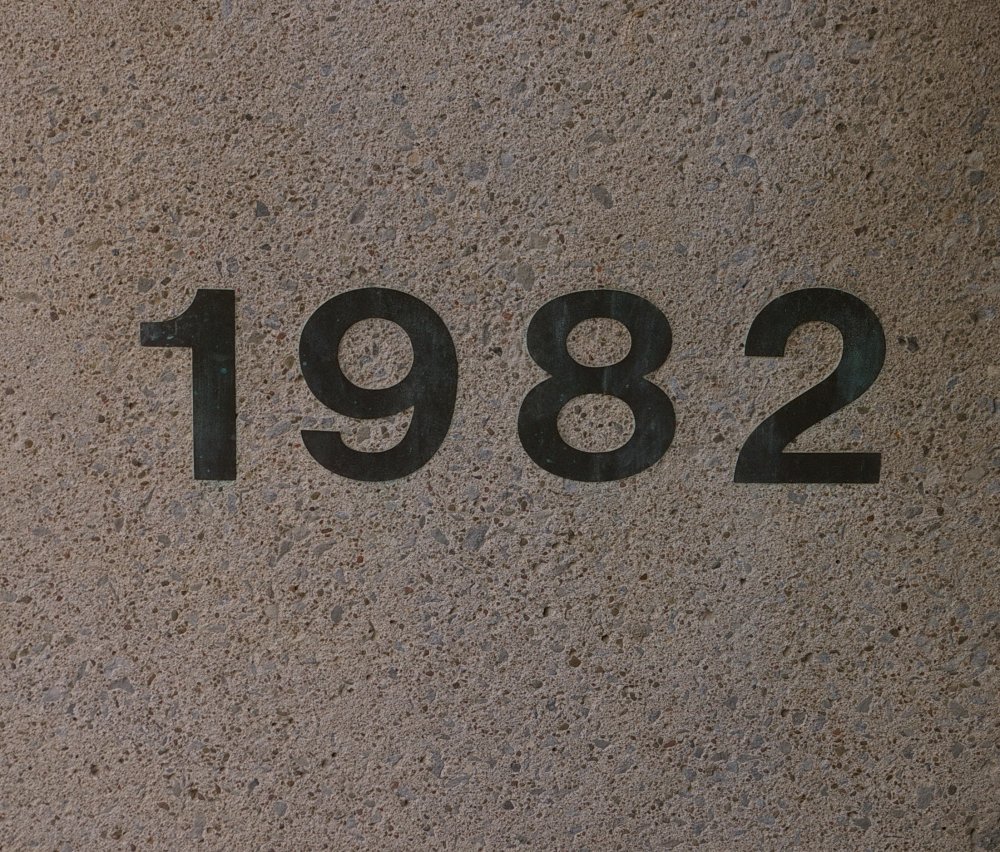 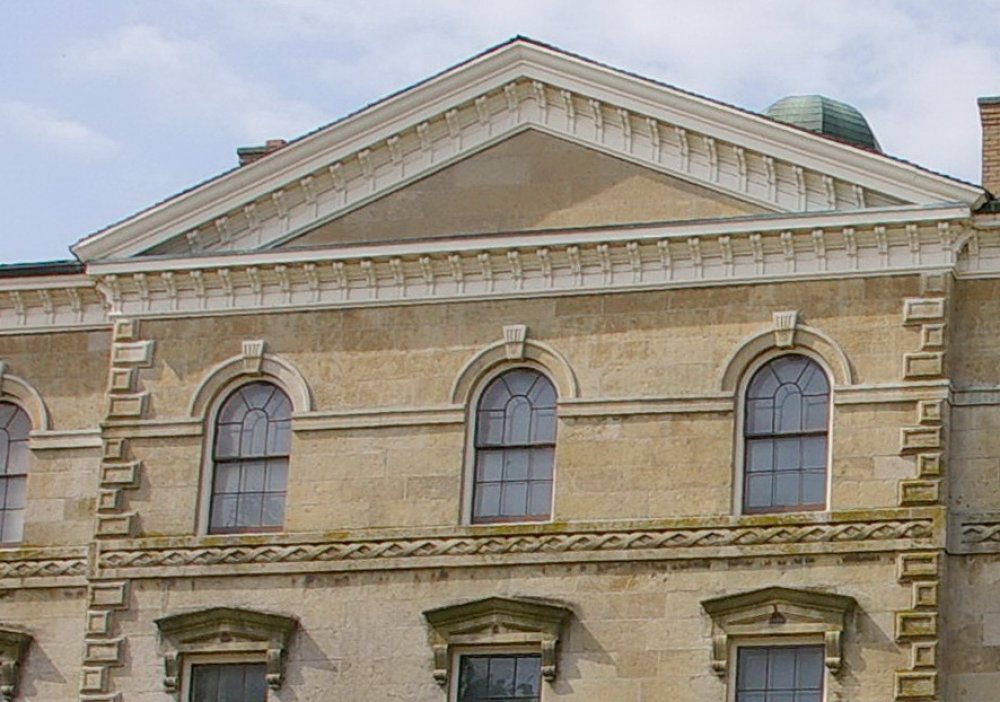