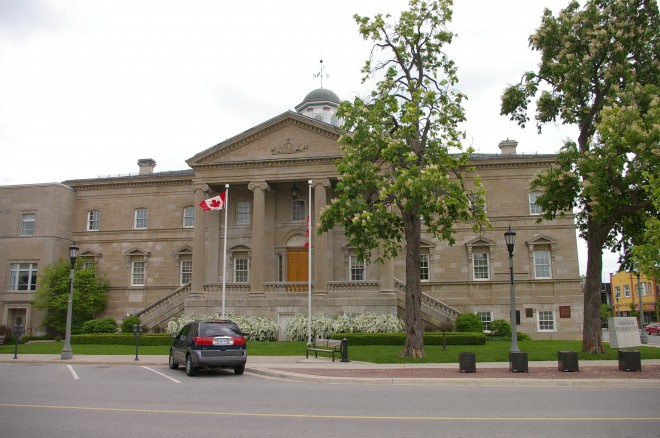 Welland is named for the Welland River, which was named after the River Welland in Lincolnshire, England.

Location:  Welland is located in the southeastern part of the Province on the Niagara Peninsula along the Welland Canal.

Description:  The building faces west and Built in 1855, the building is a two story story limestone structure. The building faces west and was completed in 1856. The building is constructed of Queenston Limestone. The west front has a large portico with four Ionic columns rising to a pediment at the roof line. Steps ascend on either side of the portico. A decorative frieze is located under the low-pitched hipped roof. On the centre of the roof is an octagonal white coloured cupola with green coloured dome. There are two other cupolas. In June 1913, the top floor and roof, as well as much of the interior of the courthouse, were destroyed by fire. On the north side is a three story addition constructed in 1952 to 1954. The addition has a limestone front and buff brick side walls with limestone facing. The architect was Norman A Kearns and the contractor was R Timms Construction Company. The building houses the Superior Court of Justice and the Ontario Court of Justice ( Criminal & Family ). 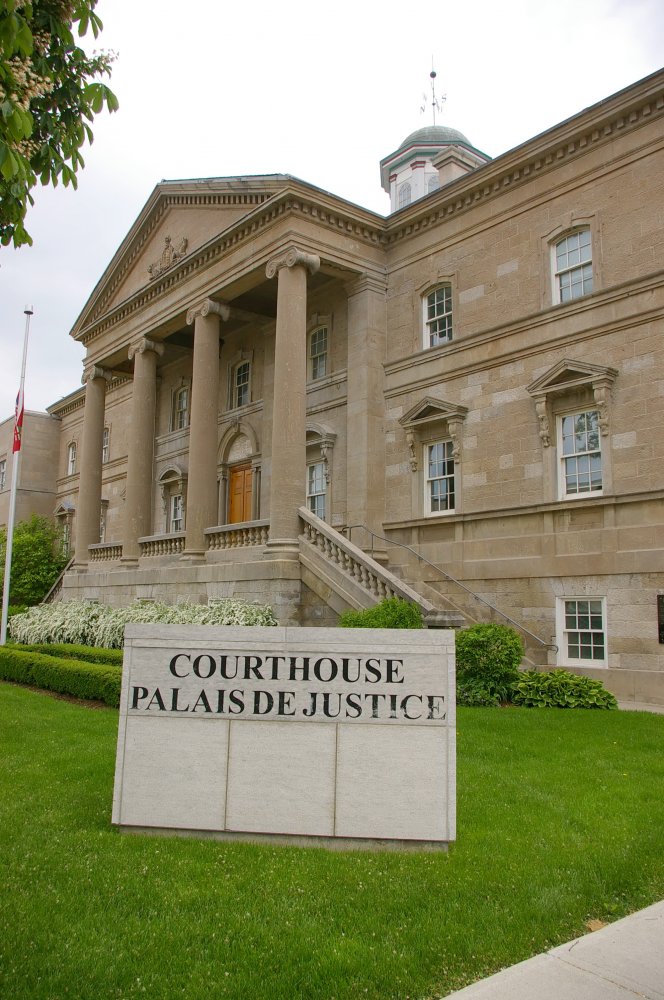 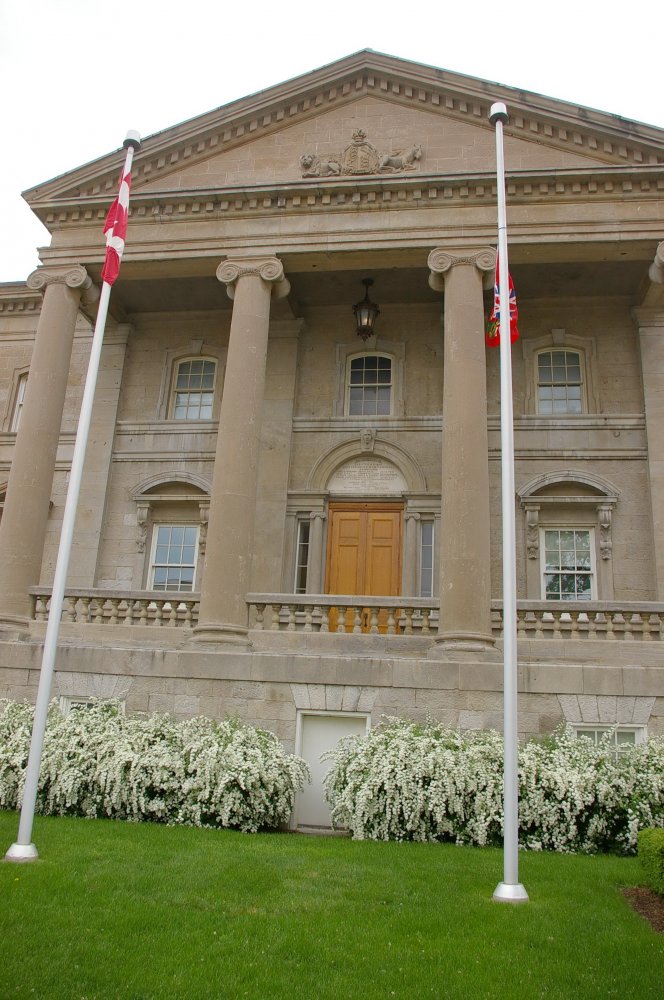 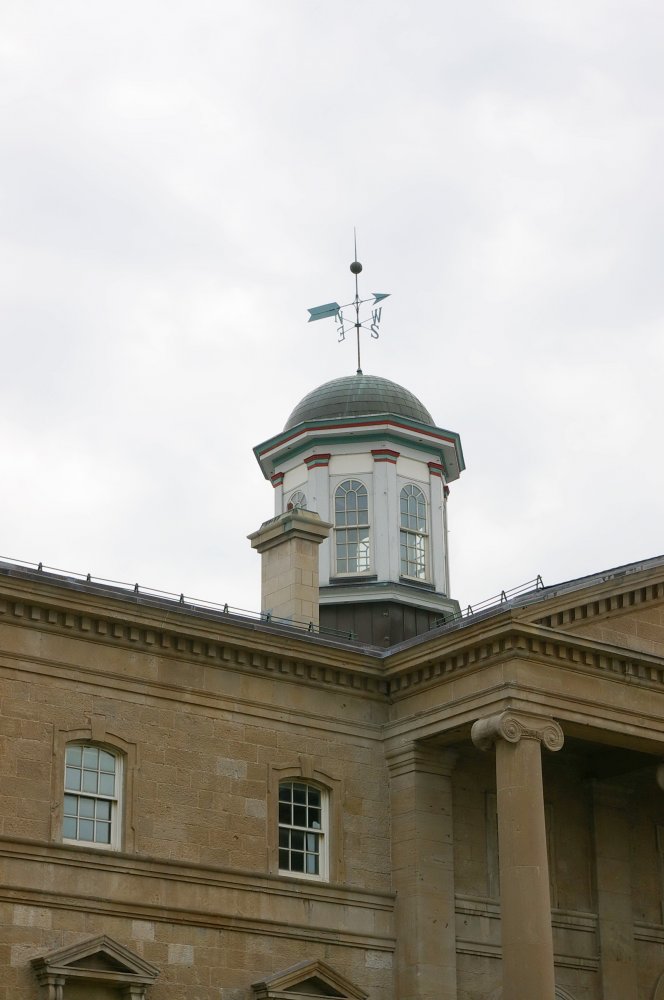 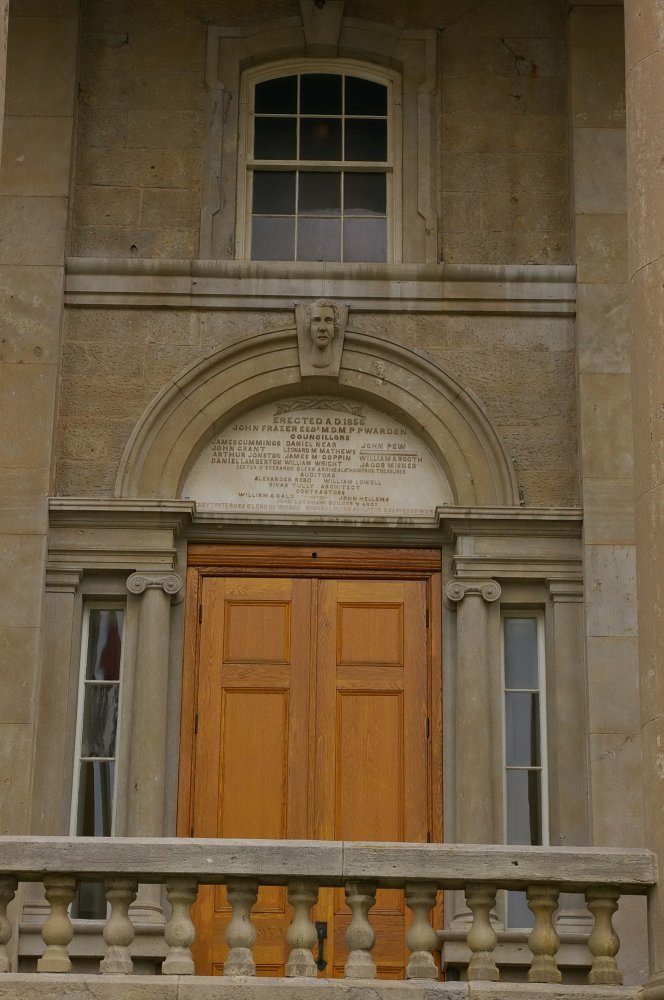 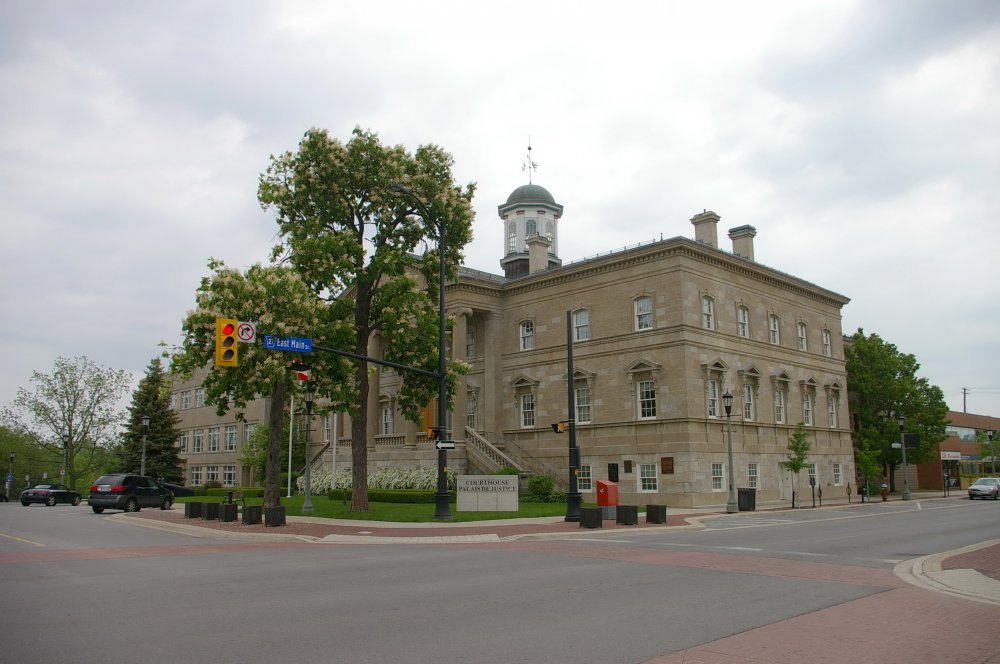