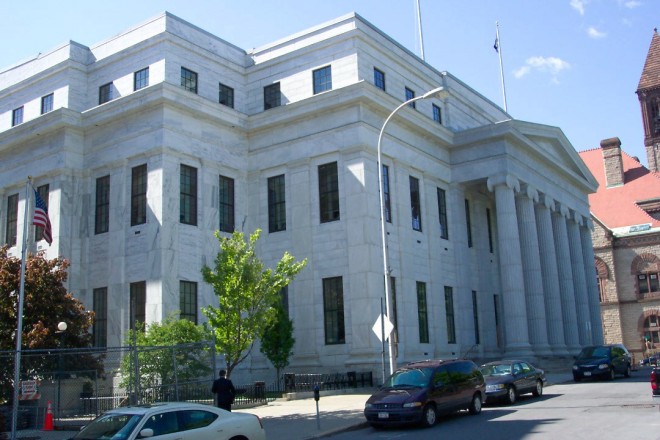 Contractor:  Jonathan Lyman of Albany and David Orr of Albany

Description:  The building faces west and is a three story stone structure. The Building is located in the center of Albany. On the west side of the building are Academy Park and Lafayette Park. The west front has six large columns in the Greek style. The building houses a large Court Room designed by Henry Hobson Richardson in 1884 and moved from the State House in 1916 into an addition designed by Lewis F Pilcher. Home of the highest court in the state, the Court Room is located on the east side of the main floor. The Court Room is paneled in wood with windows along the east side and a large Mexican onyx fireplace and the Richardson clock on the west side. The Appeal Judges’ bench is located along the north side. Many portraits adorn the walls. There are brass chandeliers. hanging from the wood paneled ceiling. There is a lobby with a view of the State Seal on the interior of the building’s dome. The building was renovated in 1958 to 1959 and during the renovation a fire destroyed a large part of the building and the exterior was replaced with Vermont marble. The architect was Carl L Larson and Gehron & Seltzer and the contractor was James King & Son, Inc. In 1999 the building was renovated. The architect was DeWolff Partnership of Rochester and the contractor was BBL Construction Servies. The building was further renovated in 2002 to 2004.

Note:  During construction, the master mason was David Orr of Albany.

See:  The Court of Appeal is located in Albany County. 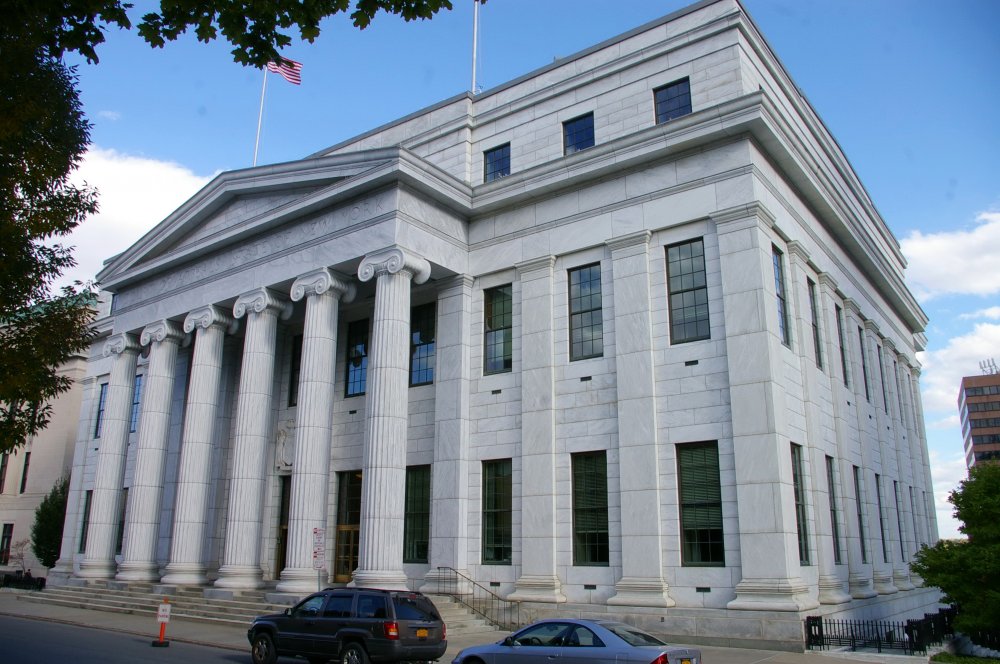 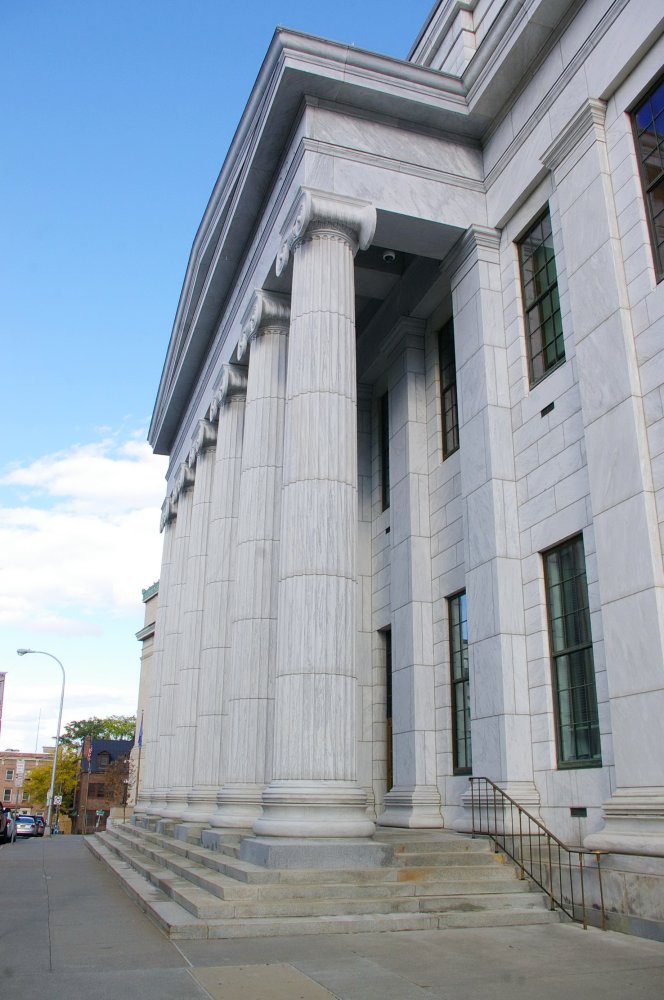 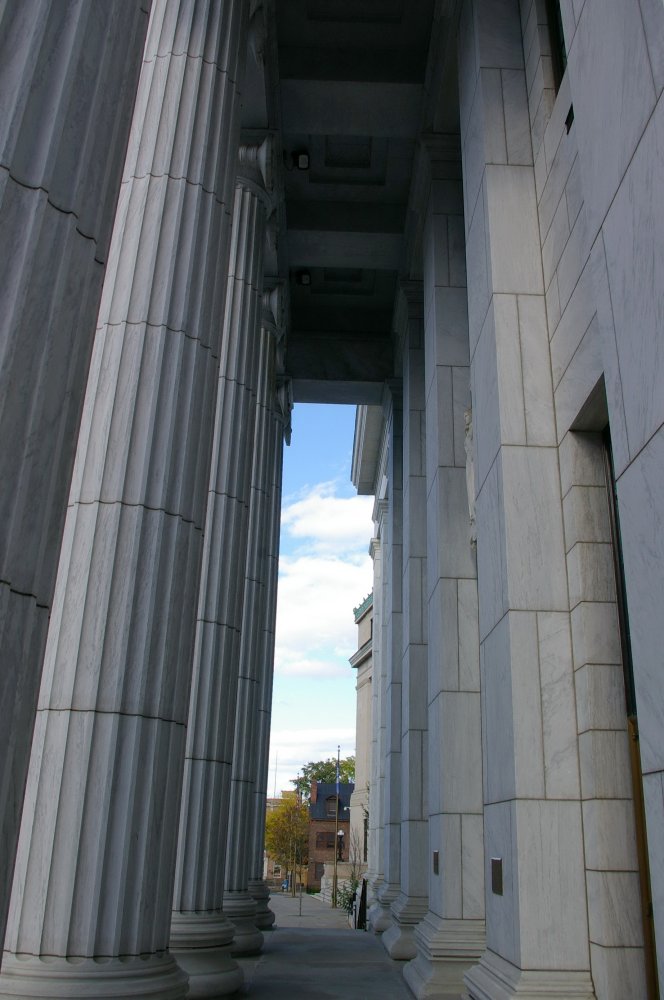 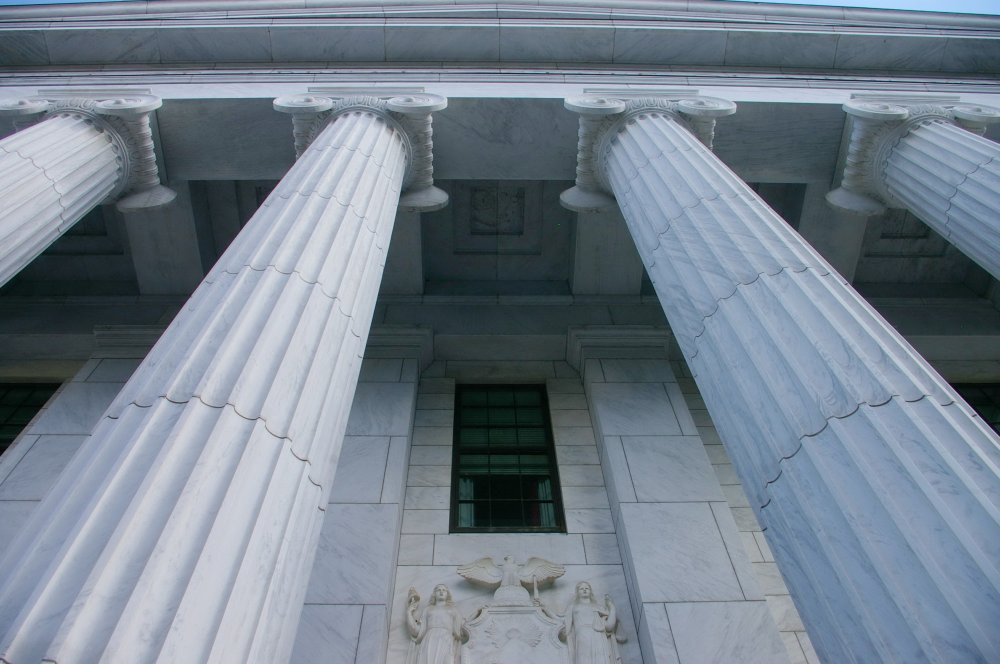 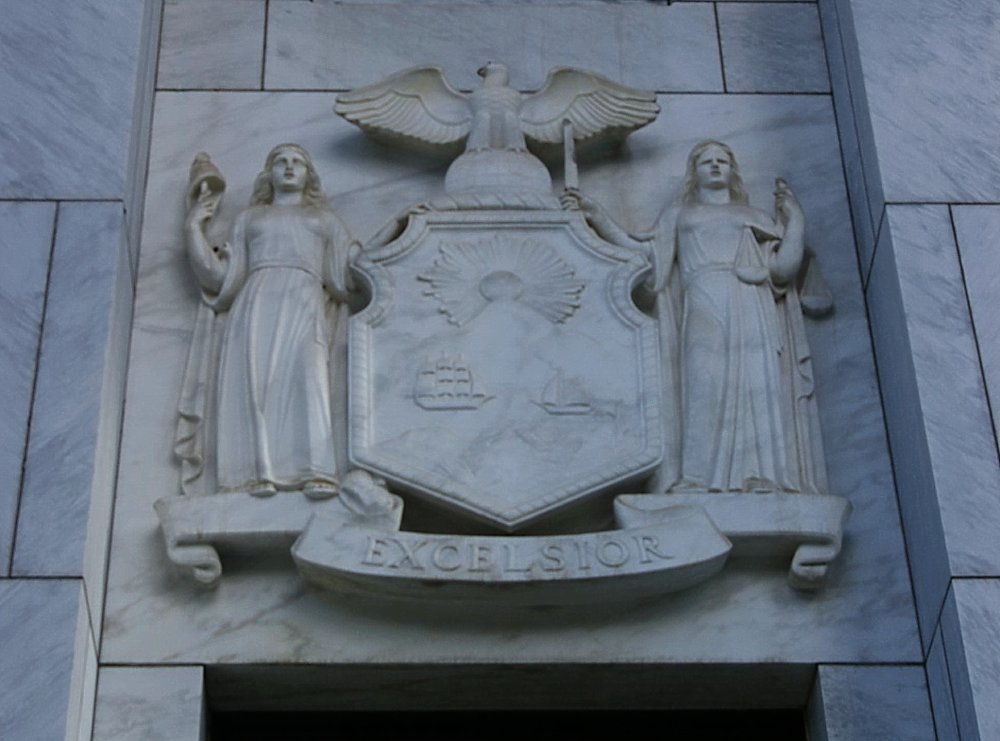 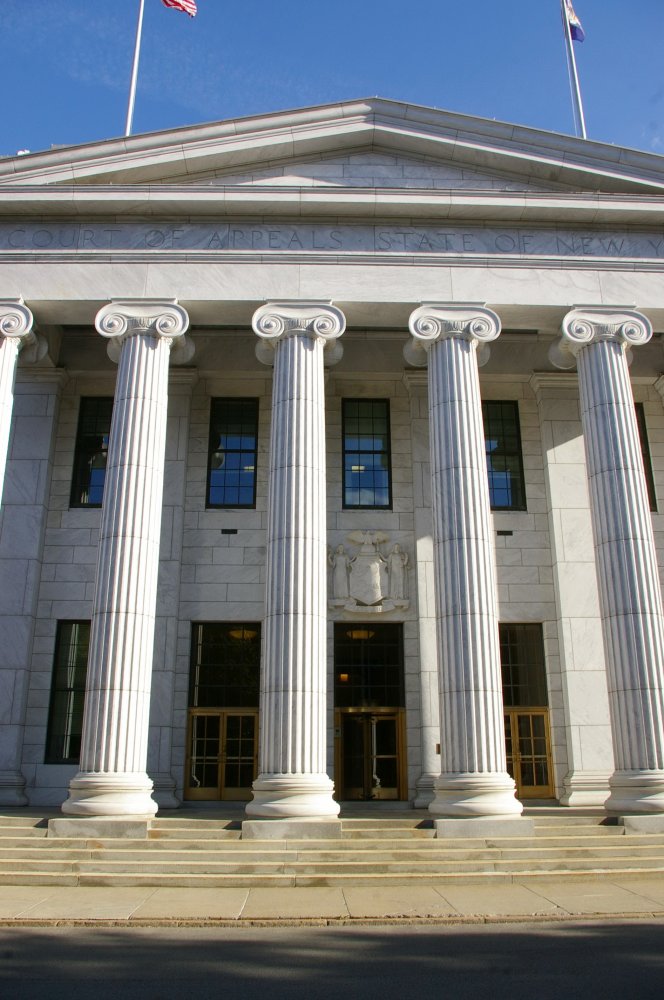 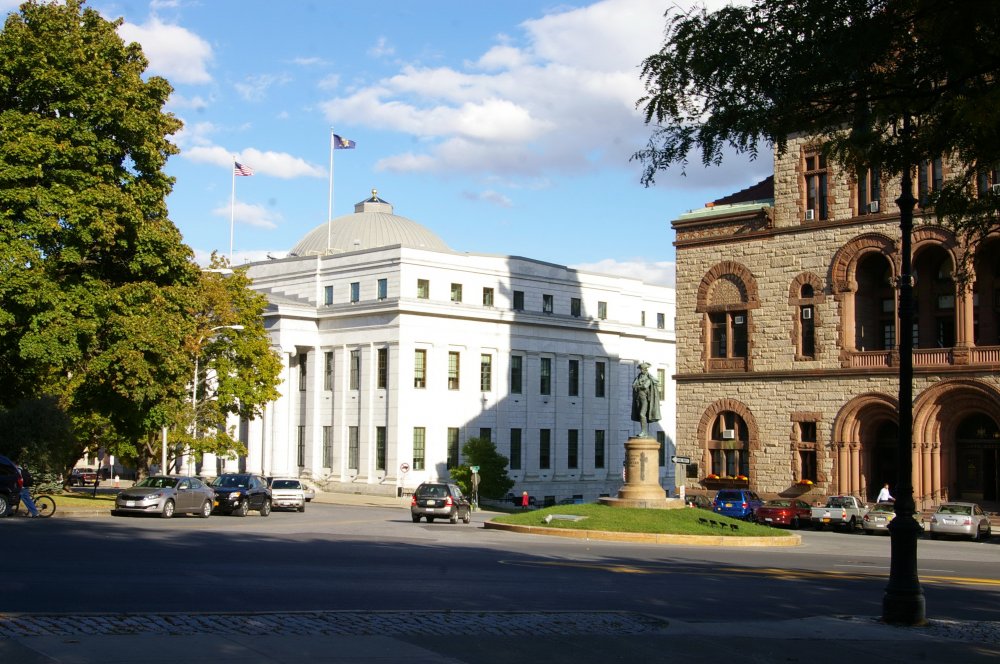 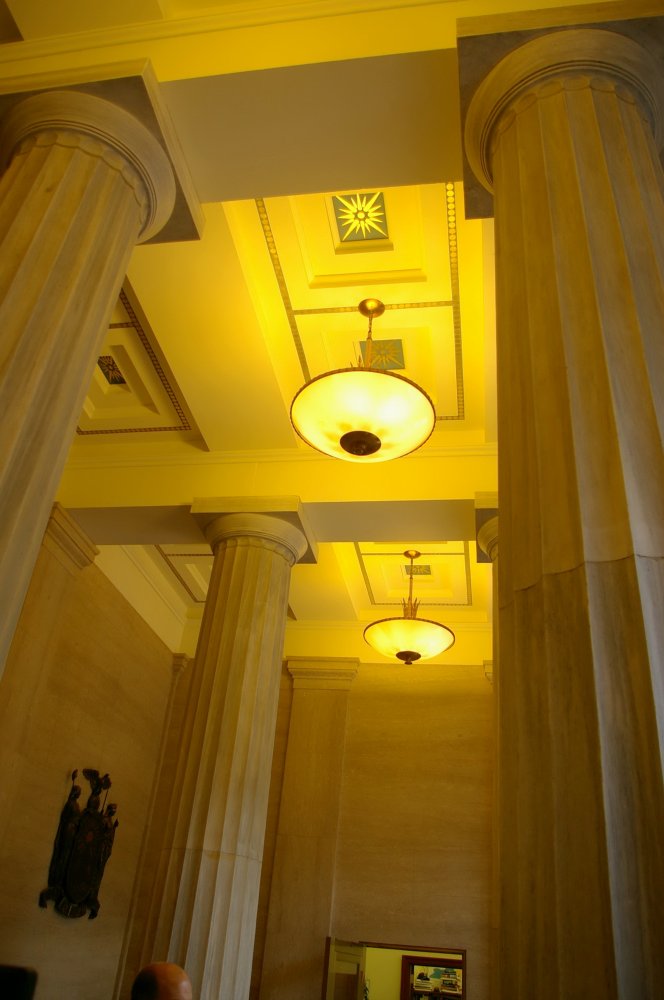 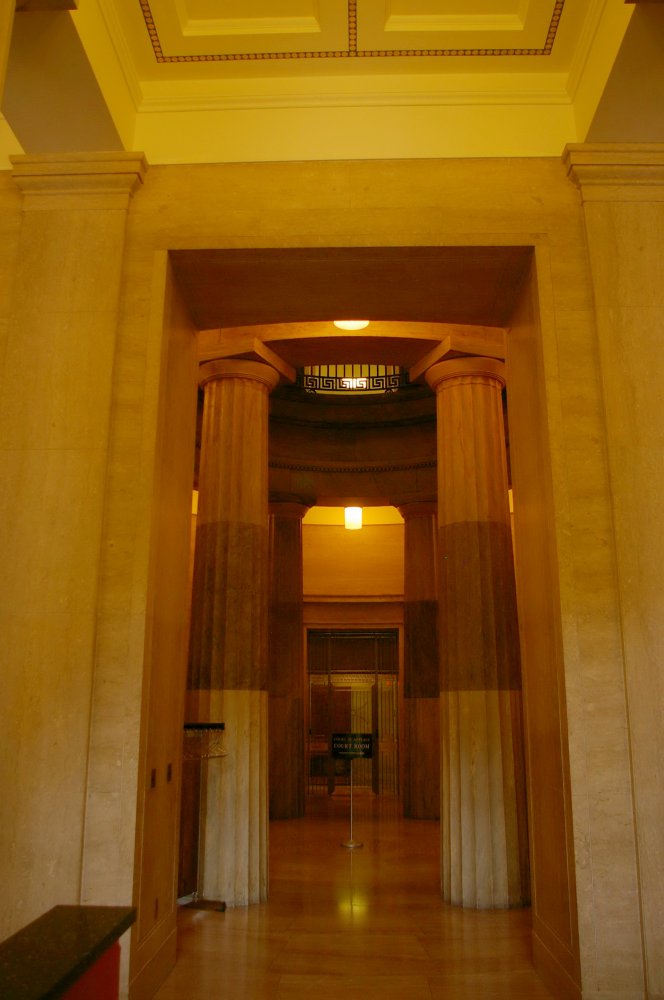