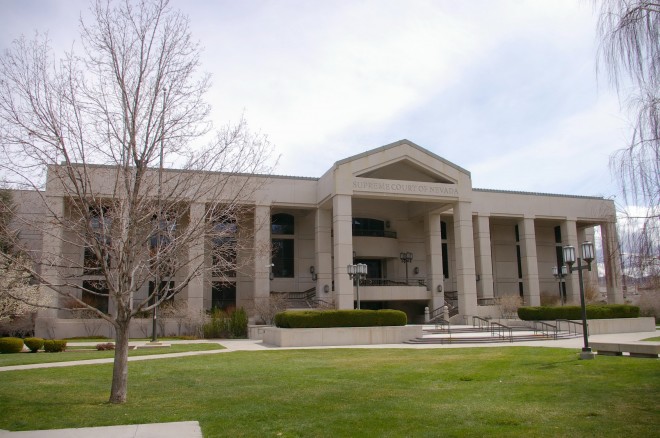 Description:  The buildinng faces west and is a third story stone, concrete and glass structure. The building is located in the center with the State Capitol on the north side and the State Legislature on the south side, with a park on the west side. The three fstories are, each approximately 30,000 square feet in area, as well as a basement garage. Granite is used both on the inside and outside of the building, with a special roughened finish for stairs and heavily traveled areas. The exterior of the building is steel frame covered with pre-cast concrete. The front of the building has square pillars with an extended portico rising to the roof with a triangular face and the word ” Supreme Court Of Nevada”. There is a balcony on the second floor. Throughout the building is veneered with Honduran mahogany. The rotunda is paved with two colours of Minnesota granite with the state seal set into the center. . The Pledge of Allegiance “One nation under God, indivisible, with liberty and justice for all”, curves around the wall of the third story mezzanine. Two stories above, the rotunda is capped by a frosted dome. Also opening off the rotunda are the Administrative Office of the Courts and the Supreme Court Clerk’s Office. The first story is occupied by the Supreme Court Library. The second story has the Supreme Court Chamber on the north side of the Rotunda. The Chamber rises two stories to a coffered ceiling. The bench and the rear wall are paneled with marble, while the woodwork in the Chamber is veneered with Honduran mahogany. The Court seal hangs in the chamber. The third story houses the justices chambers and staff offices.

Court Seal was revised in 1992. It dates back to 1866. Central is a figure of the Goddess of Liberty holding a liberty pole surmounted by a Phrygian cap, symbol of freedom from the time of the Roman Empire. There is a Shield which represents defense, protection, wisdom and prudence. An Eagle shows majesty, power from a height and the two Stars signify hope, purity and constancy. Around the outer circle are the words “Supreme Court State Of Nevada” in the upper part, and

Fiat Justita, the motto, in the lower part.

“Fiat Justita” which is “Let Justice Be Done”. Description:  The buildinng faces east and is a three story stone structure. The building was the Nevada Supreme Court and State Library Building and is now the Office of the Attorney General of Nevada. The building was renovated in 1993. The architect was D C West and the contractor was Clark & Sullivan 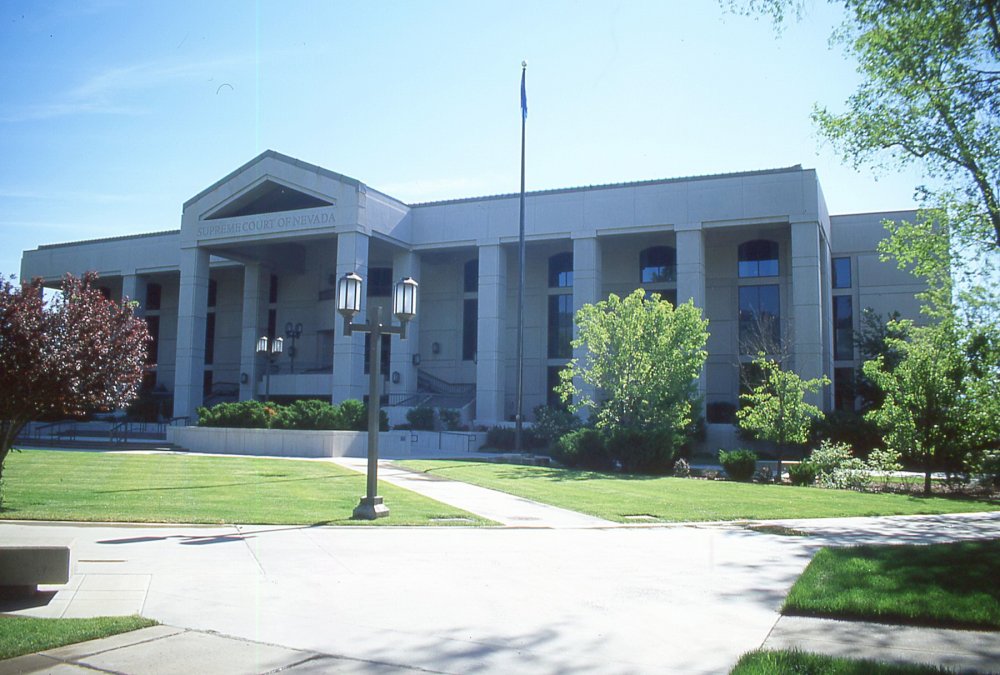 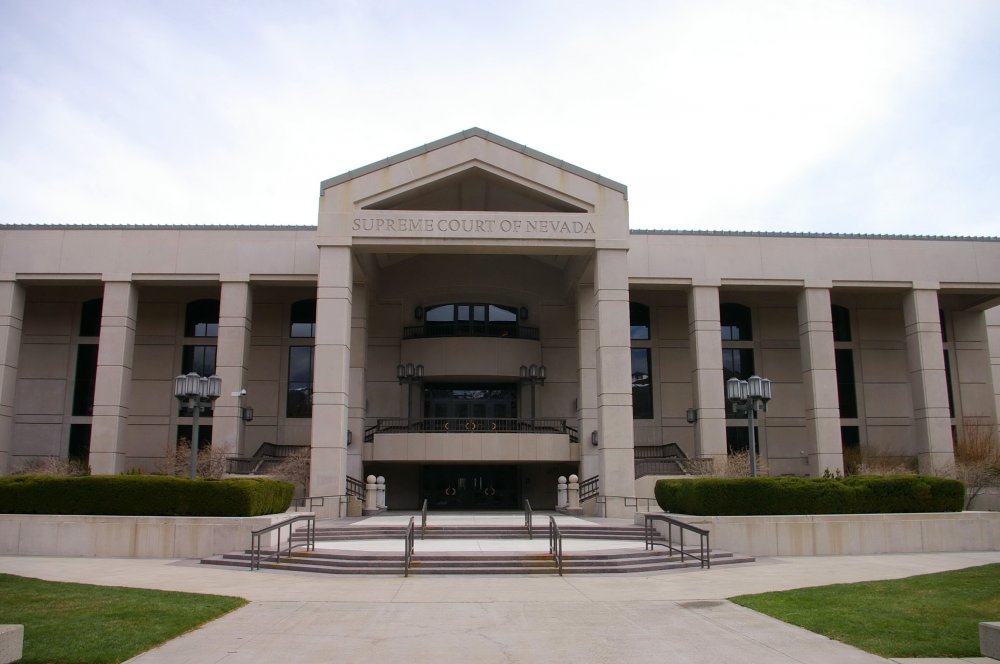 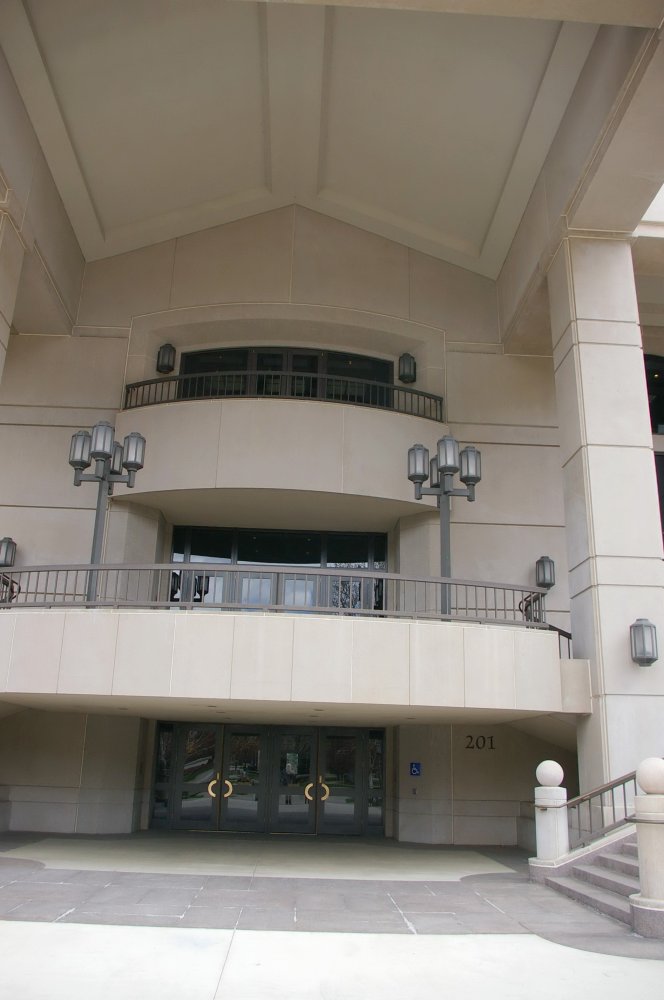 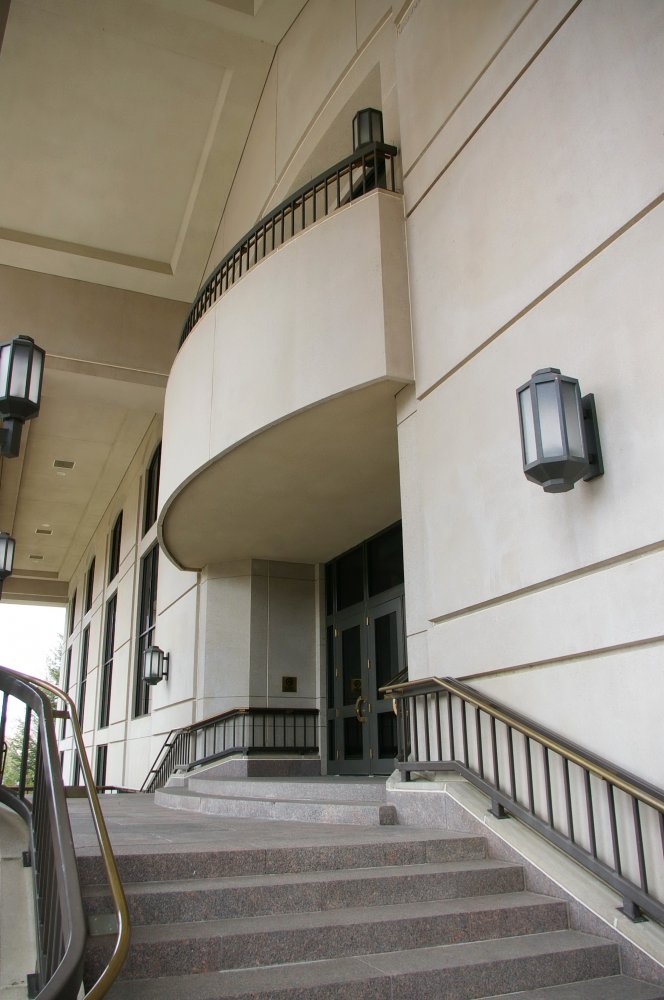 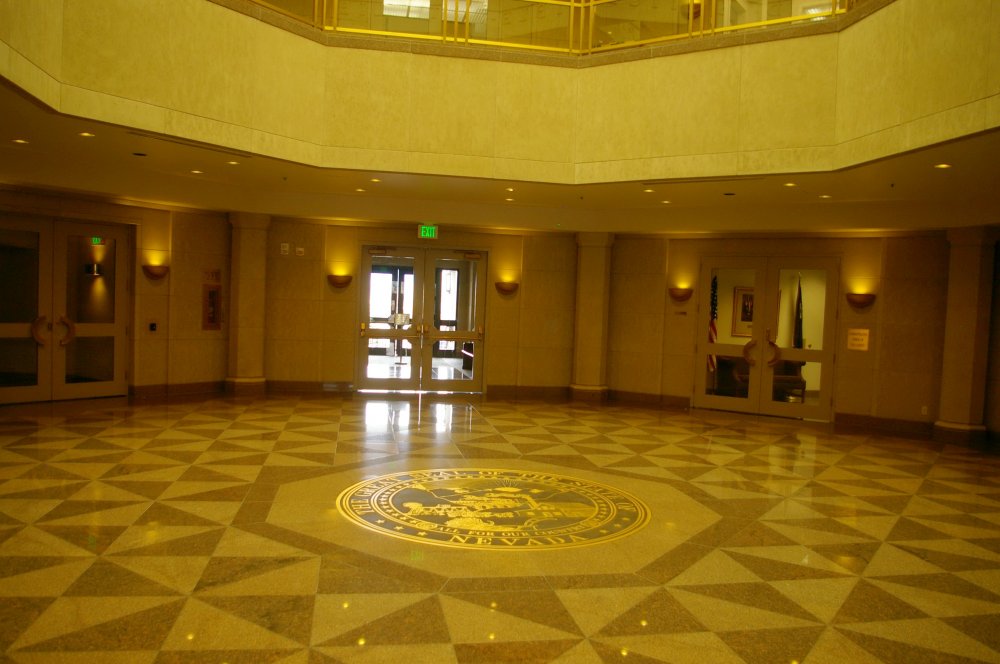 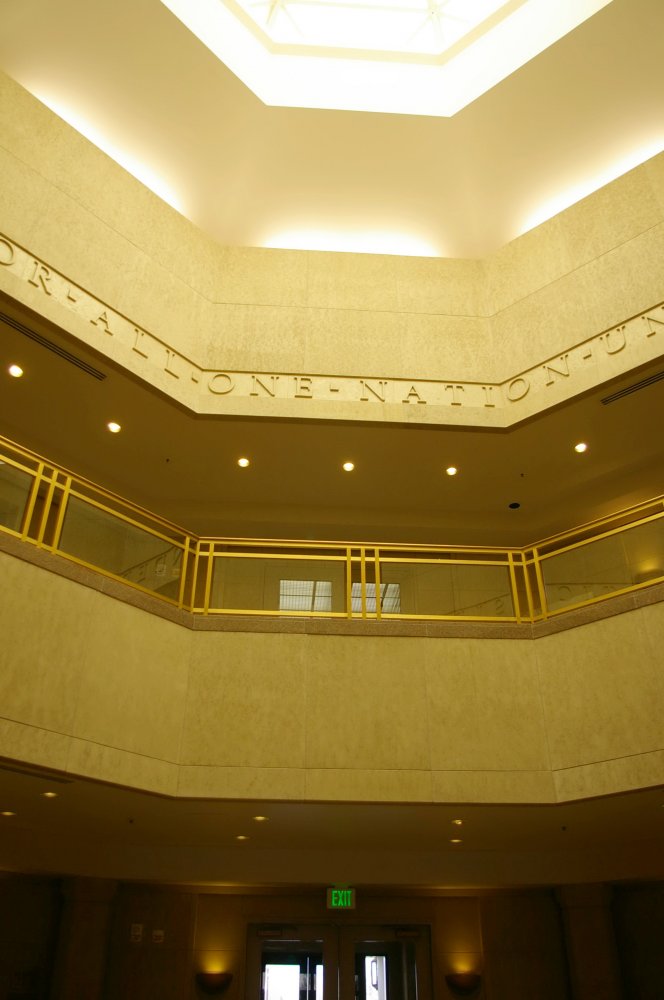