Description:  The building faces north and is a two story structure. The Supreme Judicial Court is located in the center of the city in the Judiciary Building called “Ali’iolani Hale”. Situate south of the Iolani Palace, the court has been located here for over a century. The north front has a central tower rising three stories with arched entrance on the first story.  In front of the building is the King Kamehameha Memorial Statue. This bronze and gold statue was placed here in 1883. The use of concrete blocks, a fairly new building material, “infinitely superior for both durability and ornament”, was recommended and accepted by Public Works. Aided by two Australian stone masons, Superintendent Stirling, oversaw not only the construction, but also supervised the making of the large concrete pillars and stones at the building site. These concrete blocks were so well constructed that nearly one hundred years later no deterioration had occurred. To increase the work force, convicts were brought from the prison and made to labor on the project.

Note:  On February 19, 1872, Kamehameha V laid the cornerstone for the new building. which housed the Legislature and the Supreme Court. 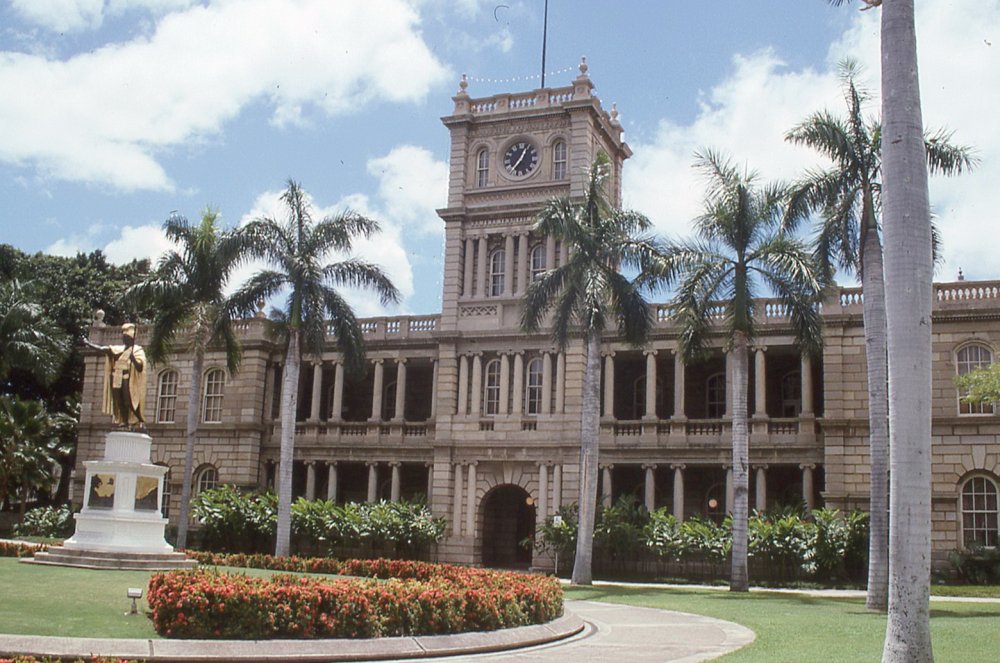 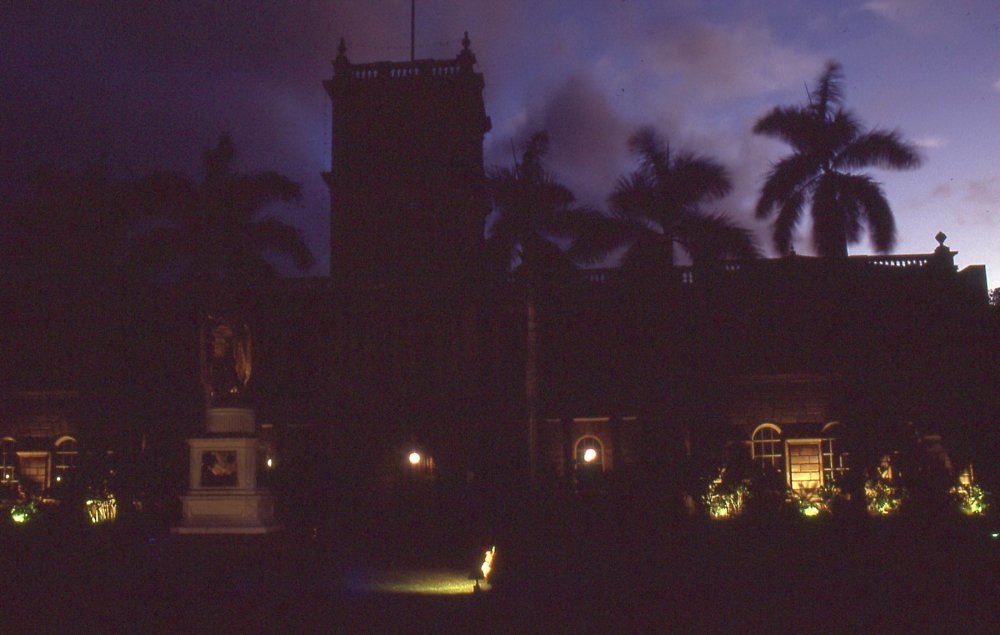