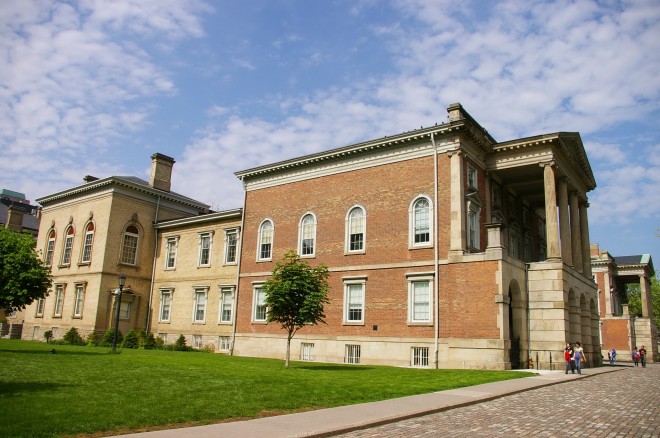 Description:  The building faces south and is a two story buff and red coloured brick, stone and concrete structure. The Court of Appeal is located at Osgoode Hall, named after William Osgoode. The Court meets in Court Rooms 1, 2, 7 and 10. The building is also the headquarters of the Law Society of Upper Canada. The building was refurbished in 1844 and again in 1855 to 1857 when the building was enlarged by Toronto architect Henry Bower Lane and the construction firm of Cumberland and Storm. The 1829 building became the east wing of a larger structure defined by a long central pavilion surmounted by a dome and flanked by two protruding wings fronted by a classical portico. 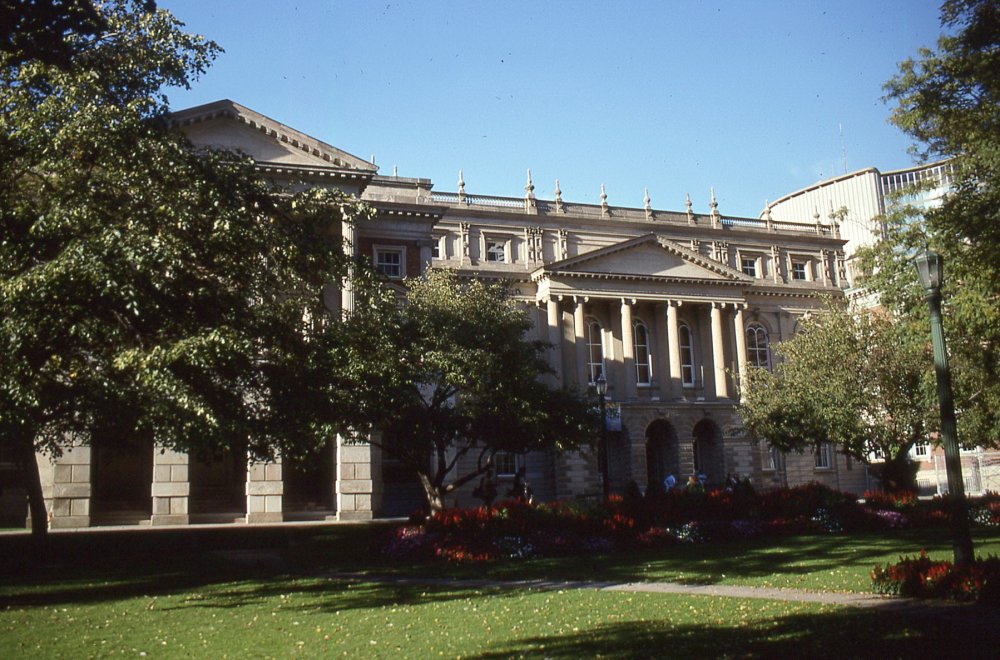 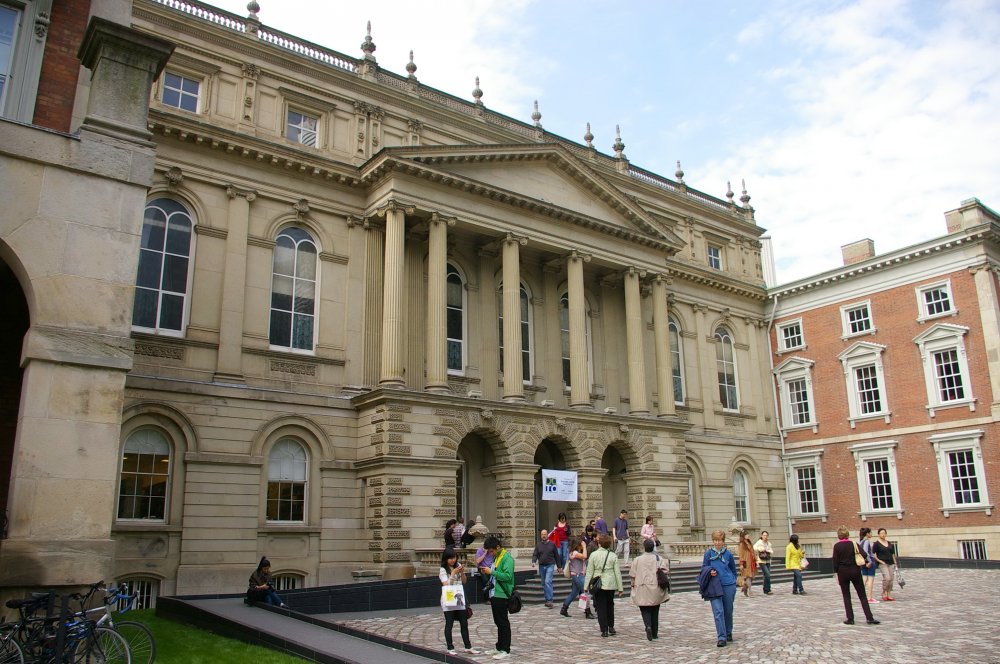 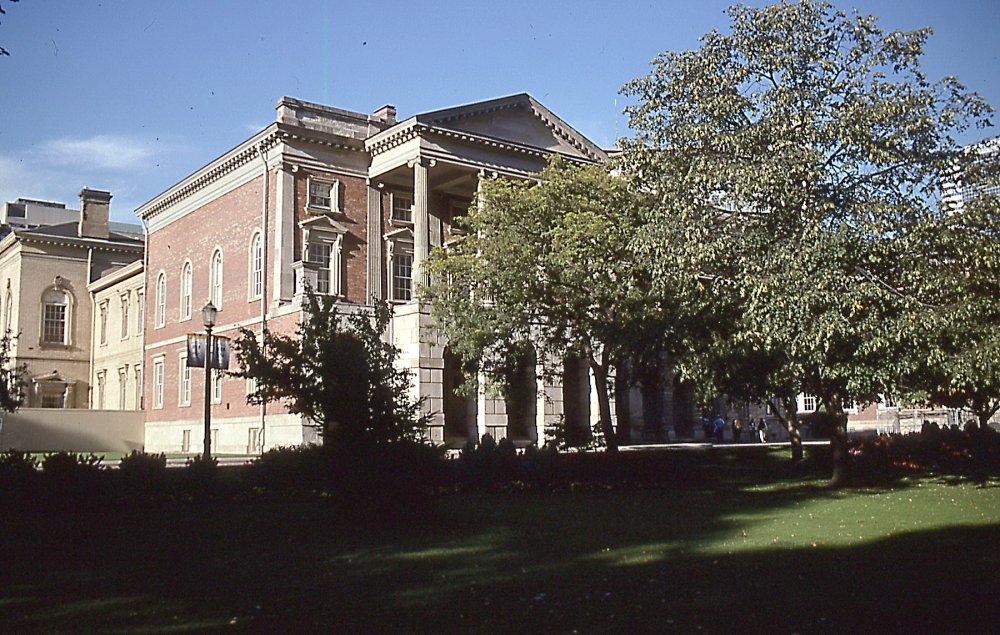 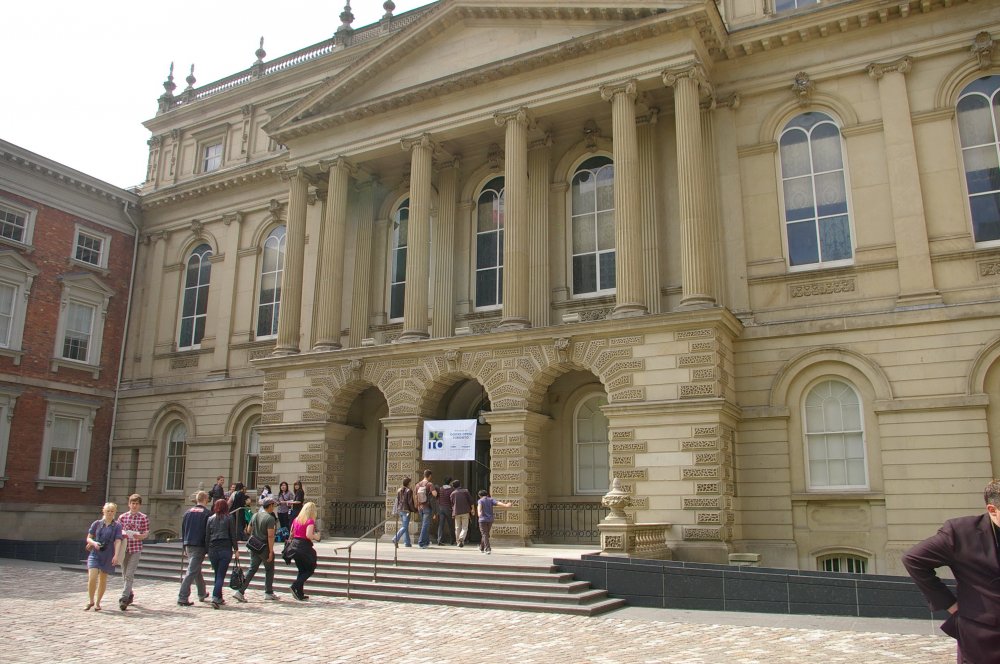 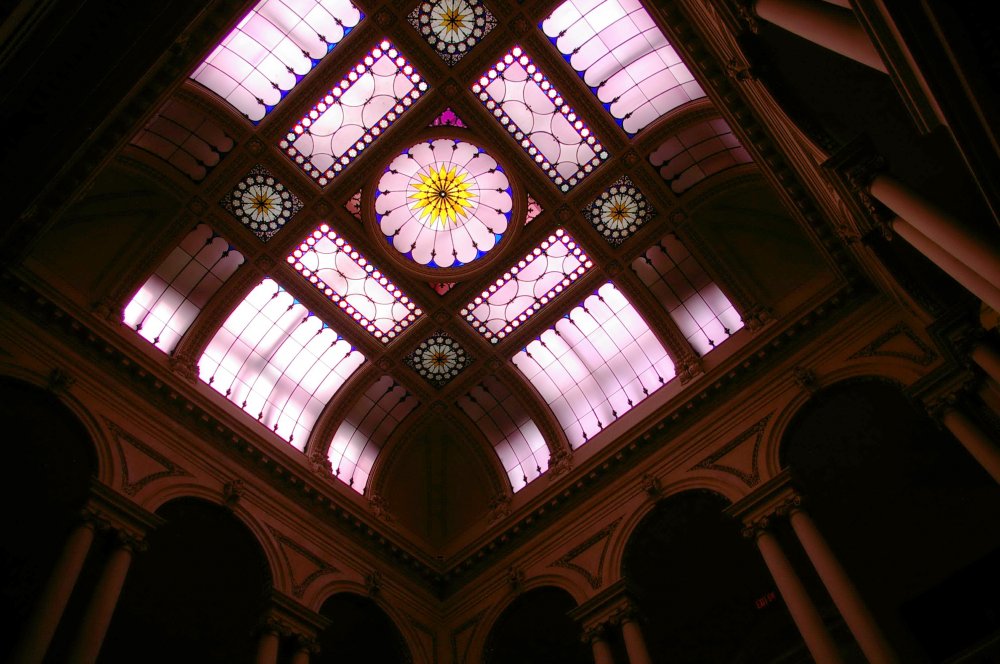 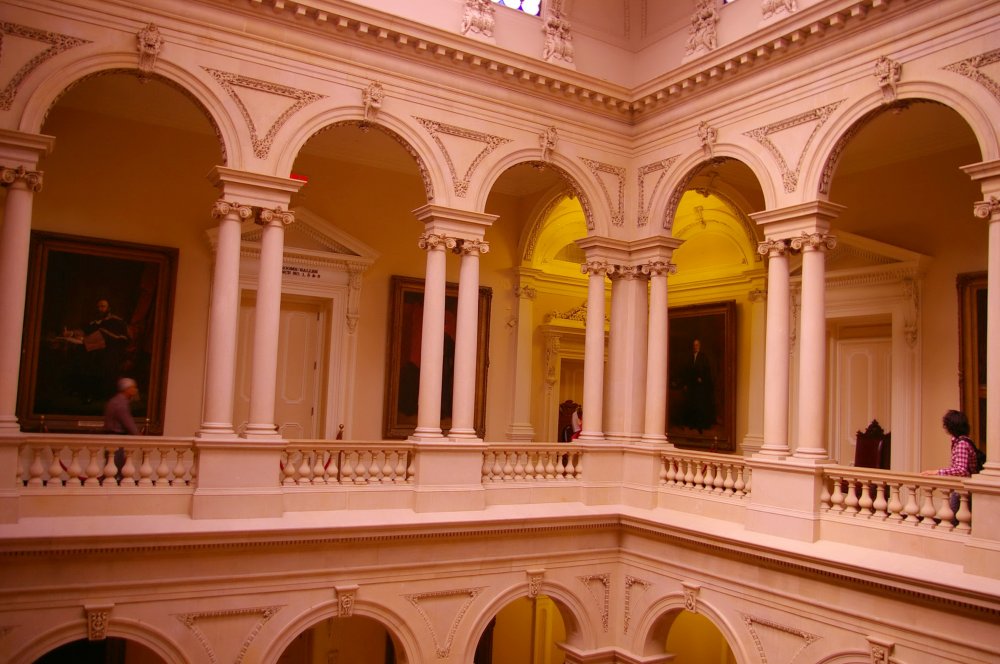 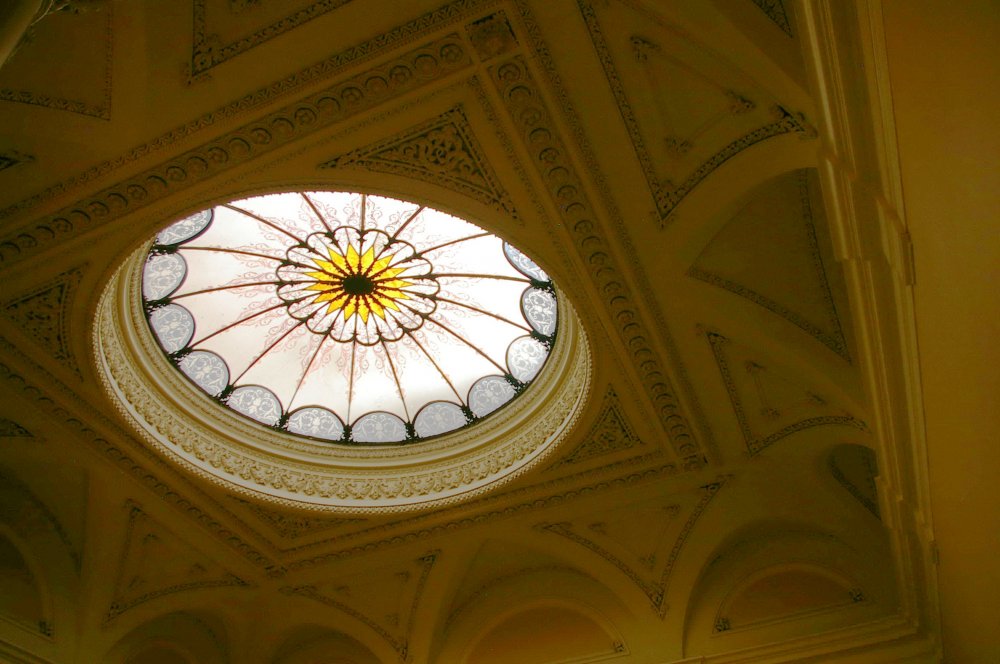