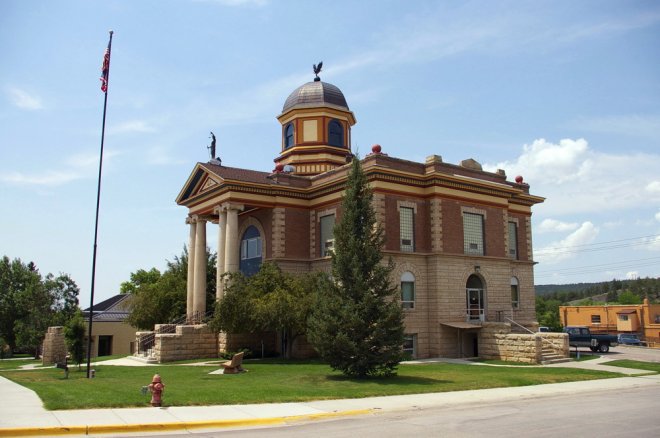 Weston County is named for John B Weston, who was a railroad promoter. 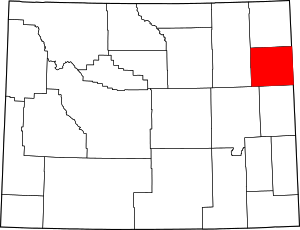 Description:  The building faces east and is a two story red colored brick, stone and concrete structure. The building is located on landscaped grounds in the center of Newcastle. On the center of the roof is an octagonal cupola with black colored roof and eagle statue at the top. On the southeast front is a large Greek style portico supported by four large stone Ionic columns. Atop the portico is a statue of Justice The first story and base is white colored cut sandstone. The second story is brick and the corners have stone trim. In the interior are the original staircase, wood paneling in the lobby and original trim around doors. The Commissioner’s Room is located on the first story. The County District Court courtroom, judge’s chambers and law library are located on the second story and have been completely refurbished with new materials. The building houses the County District Court and County Circuit Court of the 6th Judicial District.  A three story wing dedicated as a war memorial was added on the west side of the building in 1953. The addition uses sandstone for the first two stories and brick for the upper floor to match the main building.

Note:  The first contractor Williams & Oak was fired and replaced by John L. Sundstrom, Oscar Linden, Carl Sjostrum and Robert Linden with experience in stonemasonry. Construction was complete in 1911, in time for a visit in October and an address from the courthouse steps by United.States President William Howard Taft.

See:  The architect, Charles A Randall, also designed the courthouse in South Dakota in Butte County.

History:  The county was created in 1890 and Newcastle was selected as the county seat. The first courthouse was office space located in the basement of Kilpatrick Brothers and Collins Mercantile. The second and present courthouse was constructed in 1910 to 1911. 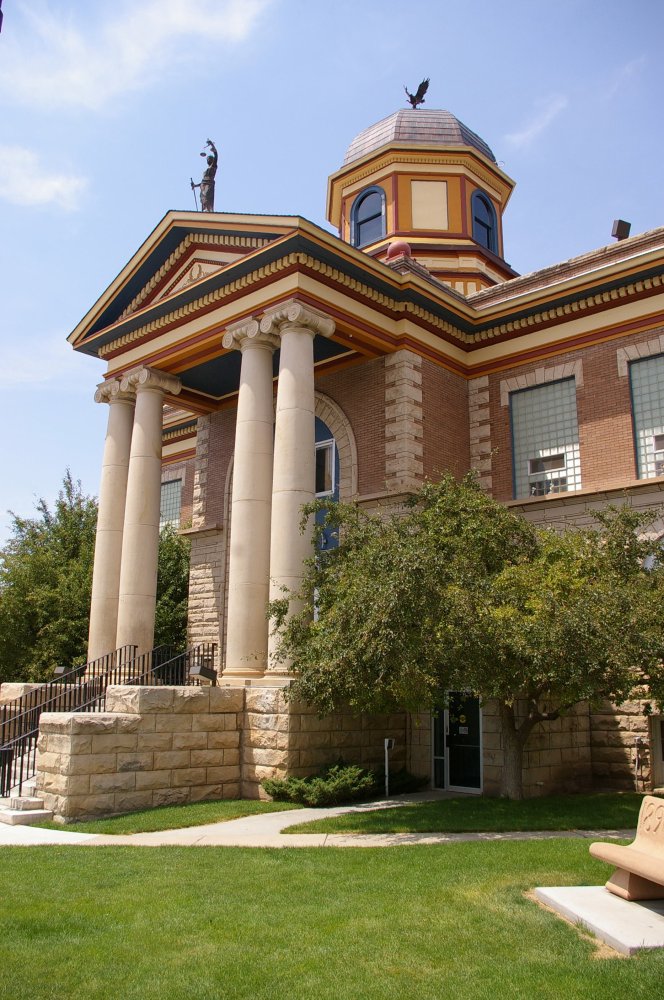 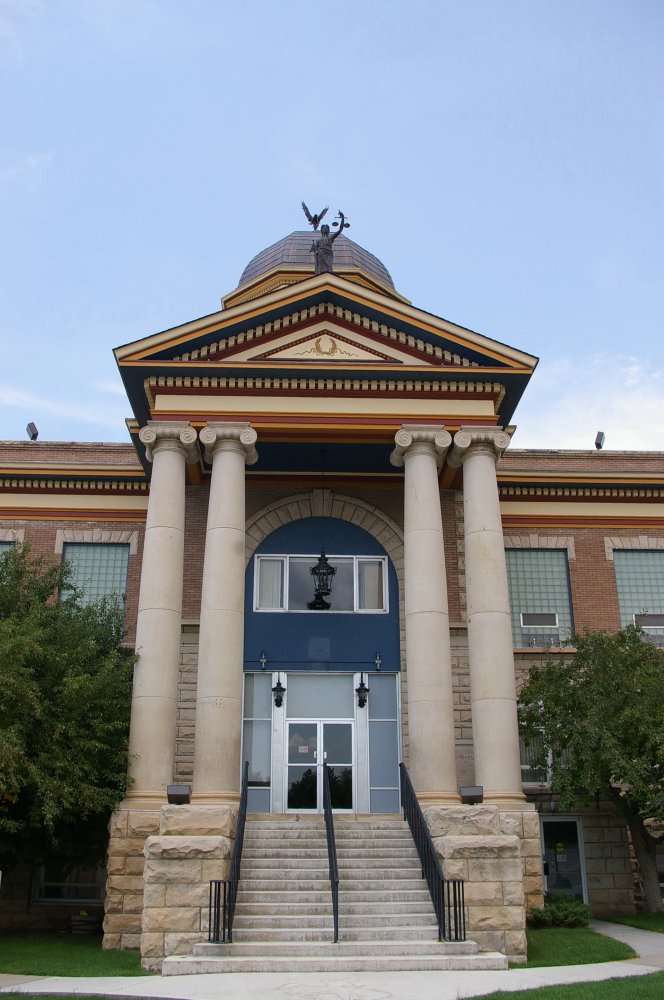 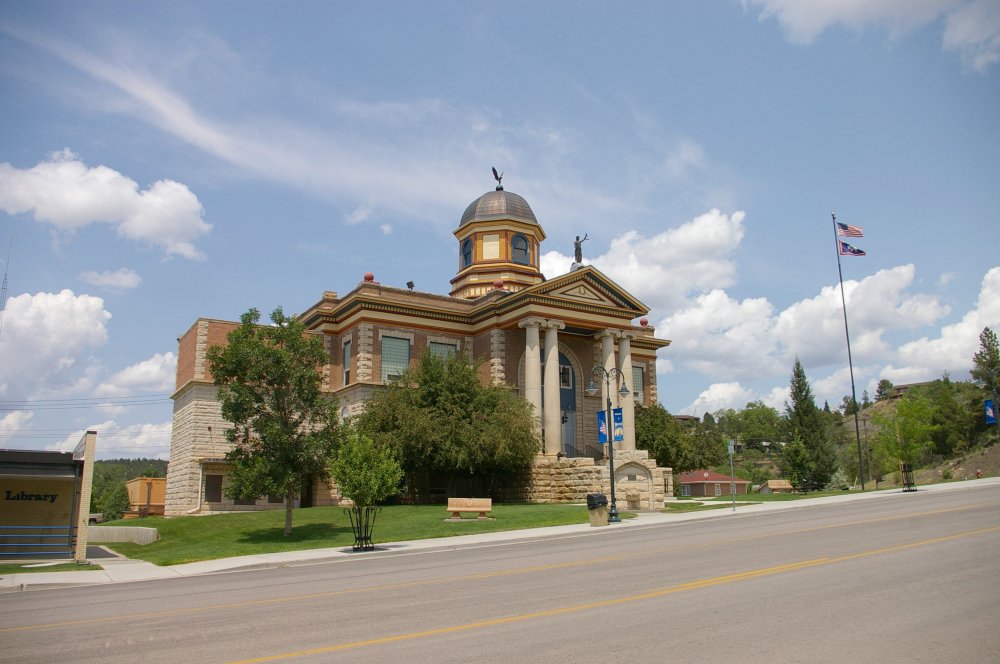 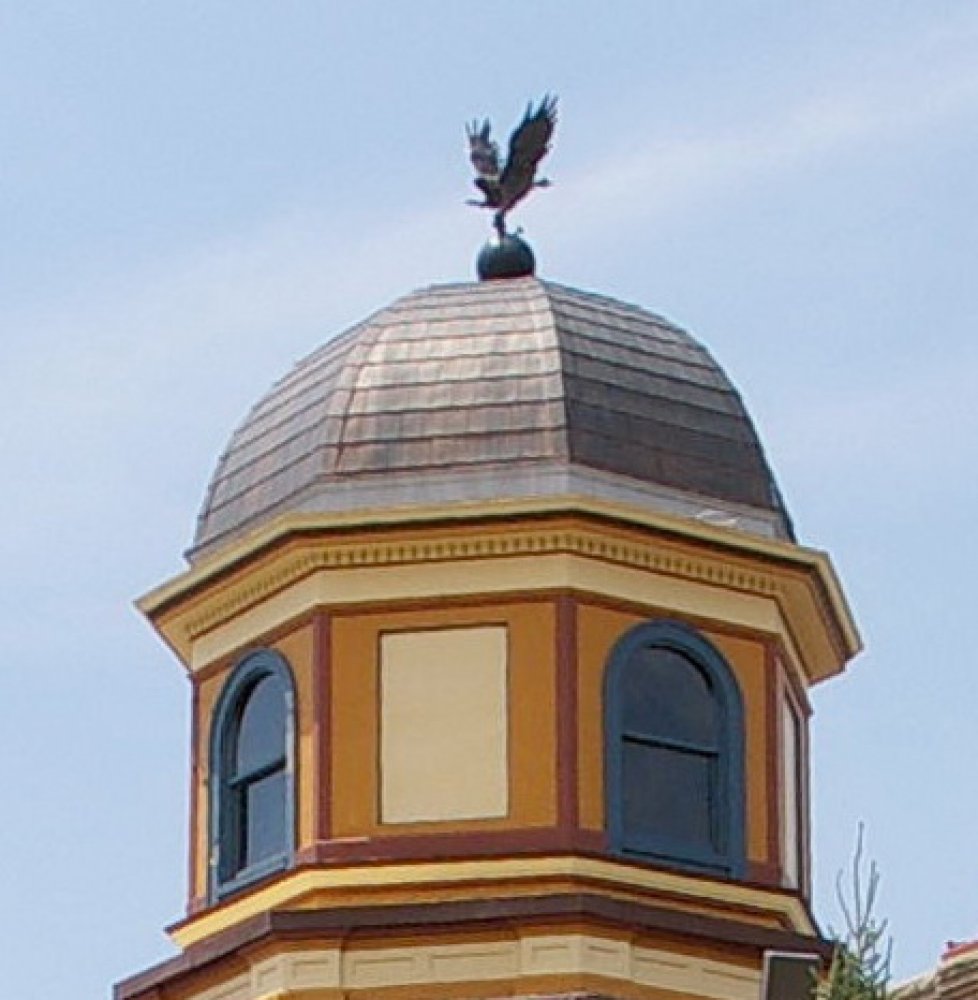 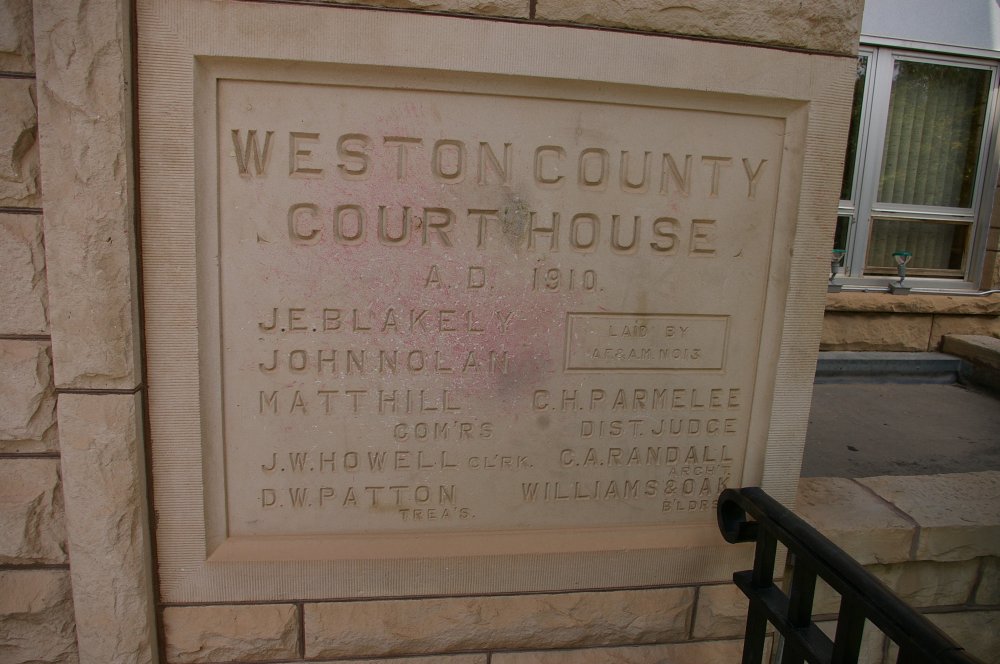