Washakie County is named for the Washakie, who was leader of the Soshoni Native American tribe and who lived from 1804 to 1900. 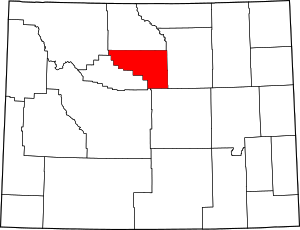 Description:  The building faces south and is a three story buff-yellow colored brick, concrete and glass structure. The south front has a projecting center section with a large stone framed entrance with glass rising to the second story. The east and west wings are two stories. The roof line is flat. The building houses the County District Court and County Circuit Court of the 5th Judicial District. The building was a Federal Emergency Administration project. On the north side is a two story buff colored brick addition constructed in 1985 and named as the Criminal Justice Facility.

Description:  The building faces south and is a two story buff-yellow colored brick, concrete and glass structure. The building faces south and was completed in 1917. The building is located on landscaped grounds in the center of Worland to the west of the courthouse. The south front has a recessed central entrance and glass windows on either side. The second story has rectangular windows. A low parapet runs along the flat roof line. The building is named as the Pulliam Block and served as the first courthouse from 1917 to 1937. It is now occupied by Janet’s Boutique.

History:  The county was created in 1911 and Worland was selected as the county seat. The county rented premises and i917, a two story store was converted into the first courthouse. The building is still standing. The second and present courthouse was constructed in 1936 to 1937 at a cost of $137,820. 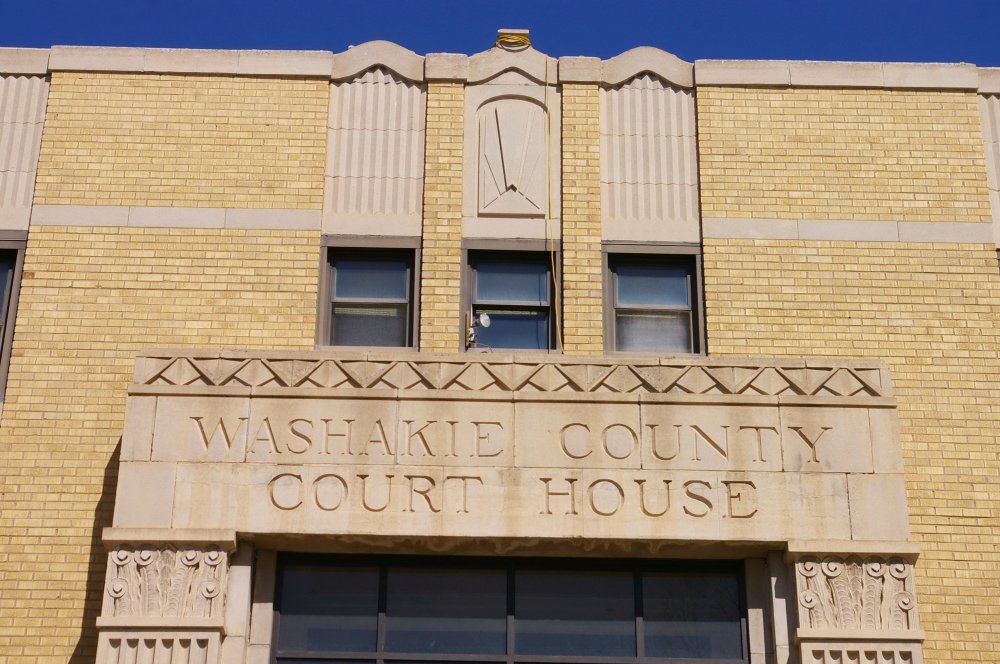 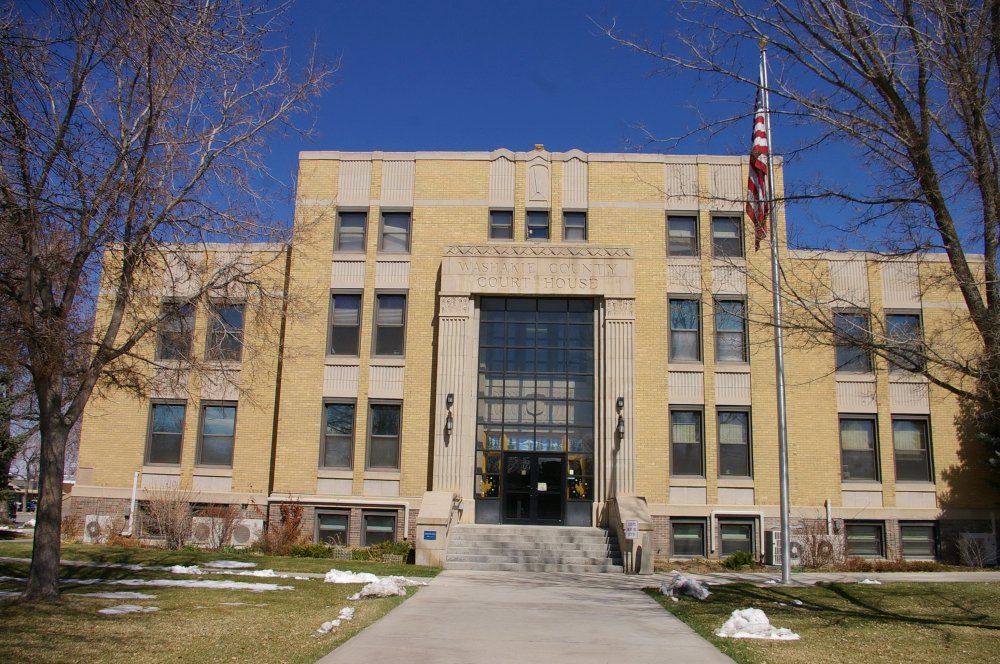 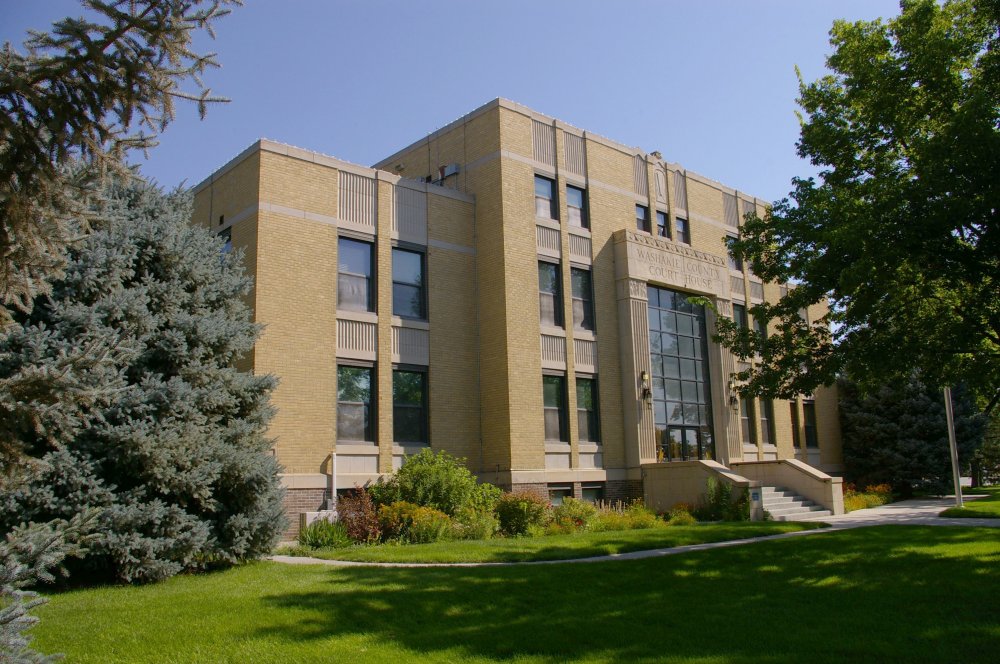 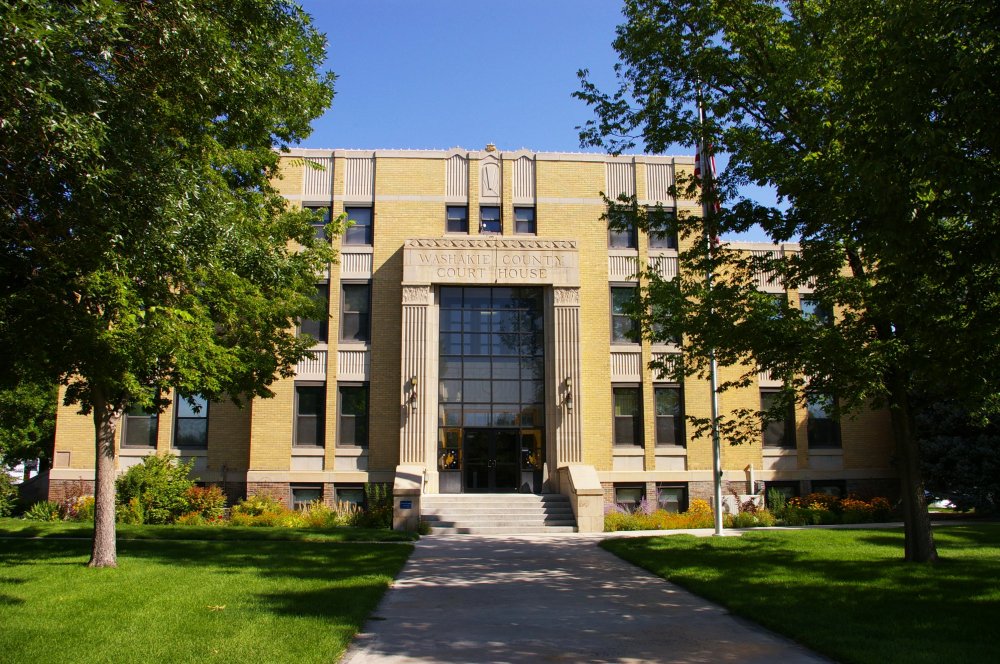 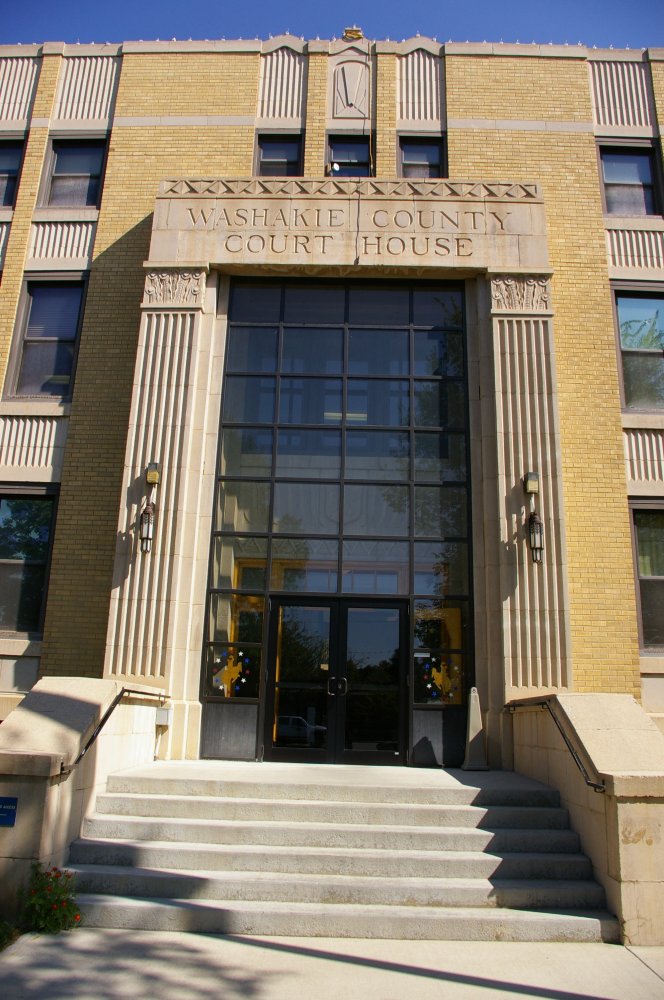 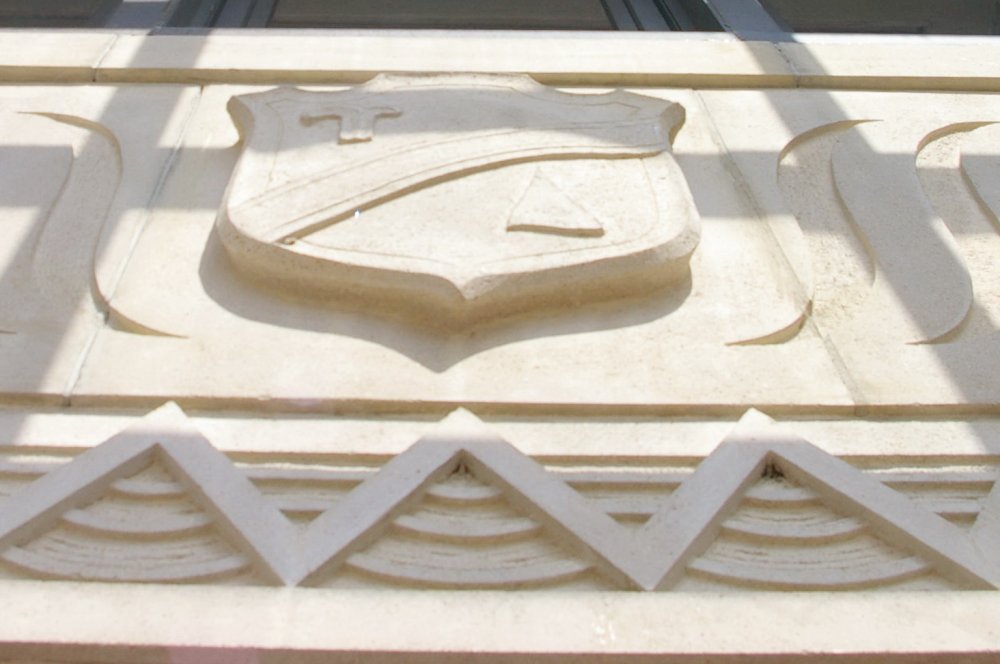 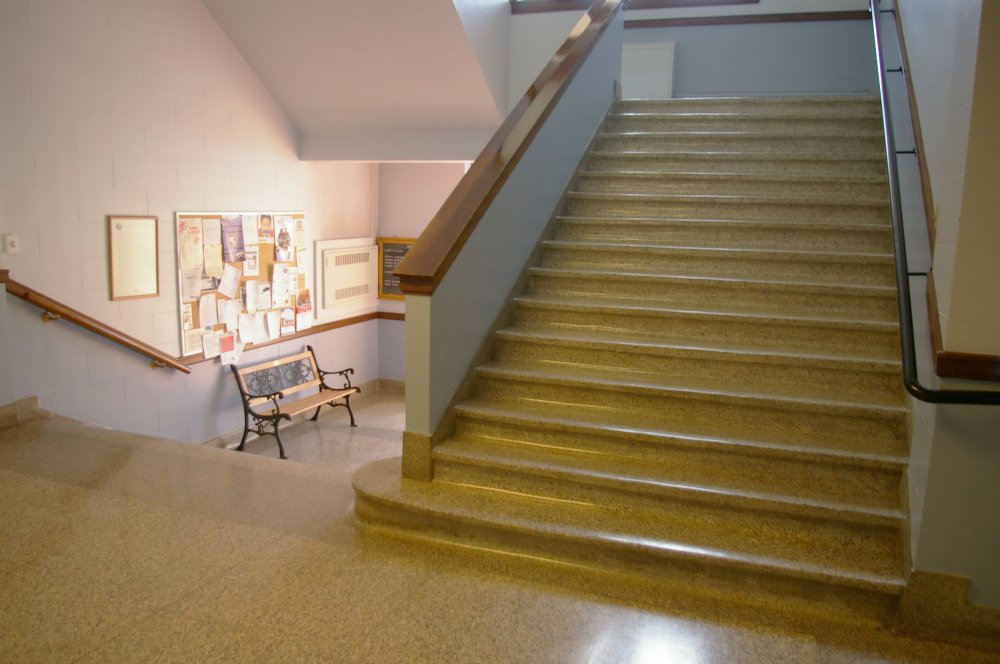