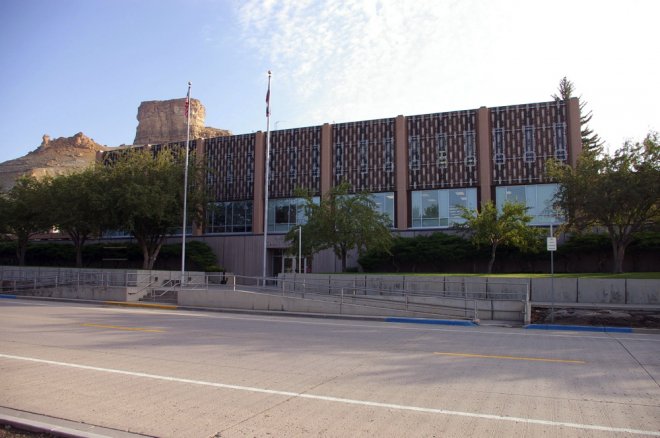 Sweetwater County is named for the Sweetwater River which a tributary of the North Platte River.

Description:  The building faces south and is a three story buff colored brick, concrete and glass structure. The building sits on a slope and has vertical dividers along the south side with glass windows on the main story and lattice work on the upper stories. The roof line is flat.

Note:  The previous courthouse was constructed in 1876 and was enlarged in 1908. The building was demolished. 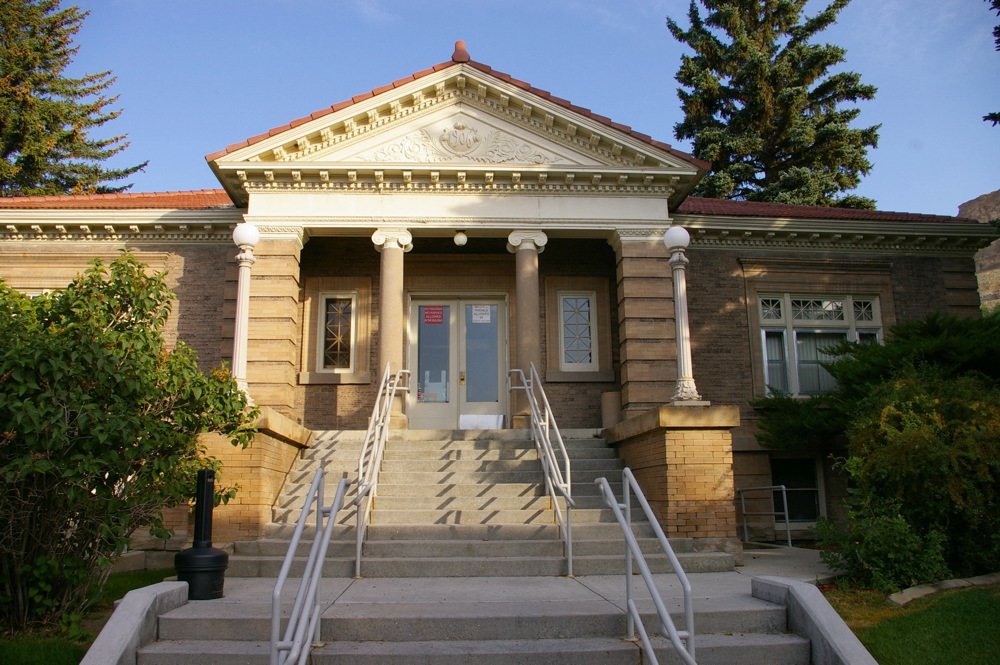 Description:  The building faces east and is a one story buff colored brick structure. The east front has a portico with two columns rising to a wide pediment. The red colored roof is hipped. The building is located on a slope with steps descending along the slope. The building was constructed as a library and in 1981, the building was converted into a court facility and county office. The architect was Dolence & Frullo and the contractor was Constatini Construction Company Inc. 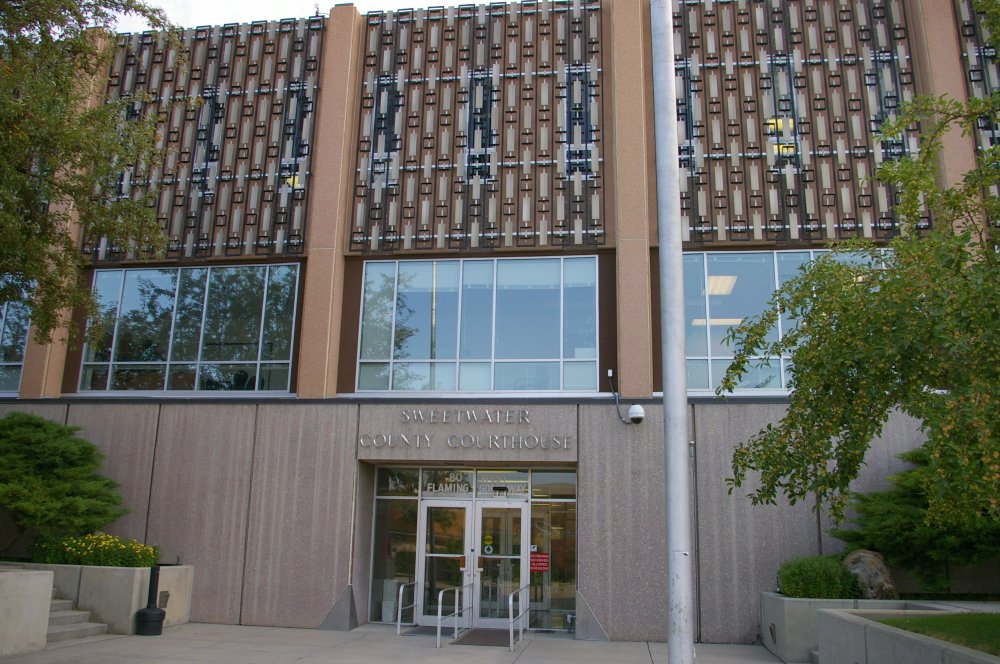 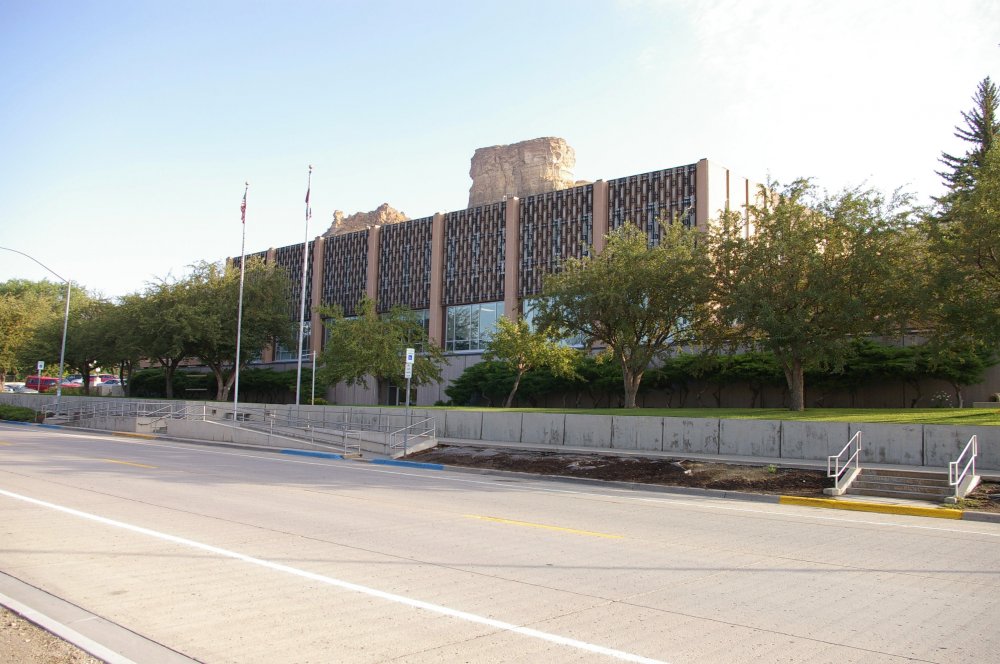 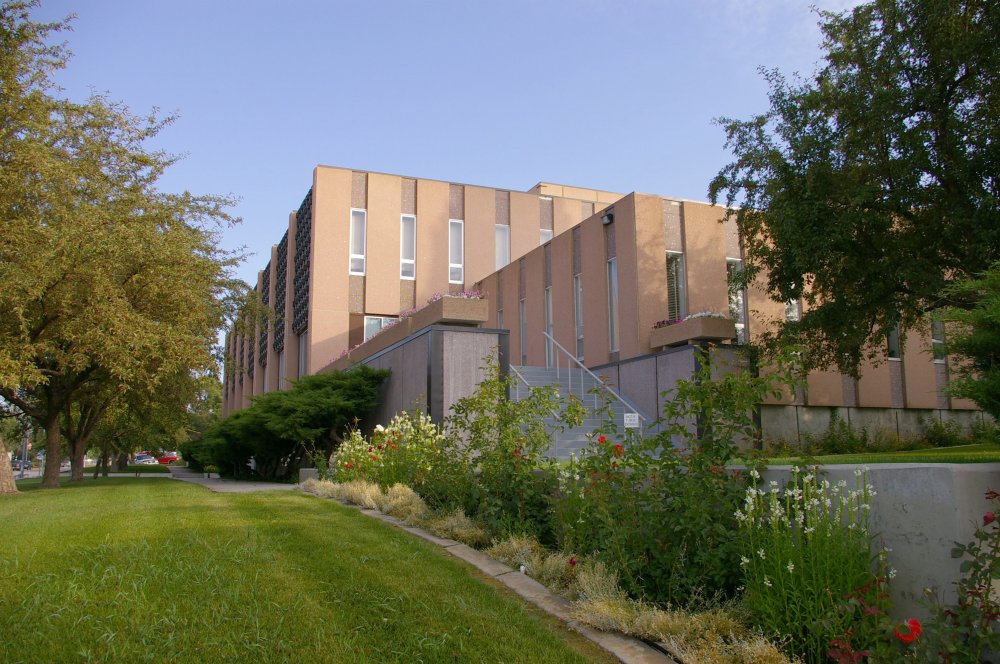 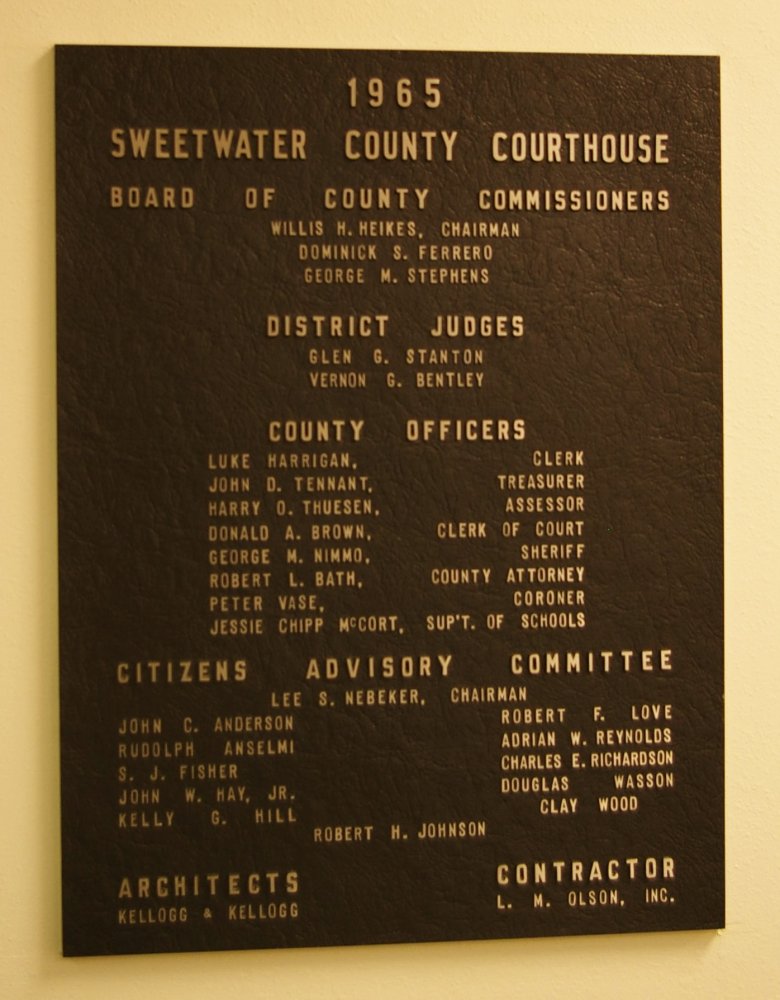 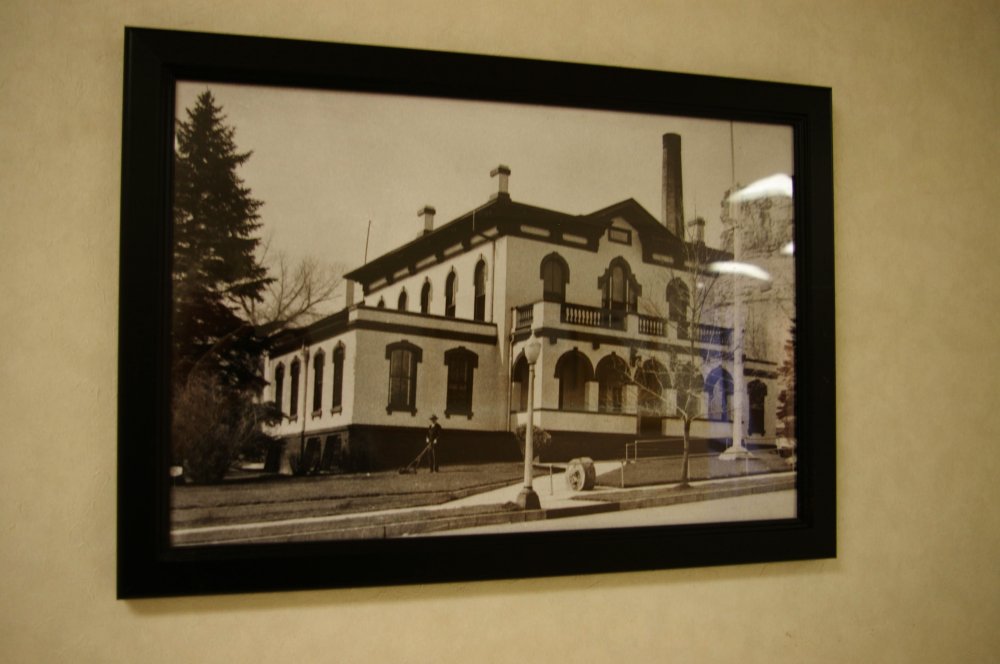 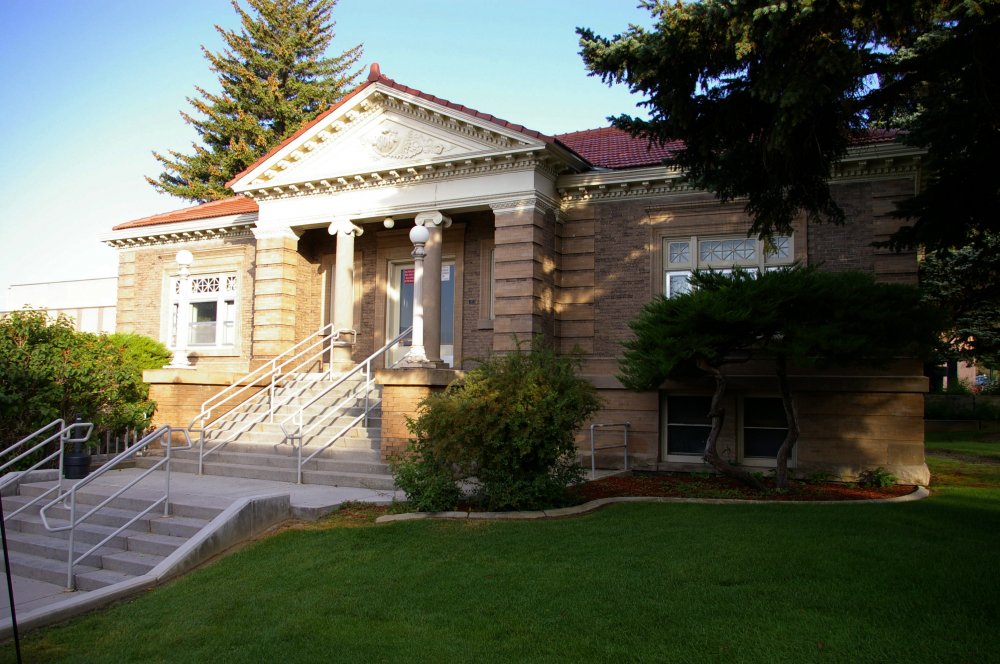 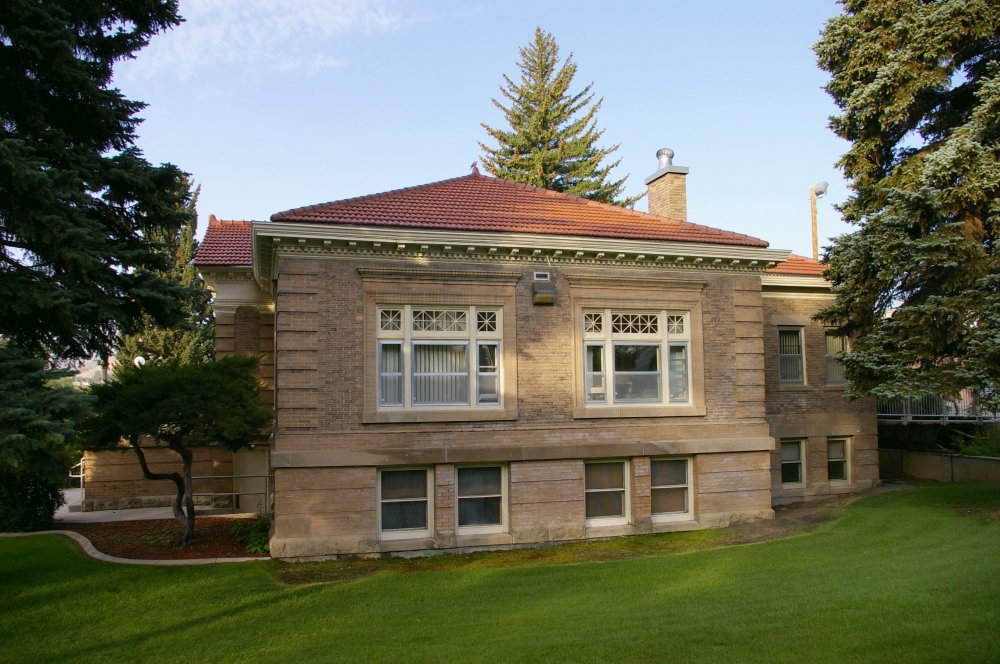 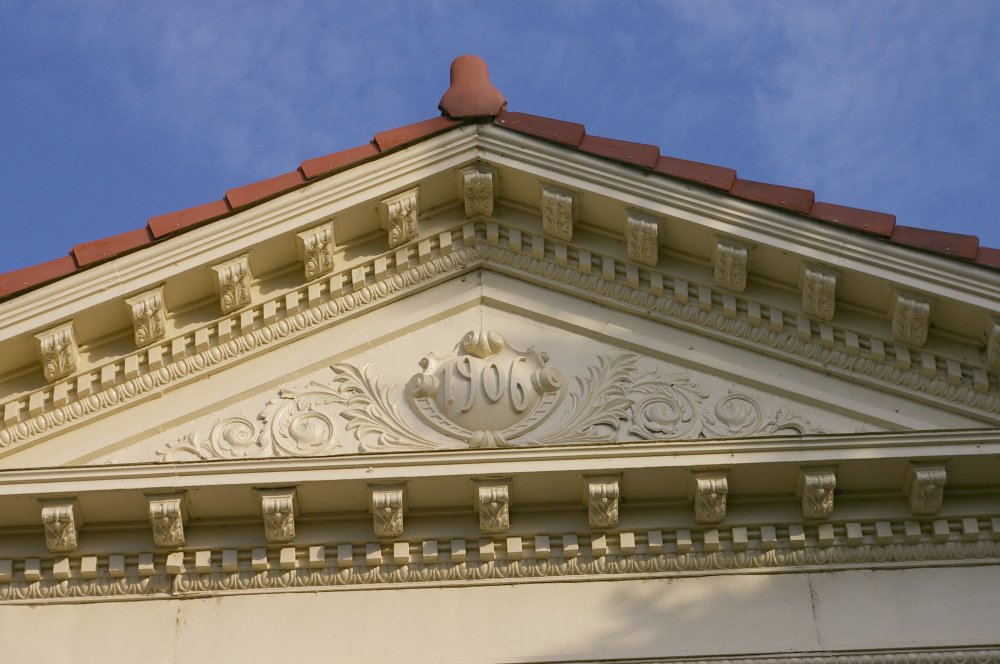 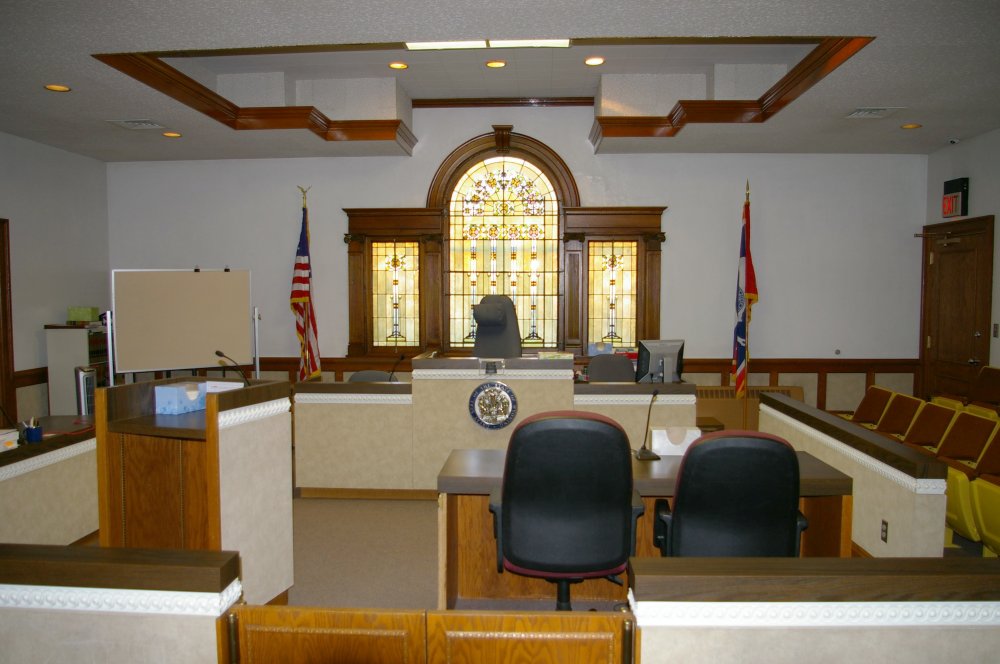 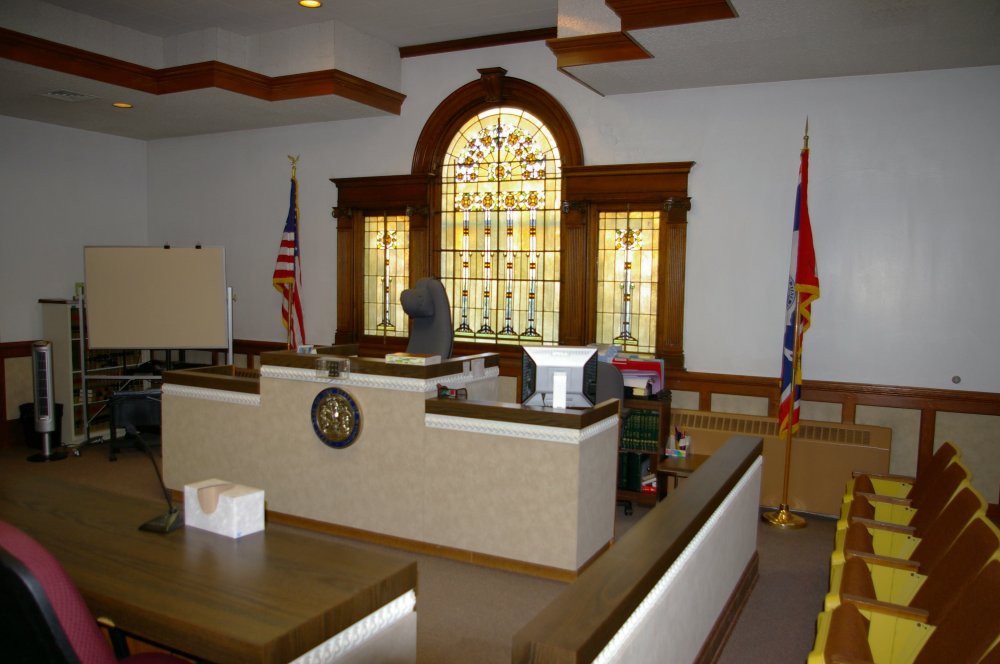