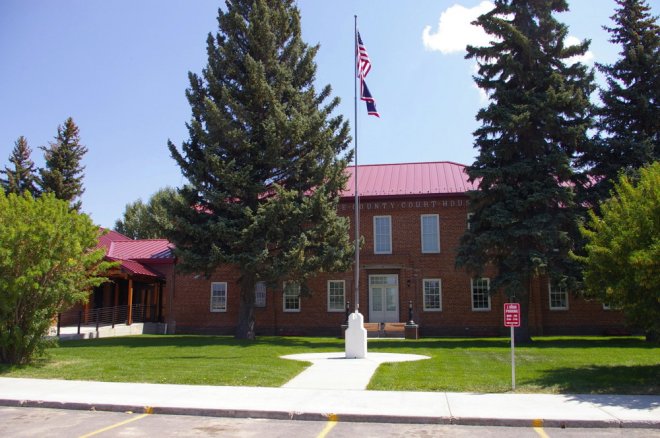 Sublette County is named for William L Sublette, who was a fur trader and a pioneer in the region.

Description:  The building faces west and is a two story red colored brick and concrete structure. The building is located on landscaped grounds in the center of Pinedale. The center section has a central entrance on the first story. The north and south wings are lower and extend west from the main building. The roof is a red color and hipped. The old library was remodeled into a courtroom for the County Circuit Court. The building houses the County District Court and County Circuit Court of the 9th Judicial District. In 2003 to 2009, the County Government Facility was constructed with the two story Detention Center along the south side, the Justice Building along the south part of the east side and county offices along the west part of the north side. There is a small park at the northeast.  All of the buildings are joined and have red colored metal roofs. The architect and contractor was Hogan & Associates Construction Inc. of West Centerville, Utah. 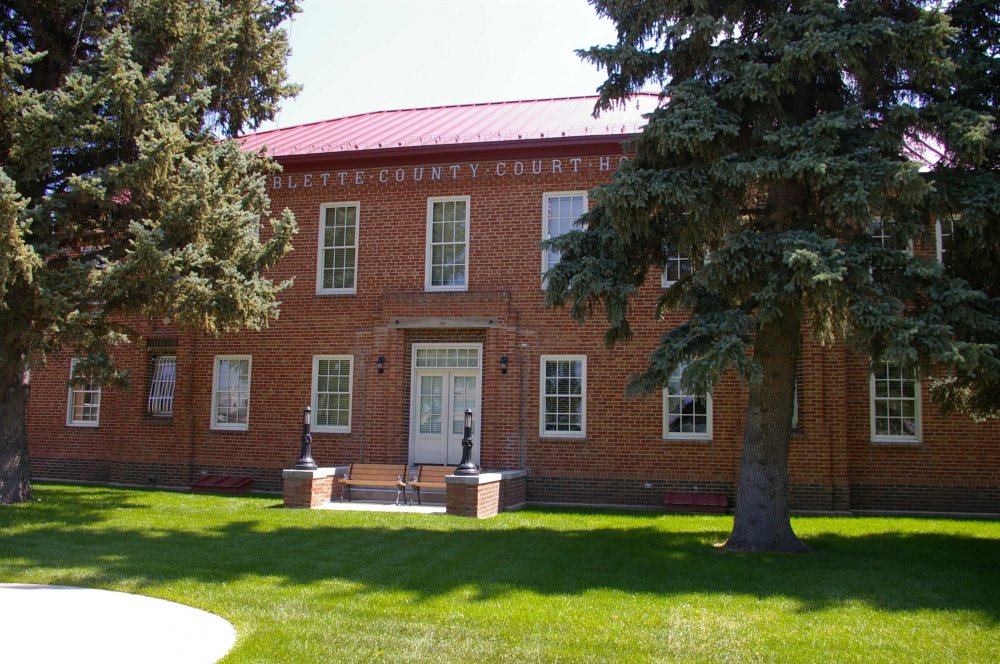 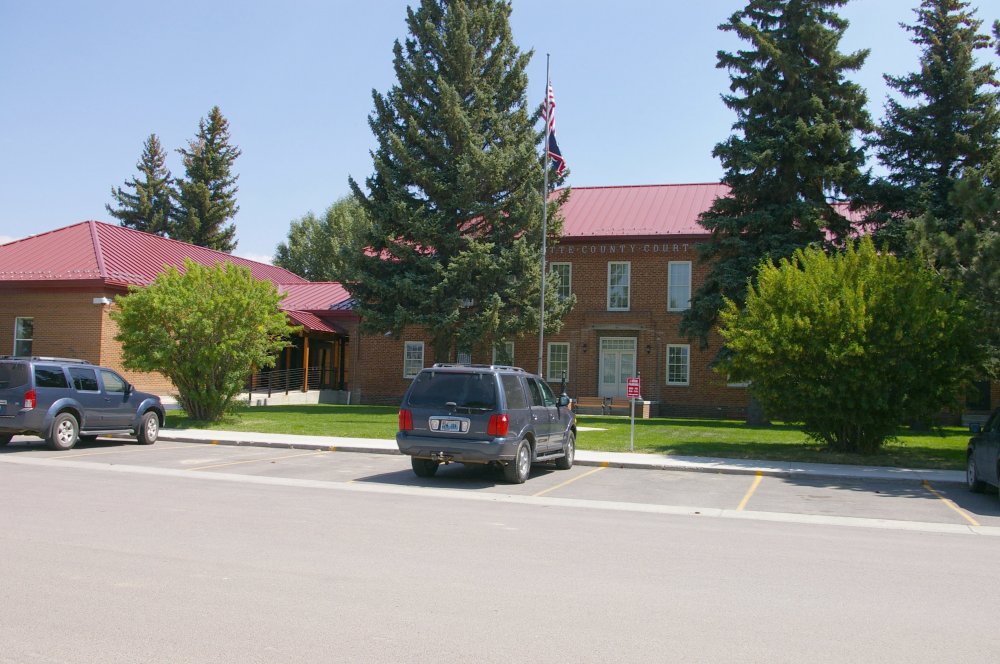 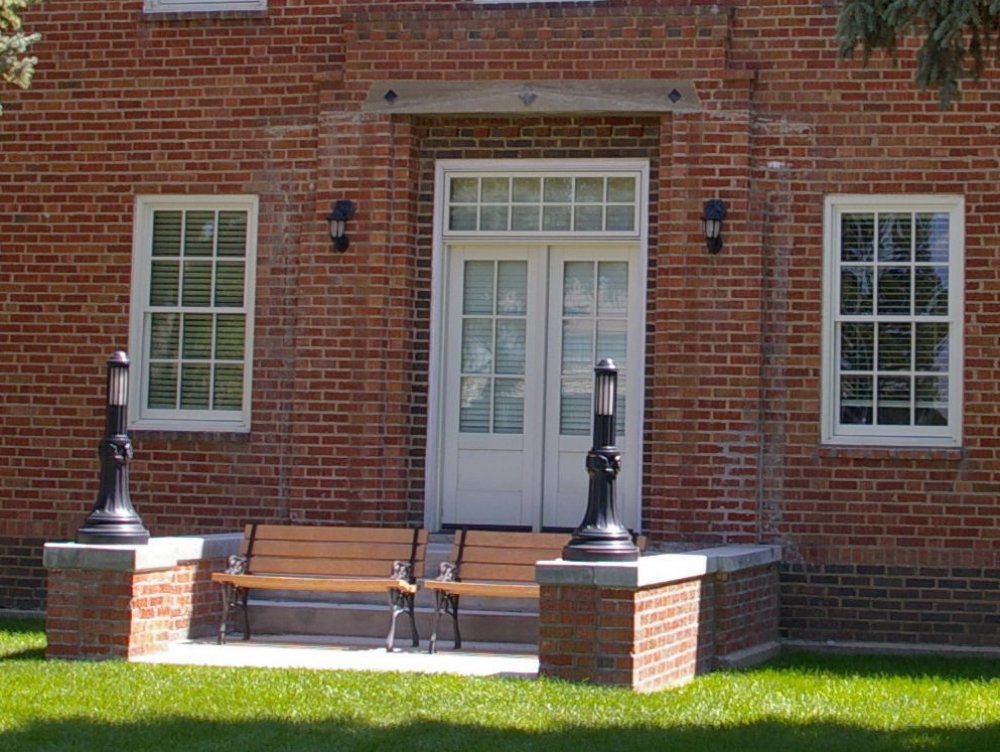 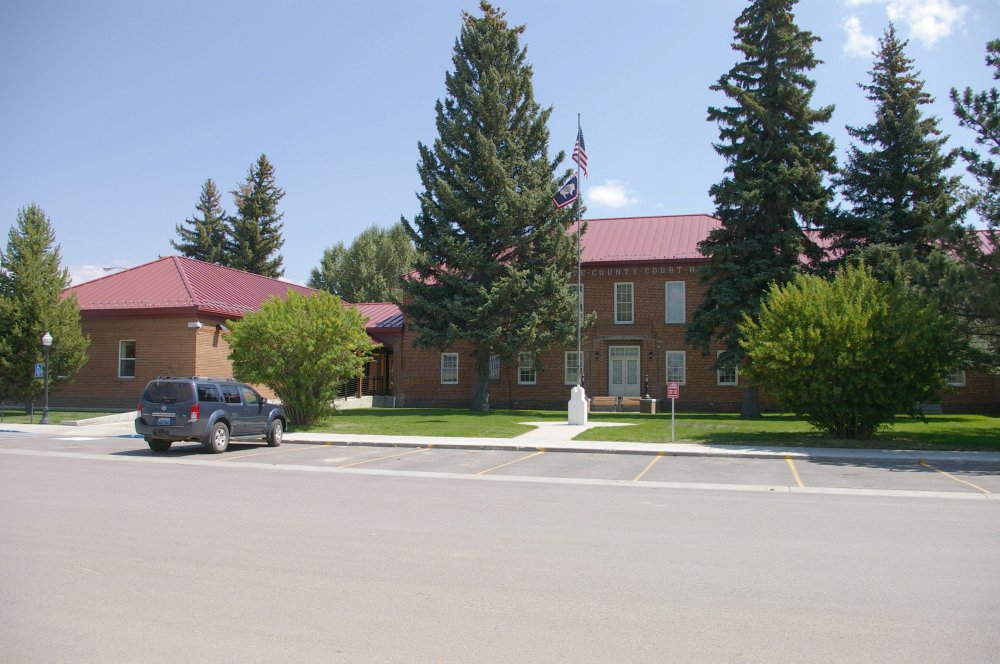 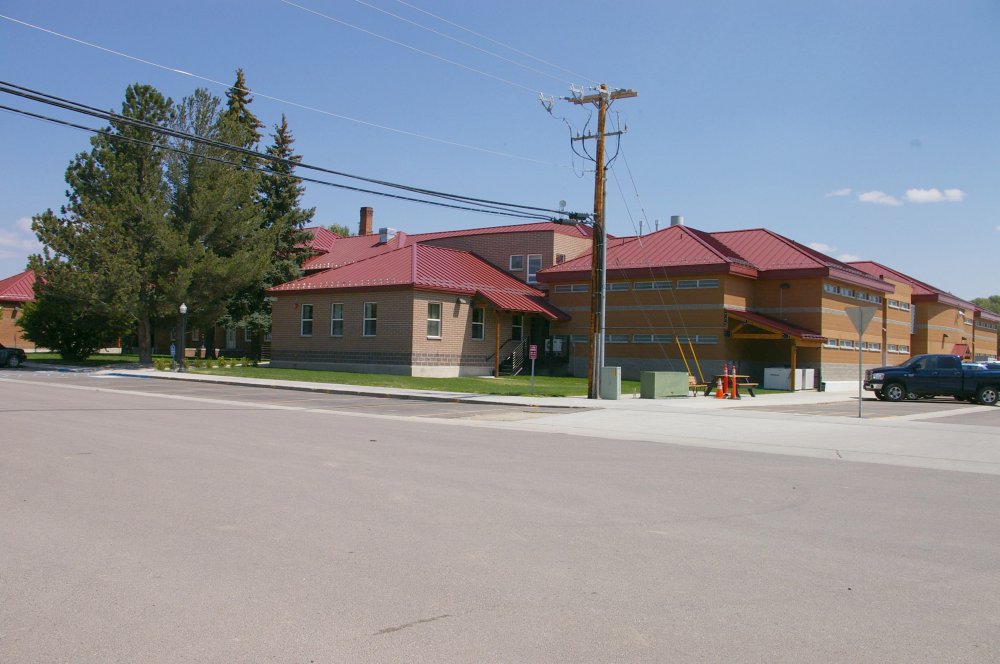 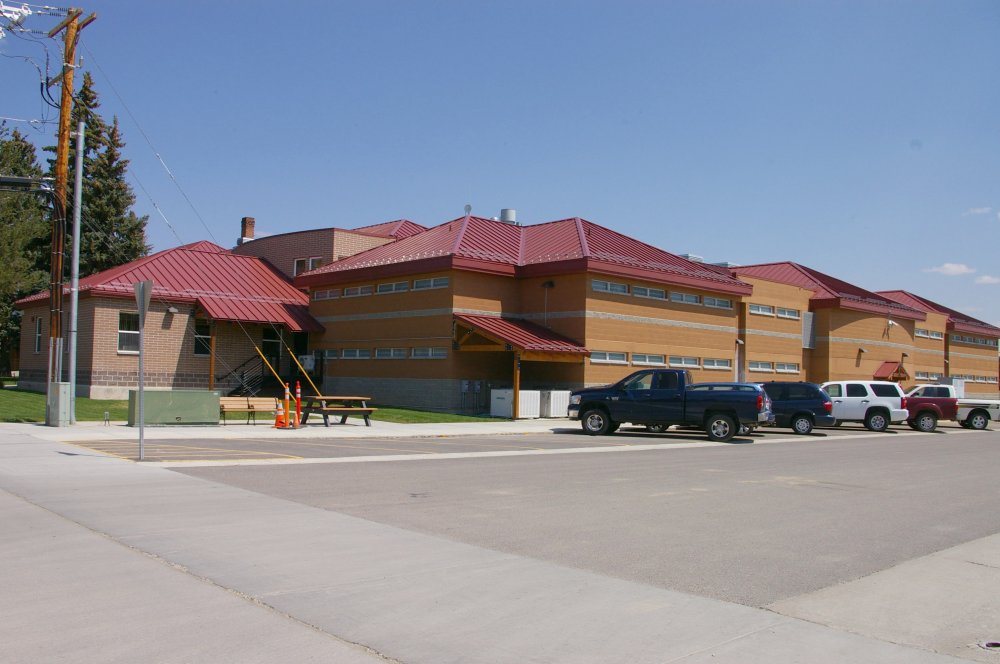 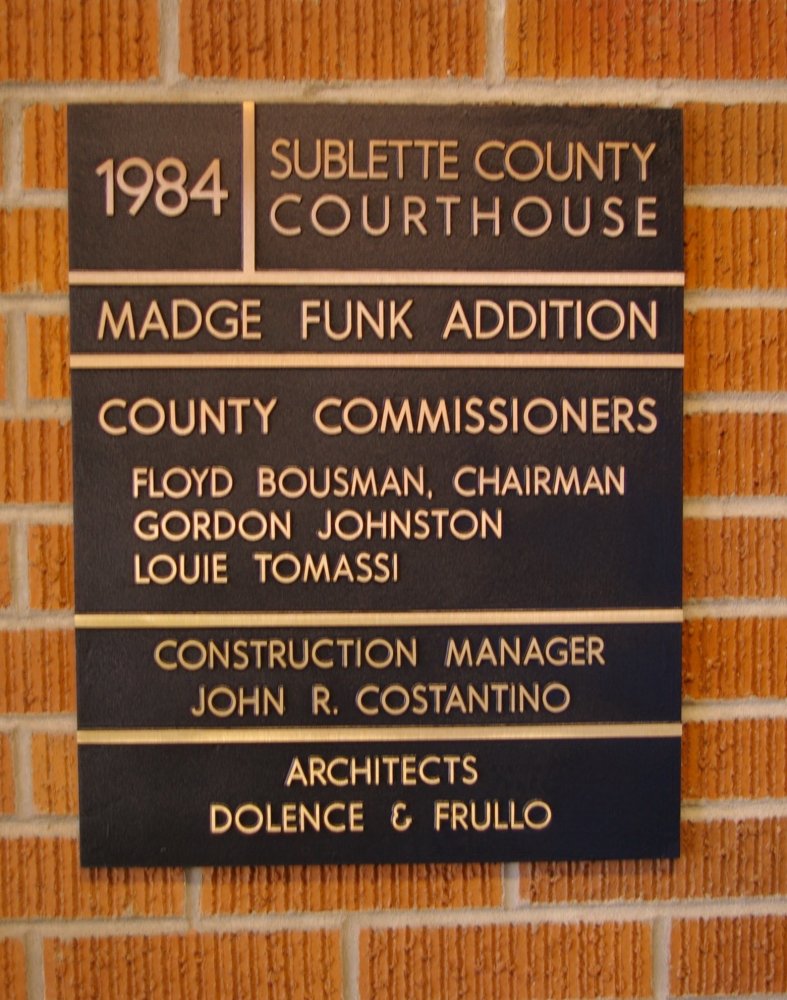 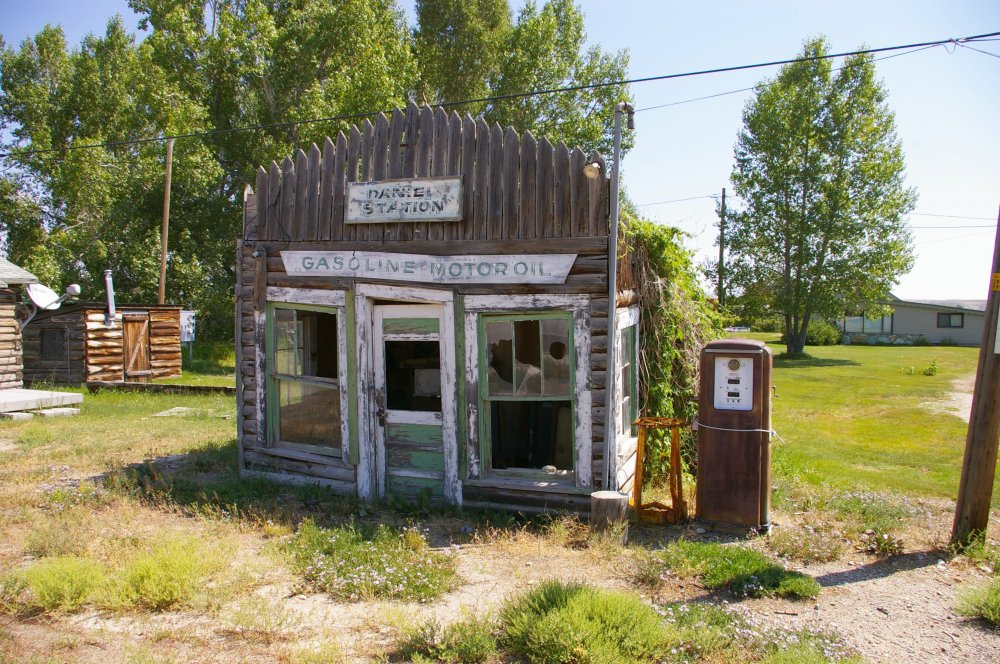 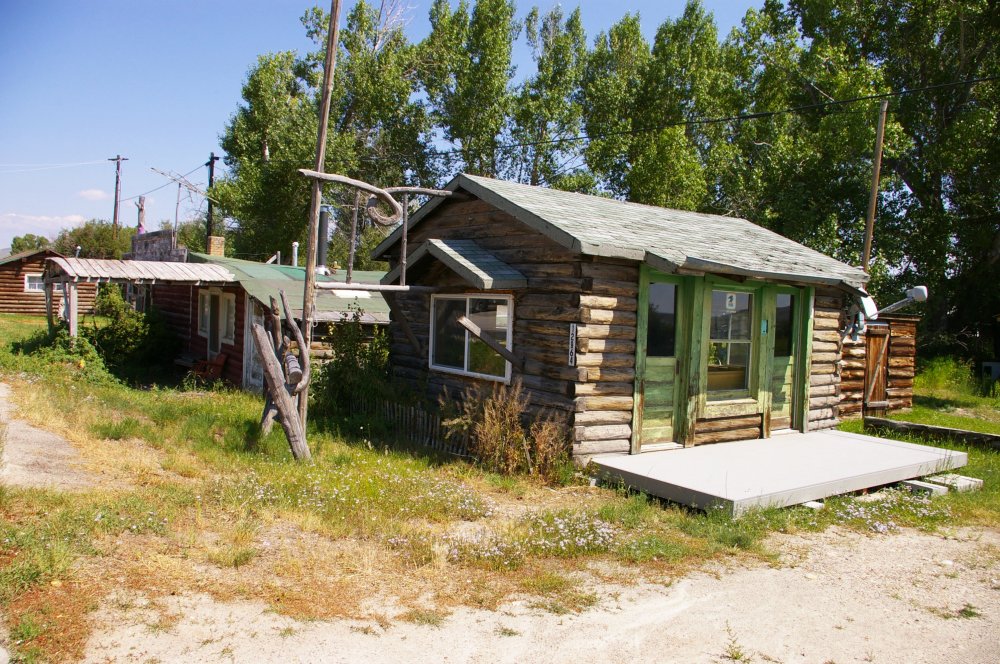