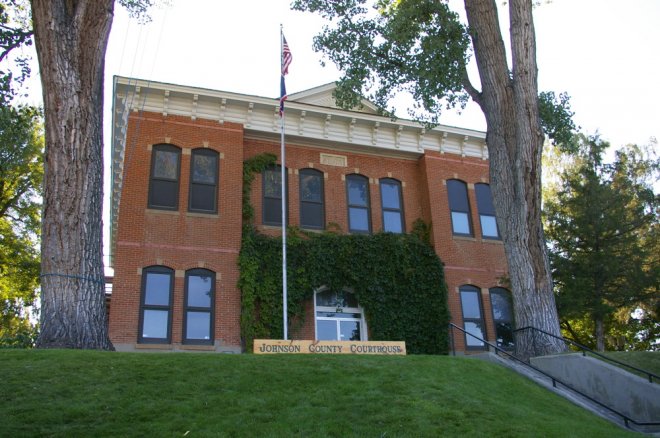 Johnson County is named for E P Johnson, who was an attorney in Cheyenne.

Description:  The building faces east and is a three story red colored brick structure. The building is located on landscaped grounds atop a low hill in the center of Buffalo. The east front has a recessed center section with an arched entrance on the first story. A wide white colored horizontal belt runs below the roof line, and there is a peaked roof at the east front. The roof is hipped. In the interior, the wooden paneling in the main hallway is distinctive. There are long twin stairways with curving wood stairs with their ornamental stringers, one on each side at the west end of the main hall. The former courtroom on the second story is now the Commissioner’s Room. An addition was added on the west side. 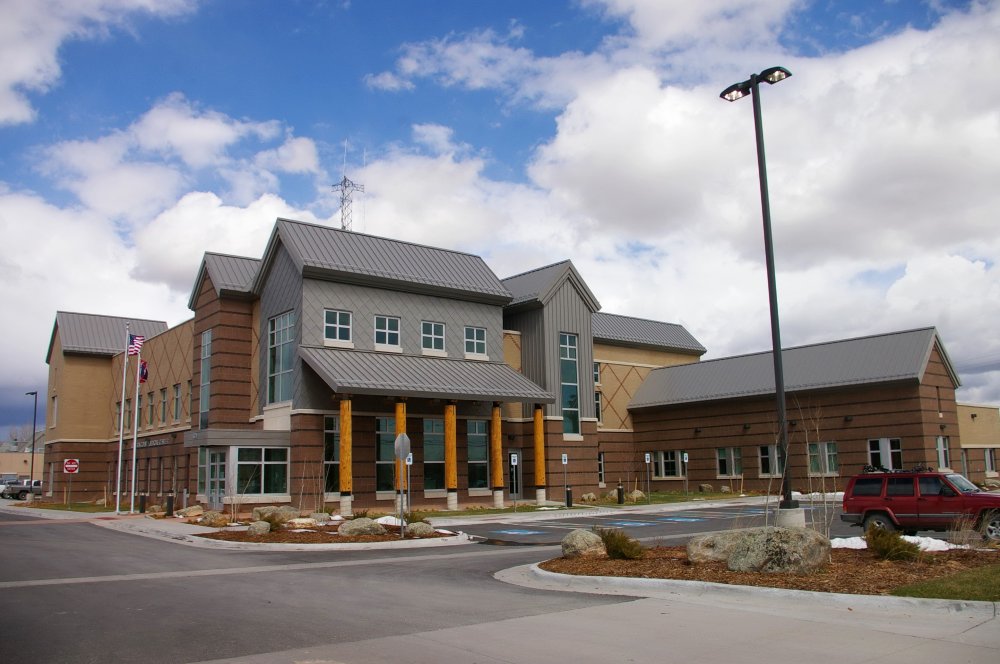 Description:  The building faces west and is a two story buff and red colored brick, concrete and glass structure. The building is located on landscaped grounds in the center of Buffalo to the west of the courthouse. The building has a series of peaked roofs. On the south side is a large porch supported by five large wood columns. The one story west entrance projects from the main building. Along the north side of the building are columns of small stones. The building houses the County District Court and  County Circuit Court of the 4th Judicial District. 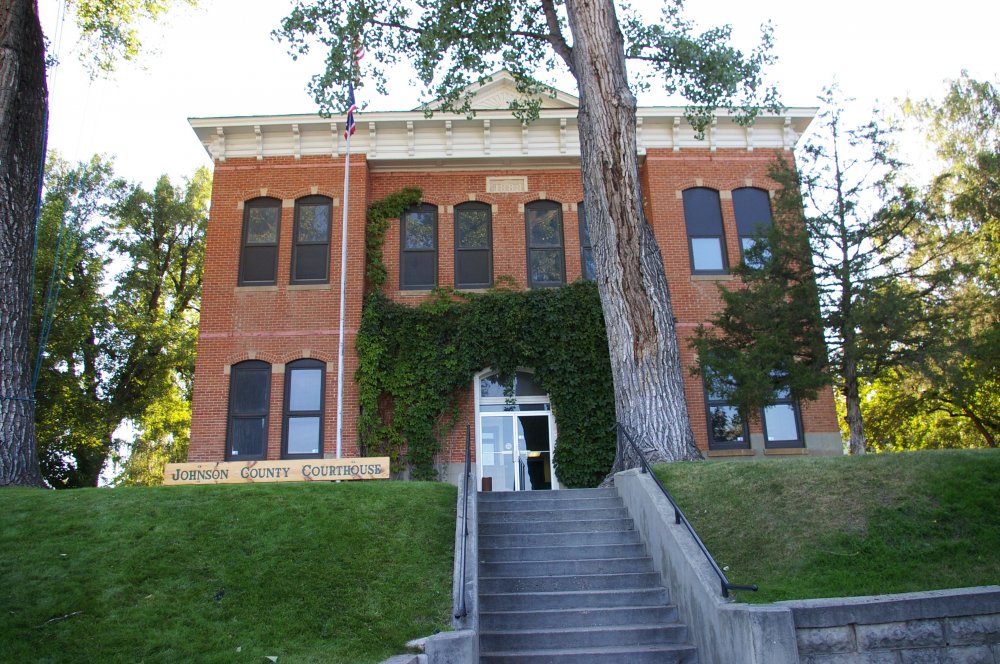 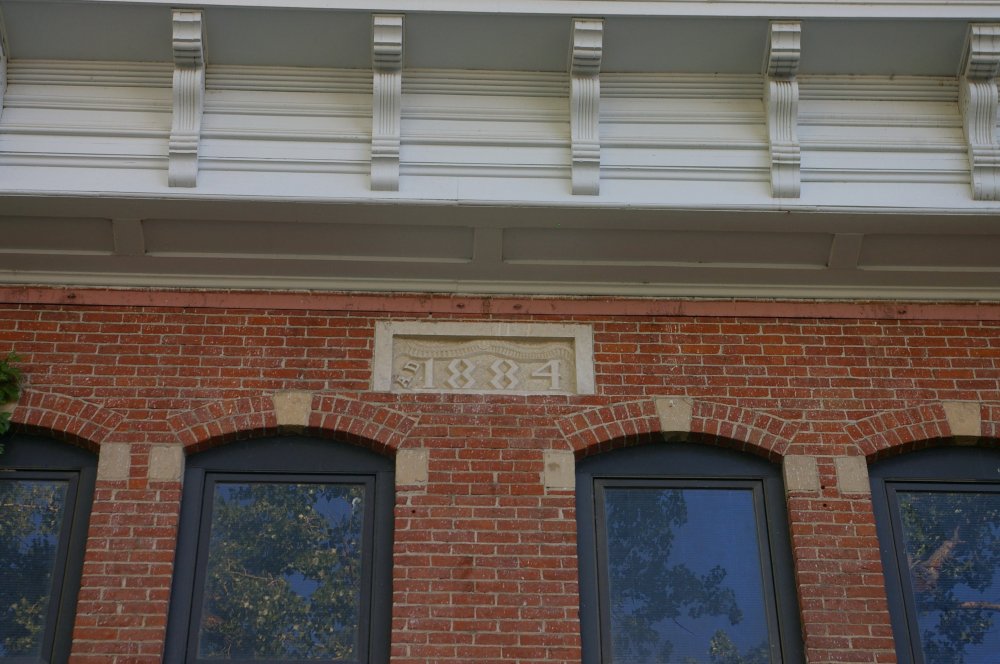 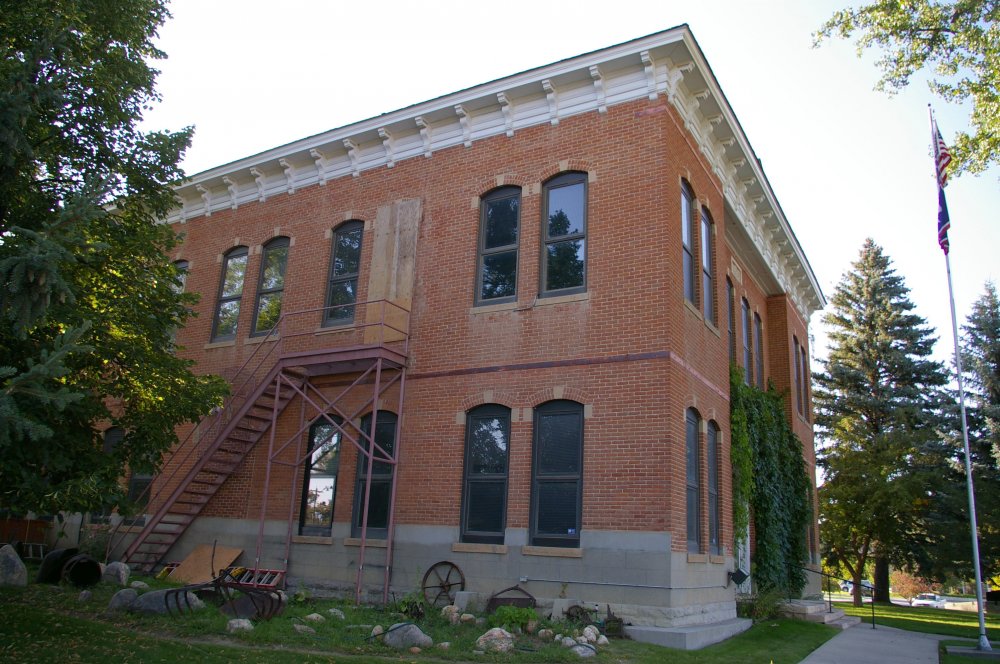 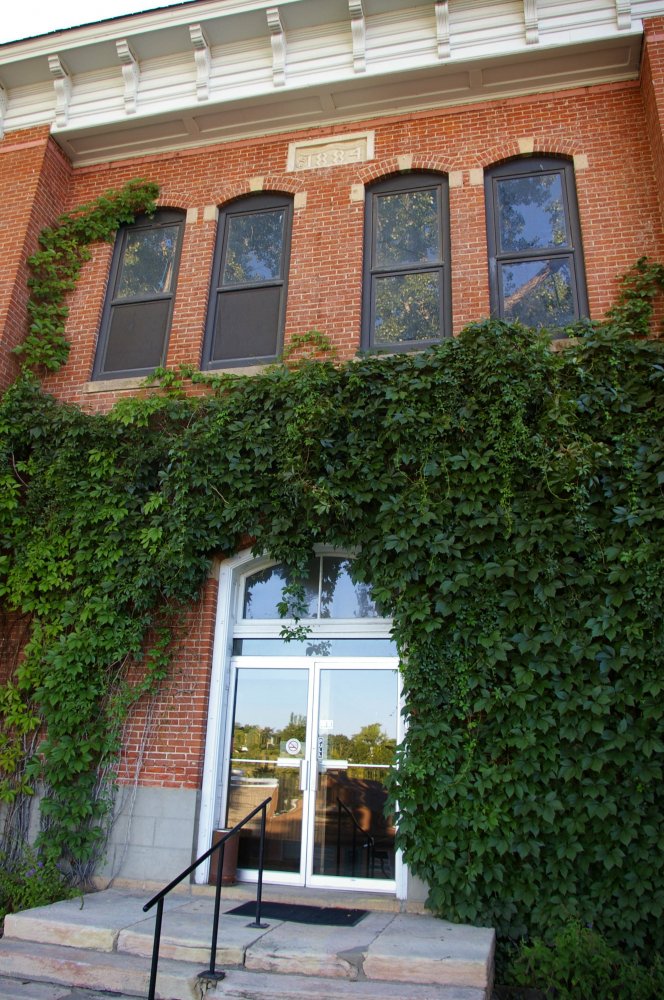 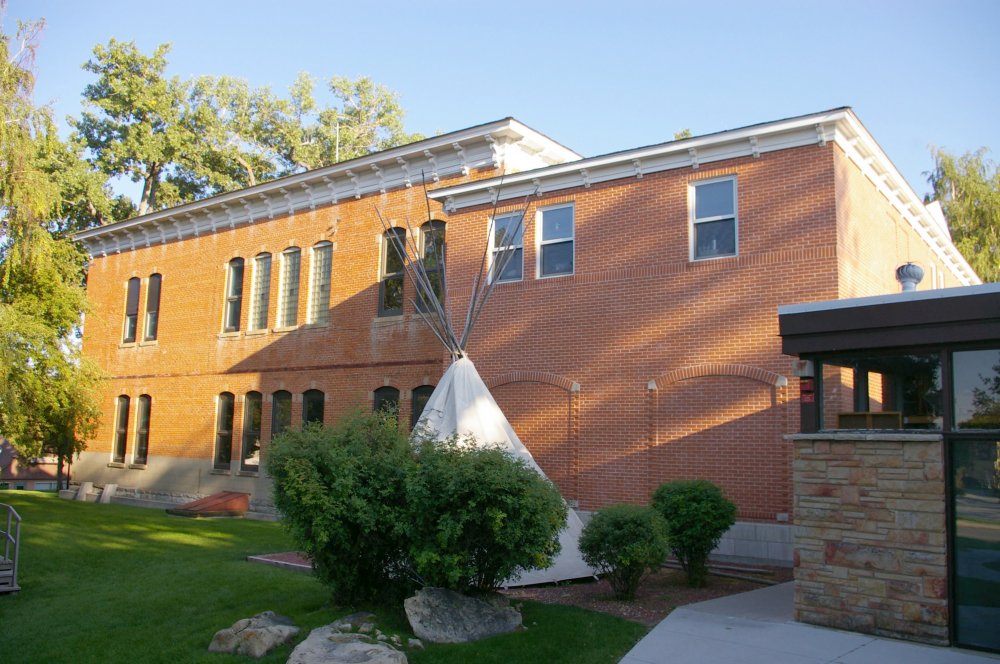 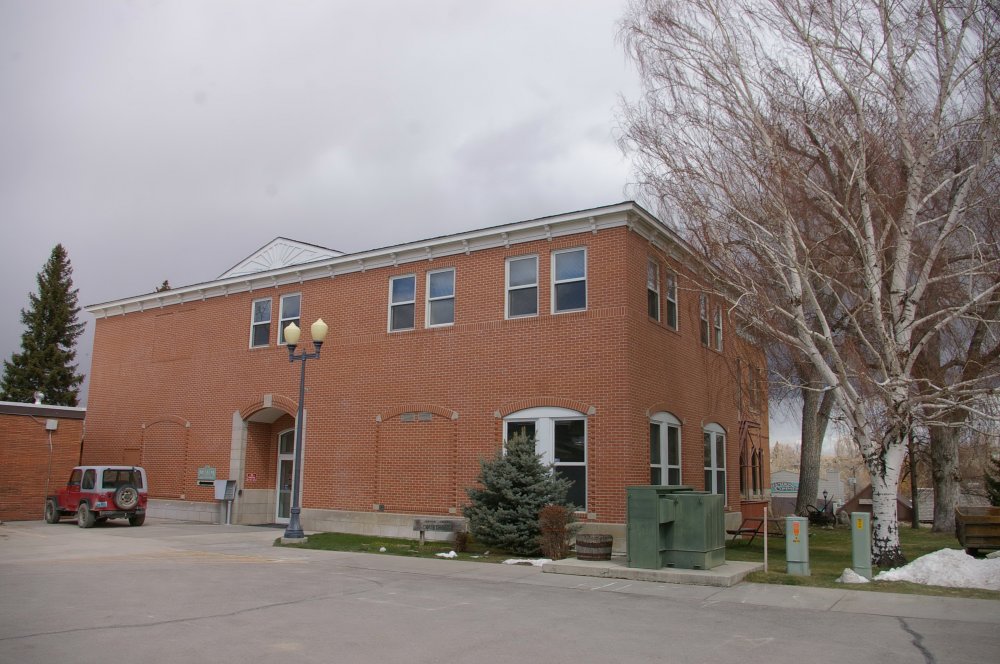 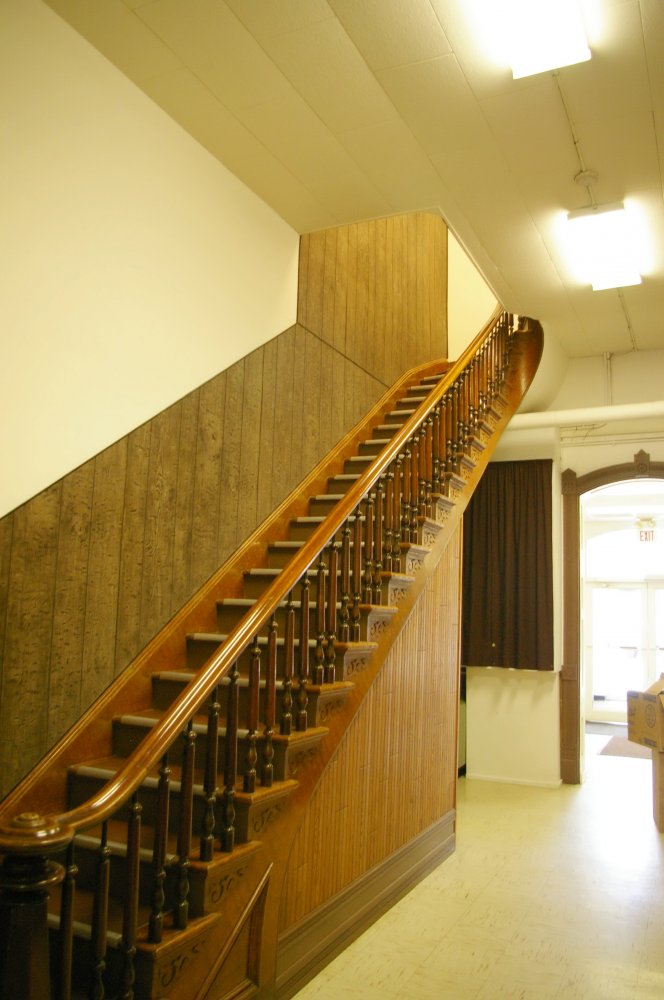 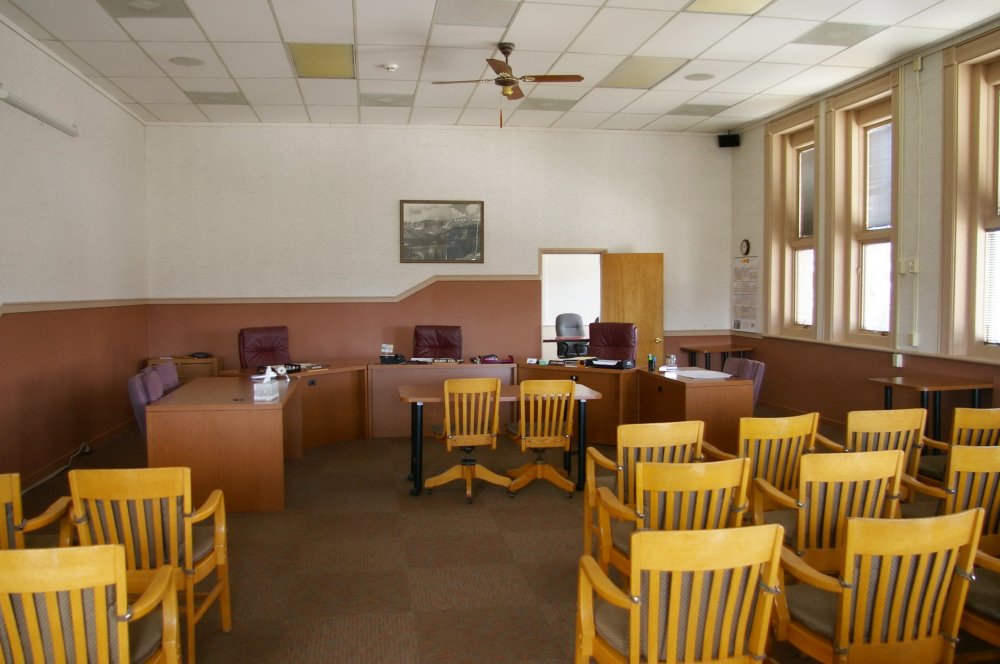