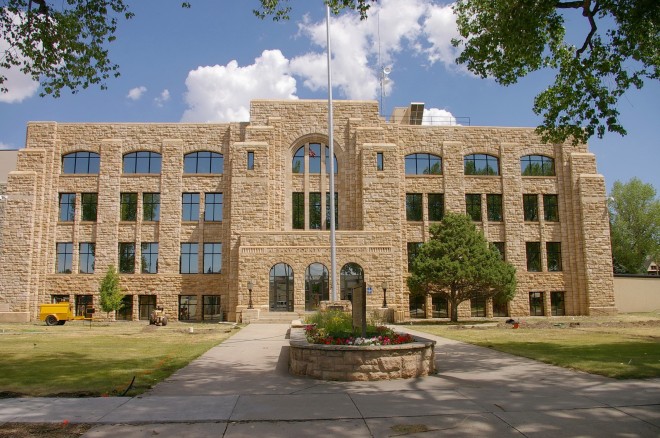 Albany County is named for the City of Albany in New York State which was named for the Duke of York and Albany who later became King James II of England. 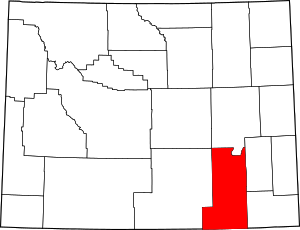 Description: The building faces south and is a three story buff colored flagstone and concrete structure. The building is located on landscaped grounds in the center of Laramie. The local stone used is predominately pink color with yellow color inclusions. All windows have casement-type metal frames. At the south front, there is a three arch entrance extending from the building. Above the entrance is a large arched window rising from the second story to the third story. The corners protrude in descending tiers. The third story level window range has low arched lintels on the north and the eastern most apertures on second and third ranges have been filled to provide full walls for the courtroom which is located on the third story. The interior lobby entrance has block marble trim around doorways and waist-high grey marble on the walls. The district courtroom has an Art Deco design. The building houses the County District Court and County Circuit Court of the 2nd Judicial District.

Note:  The courthouse was originally designed by local architect Wilbur Hitchcock, who died before he completed the plans, and the project then was taken over and finished by William Dubois. The exterior design seems to be Hitchcock’s while the interior is Dubois.

History:  The county was created in 1868 and Laramie was selected as the county seat in 1869. The first courthouse was a two story red colored brick structure. designed by Dupene and Gumry and constructed by Edward Ivinson and Peter Gumry in 1871 to 1873. The second and present courthouse was constructed in 1931 to 1932. 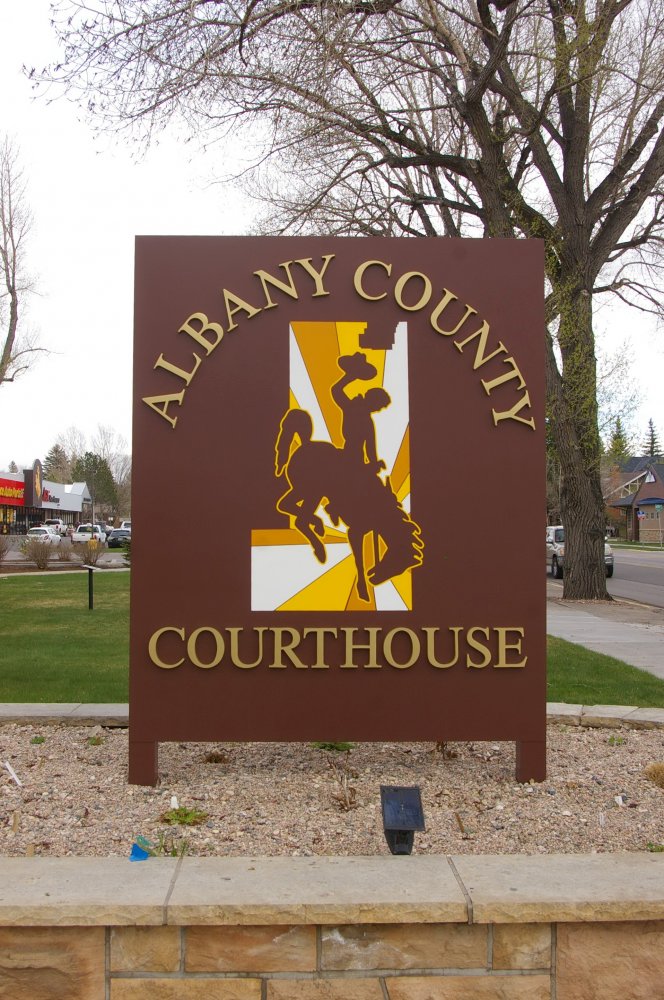 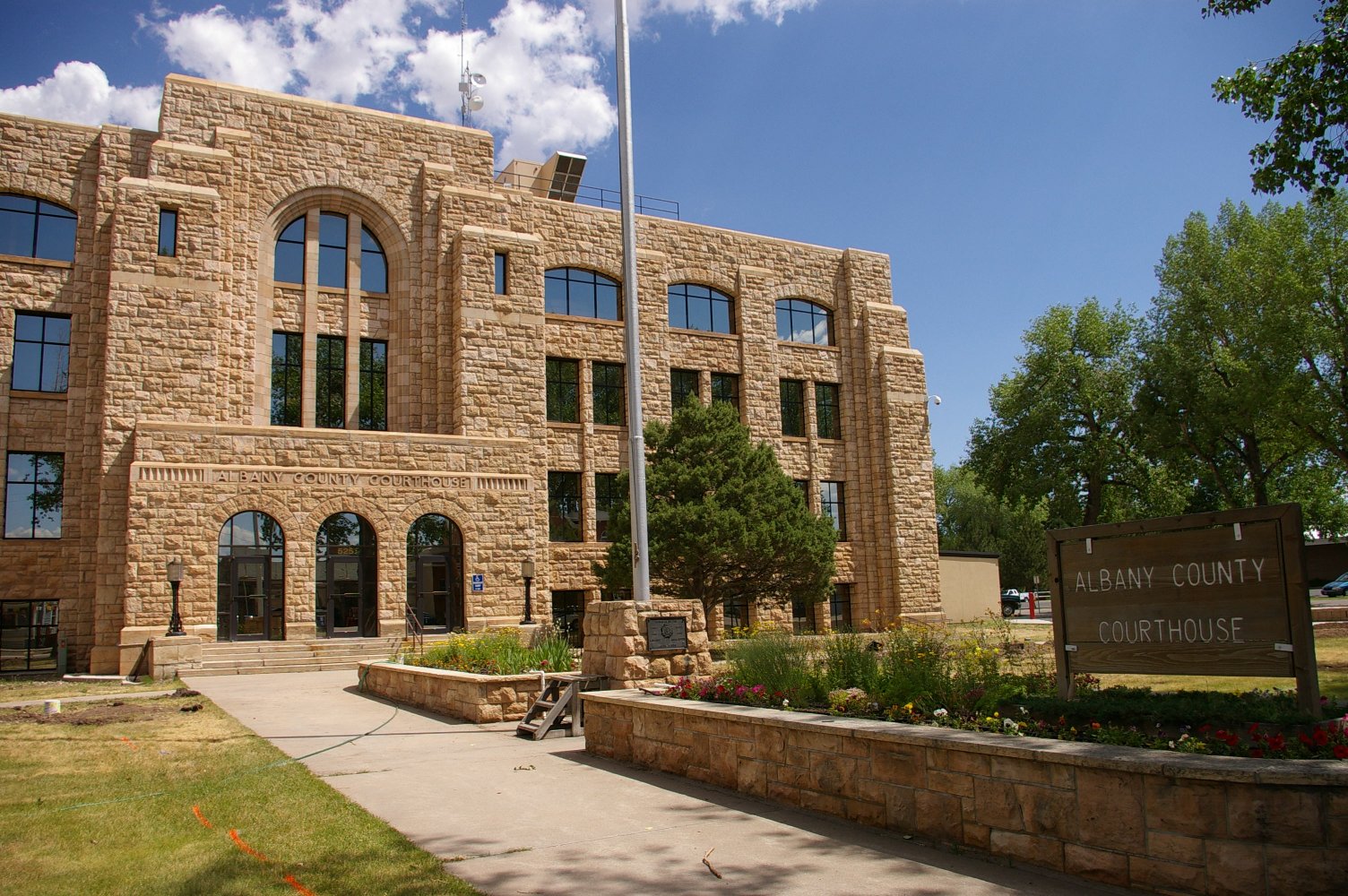 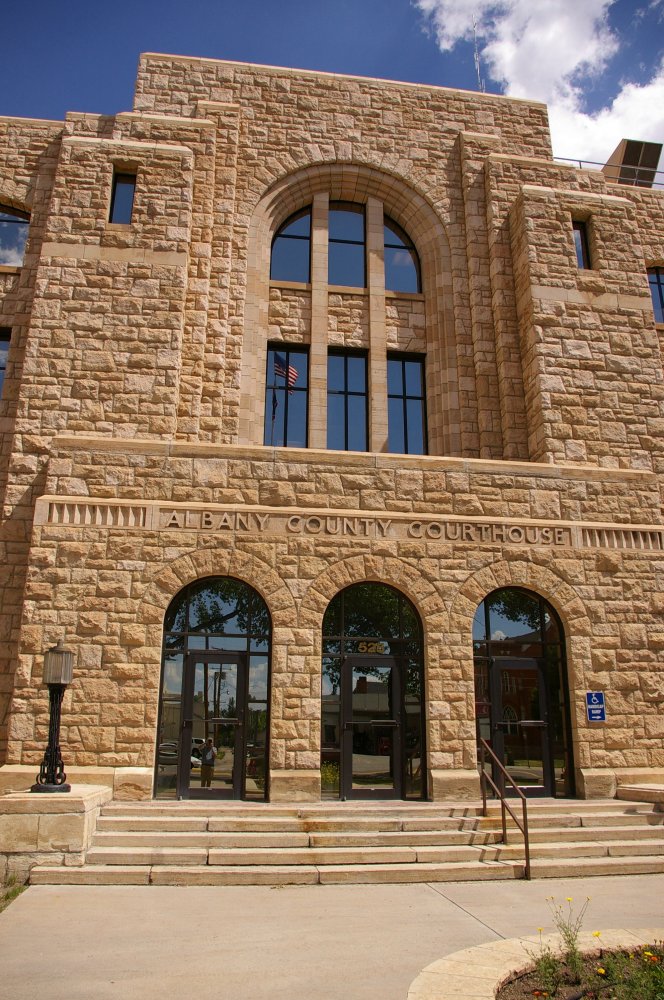 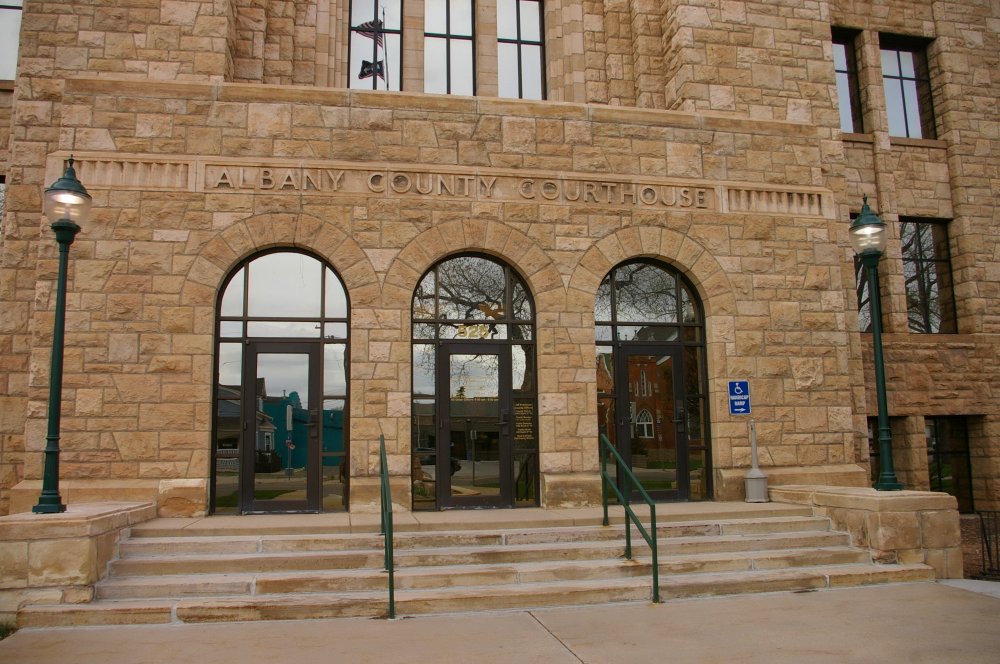 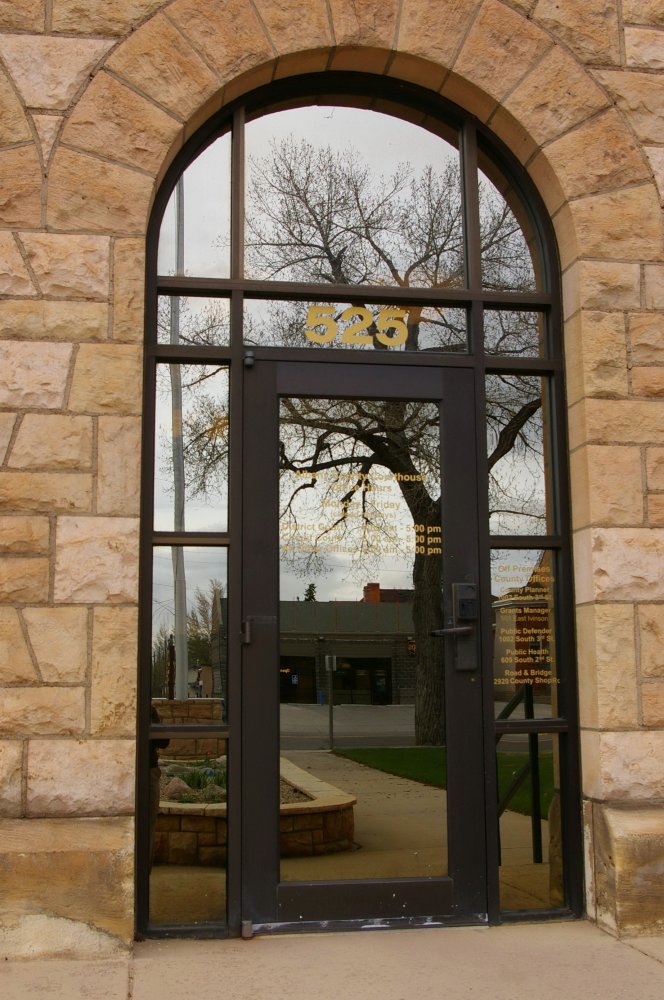 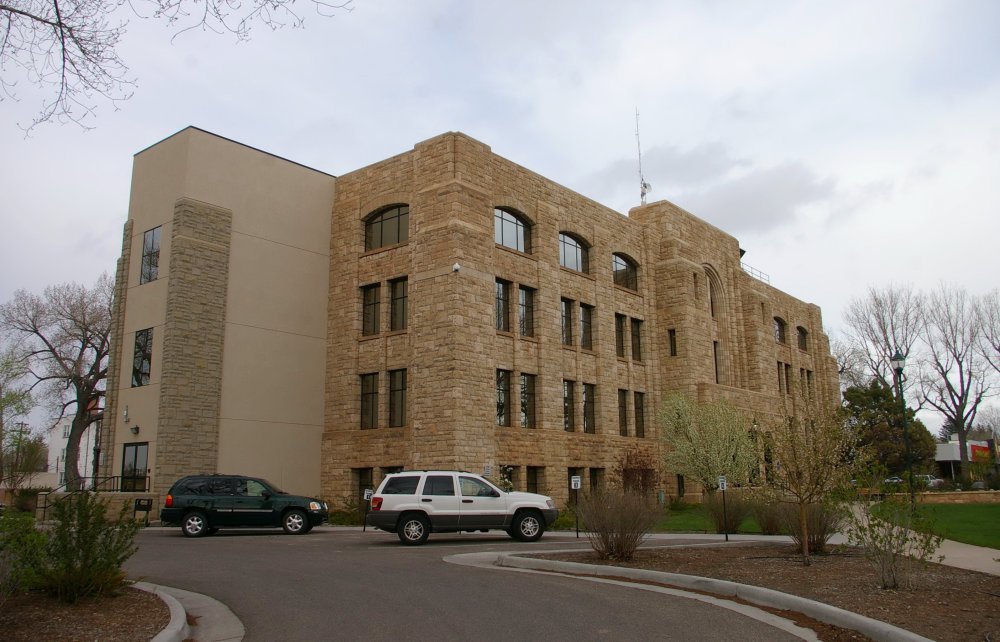 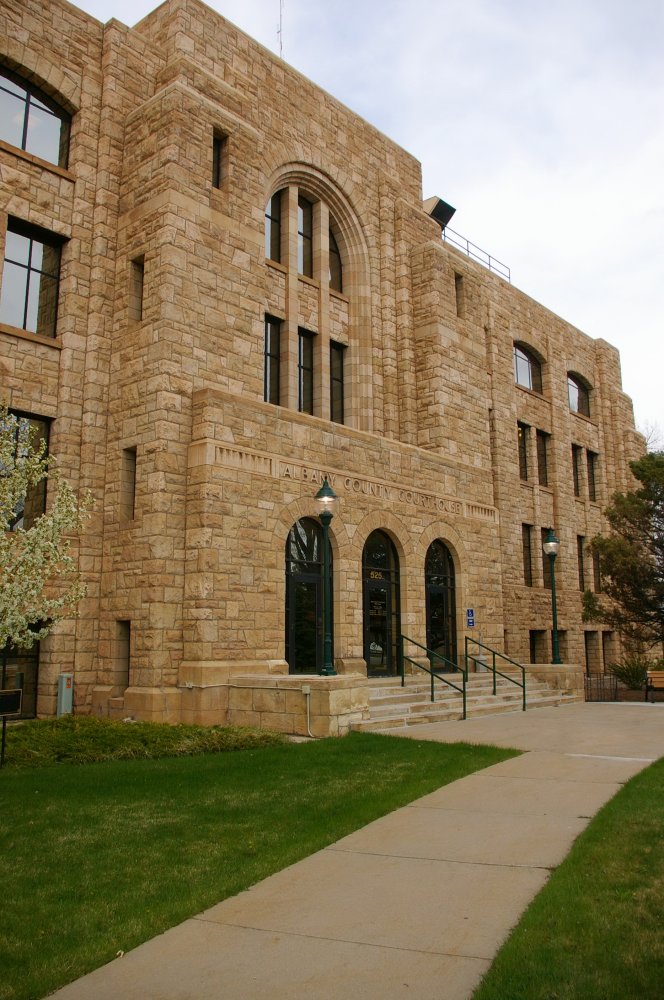