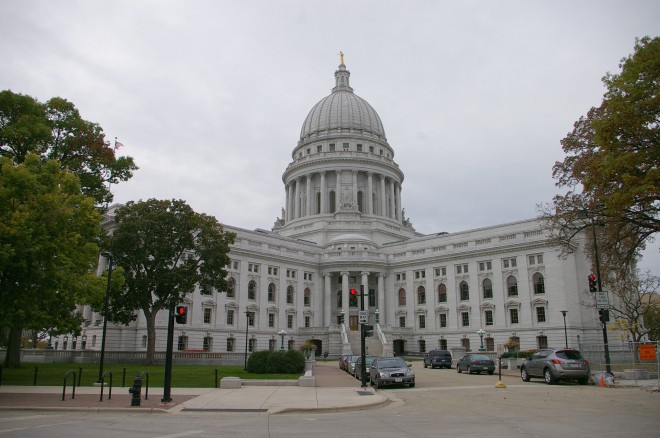 Contractor: Lew Porter was Superintendent of Construction for the Capitol Commission

Description:  The building faces southeast and is situate on an isthmus formed by Lake Mendota and Lake Monona.  The building is constructed of Bethel Vermont granite. The West wing was built from 1906 to 1909. The East Wing was built from 1908 to 1910. The South Wing was built from 1910 to 1913. The North Wing was built from 1914 to 1917. The building is designed in a cruciform with four wings extending 157 feet ( 48 metres ) outward from the core of the building. Corinthian columns are used in the porticos which mark the East, South, West and North entrances. Contrasting colors of marble and granite were used in the interior. The height of the dome is 285.9 feet ( 87 metres ), and it is formed of granite blocks anchored to a huge steel framework. It is one of the few granite domes in the United States. An imposing gold-leaf bronze statue commonly known as “Wisconsin” or “Forward” stands on top of the great white dome. It measures 15.4 feet ( 5 metres ) in height. “Forward” stretches the right arm forward and upward and balances in the left palm a globe surmounted by an eagle. The statue was created by Daniel Chester French. The combined length of the North-South and East-West wings is over 438 feet ( 134 metres ), and the ground area of the building is 2.43 acres. There is a large rotunda with the four wings opening off through immense arches. Grand stairways in each wing lead up from the ground floor to the first and second floors. the Supreme Court is in the east wing on the second floor; The Supreme Court Chamber is decorated with German and Italian marble with mahogany furniture and four murals by Albert Herter.

See:  The  Dane County courthouse is located in Madison. 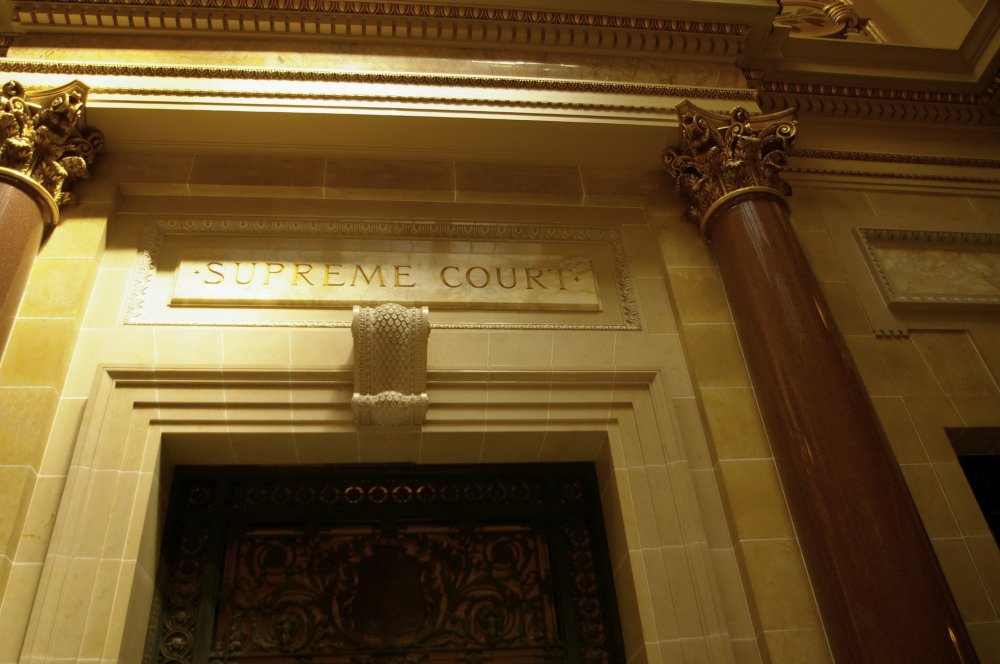 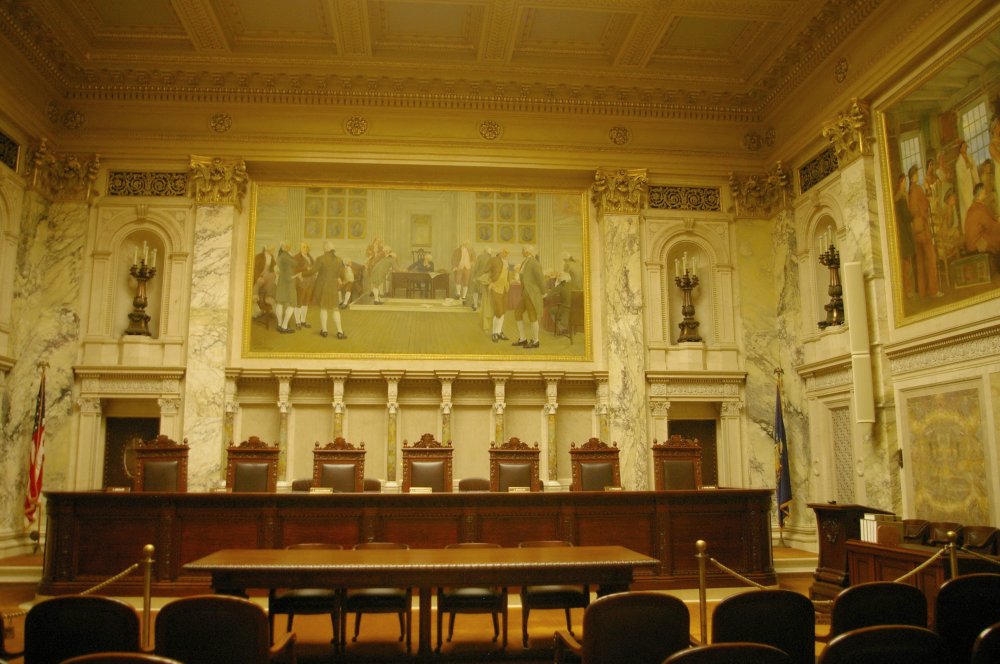 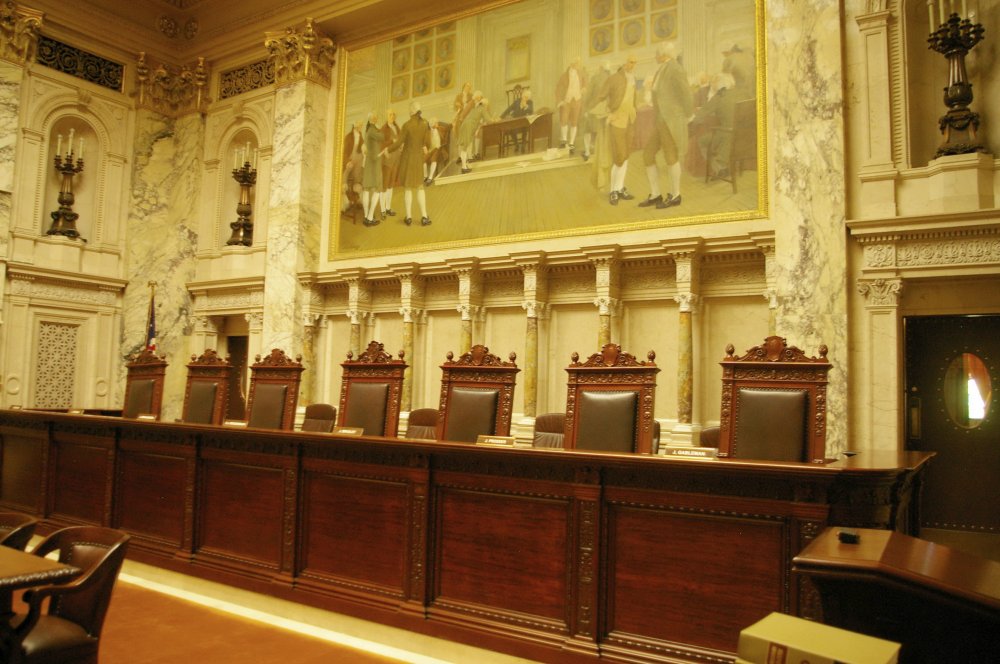 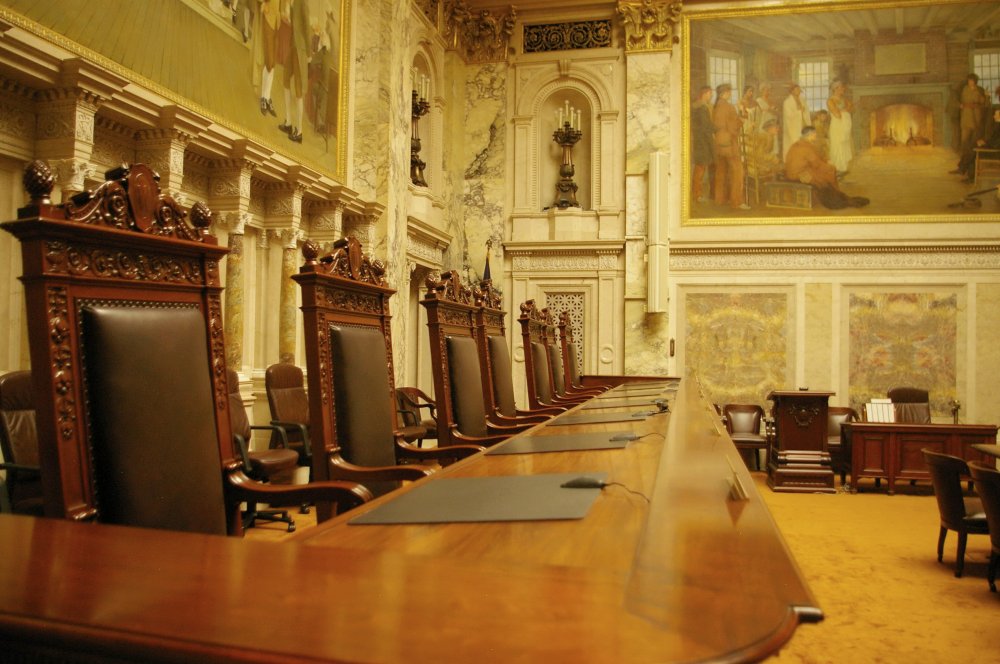 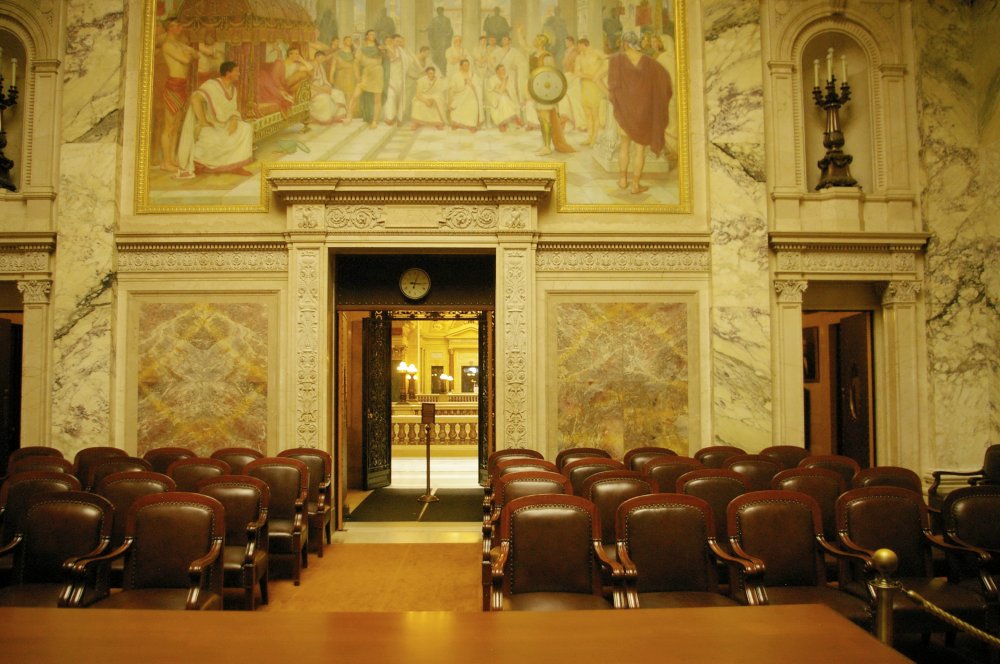 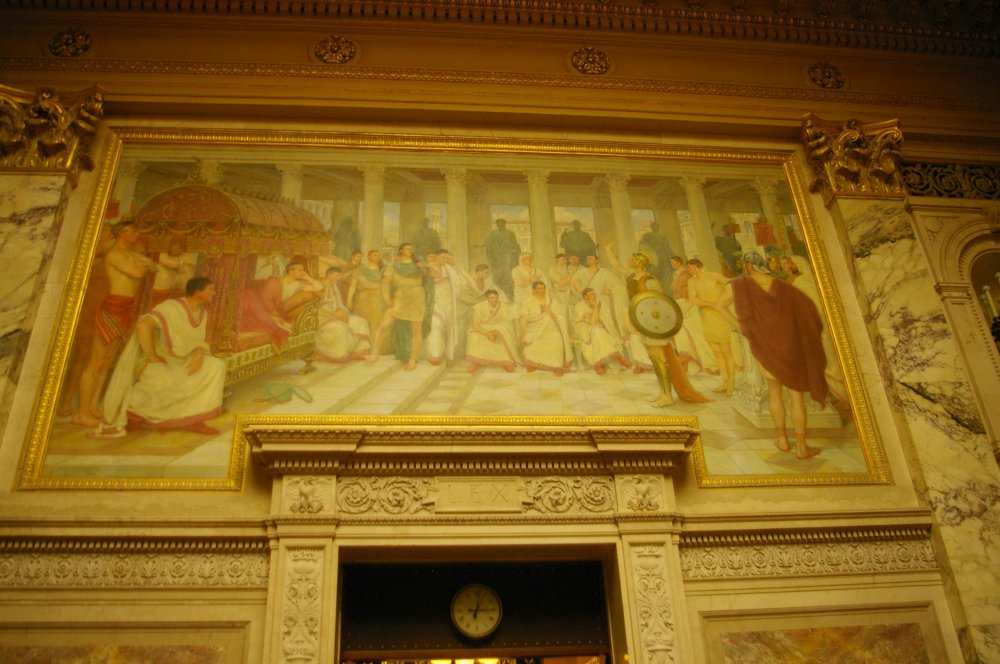 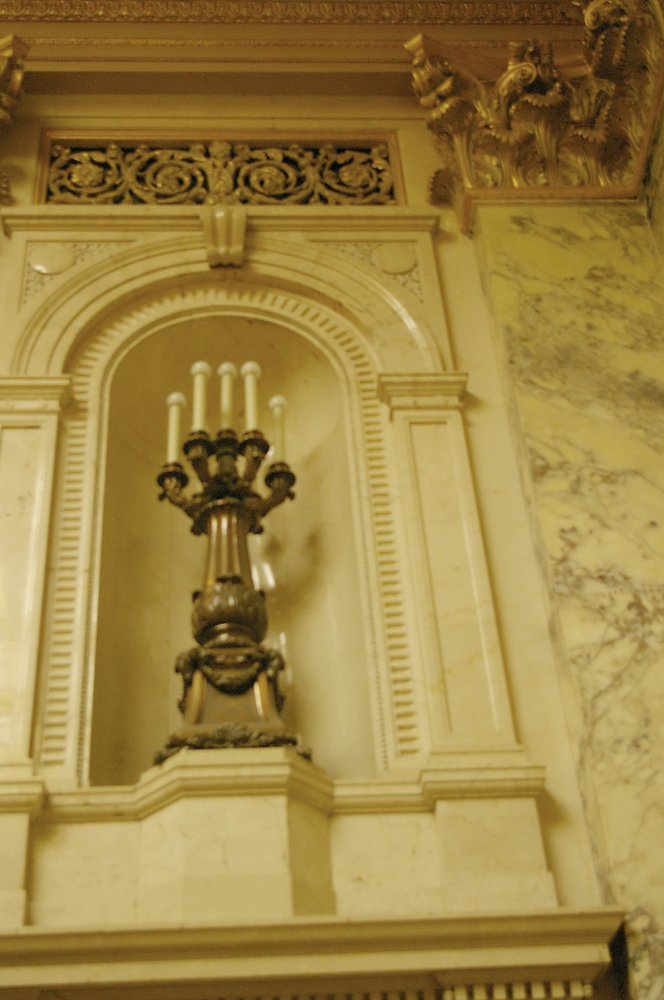 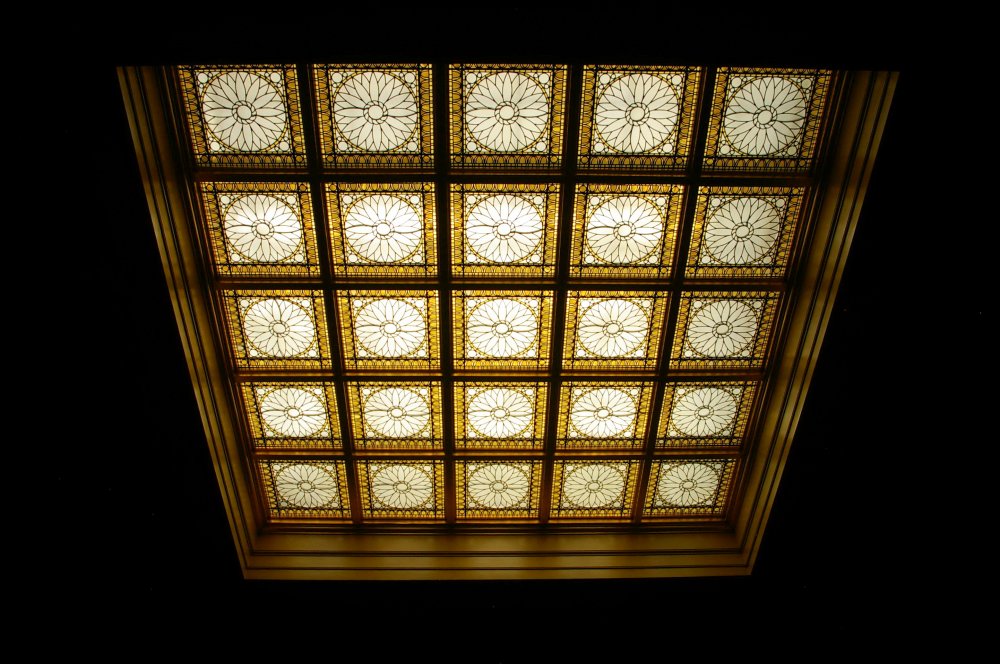 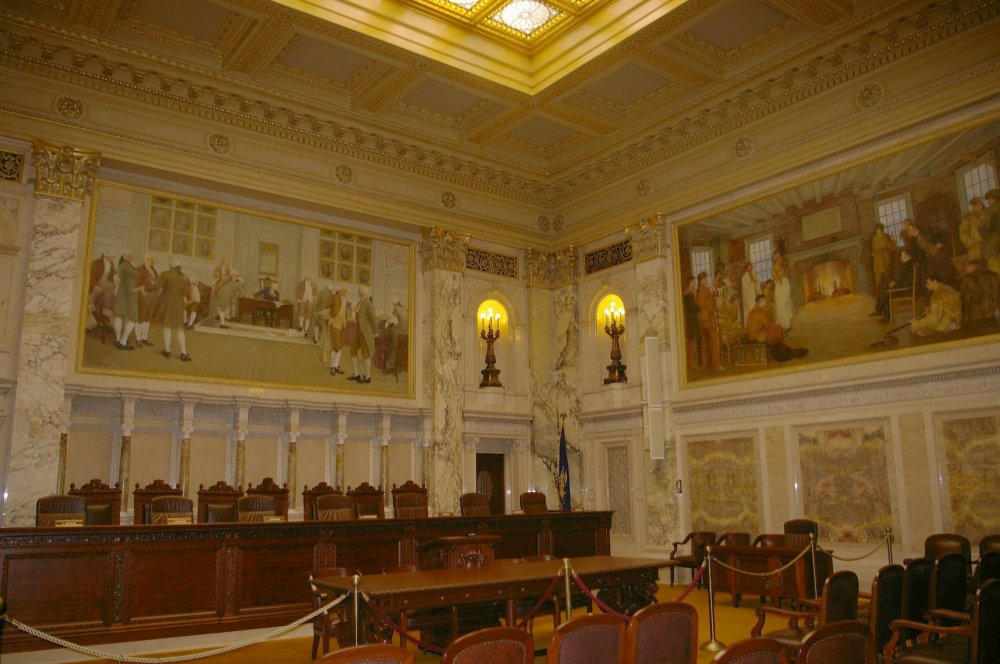 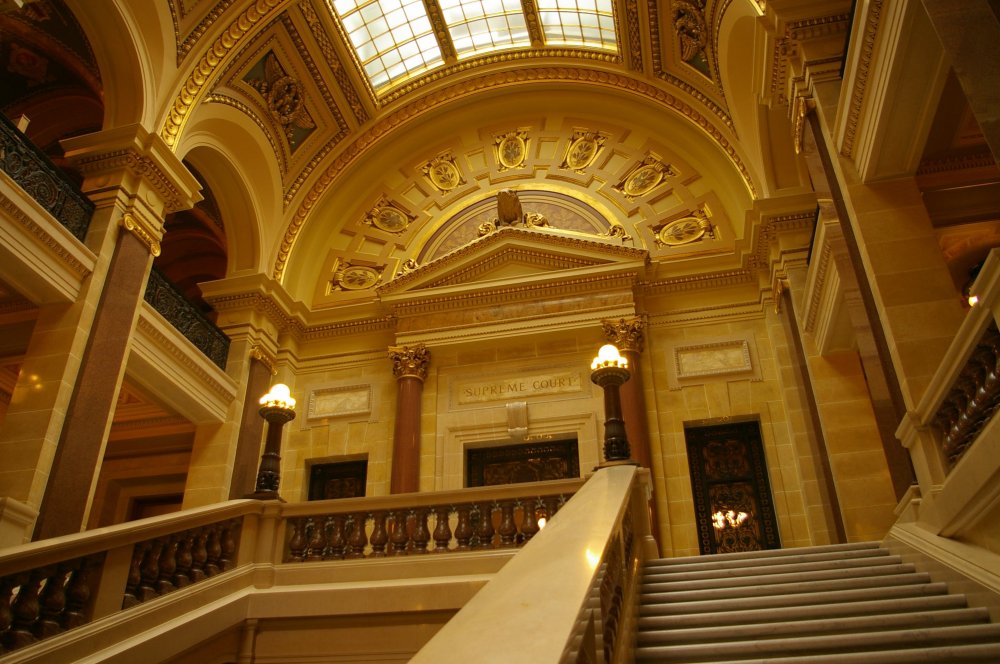