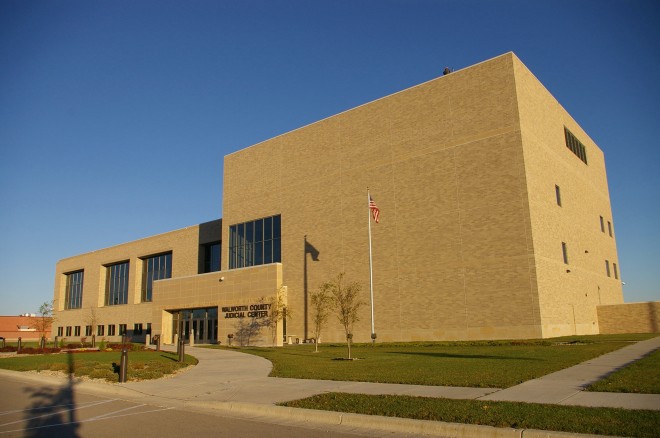 Walworth County is named for Reuben Hyde Walworth, who was a New York judge. 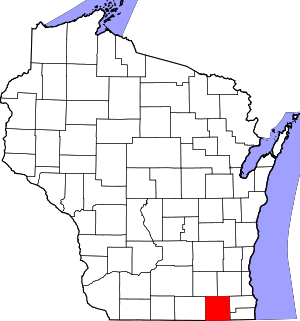 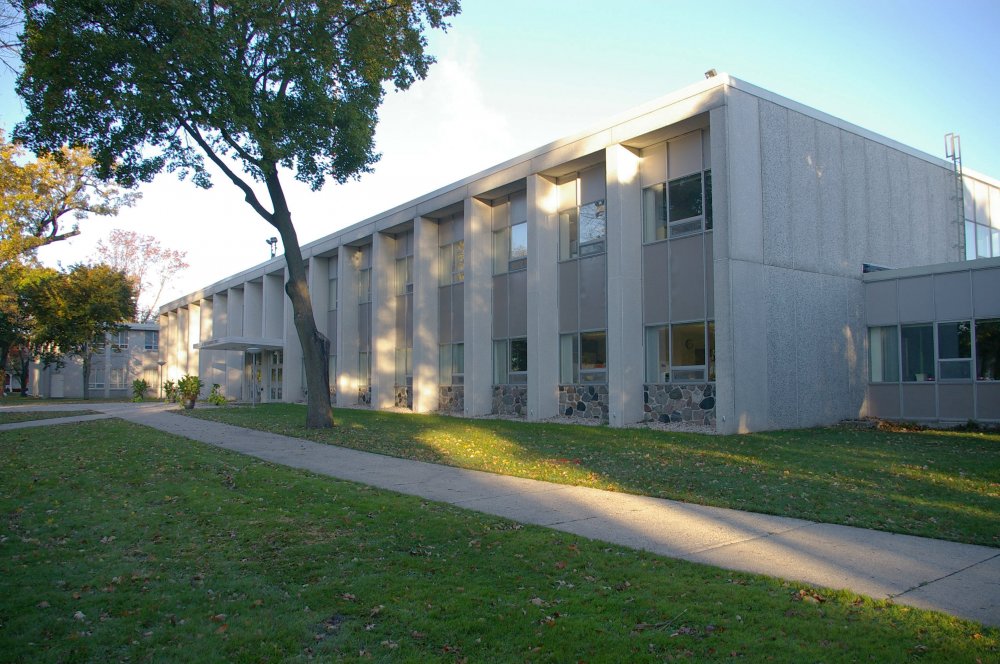 Description:  The building faces south and is a two story concrete and glass structure.  The building is located on lanscaped grounds in the center of Elkhorn. Vertical concrete dividers separate the recessed windows, with the first floor base being faced with stone. At the main south entrance a concrete slab forms a portico over the glass doorway. On the west side is a wing. 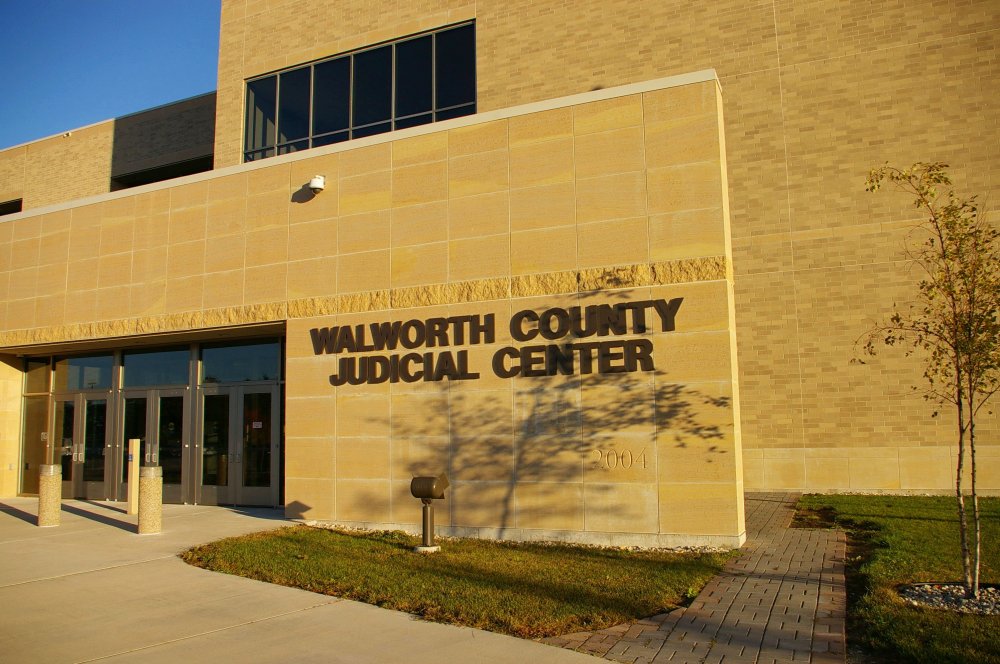 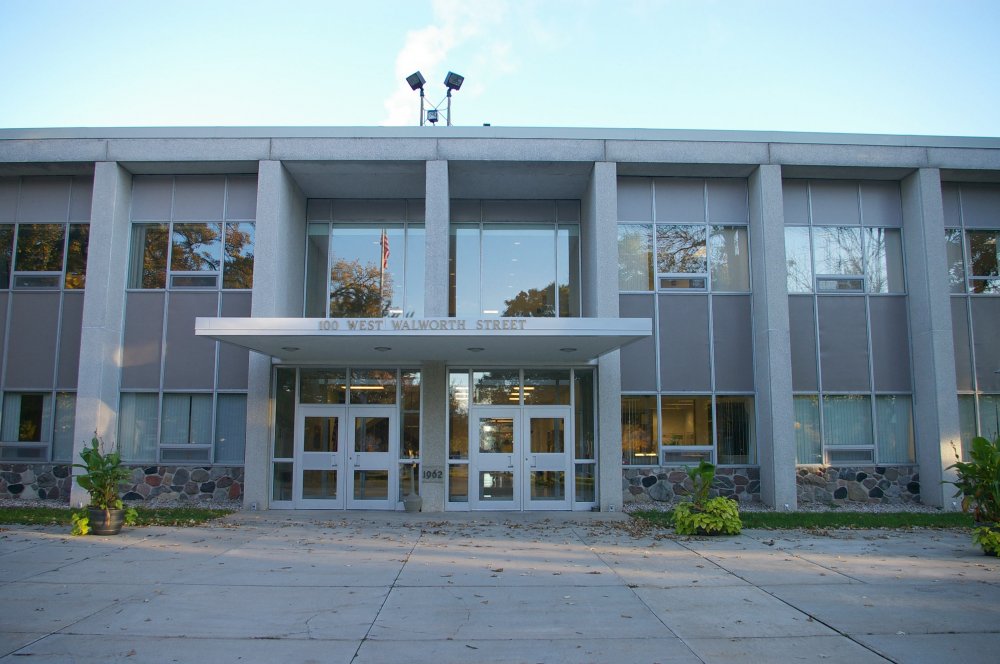