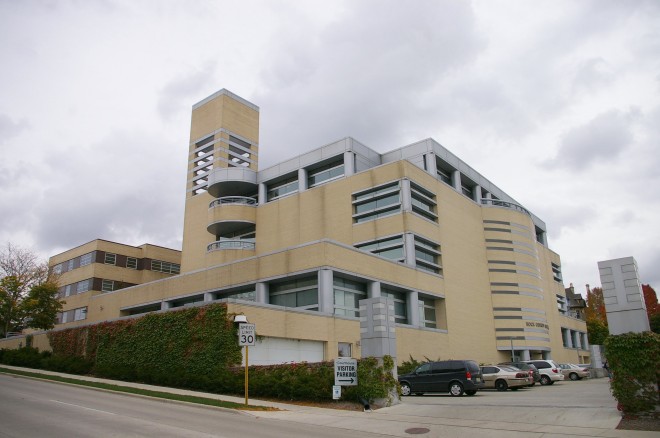 Rock County is named for the Rock River which flows through the county. 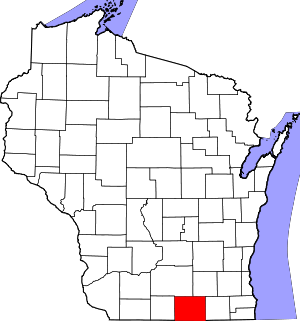 Description:  The building faces south and is a five story buff colored brick, glass and concrete structure. The building rises north up a landscaped slope in the center of Janesville. The south center section is rounded with supporting pillars on the first story at the entrance. The building has square lines with large corner windows. On the west side is a square tower. The building houses the County Circuit Court of the 5th Judicial Circuit.  An addition was built in 1997 on the site of the old 1870 County Courthouse. The architect was Kenton Peters of Madison and the contractor was Miron Construction of Neenah. 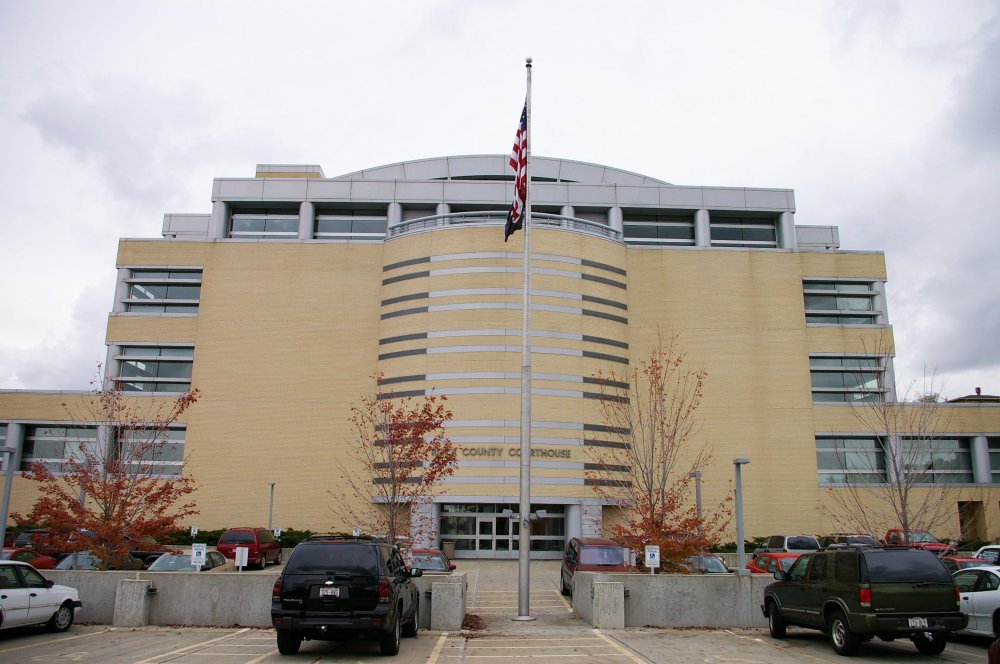 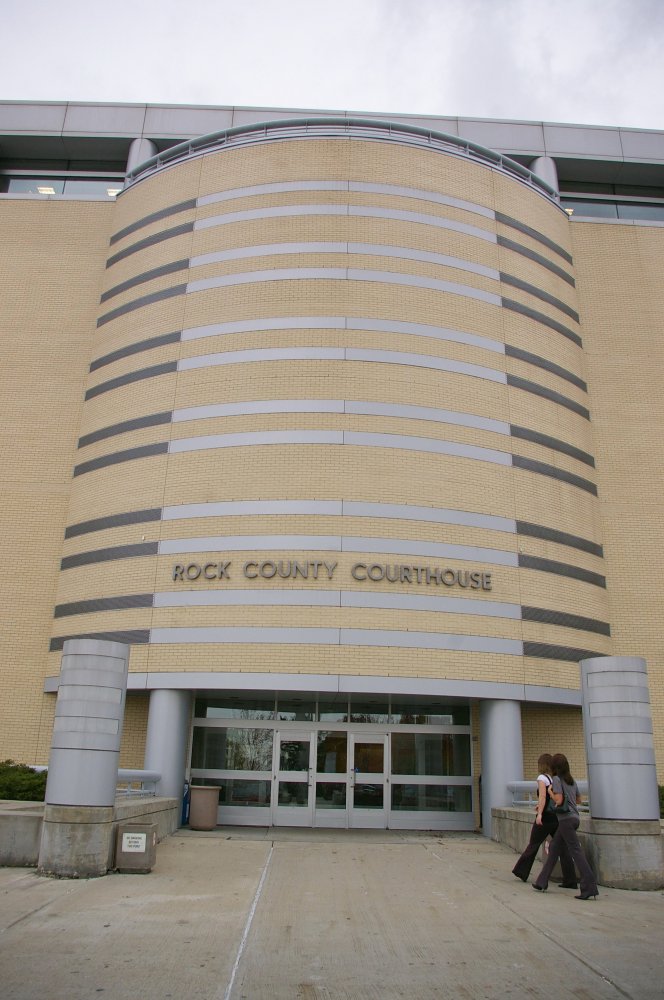 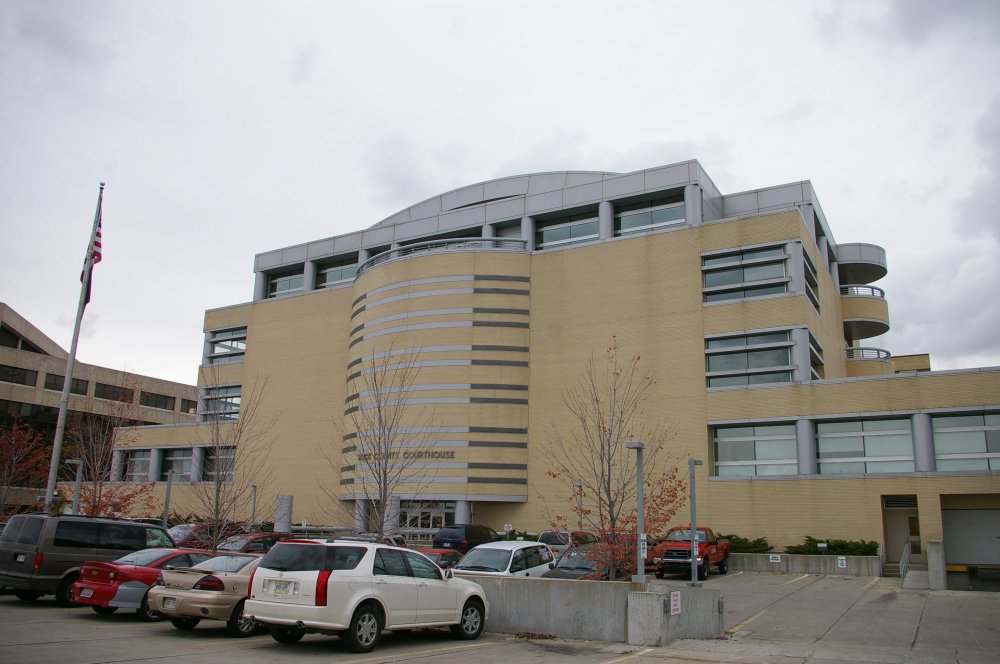 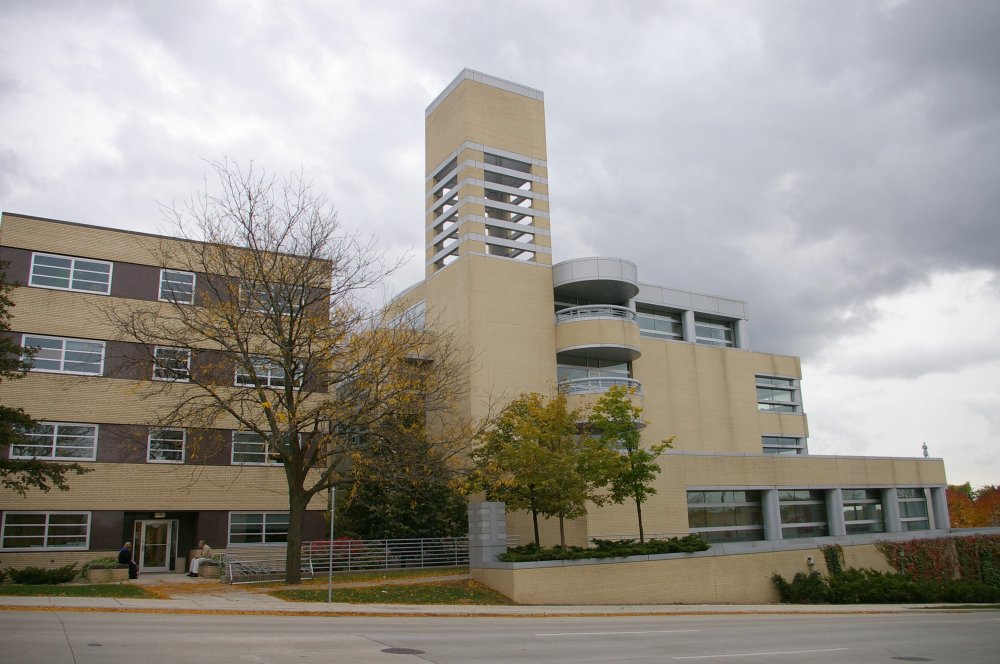 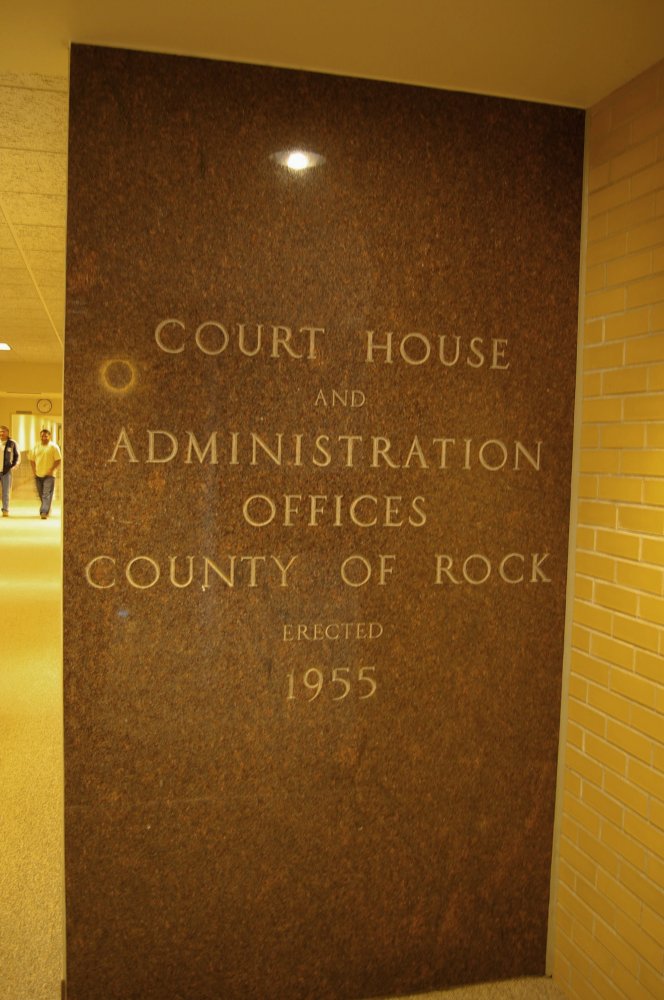