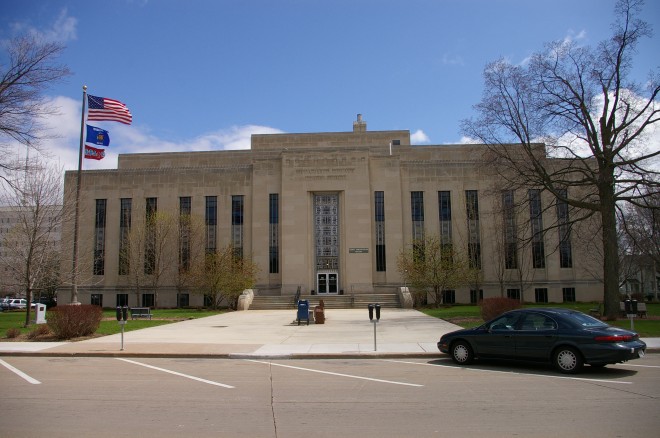 Outagamie County is named for the Outagamie Native American people.

Description:  The building faces west and is a four story buff colored limestone clad structure. The building is located on landscaped grounds in the center of Appleton. The buff limestone was quarried in Bloomington, Indiana. The  windows are vertical and narrow. The west center section projects from the main building and has four vertical dividers. The exterior stone is buff limestone from Bloomington, Indiana. The roof line is flat. The interior has golden-vein polished marble from Arkansas in the main lobby and the corriddors of the second and third stories. The designer of the building interior was Maurey Lee Allen. Aluminum also ornaments the domed lobby, but frescoes on the lobby walls lend the space a sense of warmth. Francis Scott Bradford, an Appleton native and nationally prominent muralist, depicted themes of settlement, labor, and family, each accompanied by Bible verses. In 2012, the building is being renovated, and the contractor is Hurckman Mechanical  Industries Inc. of Green Bay. 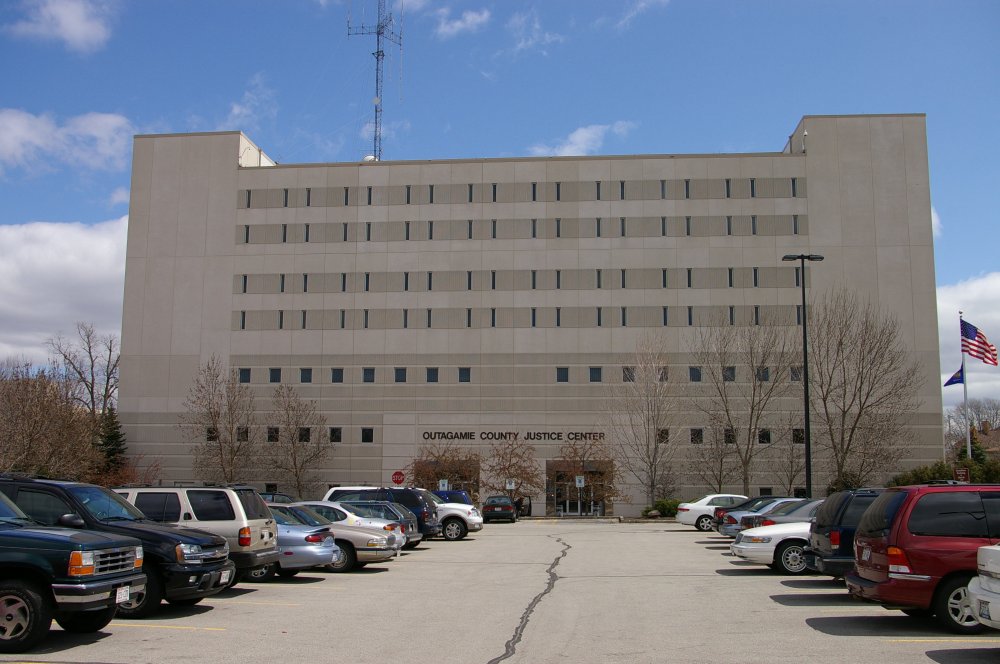 Description:  The building faces west and is a seven story concrete and glass structure. The building is located on the north side of the courthouse. The west entrance projects from the main building with two sets of doors. The north and south sections rise above the flat roof line. 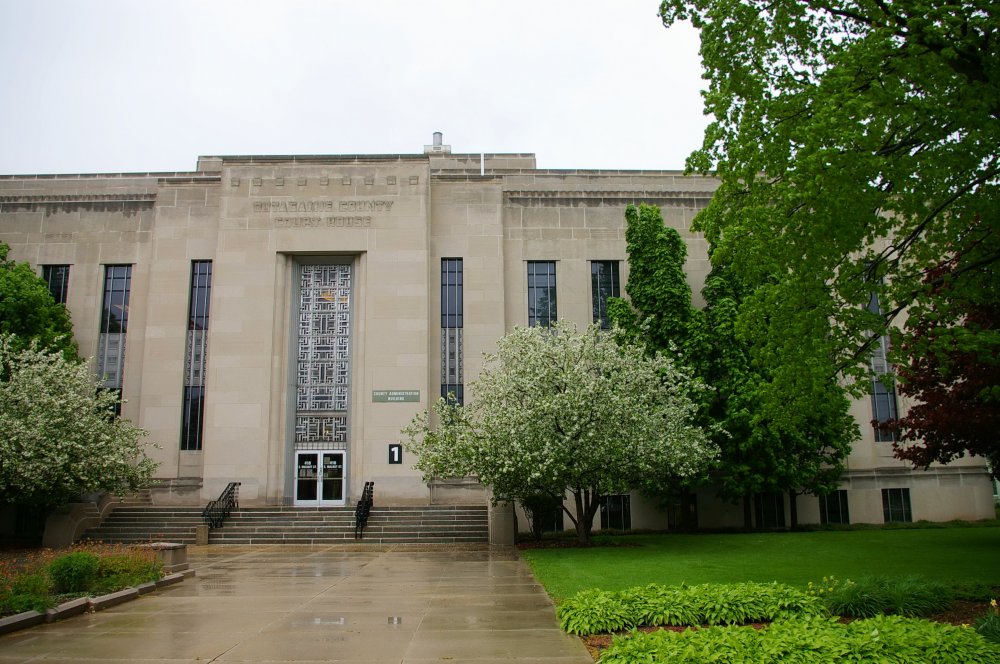 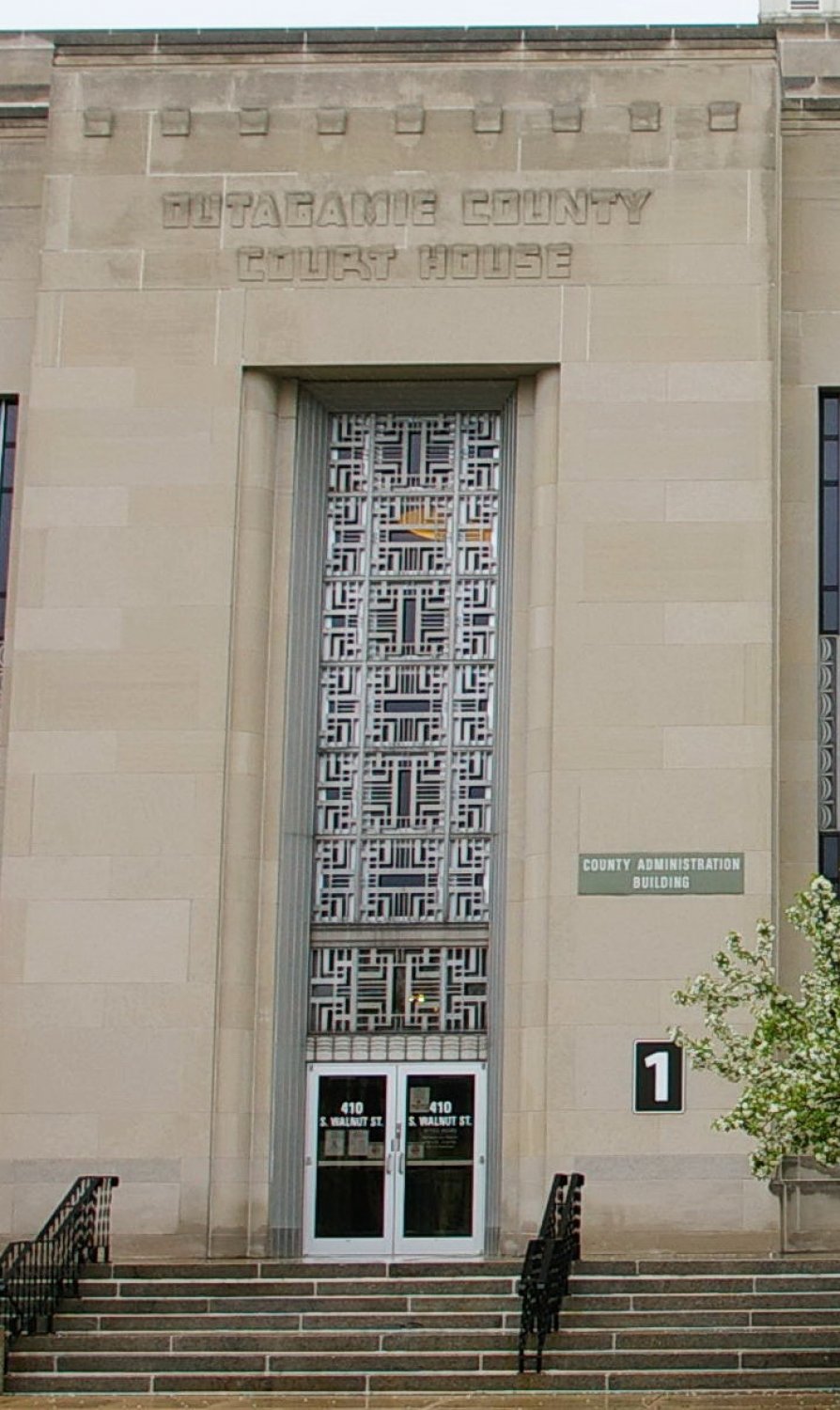 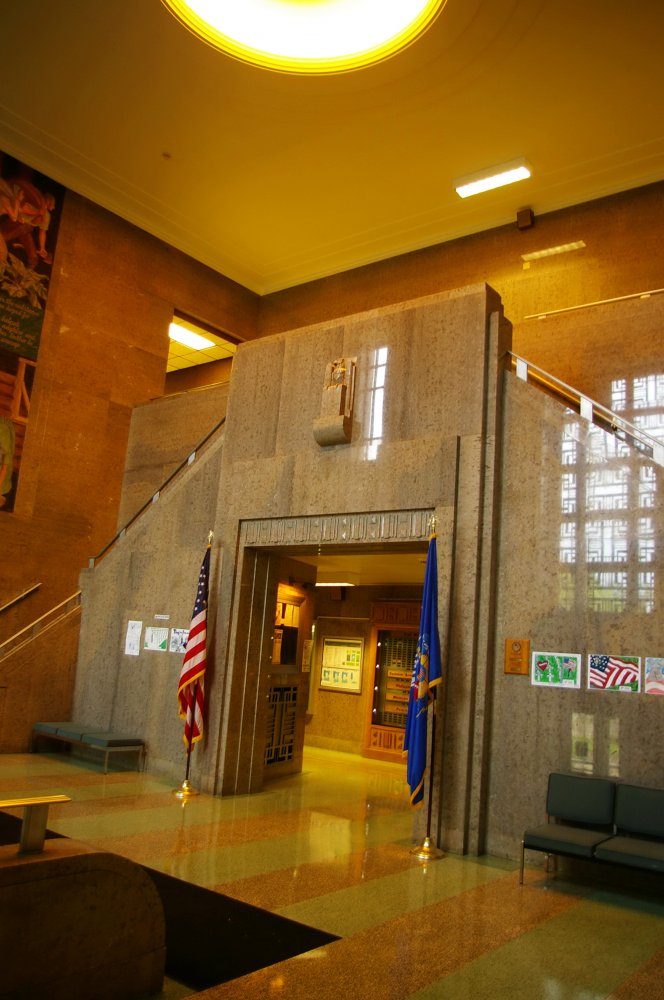 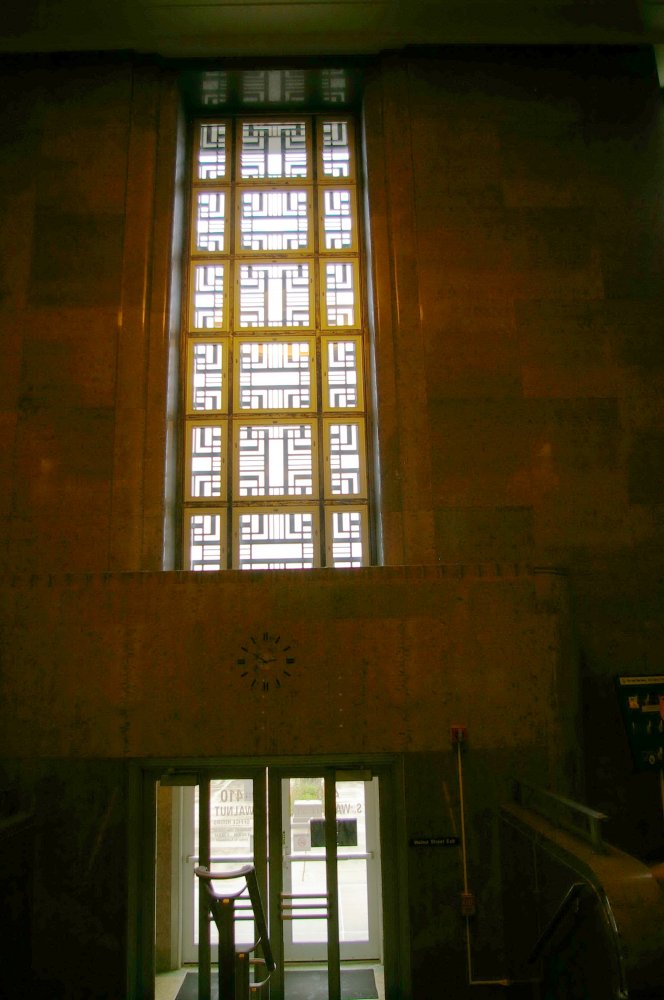 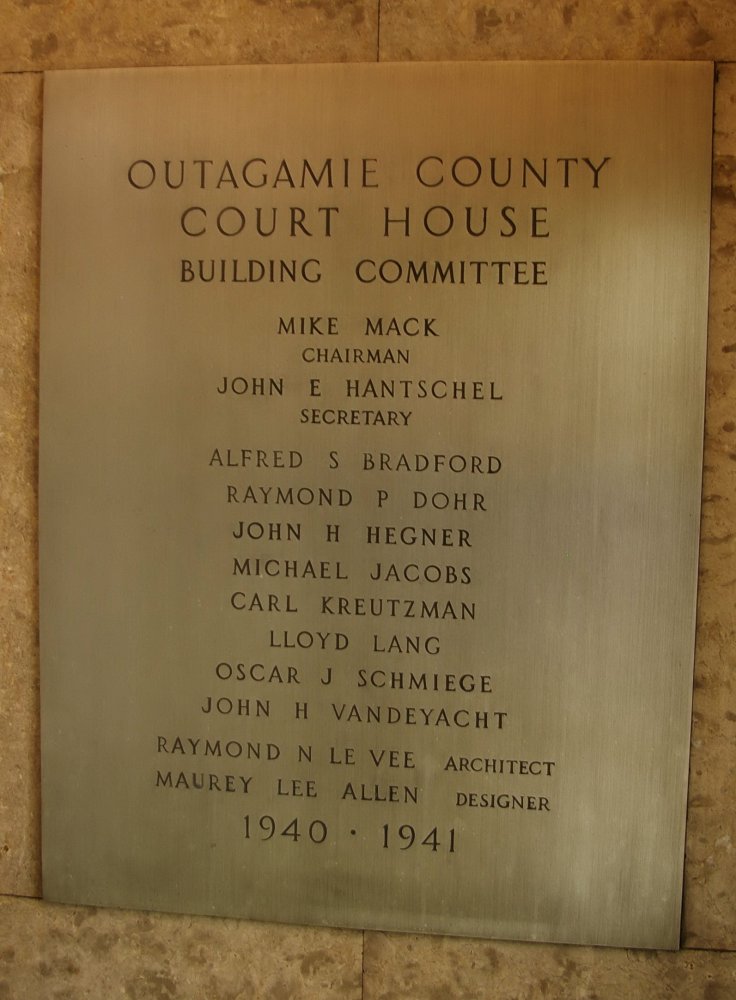 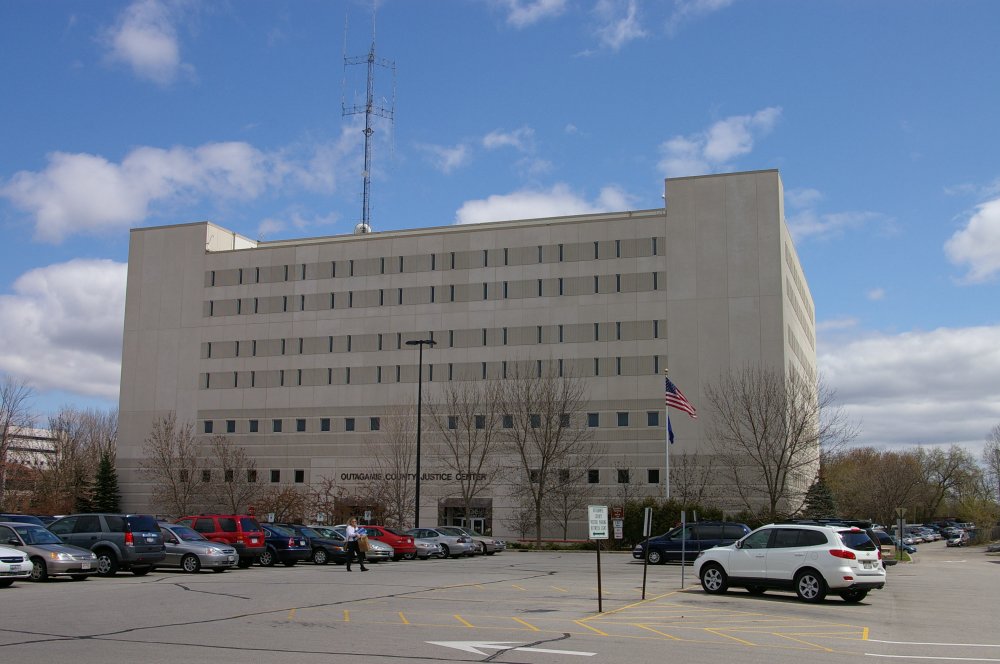 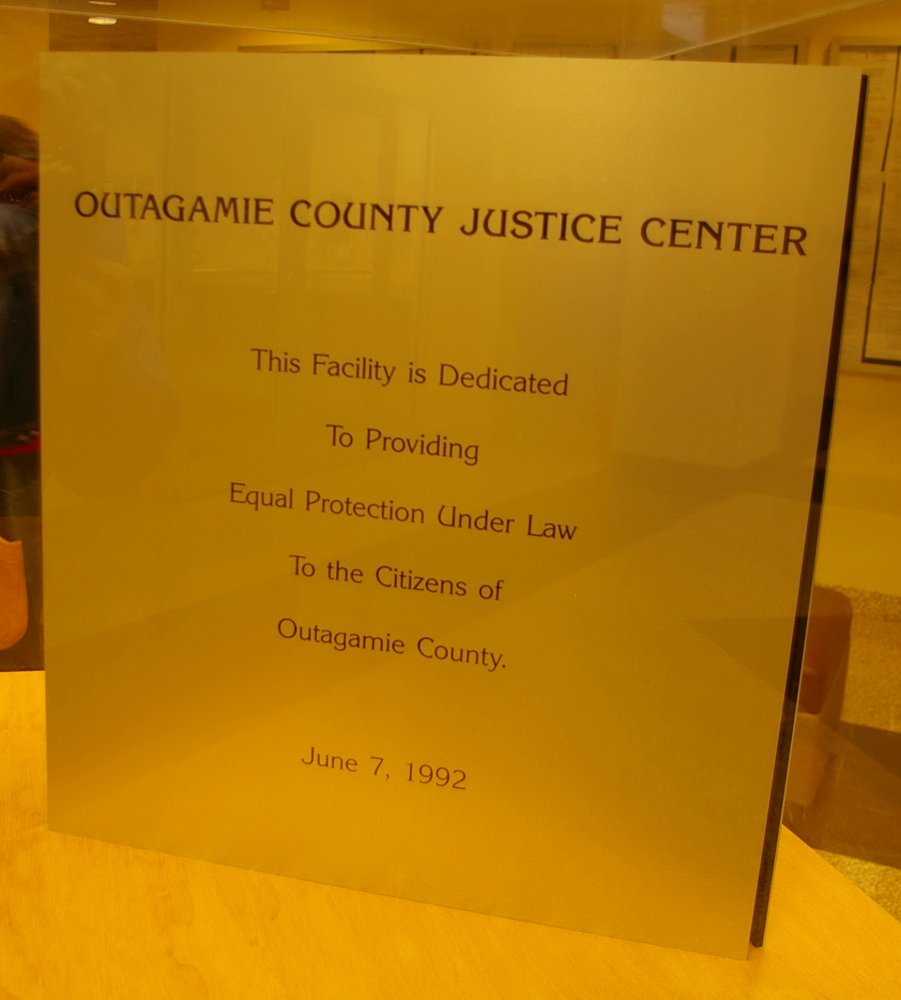