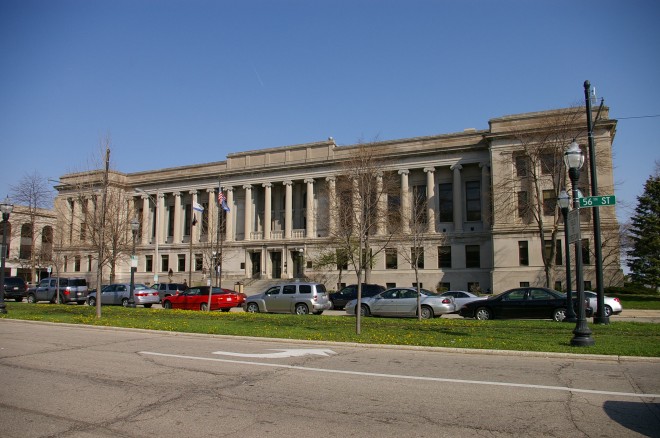 Kenosha County is named for the Ojibwe word “ginoozhe” meaning “a pike ( fish )”. 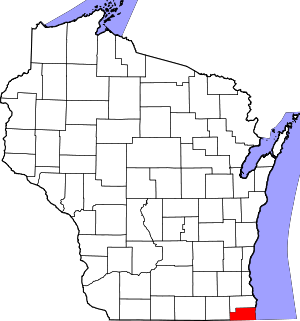 Description:  The building faces south and is a three story limestone, stone and concrete structure. The building is located on landscaped grounds in the center of Kenosha. The building is constructed of gray colored Indiana limestone with the east and west wings projecting from the building. The long center section has stone columns rising from the second to third story. The first story entrance has three doorways framed with stone. The interior has a central light court, illuminated by a colored, leaded glass skylight, and by round arched windows, and rises three stories in the main entrance hall and is surrounded by balconies. Distinguished by a Botticino marble staircase and marble columns and pilasters, the interior court (and adjacent hallways) are lavishly ornamented with molded ceiling details, hand-wrought iron balusters and grills, and “classical” mural art. The murals in the central hall were designed by A E Foringer and executed in muted tones of blue, gold, and white. Symbolizing Civil Law, with winged figures bearing inscribed tablets, they surmount the entries to the second story courtrooms. The large mural on the third floor landing, entitled “In Memoriam,” was designed by noted New York artist William De Leftwich-Dodge, and the courtroom murals were designed by Charles Holloway. The building houses the County Circuit Court of the 2nd Judicial Circuit. 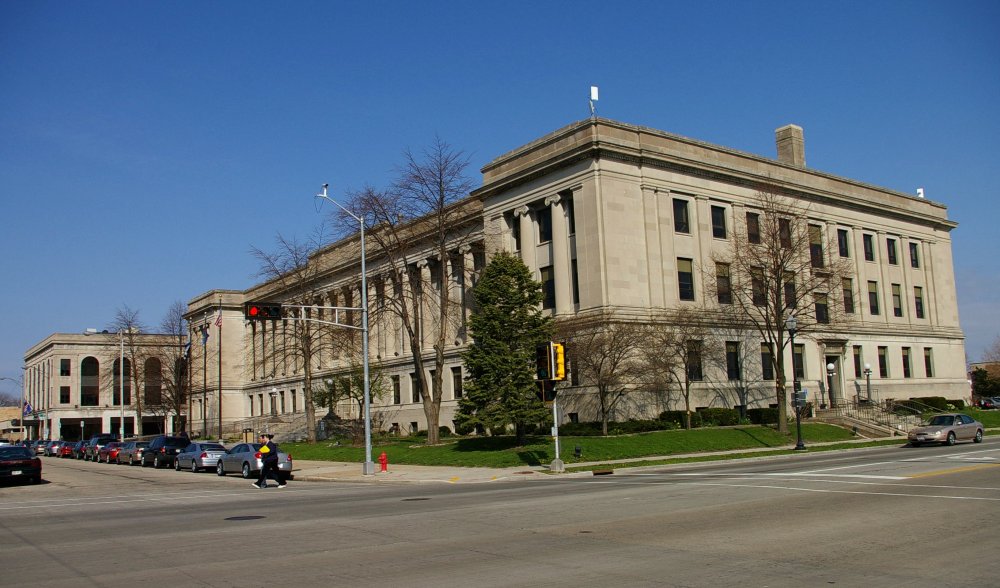 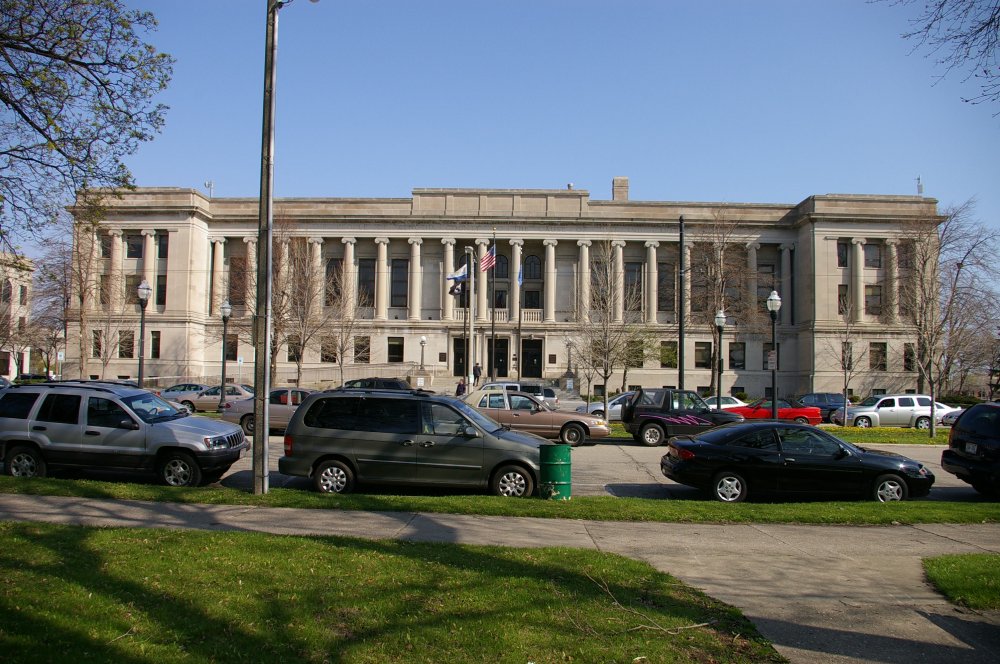 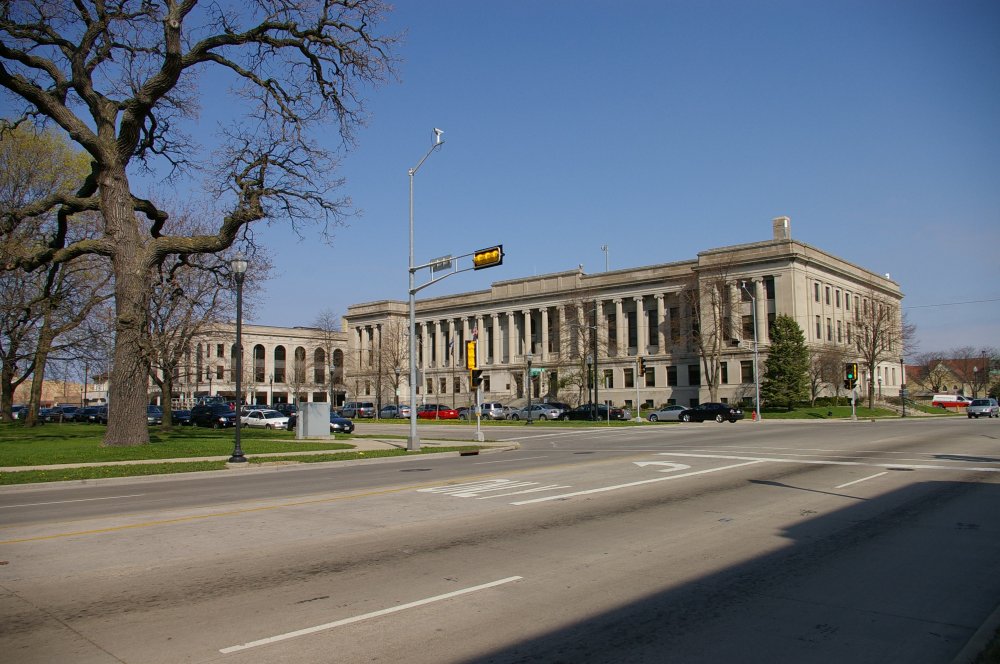 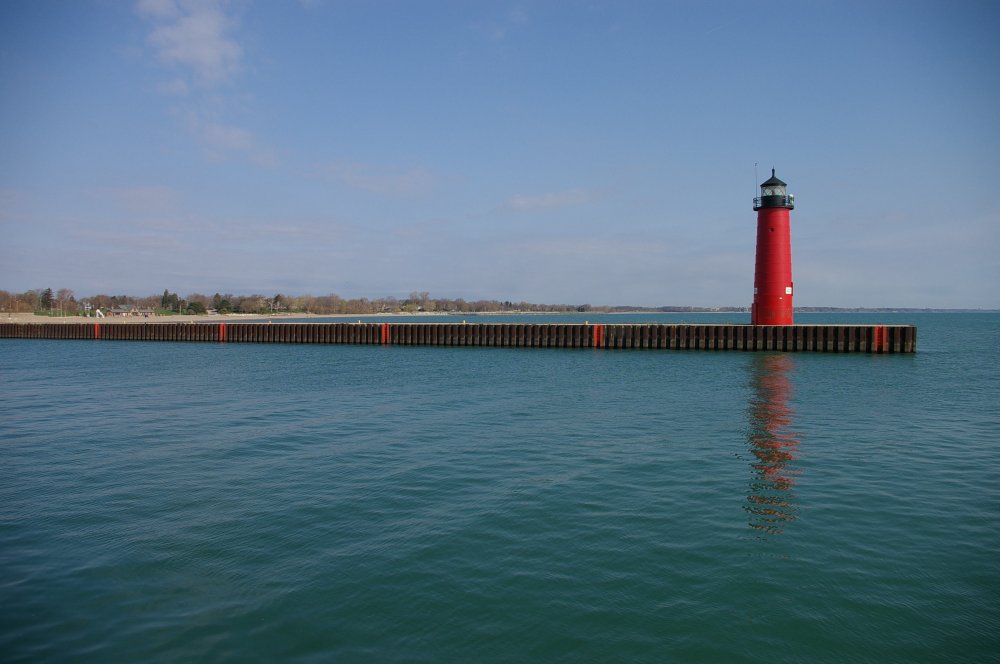 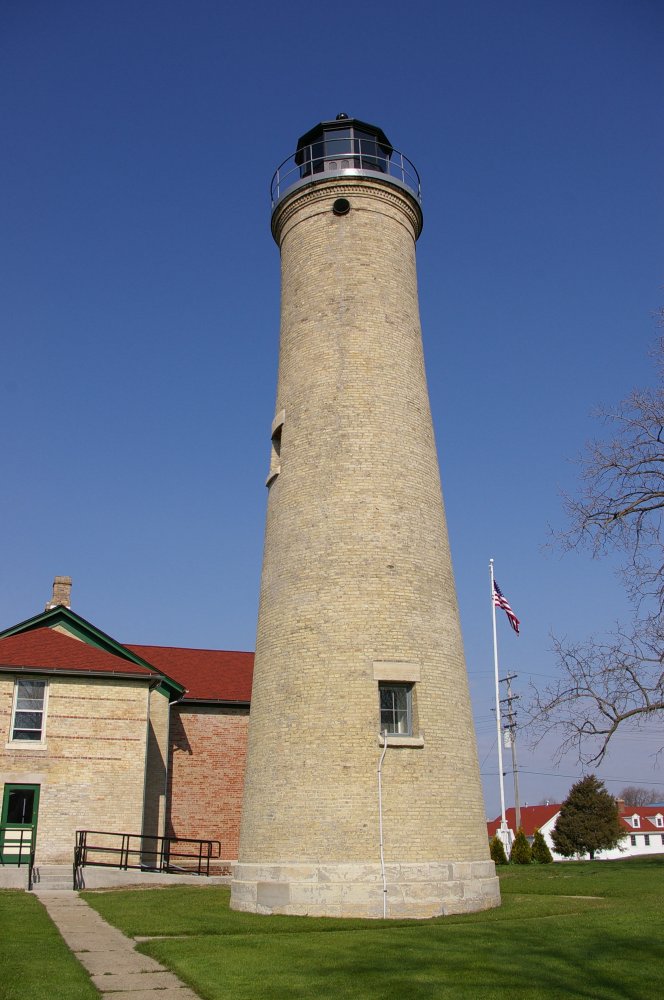