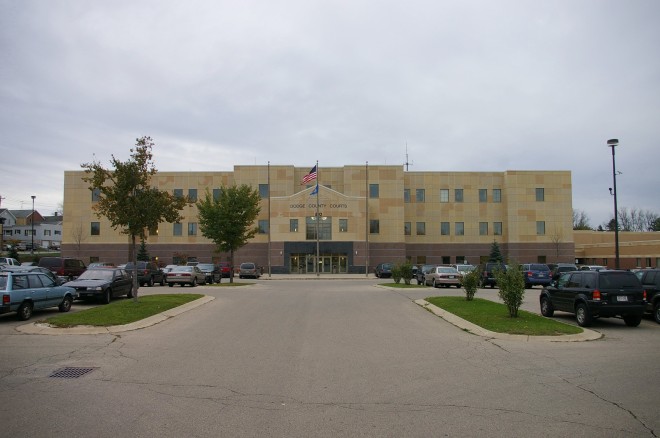 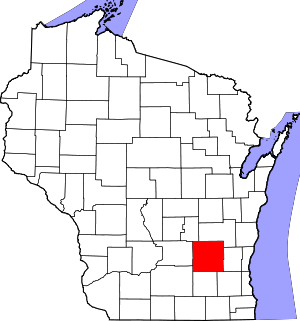 Architect:  Stubenrauch Architects of Sheboygan and Kimme and Associates of Champaign, Illinois

Description:  The building faces north and is a three story buff and red colored stone, glass and concrete structure. The building is located on spacious landscaped grounds in the center of Juneau. The first story is faced with a dark red colored stone and the upper stories are faced with a light yellow colored stone. The central entrance protruded from the main building and is rounded with glass windows on the second story. The east and west corner section also protrudes from the main building.The building houses the County Circuit Court of the 3rd Judicial Circuit. 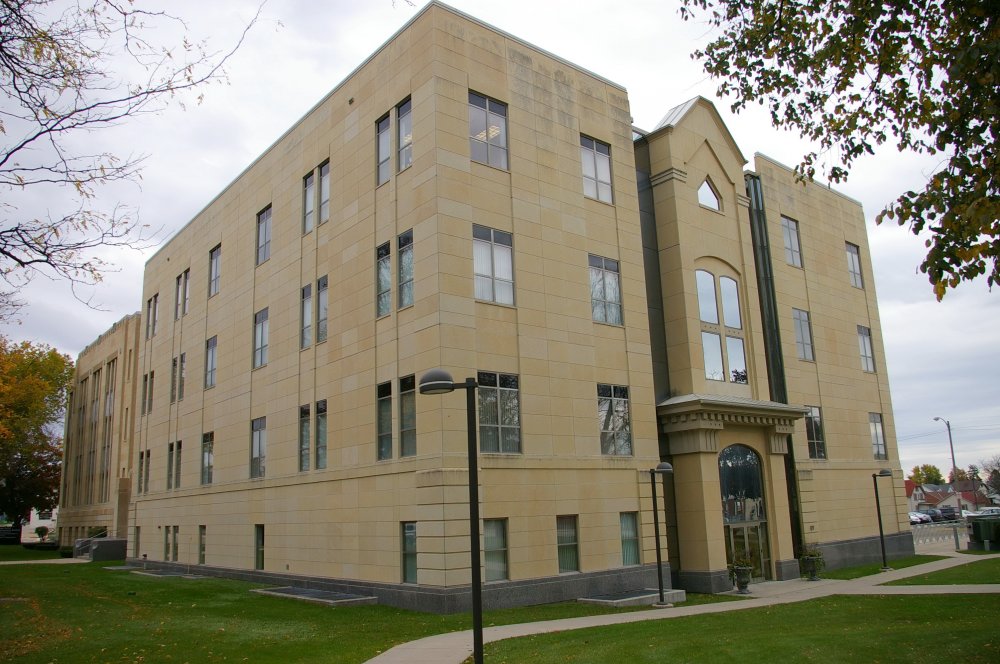 Description:  The building faces south and is a three story buff colored stone, glass  and concrete structure. The rectangular shaped building is located on landscaped grounds in the center of Juneau. The building has a flat roof line.The building served as the courthouse until 2000, The original section was the fomer courthouse constructed in 1878 and demolished in 1995. The building was renovated in 1996.The architect was The Stubenrauch Architects Inc. of Applelton. 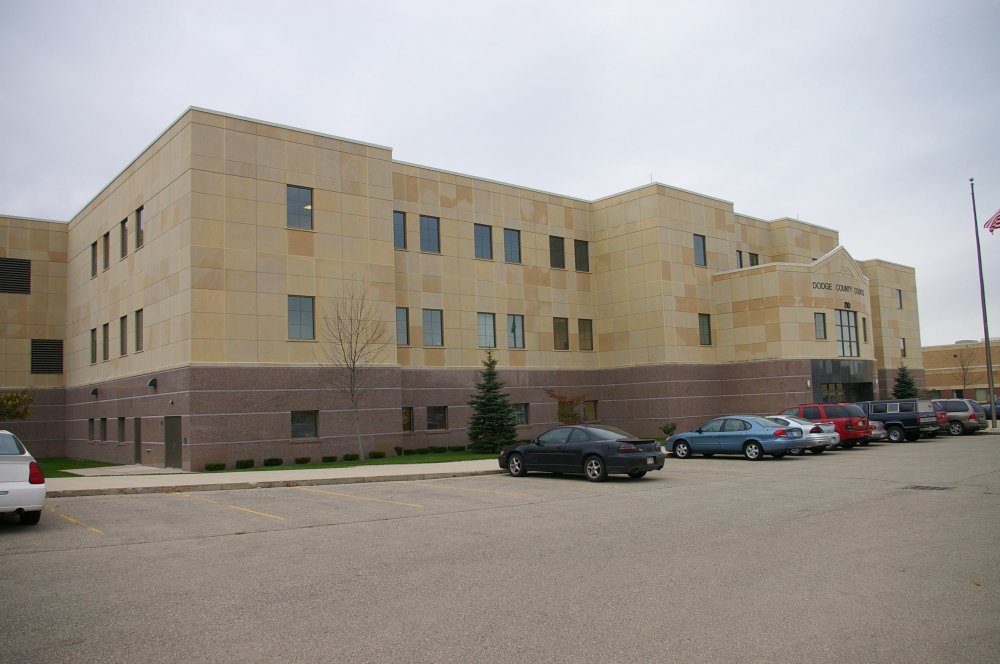 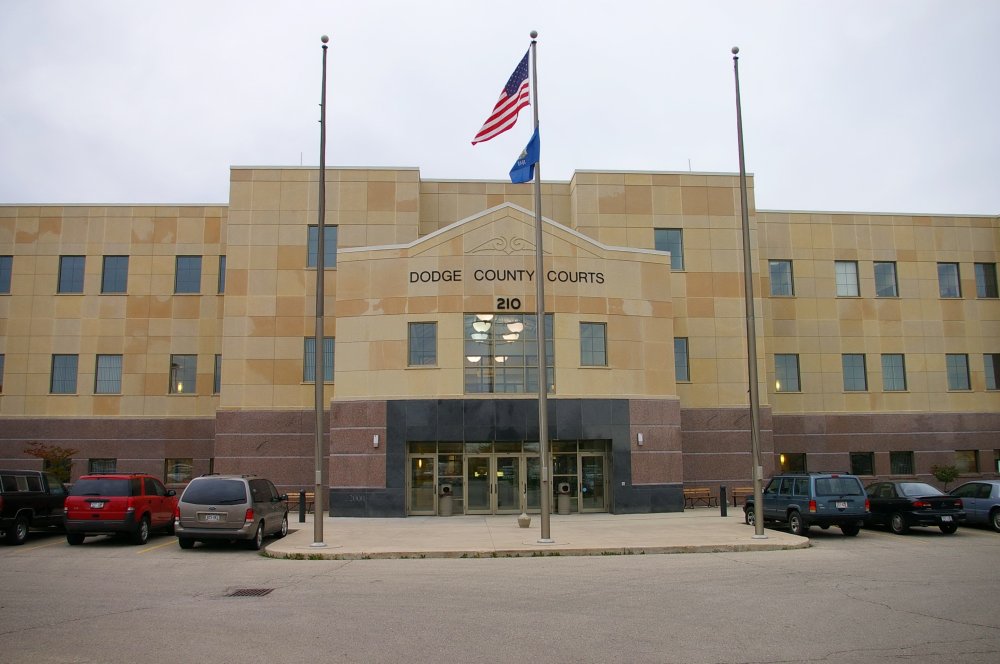 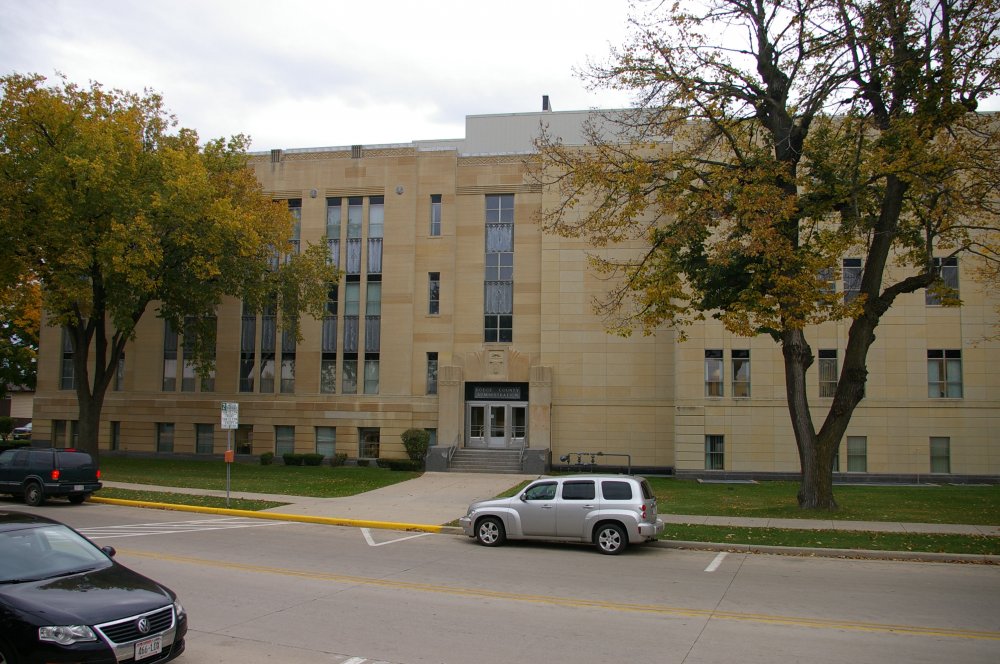 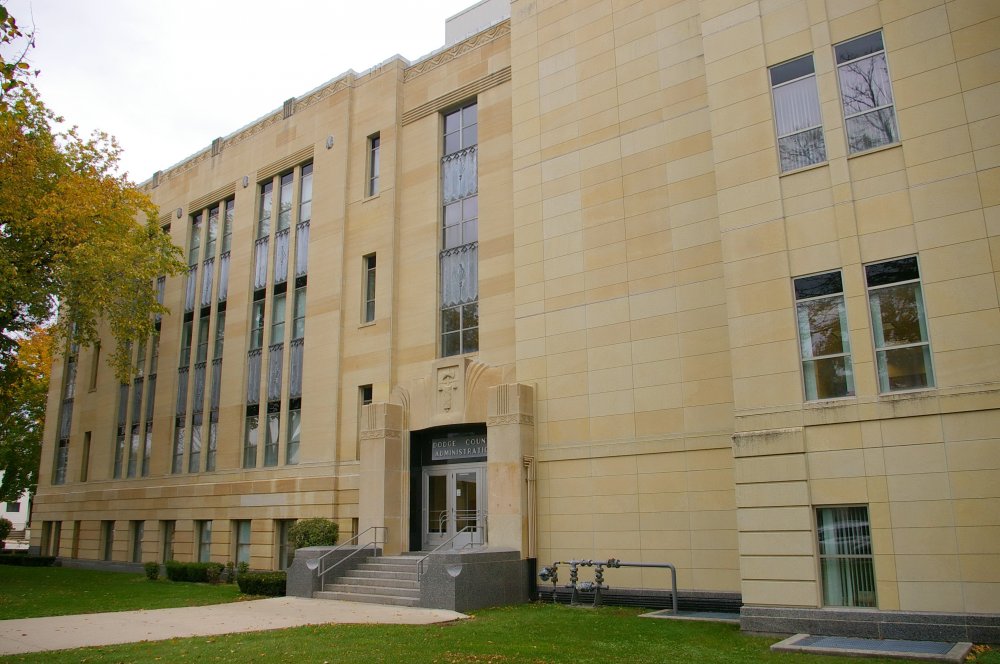 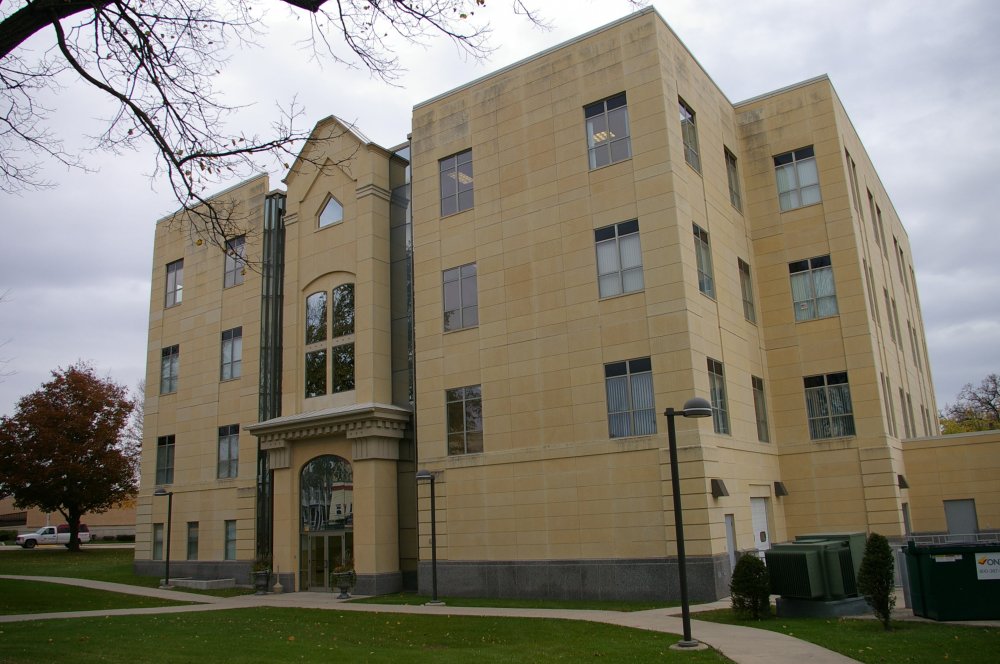 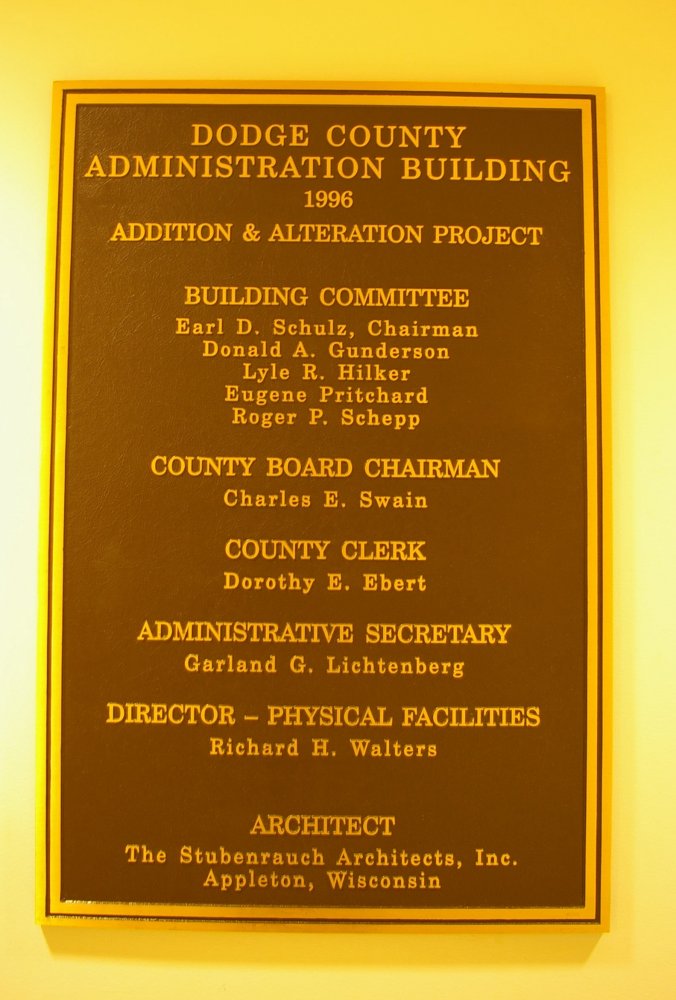