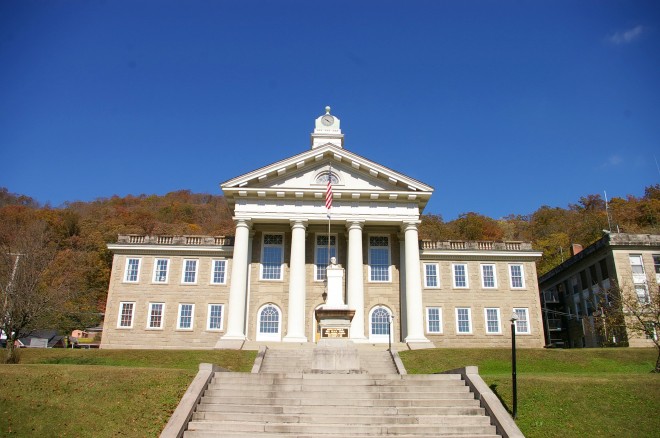 Wyoming County is named for a word from the Lenape language meaning “broad bottom lands”.

Description:  The building faces south and is a two story buff colored ashlar stone structure. The building sits on a landscaped hill overlooking the Guyandotte River in the center of Pineville. The stone was locally quarried. The south front has a large portico with four columns rising to a pediment at the roof line. On the center of the roof is a square white colored cupola. In the interior, the main entrance to the courthouse leads to a large lobby which is directly under the south half of the second floor courtroom. The stairways to the courtroom are open-well, three-flight, and with an open string. They have lovely turned newels and balusters three to the tread. The string has ornamental brackets and the handrail is large and beautifully curved. The stairway at the west wing entrance is an open single-flight with all the features of the other stairs. The courtroom has a high paneled wainscot which holds the bases of the many fluted pilasteres with Ionic capitals which grace the courtroom walls. The floors are of terazzo though much of it has been covered with tile. The building houses the County Circuit Court of the 27th Judicial Circuit. On the east side is the Wyoming County Jail which is constructed of the same rock-faced stone and was constructed in 1930 under the Works Project Administration. On the north side is the County Courthouse Annex. 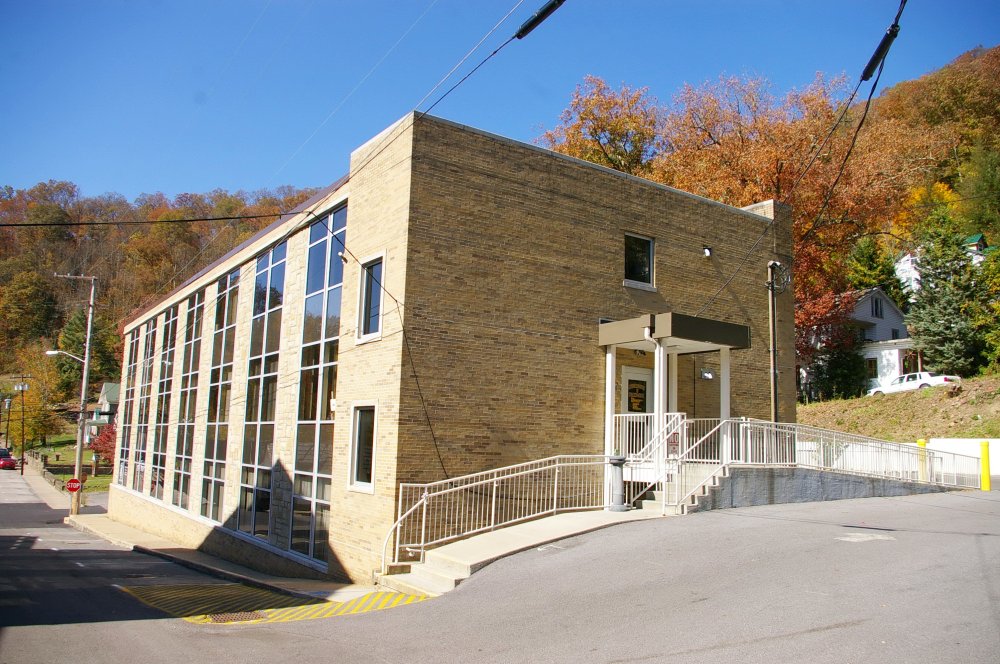 Description:  The building faces south and is a two story buff colored brick, glass and concrete structure. The rectangular shaped building sits on the landscaped grounds of a hill overlooking the courthouse and the Guyandotte River in the center of Pineville. The south front has vertical sets of windows and panels. The roof line is flat. In the interior, there is one courtroom located on the second story. The building houses the County Magistrate Court. 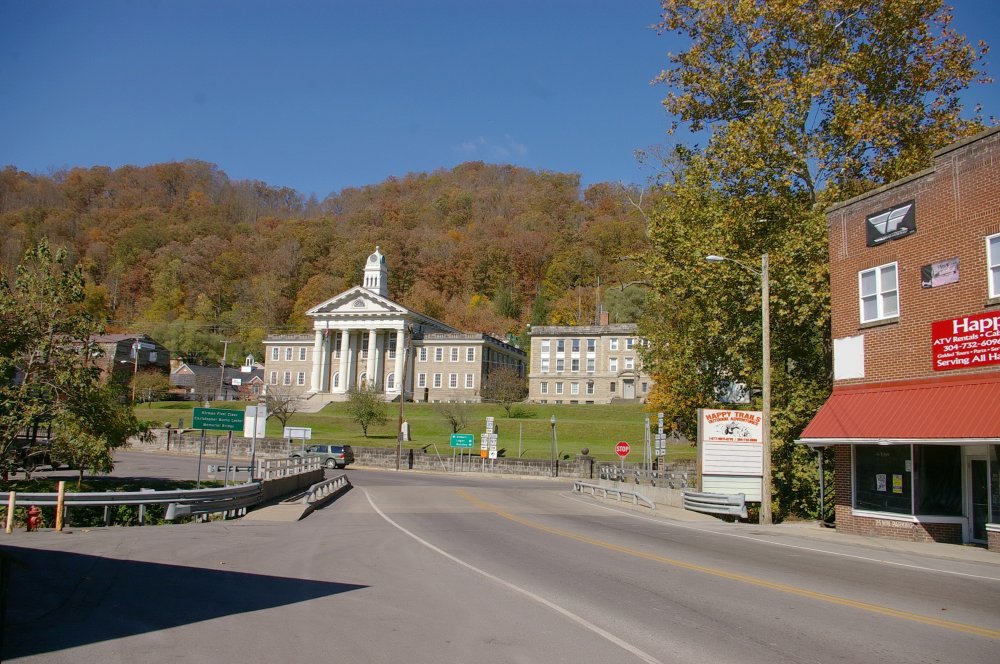 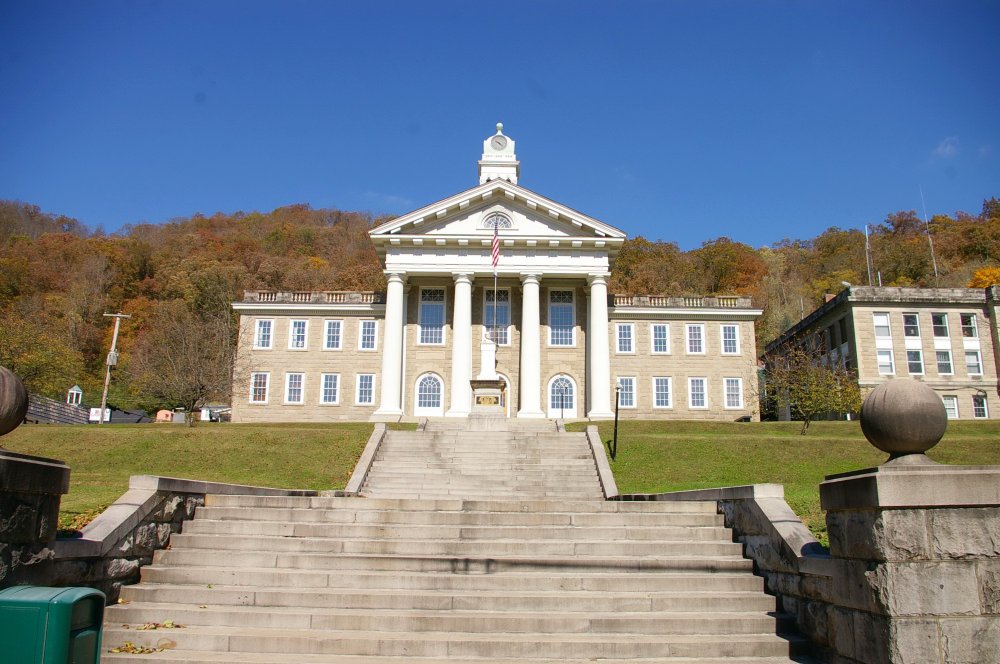 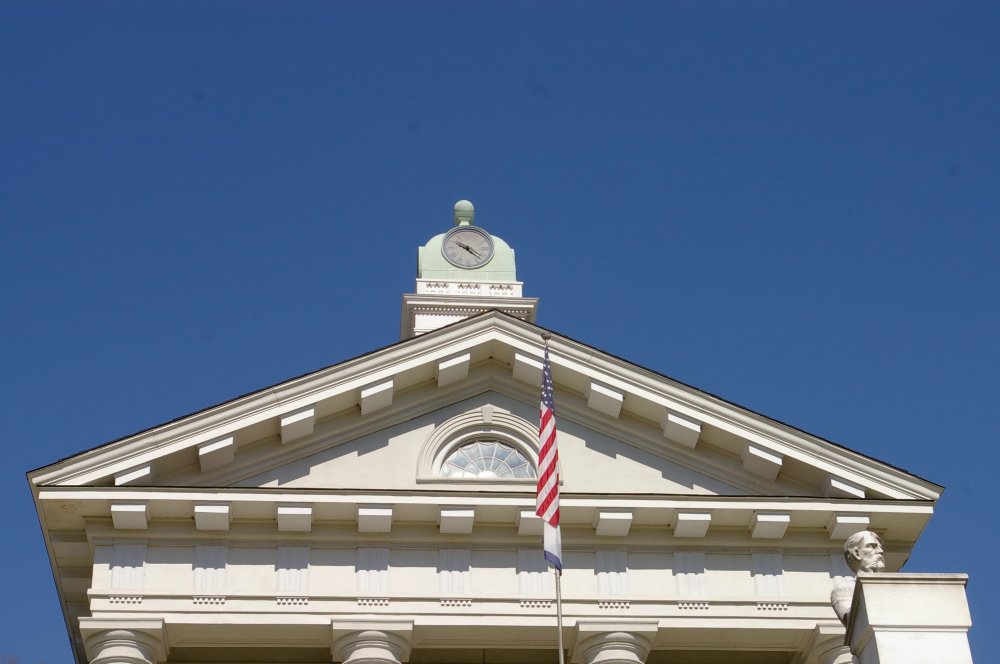 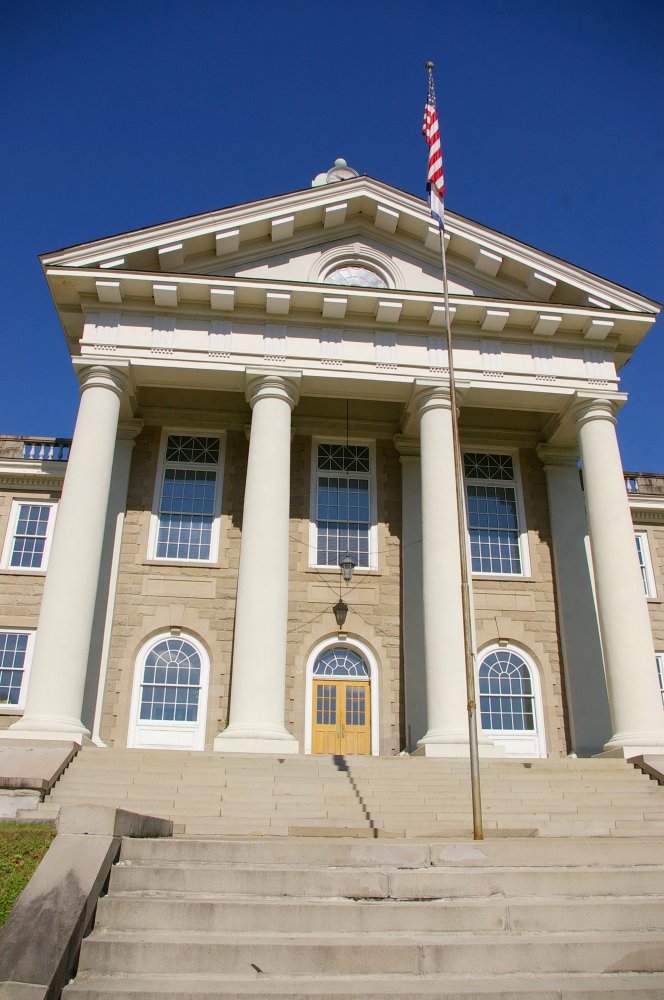 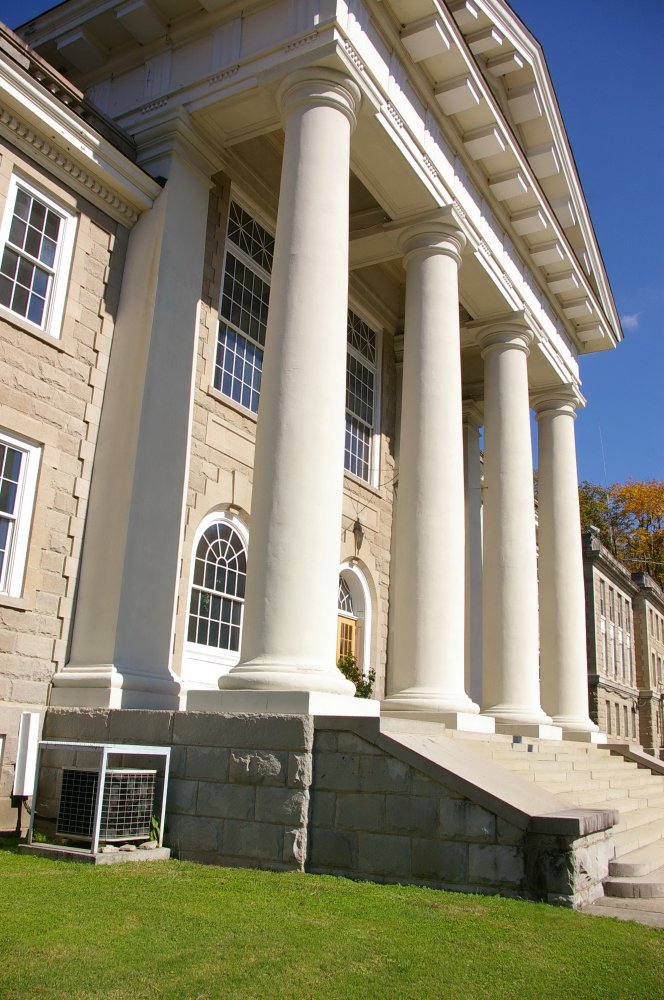 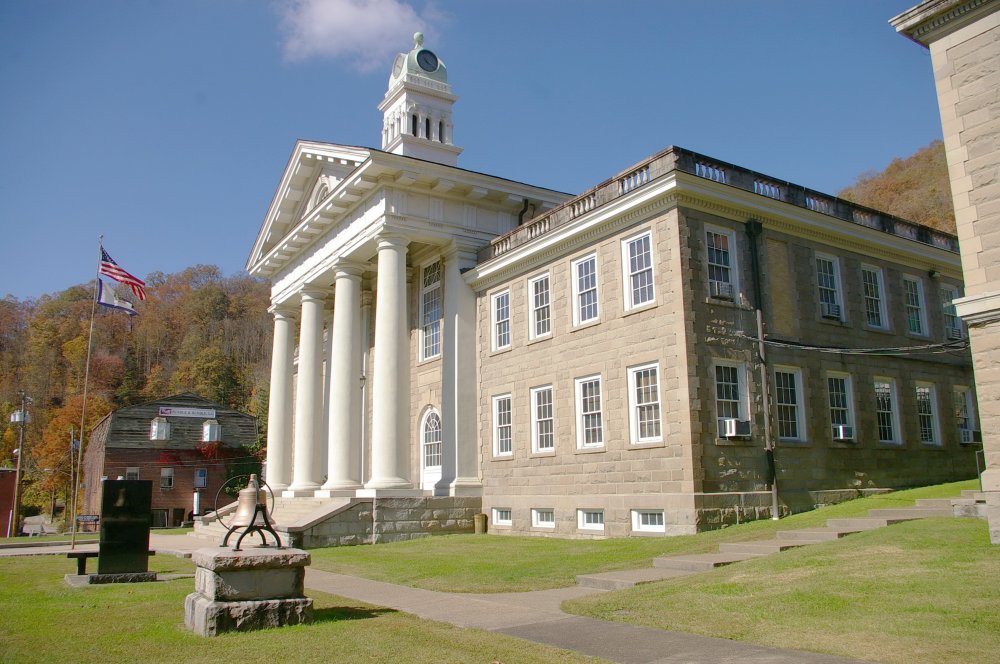 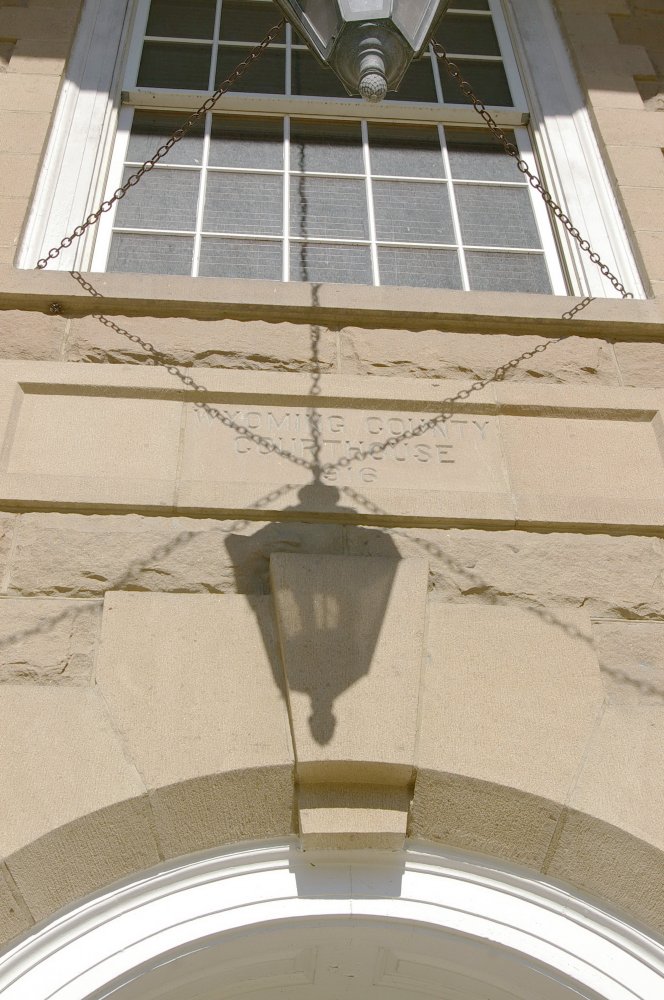 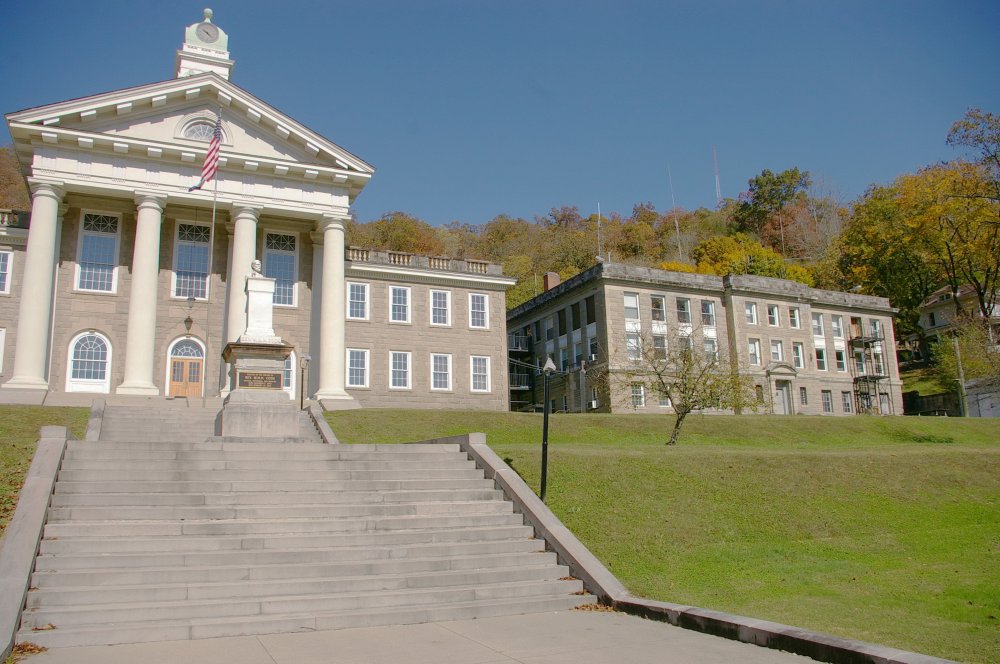 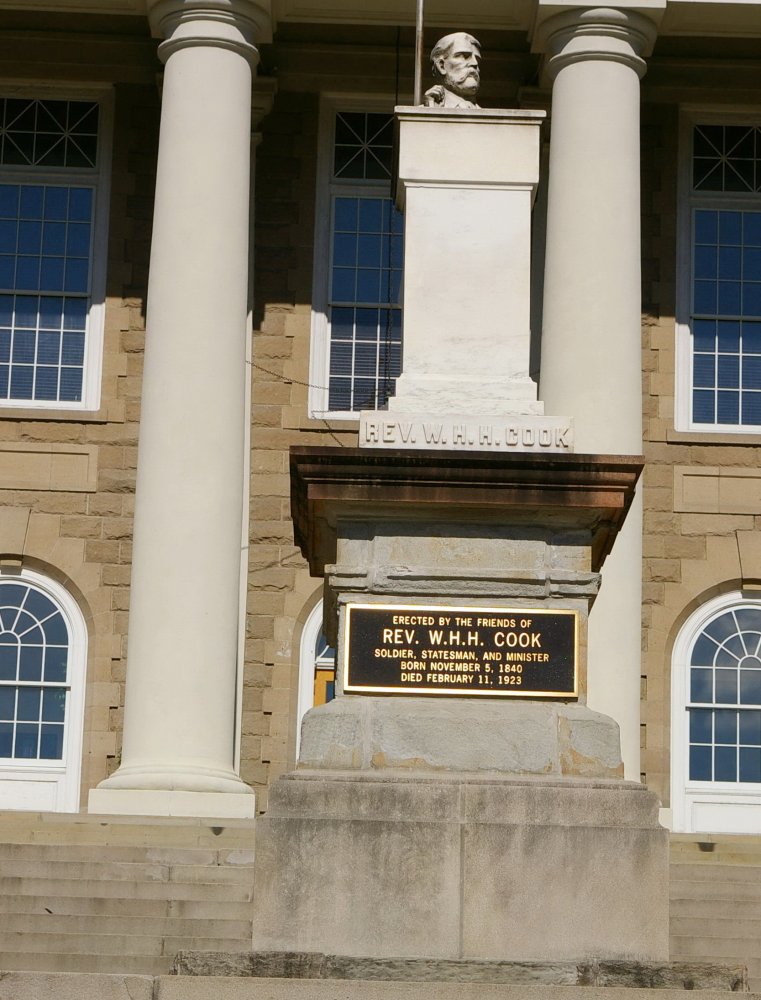 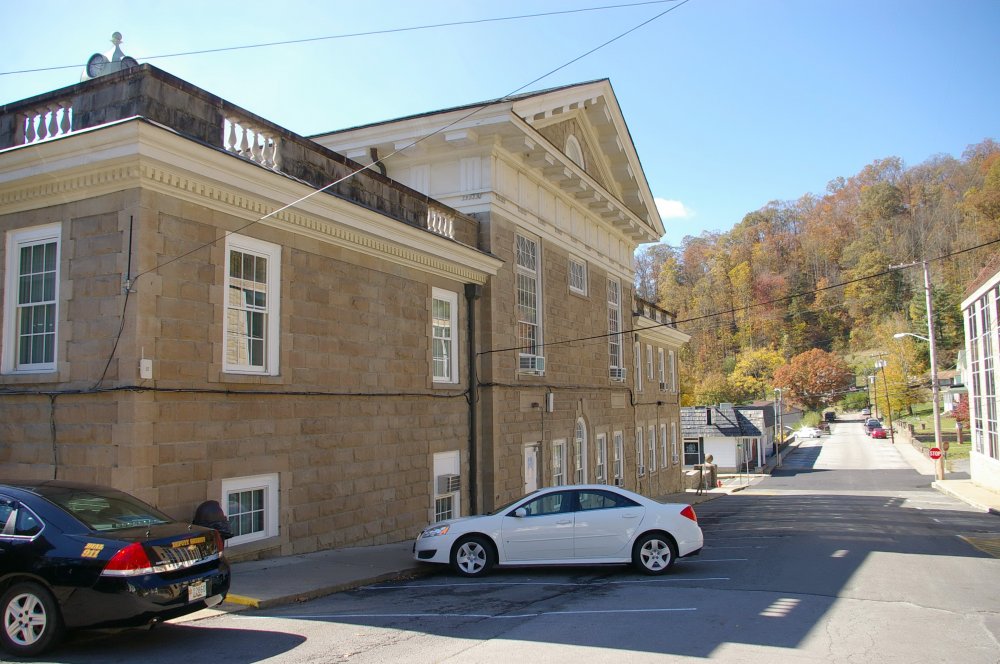 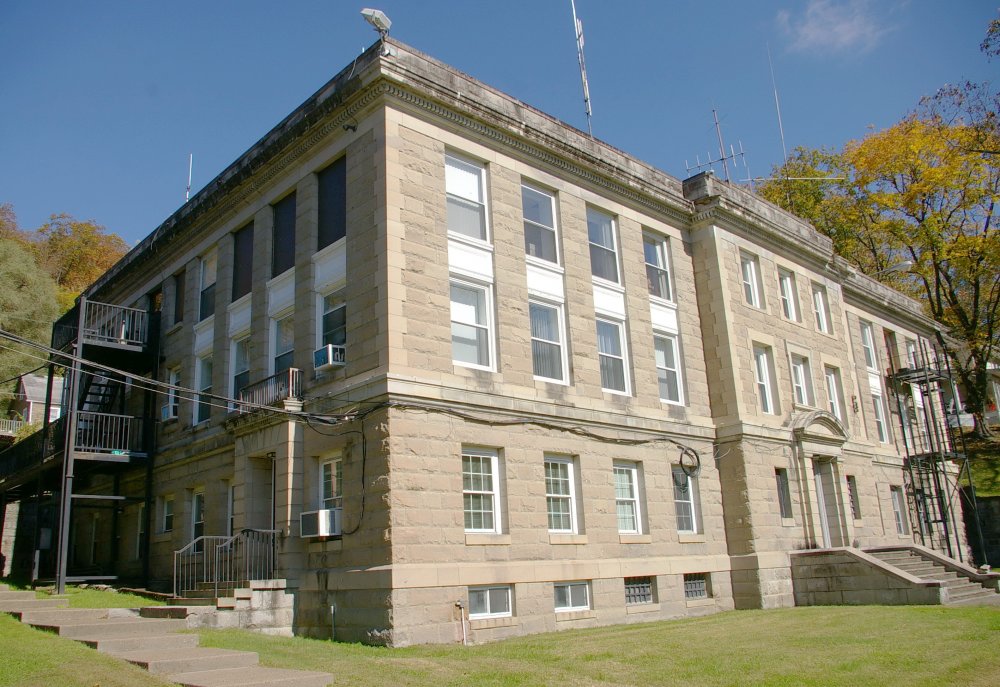 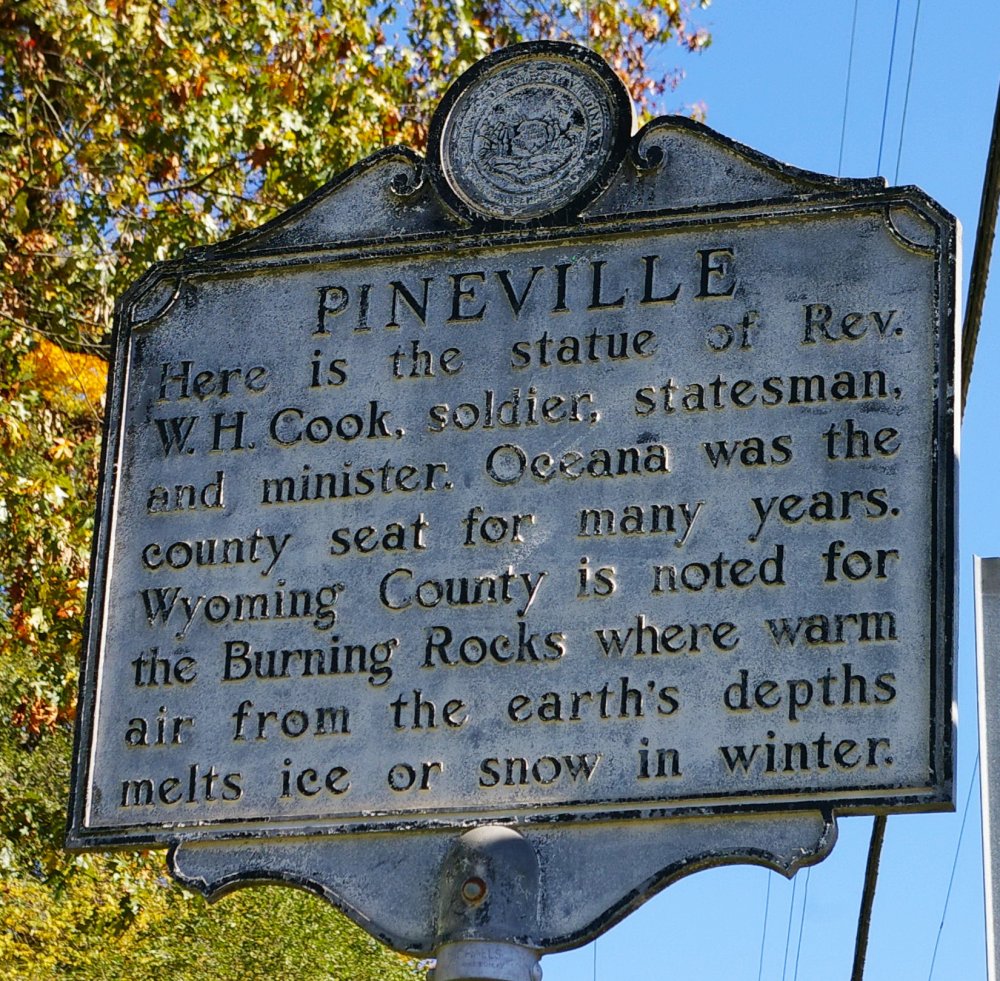