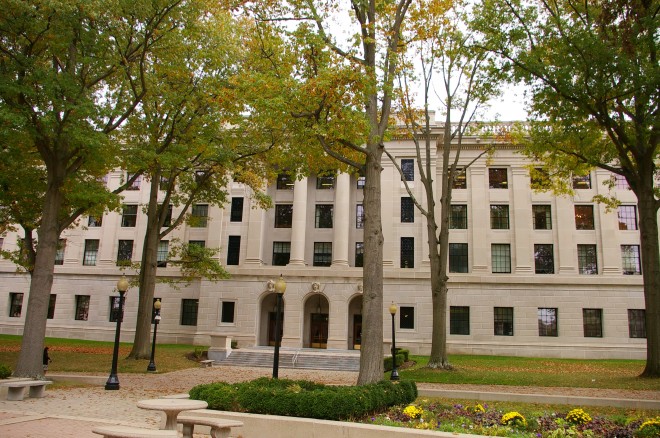 Description:The building faces east and is a four story stone structure. The Supreme Court of Appeals is located on the third floor of the East Wing of the State Capitol. The Chamber is a space of inspiring architectural dignity reflecting the majesty of the law and the respect in which it should be held. Three walls of the Chamber are each centered by four tall black-veined white marble columns capped by gilded Ionic capitals. High at the ceiling line an engraved frieze on the three sides, carries Thomas Jefferson’s words: “The true foundation of republican government is the equal right of every citizen in his person and property and in their management”. Along the fourth wall appears Abraham Lincoln’s reflection on divine guidance: “Firmness in the right of God gives us to see the right”. A horizontal richly decorated coffered ceiling is inlaid with a sunburst motif, and the ceiling centre is pierced by a large rectangular skylight of mottled yellow-white glass panes. On the skylight walls are affixed two sets of four bronze medallions, one set depicting the scales of justice, and the other an open book labeled with the Latin word for law : “Lex”. The seats of the five Supreme Court justices are at a heroic-size “bench” of rich dark wood marked by plain round shield medallions, and the bench, which is nearly room width, is raised on a black marble base. The Chamber is said to have been the architectural model for the United States Supreme Court Chamber in Washington, DC, because Cass Gilbert, the architect for both buildings, designed this Chamber first. 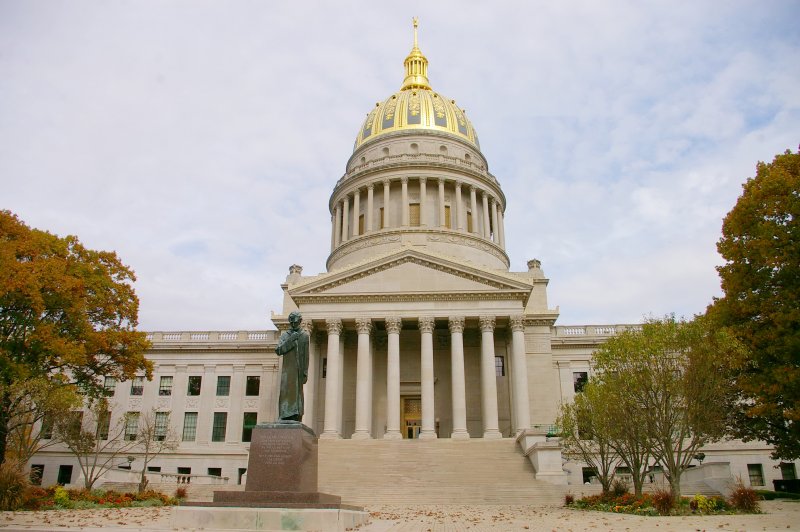 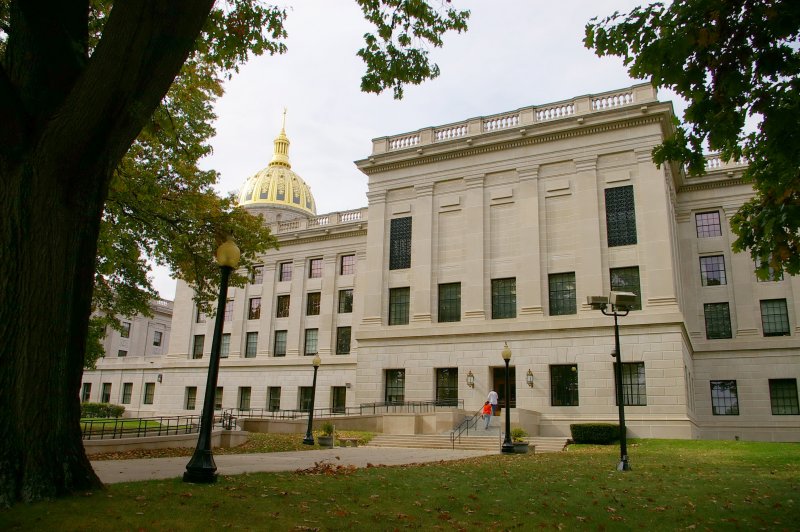 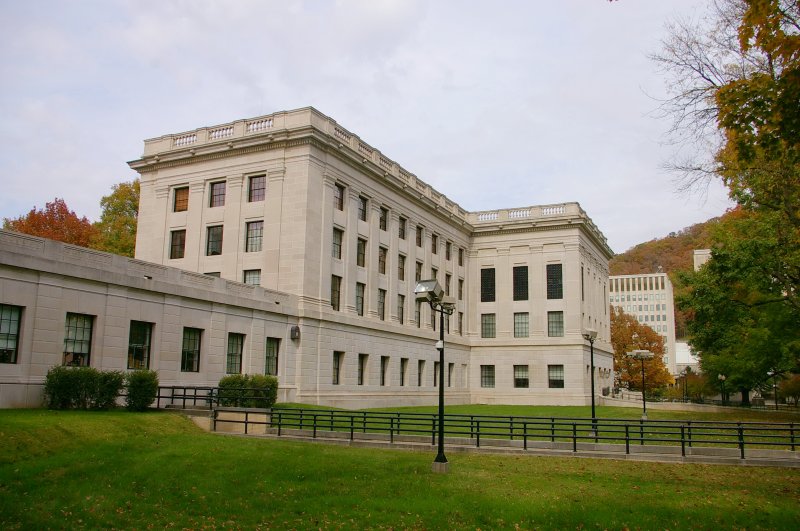 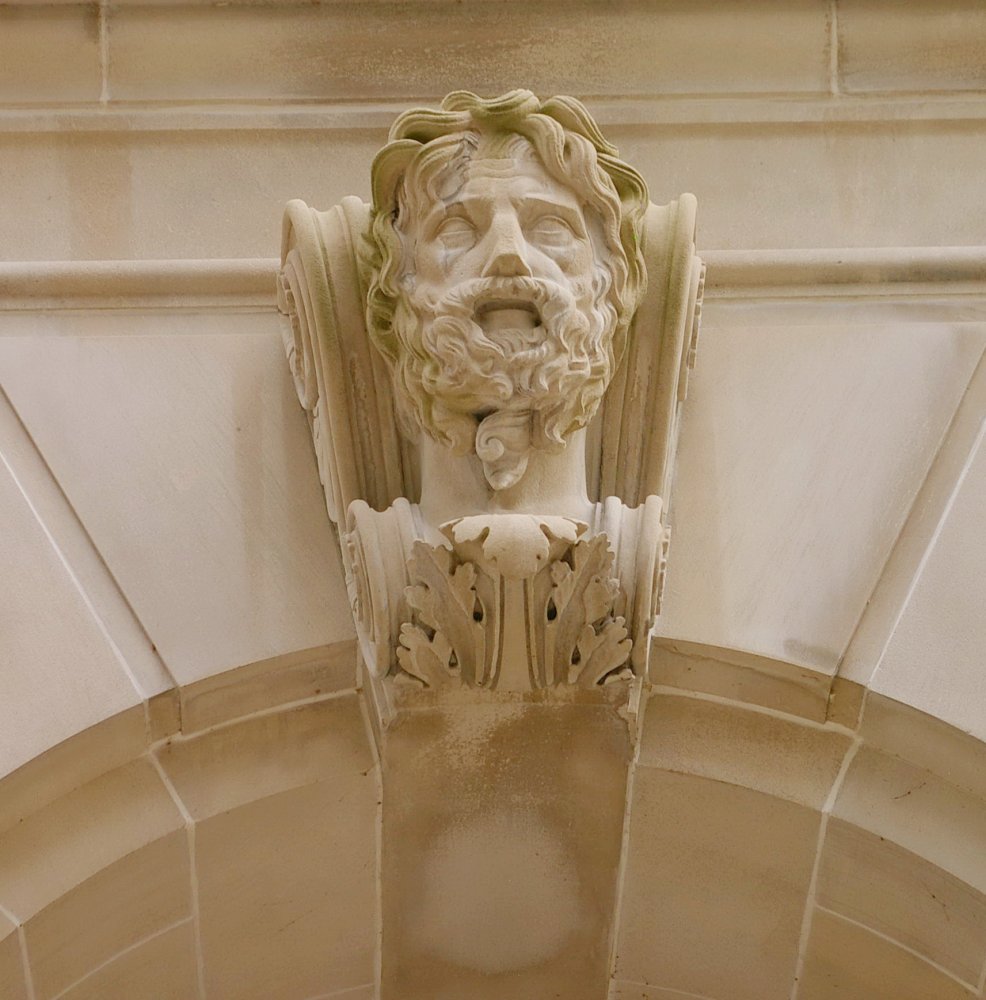 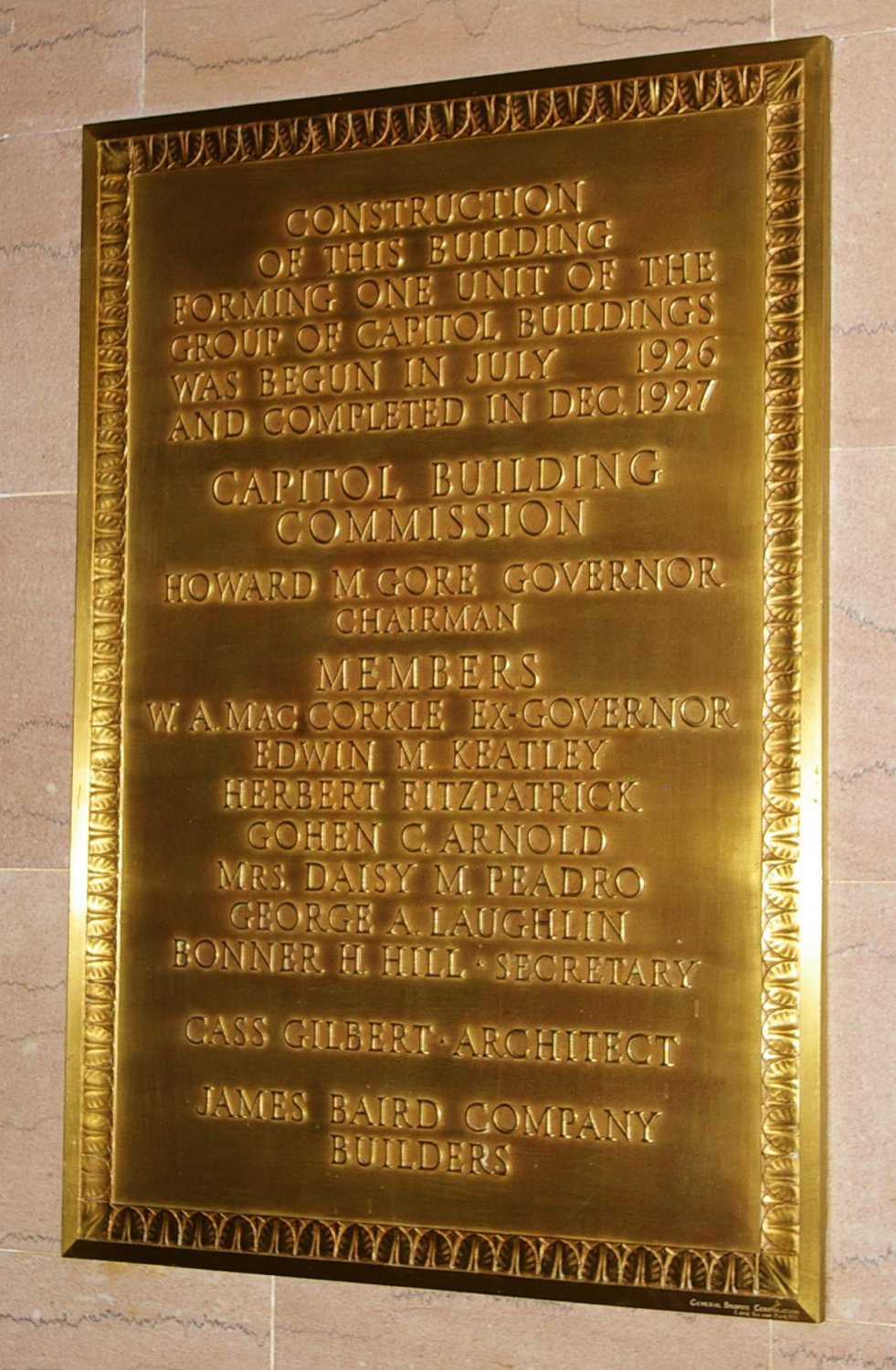