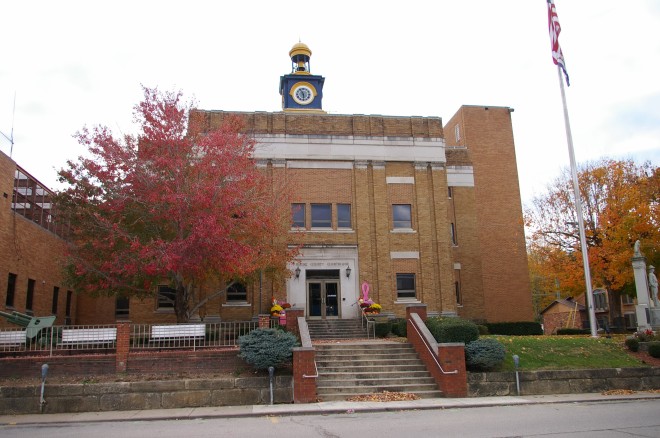 Description:  The building faces east and is a three story orange colored brick, stone and concrete structure. The building is located on landscaped grounds in the center of Wayne. The east front has a central entrance framed with stone. Above the entrance are three windows on the second story. A wide horizontal band runs below the roof line. On the roof is a square cupola with clock and gold colored drum above a bell. The building houses the County Circuit Court of the 24th Judicial Circuit, County Magistrate Court and County Family Court. On the west and south sides are new additions. In 1940, the architect was Levi J Dean and in 1971, the architect was Robert L Brown. 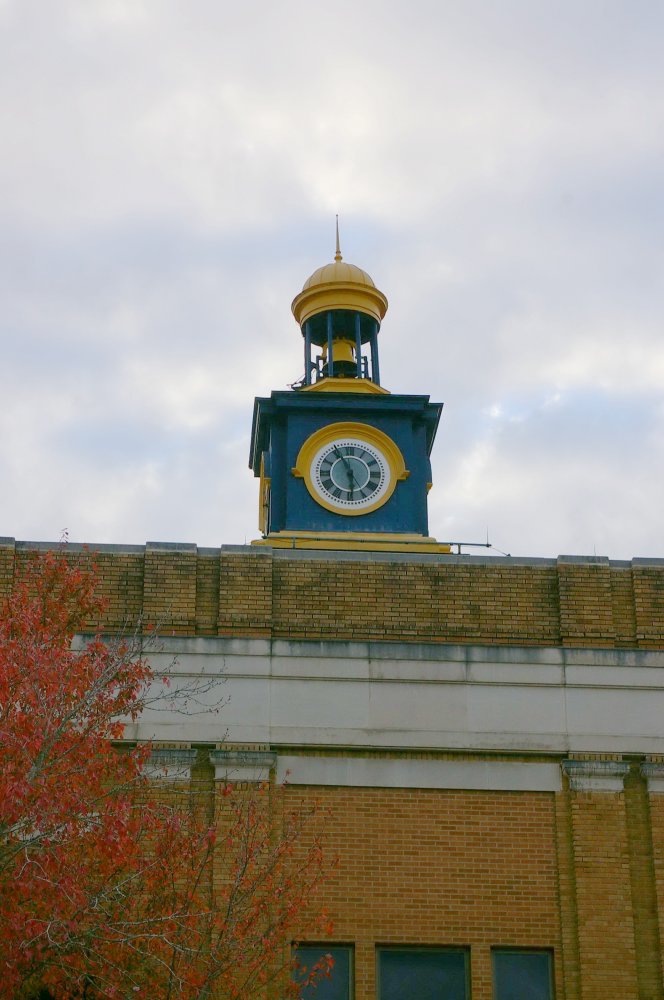 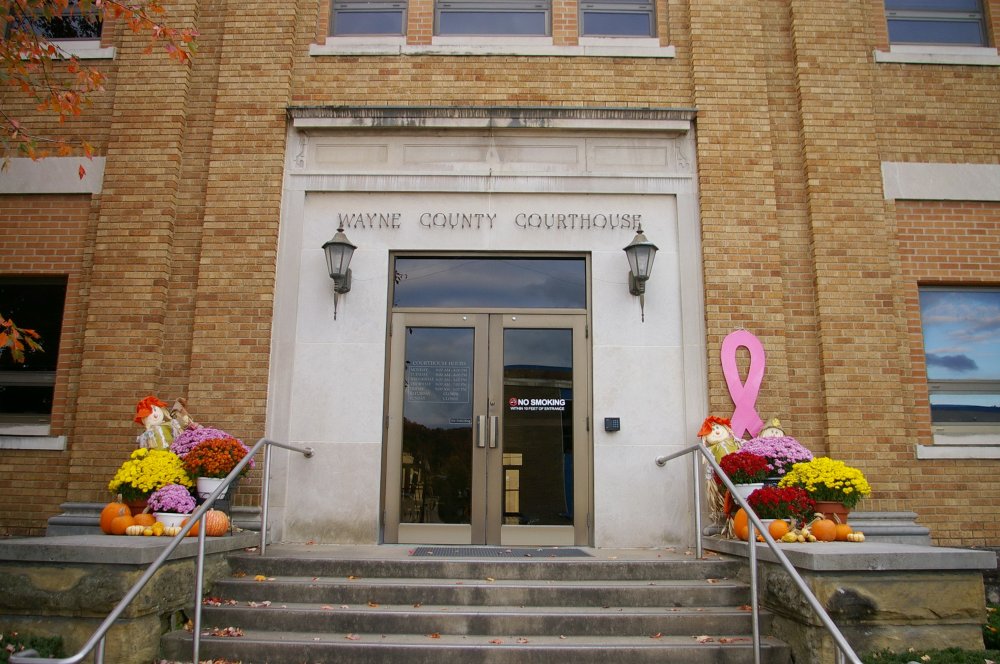