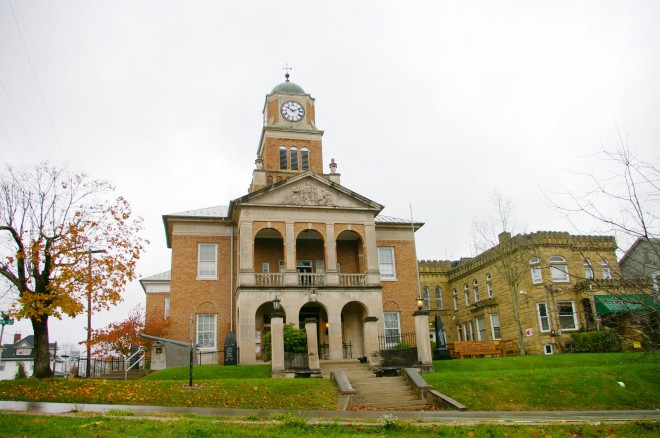 Tyler County is named for John Tyler, who was a Governor of Virginia.

Architect:  Holmboe and Pogue of Clarksburg

Description:  The building faces west and is a two story light red colored brick and stone structure. The building is located on landscaped grounds in the center of Middlebourne. The building is in the form of an “H” with the west section projecting north and south and the east section also projecting. The west front has a large portico with four columns rising to a pediment at the roof line. Behind the pediment is a large square light red colored brick clock tower with clock and dome at the top. The roof is hipped. In the interior, an axial corridor divides the first story. At the rear, a metal stair rises to the second story alcove at the entrance to the courtroom. The ceiling is an expansive barrel vault with five hanging lights suspended from molded plaster bases. Cornices are richly molded plaster ornamented with modillions and superimposed Greek frets of egg and dart and bead and reel styles are additional moldings. The rear wall is bowed and divided by plaster moldings into large panels. The center aisle slopes to the front terminating at the massive hardwood bench. The building houses the County Circuit Court of the 2nd Judicial Circuit – Wheeling Division and County Family Court. The building was remodeled in 1922. The architect was Holmboe and Pogue of Clarksburg and the contractor was G F Watson. Along the south side is the old County Jail built in 1874. 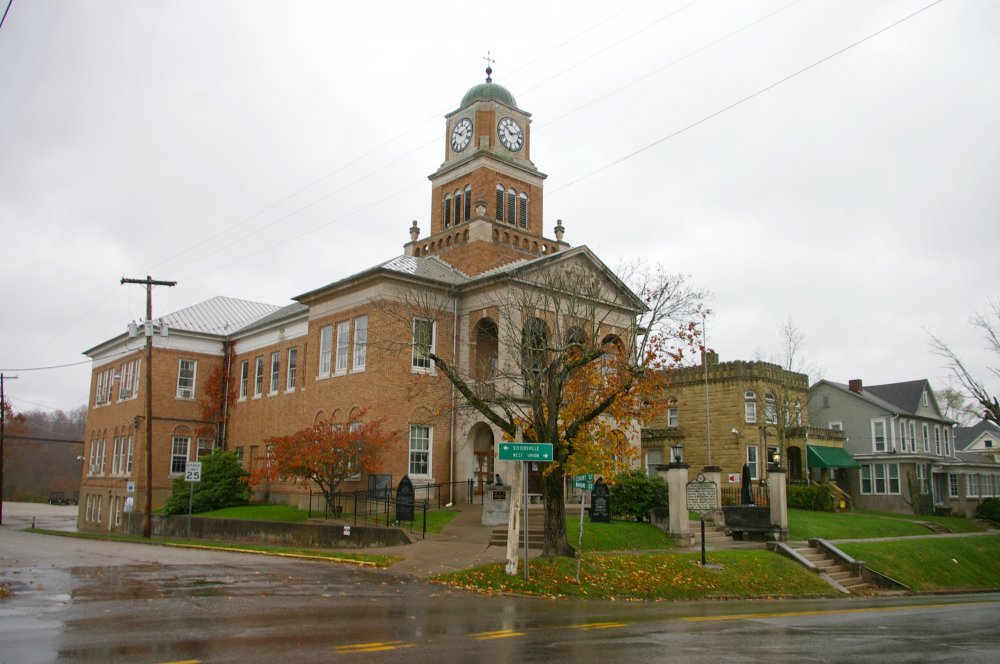 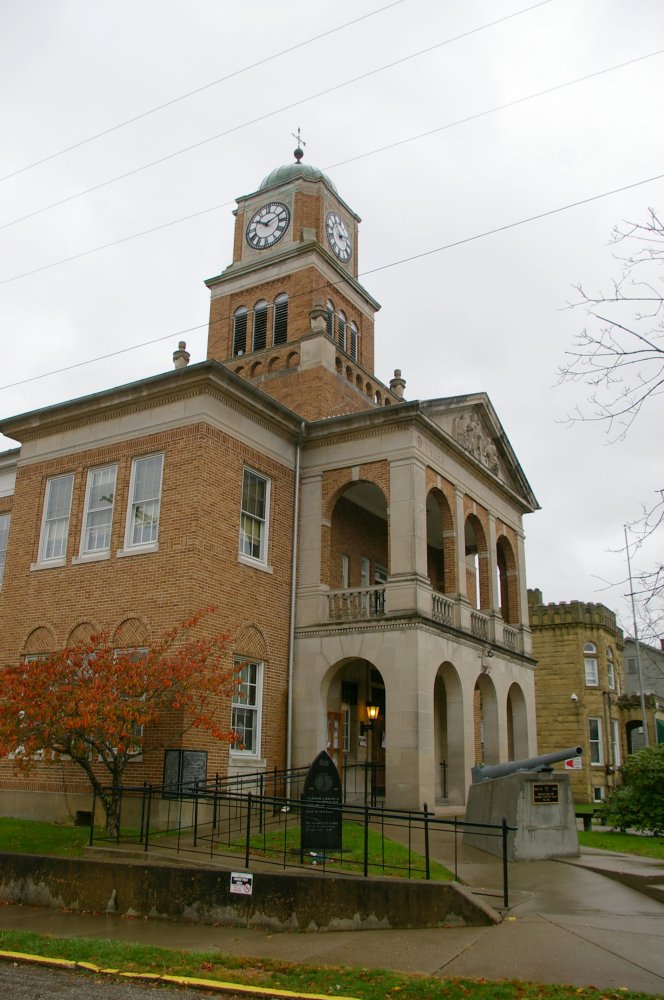 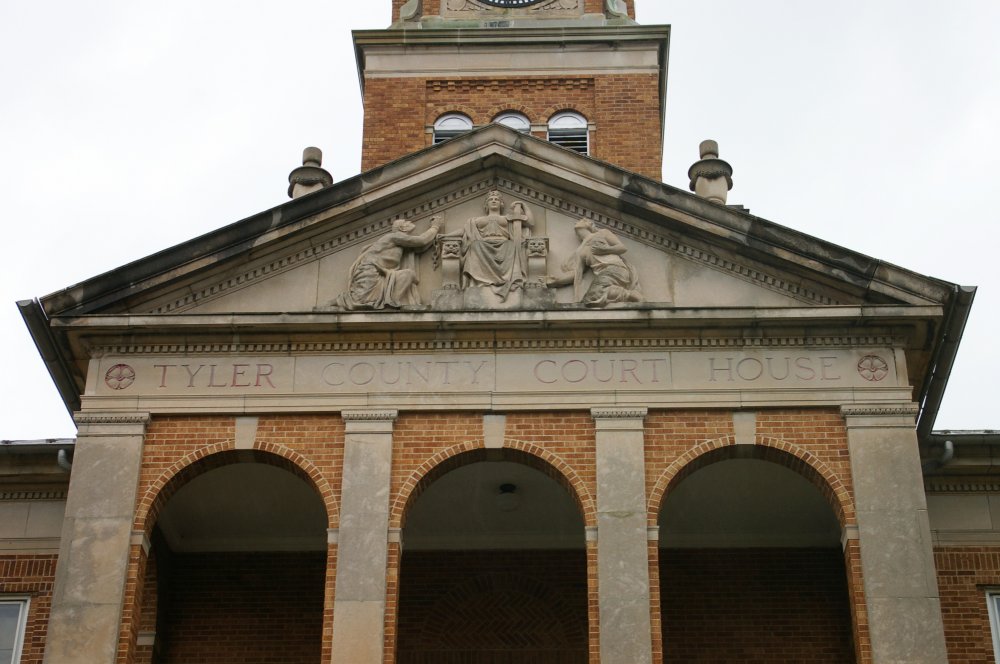 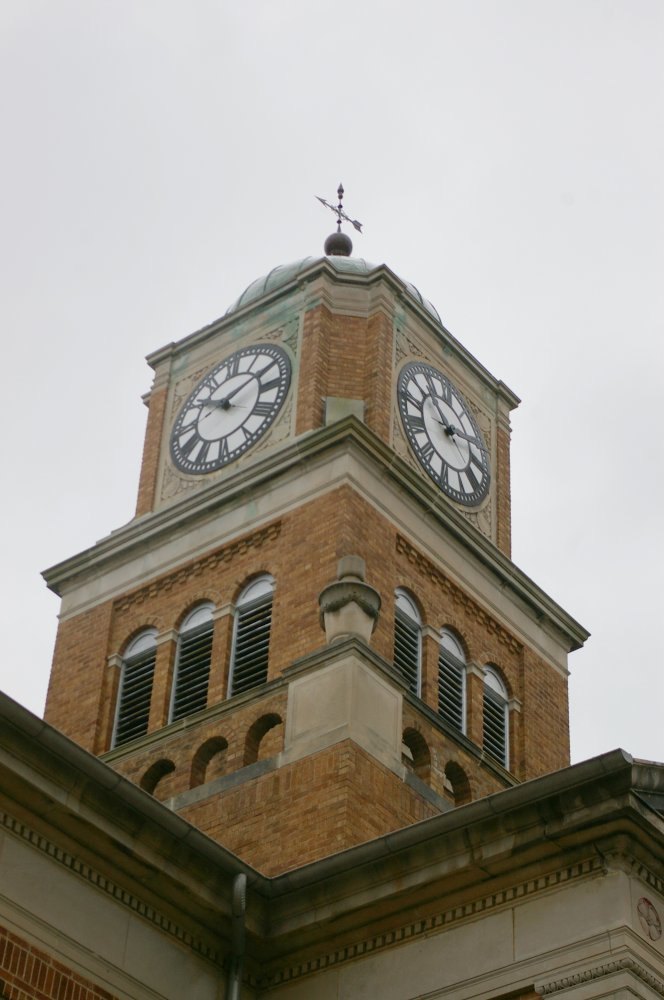 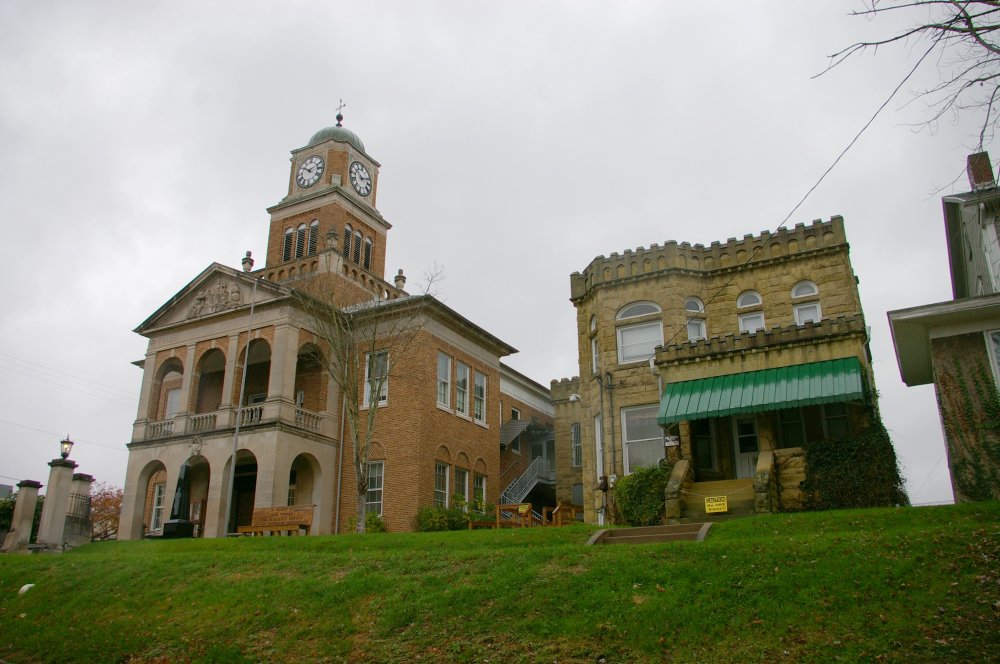 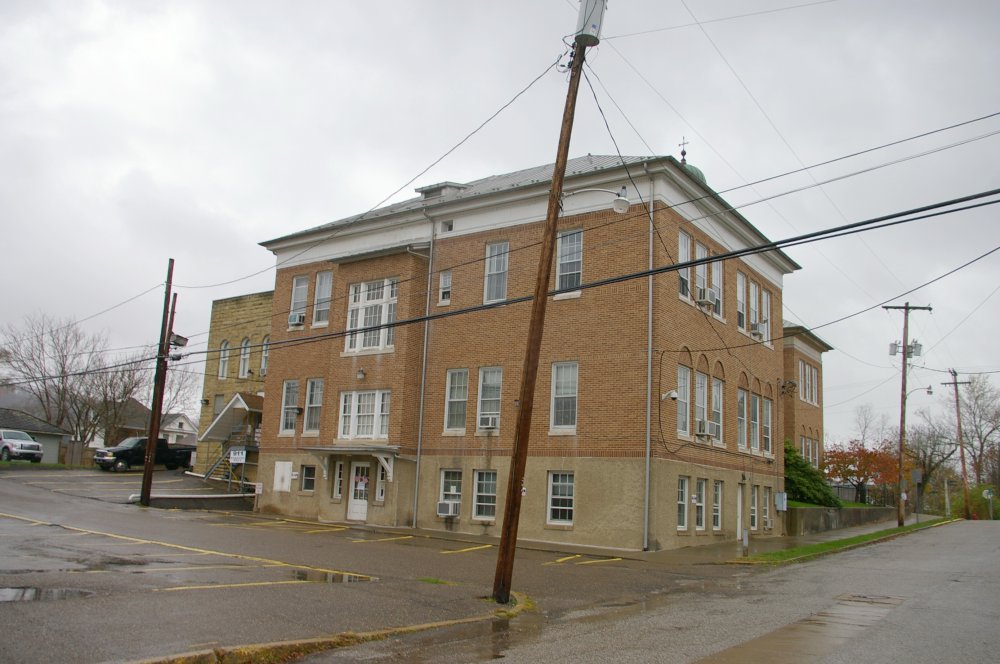 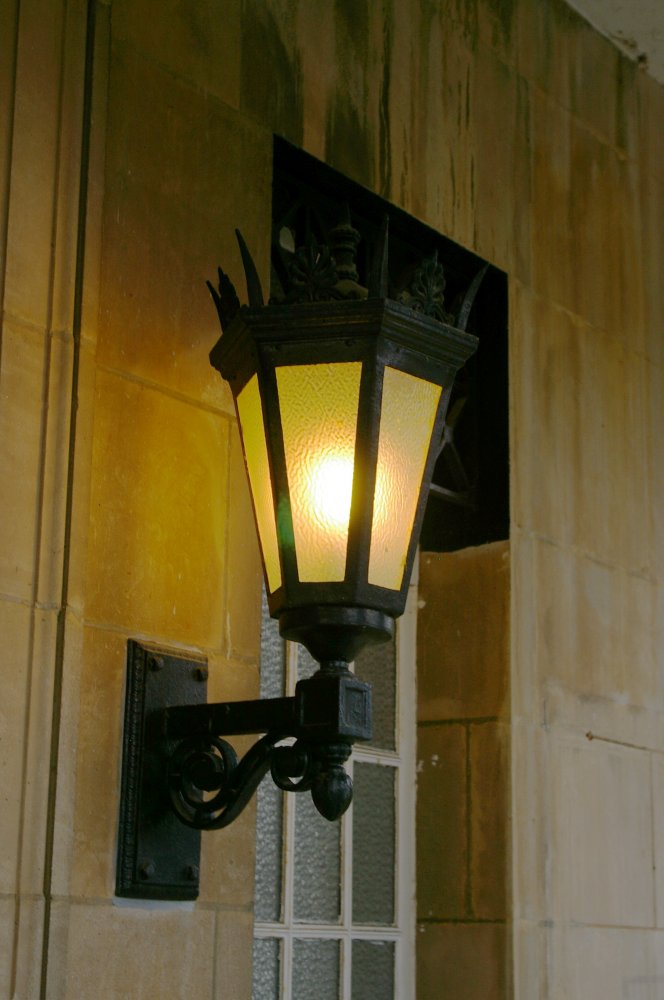 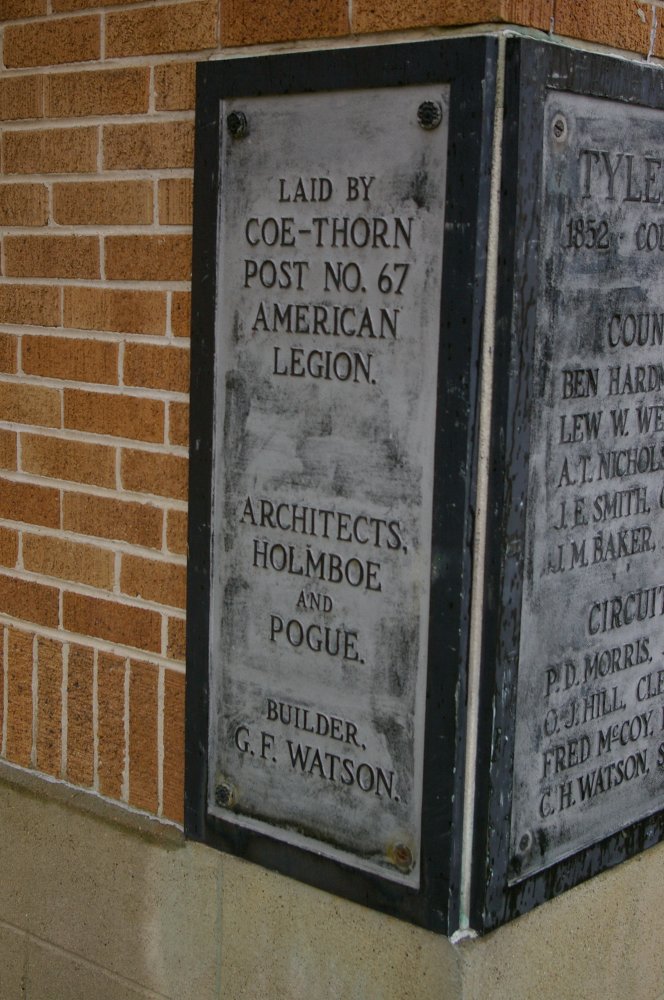 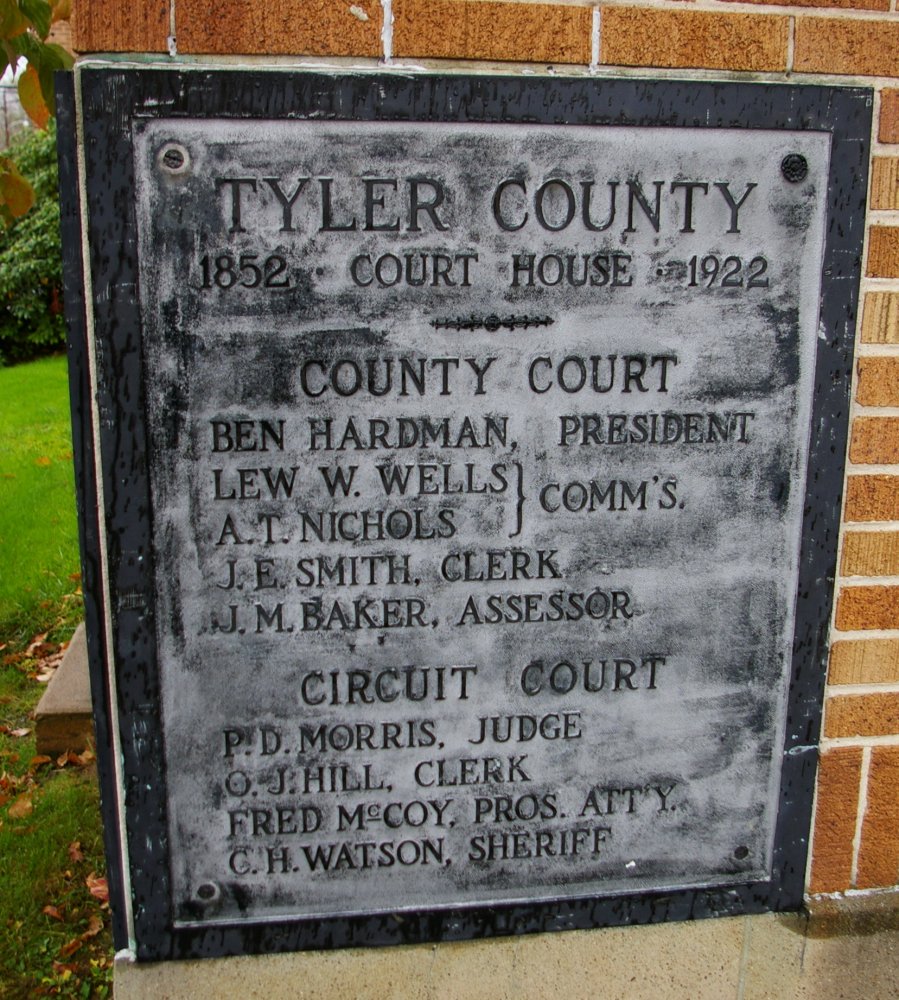 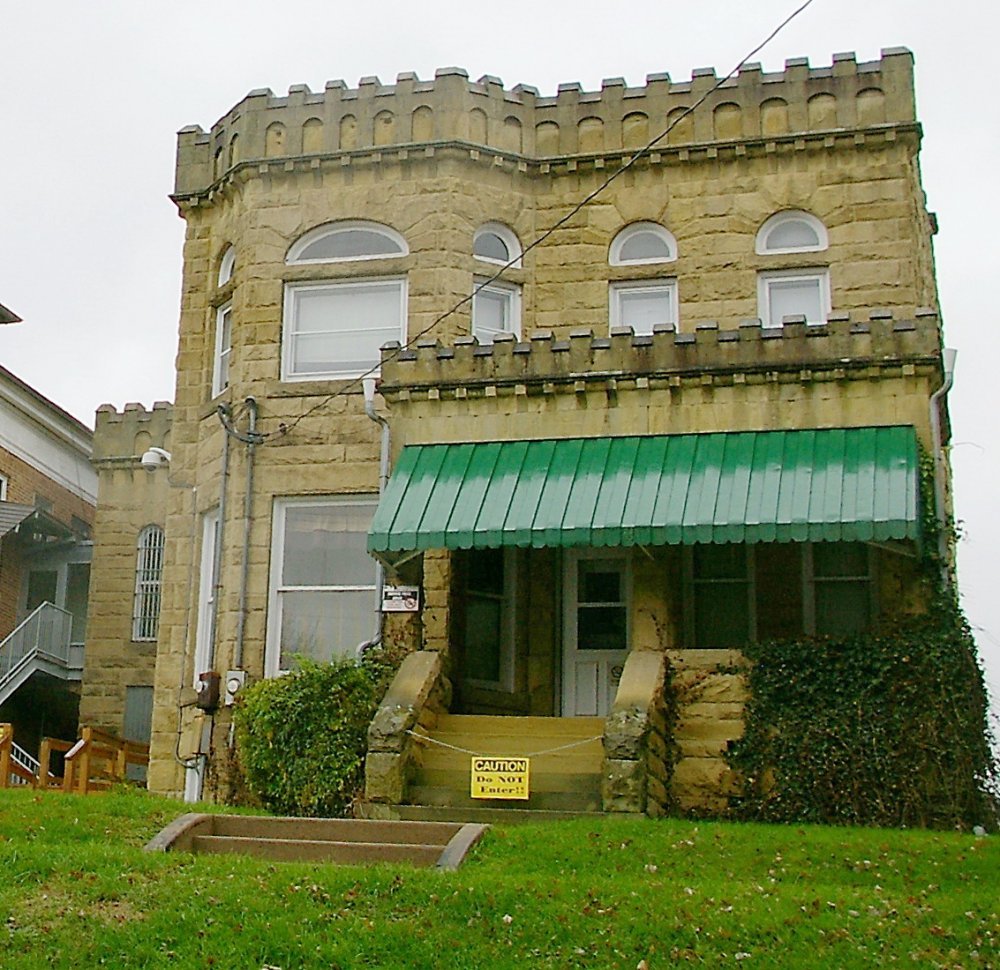 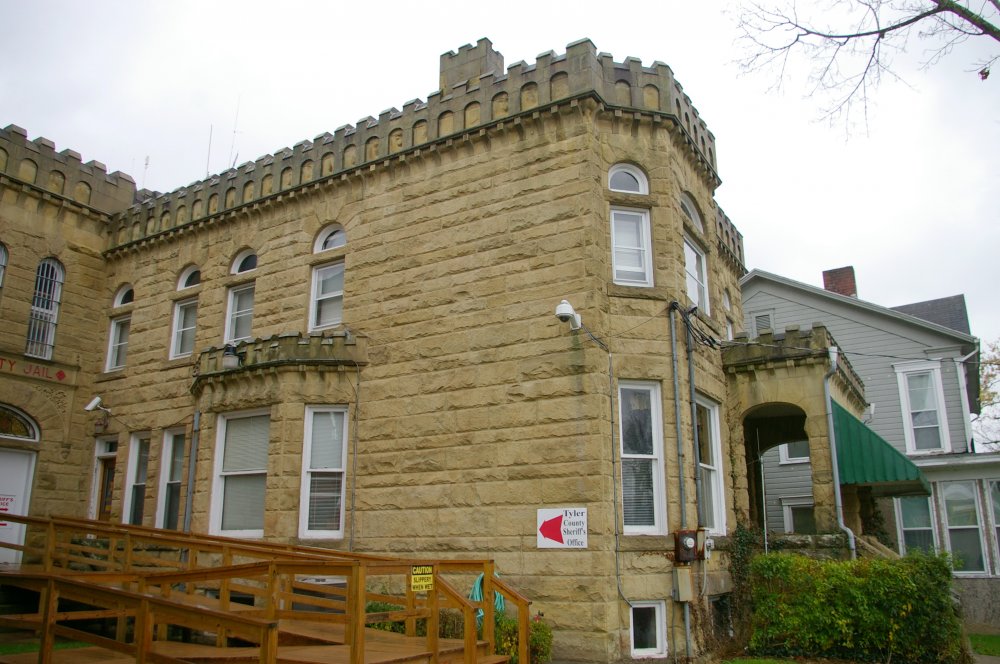