Tucker County is named for Henry St. George Tucker, who was a United States Congressman and a judge of the Virginia Supreme Court. 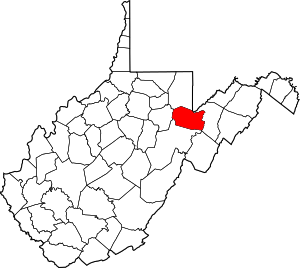 Description:  The building faces south and is a three story dark red colored brick, stone  and concrete structure. The building is located on landscaped grounds in the center of Parsons. The south front has a high central square red colored brick tower with clock and steep roof at the top. On the east side of the tower is a large stone arch with recessed entrance and behind it rises a round tower with conical roof. On the west side is a projecting two story section with the main building rising at a gabled roof. On the west side is the two story red colored brick Sheriff’s Residence. 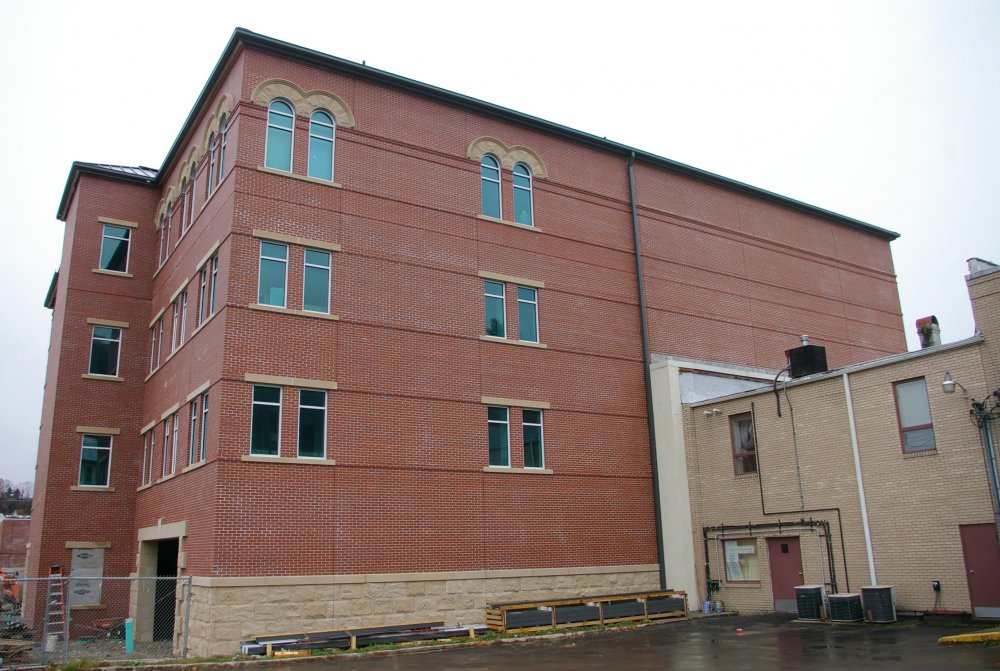 Description:  The building faces south and is a four story dark red colored brick, stone, glass and concrete structure. The building is located on landscaped grounds in the center of Parsons on the west side of the courthouse. The southeast section extends from the main building. Along the east side is a glass wall. The roof line is flat. The courtrooms are located on the second, third and fourth stories. The roof line is flat. The building houses the County Circuit Court of the 21st Judicial Circuit, County Magistrates Court and Family Court.