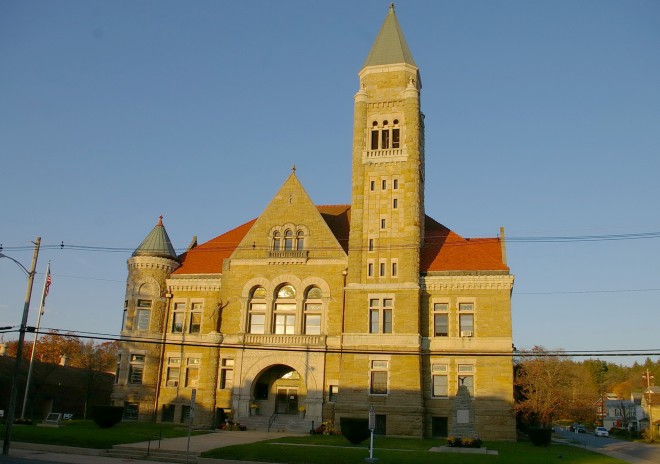 Randolph County is named for Edmund Jennings Randolph, who was a United States Attorney General and a Governor of Virginia.

Description:  The building faces southwest and is a three story stone and concrete structure. The building is located on landscaped grounds in the center of Elkins. Walls are backed with brick and faced in rock-faced stone with contrasting smooth and textured stone trim. The southwest front of the rectangular shaped building has a central entrance with large projecting arch and recessed doorway. Above on the second story are three large arched windows. An engaged buttress, rising to the level of the second floor left of entrance carries an above life-size classical style Figure holding aloft the scales of justice. On the south side of the entrance is a four story tower with opening near the top and a steep green colored roof. On the north side is a corner tower with steep conical roof. The red colored roof is hipped. The courtroom on the second story is octagonal and contains 300 seats. The bench is elevated two feet above the floor. On the northeast side is the old County Jail, on the northwest side is the County Courthouse Annex and on the southwest side is the County Judicial Annex. 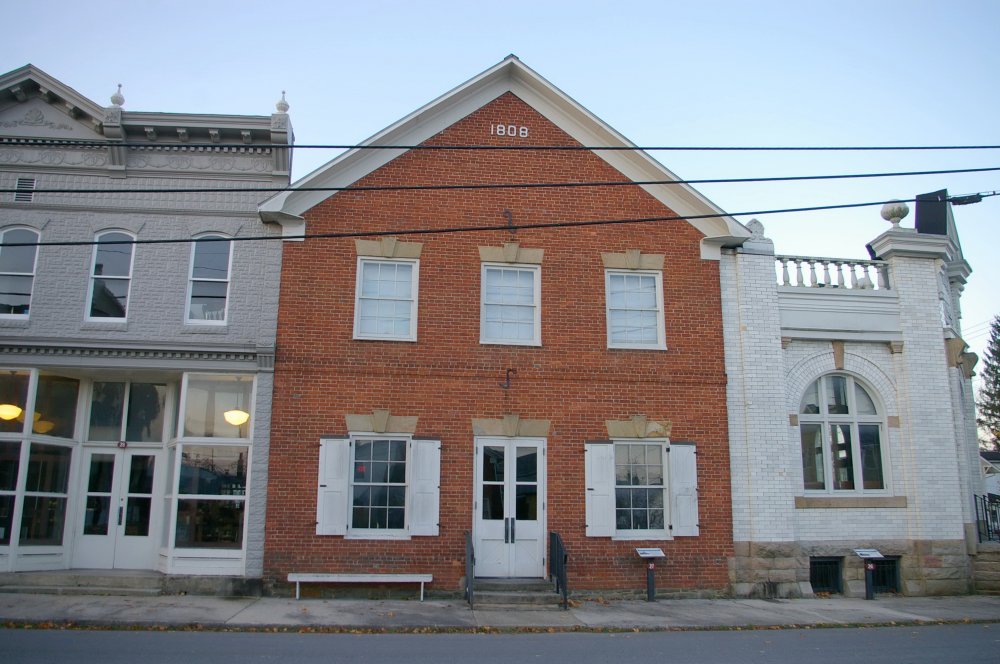 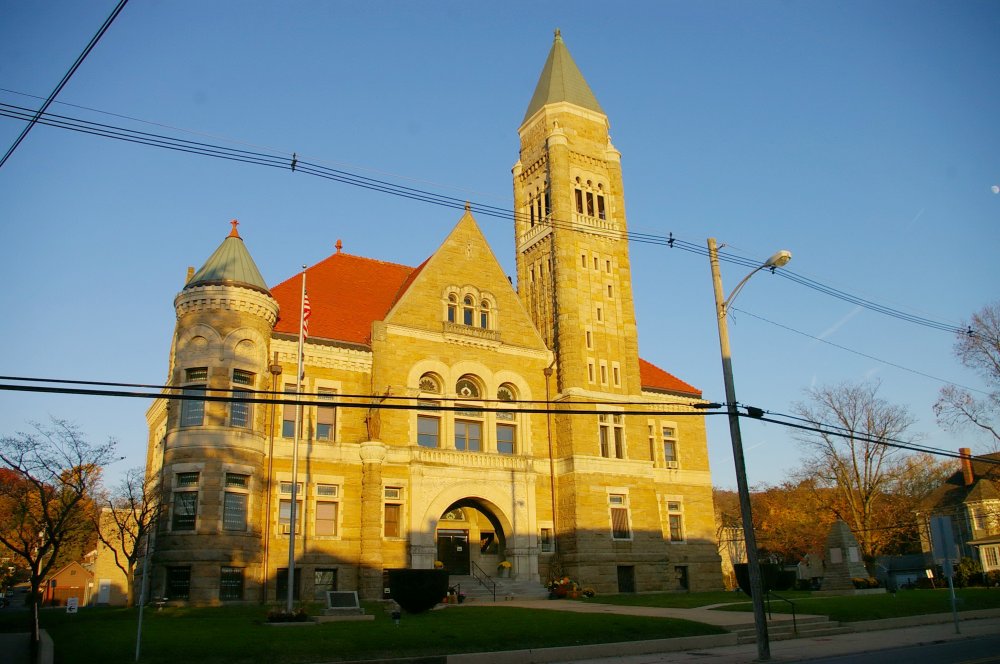 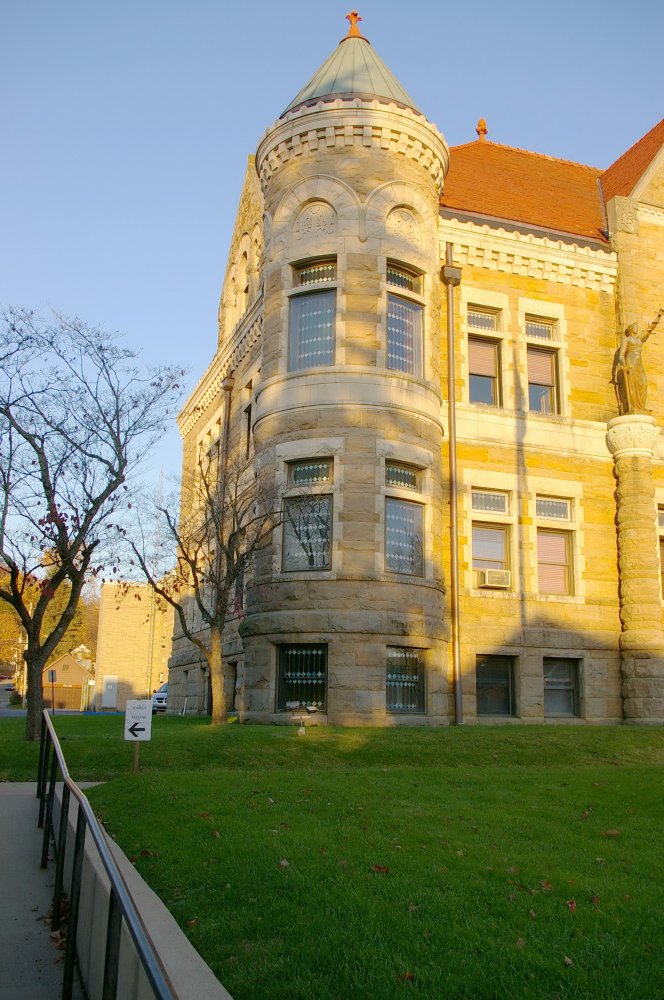 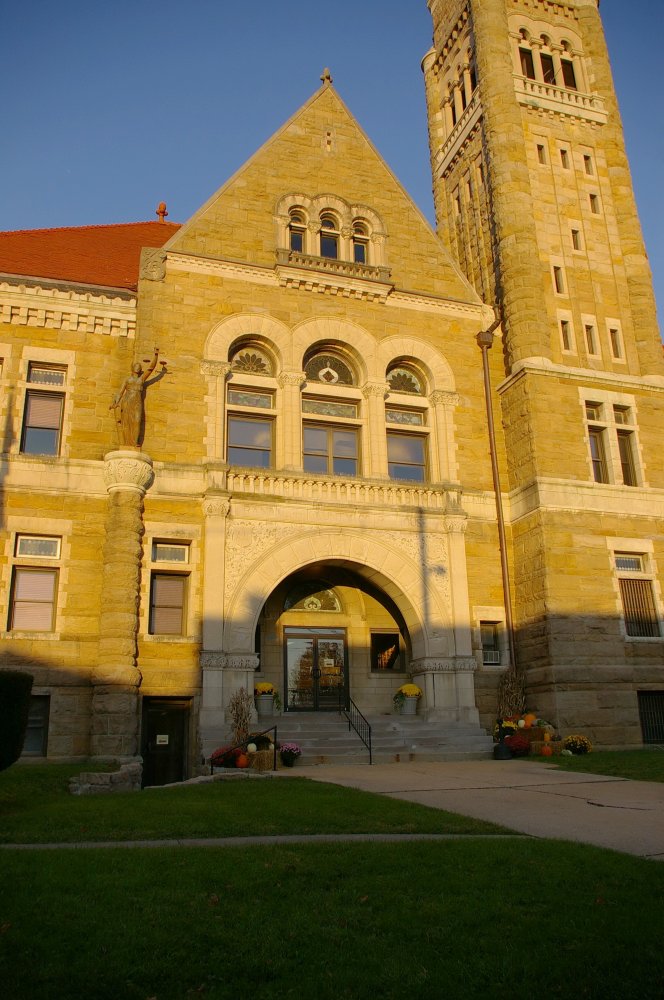 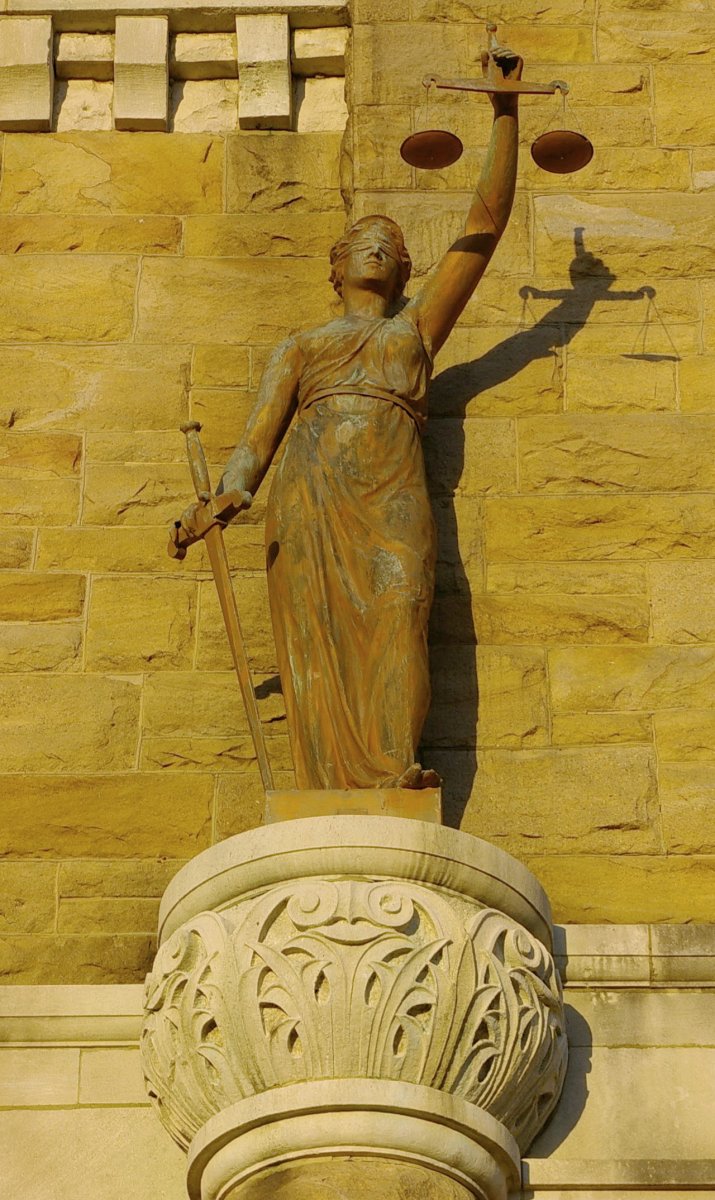 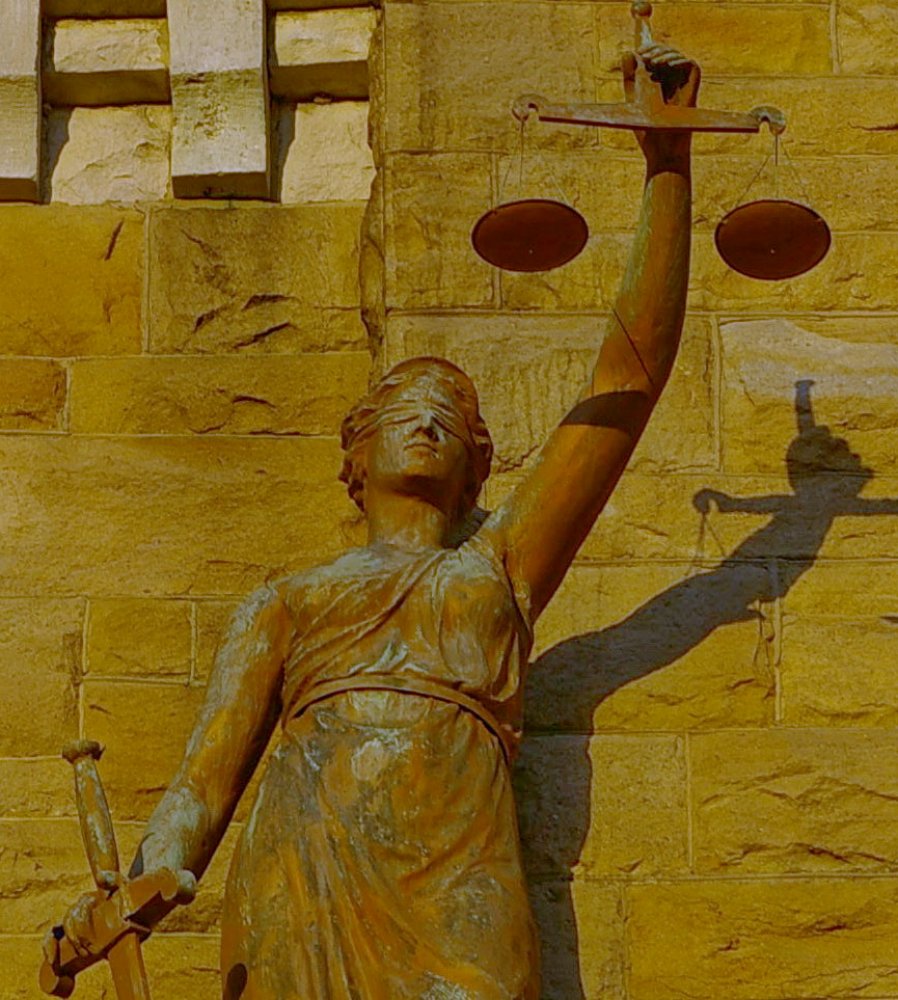 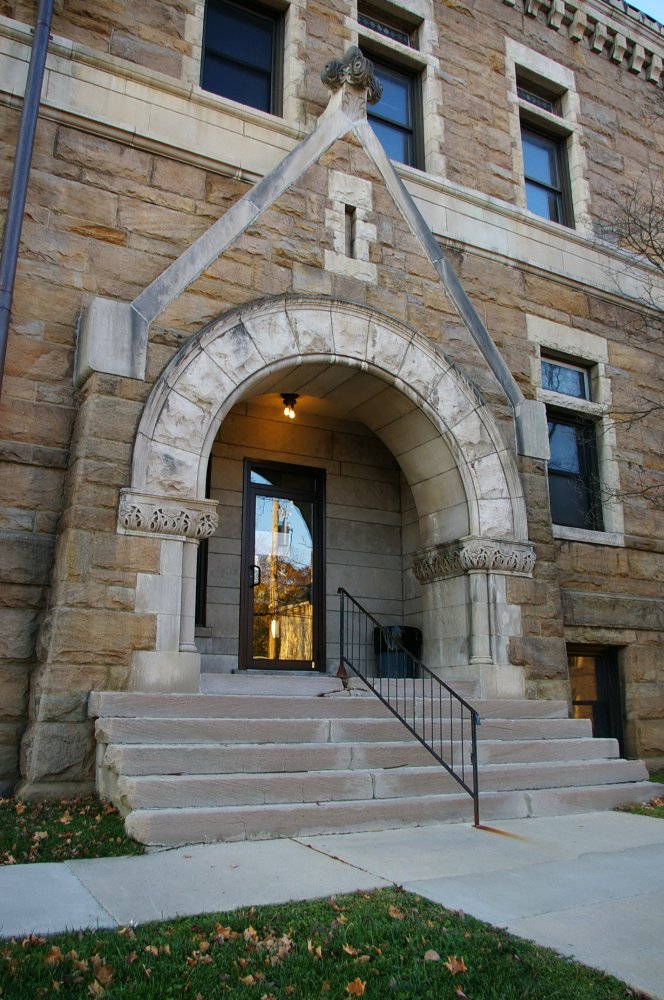 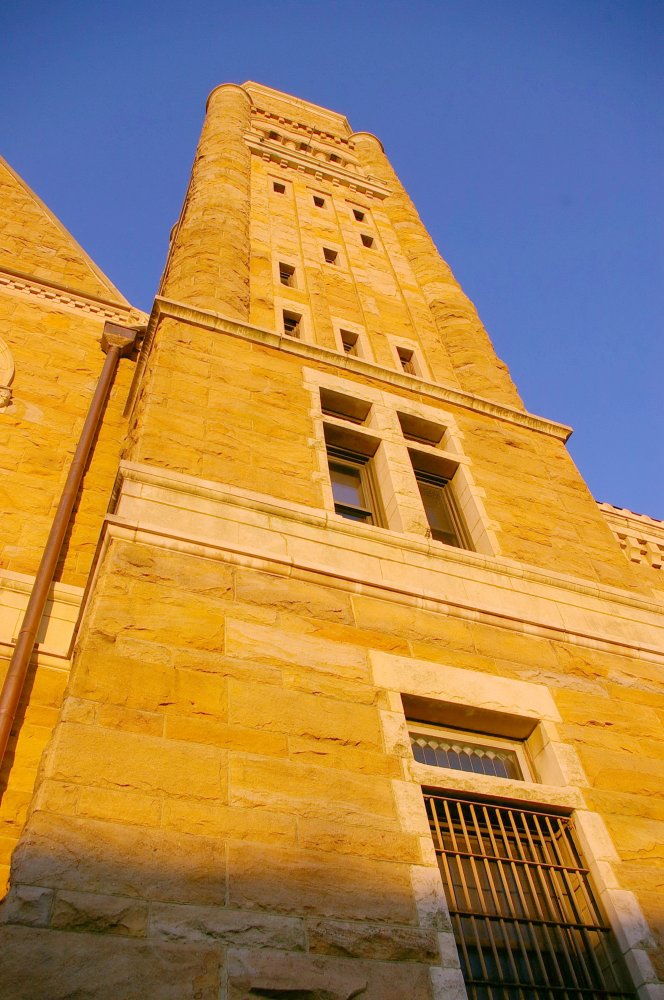 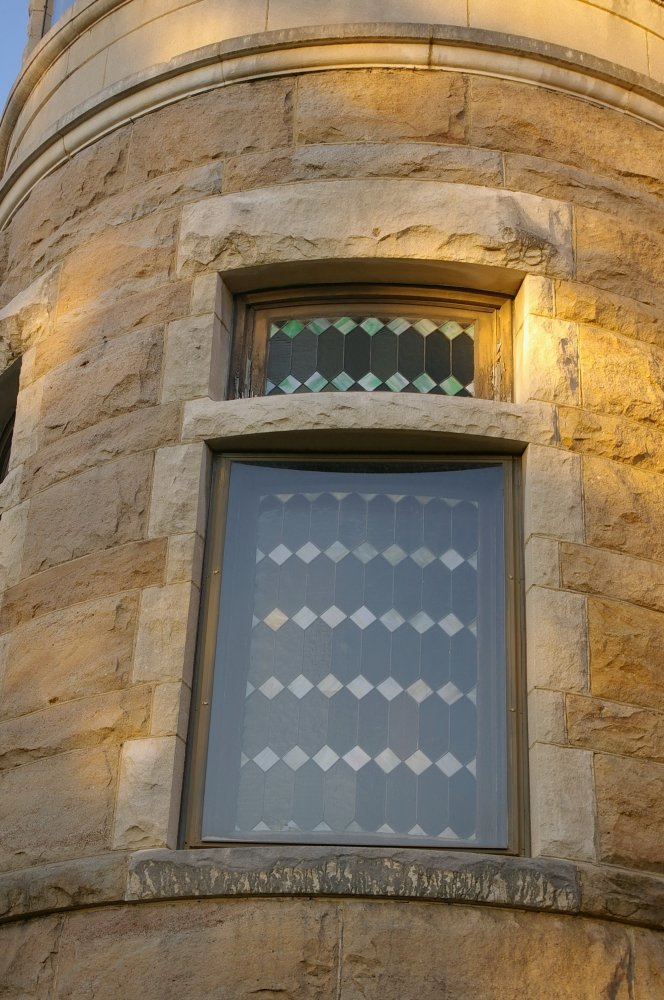