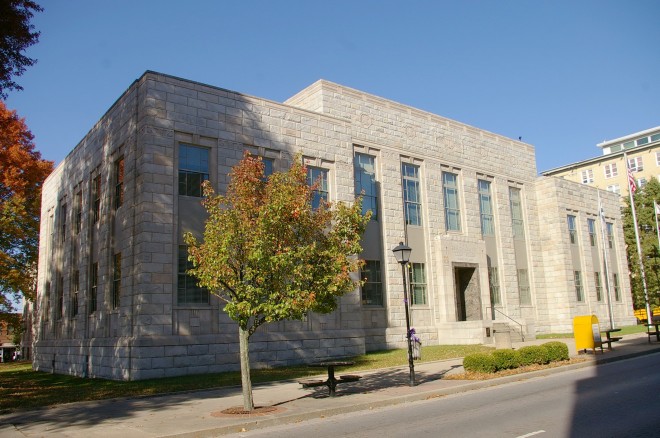 Raleigh County is named for Sir Walter Raleigh, who was an English explorer and poet.

Description:  The building faces south and is a two story stone and concrete structure. The building is located on landscaped grounds in the center of Beckley. The building was constructed of steel joists with an exterior of pink and natural color sandstone and is an “I” shape. The south front facade has three divisions, with a total of twelve bays. There is a recessed center section with central entrance framed with stone. The windows are vertical with panels between. The east and west wings are lower and extend from the main building. The roof line is flat. The building was a Federal Emergency Administration of Public Works. 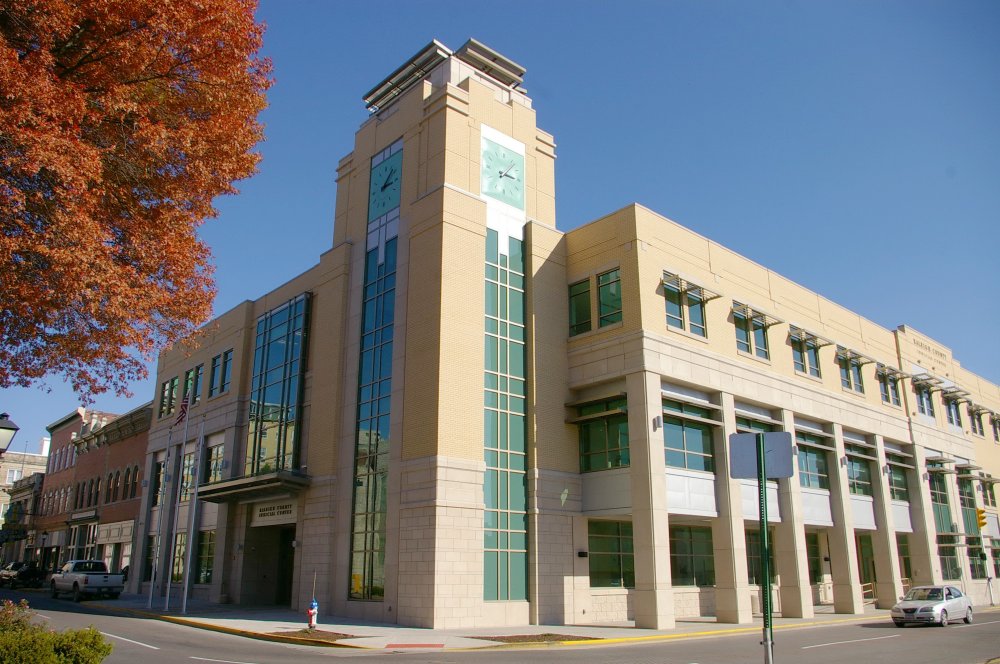 Description:  The building faces north and is a three story concrete and glass structure. The building is located in the center of Beckley to the south of the courthouse. The north front has a central entrance with glass panels above on the second and third stories. The northwest corner has a large square tower rising four stories with glass panels and clock at the top. Along the west side are concrete pillars dividing the windows and rising to the top of the second story. The first floor contains two courtrooms for the county’s five magistrates, the Magistrate Clerk’s Office, and a holding facility. Three family court judges have separate courtrooms and chambers on the second floor, which also houses the Circuit Clerk’s Office. A courtroom is reserved for mental hygiene hearings. The third floor features courtrooms and chambers for the county’s three circuit judges. The building houses the County Circuit Court of the 10th Judicial Circuit, County Magistrate Court and County Family Court.The architectural precast panels were completed by Lang Masonry Contractors. 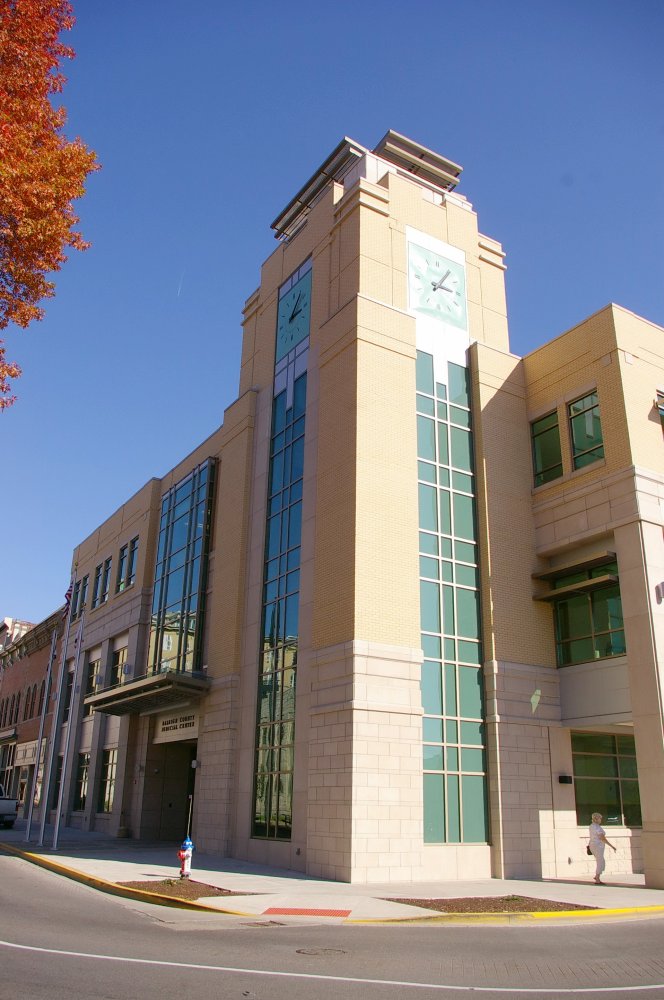