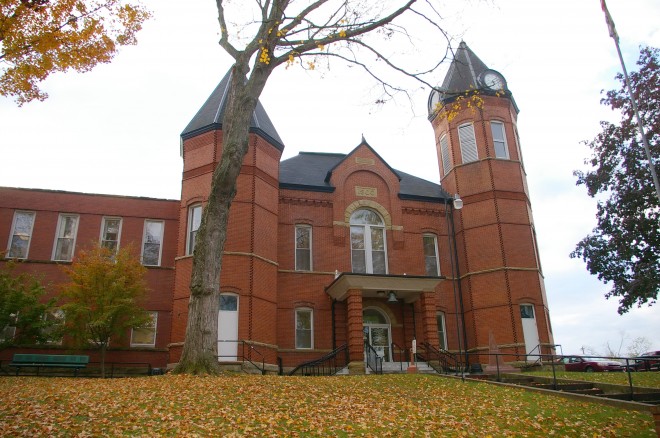 Putnam County is named for Israel Putnam, who was a general during the American Revolutionary War.

Description:  The building faces north and is a two story dark red colored brick and concrete structure. The building is located on spacious landscaped grounds on a hill overlooking Winfield to the north. The north front has a high octagonal northwest clock tower with steep roof. On the northeast is a lower octagonal tower with steep roof. The central entrance has a small porch with bell. On the second story is a double French door with fanlight above. The roof is hipped. Extending east is a long two story addition. In the interior, the first story has an axial T-shaped corridor runs the depth of the building. In each of the two front towers are spiral staircases. The second story had a large courtroom. In 1953, the Record Room was added. In 1963, the first addition was constructed. The architect was R L Wilson – J D King of St. Albans and the contractor was Bowers & Chilton Inc. of South Charleston. In 1974, a further addition was constructed. The architect was Zando, Martin and Hillstead Inc. and the contractor was G & R Construction. Further work was completed in 1998. The architect was Silling Associates, Inc. and the contractor was Hayslett Construction Company, Inc.

Note:  The land for the first courthouse and subsequent courthouses was purchased from Charles and Elizabeth Brown on June 20, 1848. 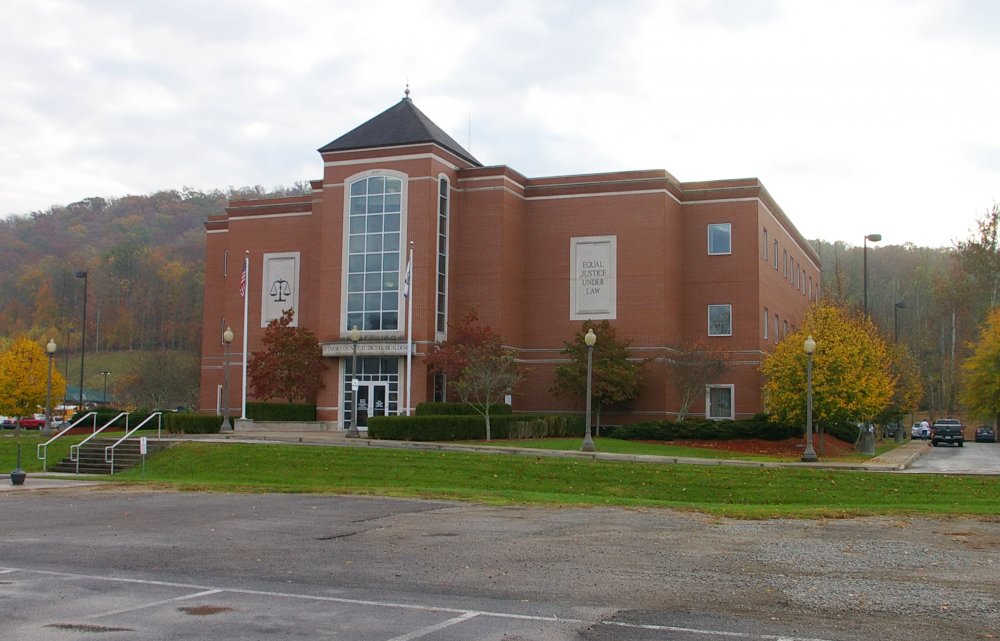 Description:  The building faces north and is a three story dark red colored brick, concrete and glass structure. The building is located on spacious landscaped grounds in the center of Winfield on the south side of the courthouse. The north front has a projecting central tower with the entrance on the first story and a large glass window extending from the second story to the top of the third story. There are glass windows on the east and west sides of the tower and a steep roof at the top. The building is tiered and has a flat roof line. The building houses the County Circuit Court of the 29th Judicial Circuit, County Magistrate Court and County Family Court.

History:  The county was created in 1848 and Winfield was selected as the county seat. The first courthouse was a brick structure built by John Trudgram and T J Anderson at a cost of $4,000 in 1848. The courthouse collapsed in a windstorm on September 6, 1899. The second and present courthouse was constructed in 1900 to 1901 at a cost of $14,713. 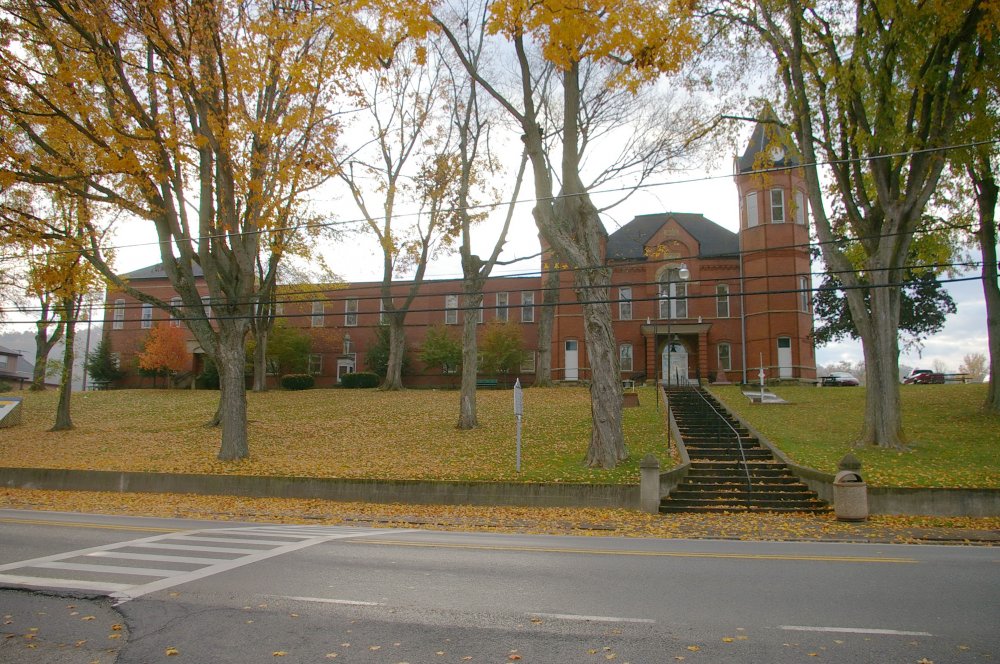 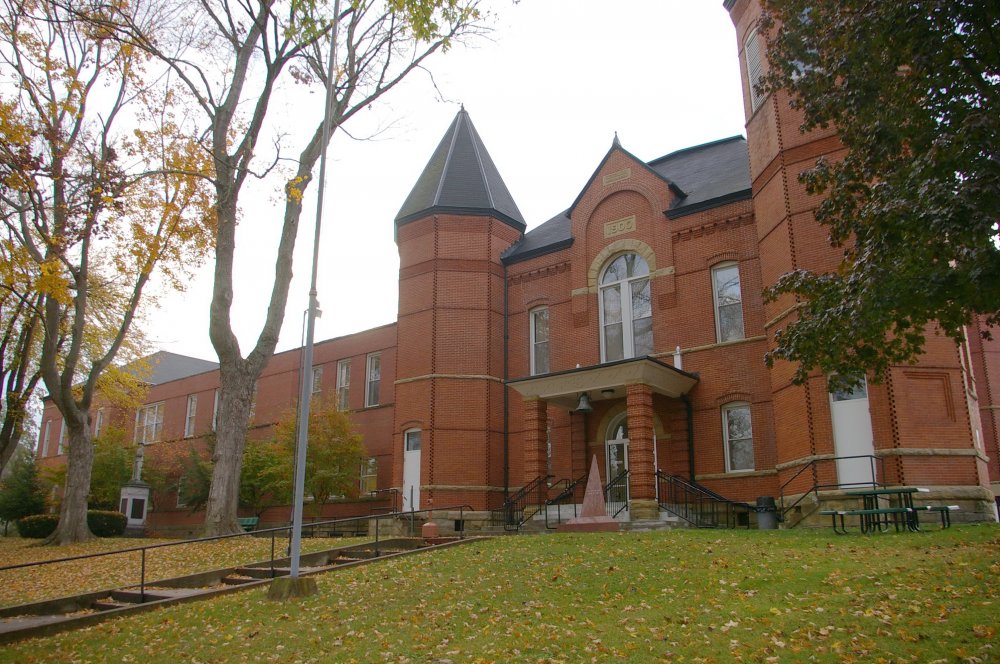 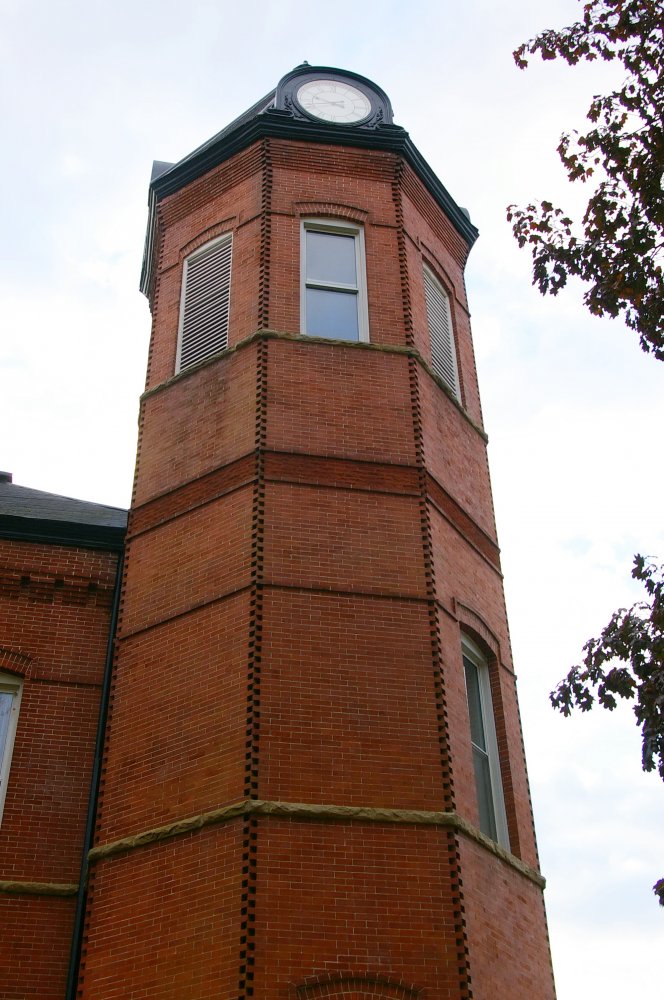 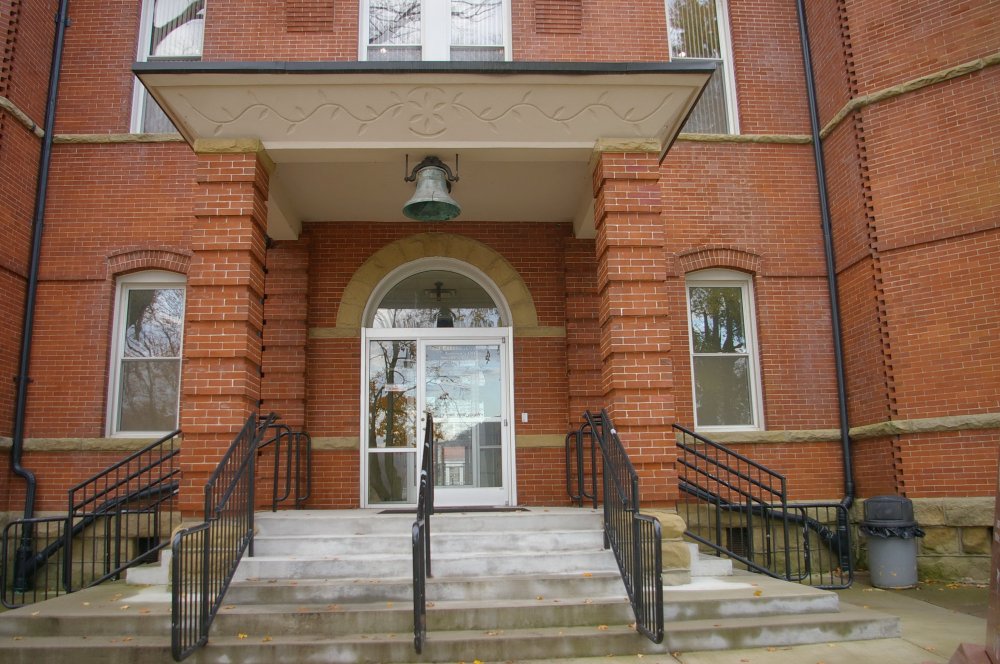 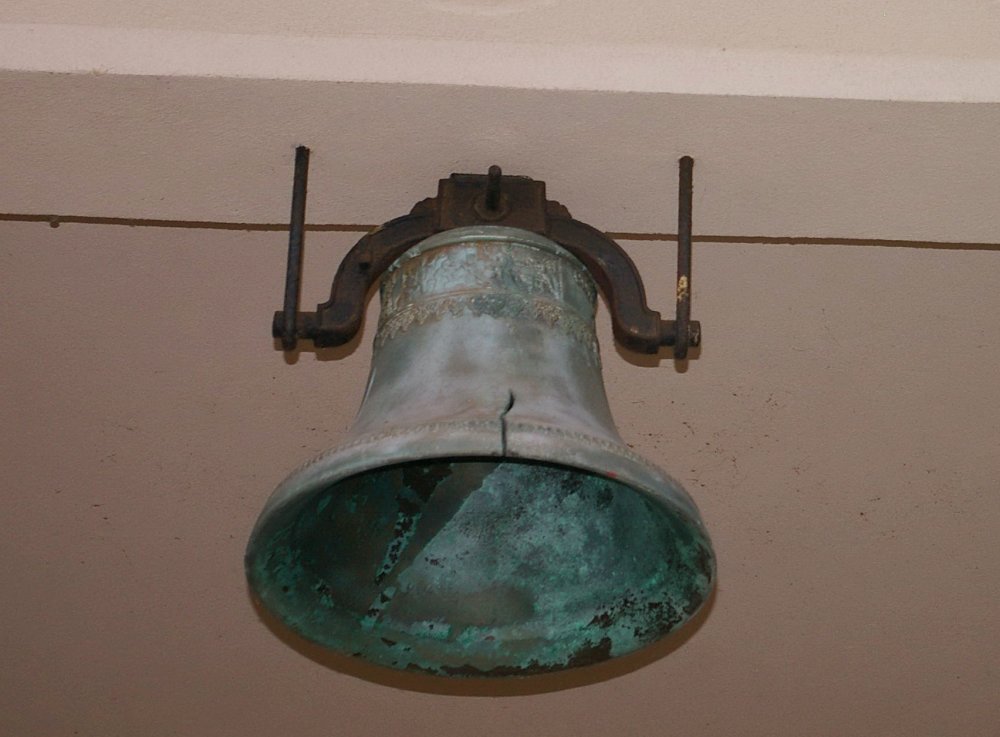 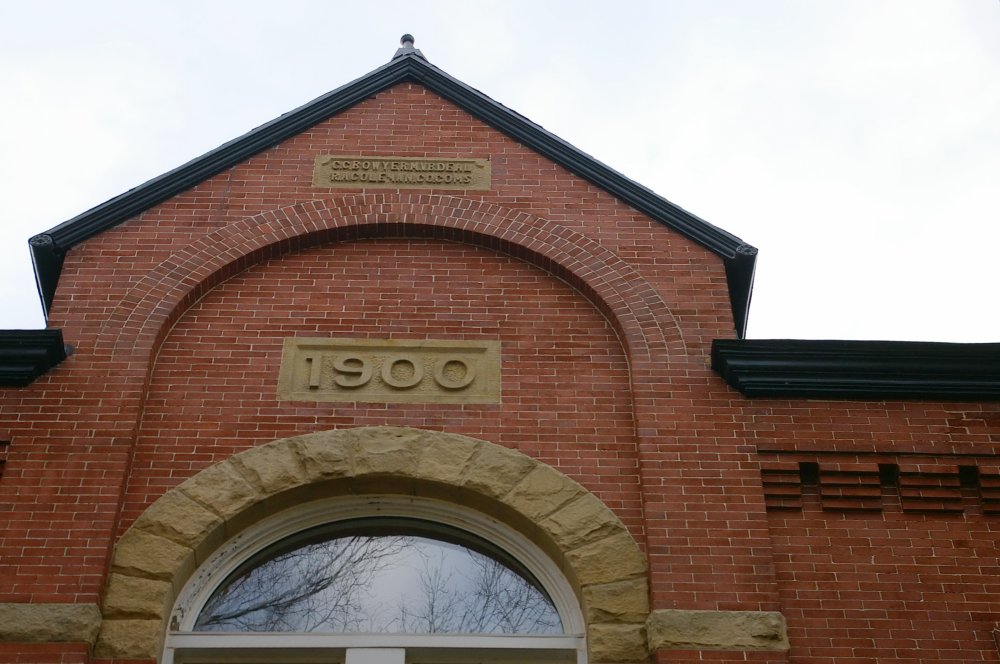 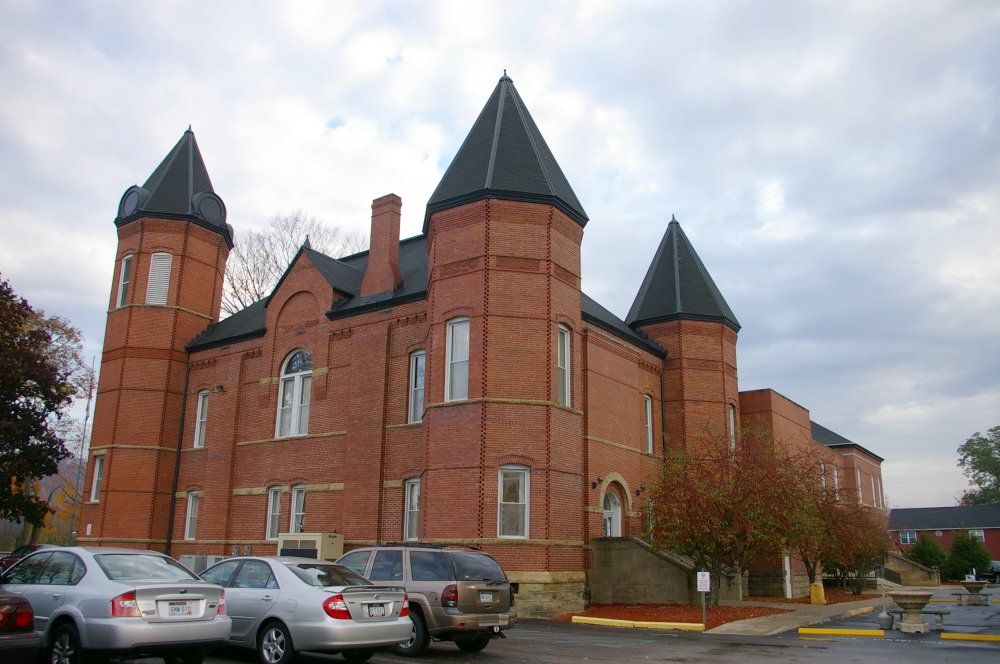 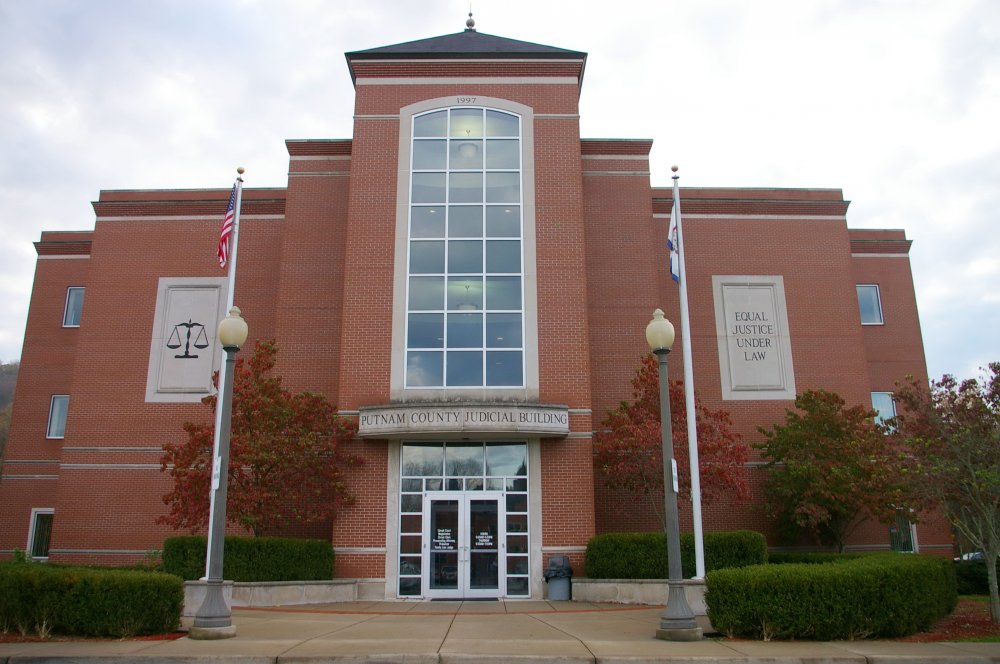 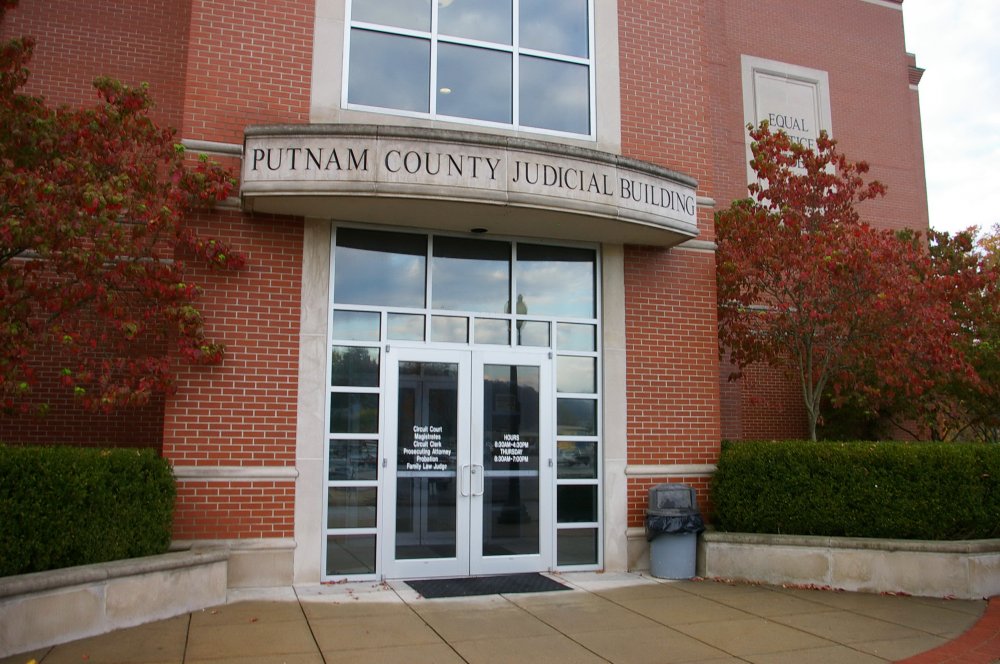 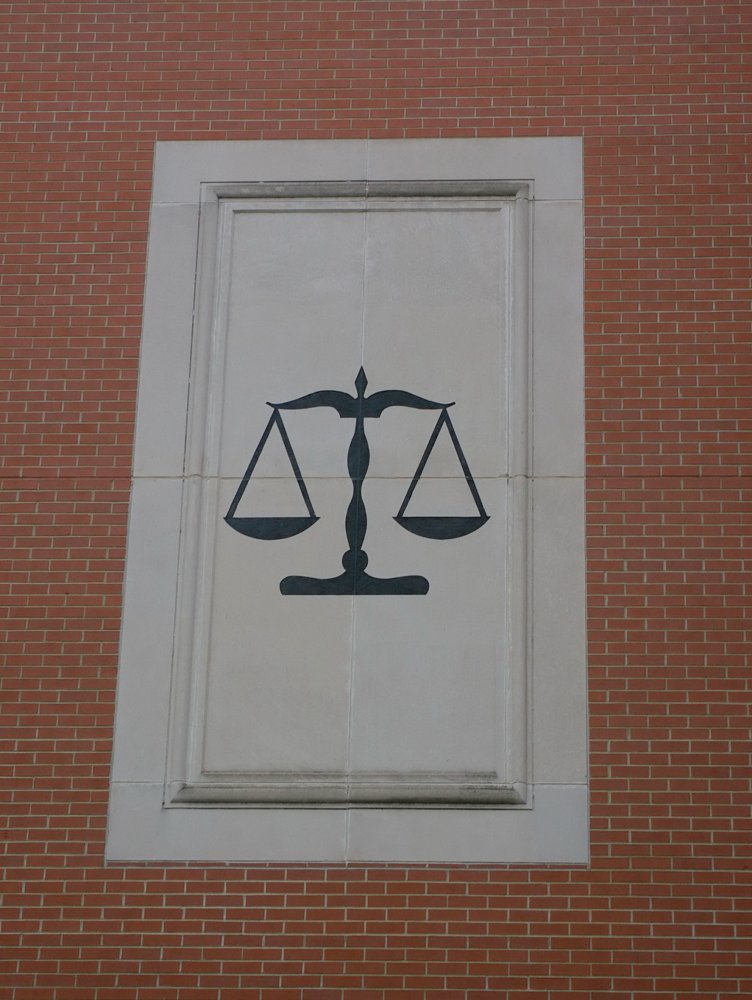 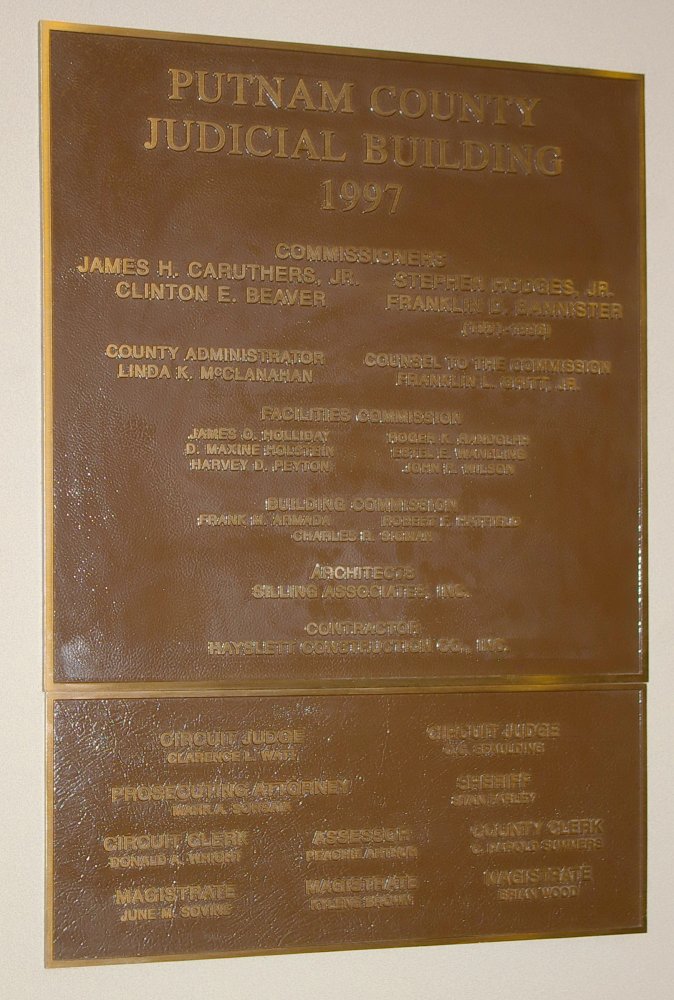