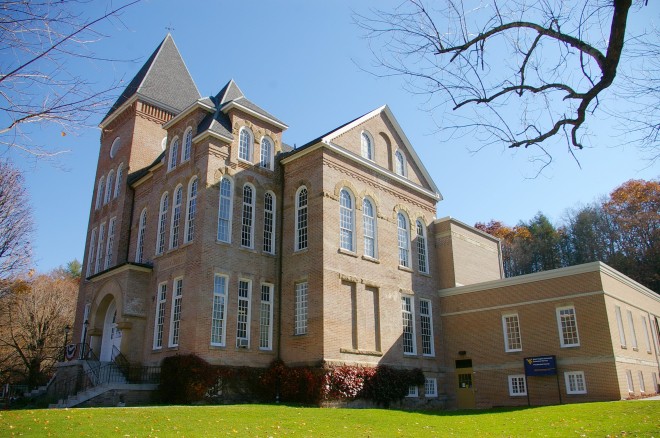 Pocahontas County is named for Pocahontas, who was an Indian Princess and the daughter of Powhatan the  chief of the Atlantic Native American tribe.

Description:  The building faces northwest and is a two story red colored brick structure. The building is located on landscaped grounds to the southeast of the center of Marlinton. The northwest front has a projecting arch at the central entrance. On the north side is a three story red colored brick tower with steep roof. The dormer in the short tower projects from the plane of the facade and is supported by corbeled brick brackets on the ends. The second and third story windows are arched. At the first story entrance, the arch and entablature are supported by squat doric columns of stone. Above the entrance door is a large round-headed fanlight with spoked, segmented panes. The north and south wings project from the main building and rise to a gabled roof. The interior of the first floor of the courthouse consists of a central cross shaped corridor with stairs to the second floor in the intersection of the cross. There are vertical board hardwood wainscoting in all rooms. The major feature on the interior is the hardwood stair and balustrade in the main staircase. The newel posts are square with chamfered edges between the base and the top rail section. They have applied round bullseye ornaments in the panels. The courtroom takes up the majority of the second story filling the northeastern portion of the building. The seats are bent wood seats and backs with shared wood arms. The ends of each row have decoratively painted panels. The building houses the County Circuit Court of the 11th Judicial Circuit, County Magistrates Court and Family Court. The stone mason was Albert Gunther. On the southeast side is a new two story buff colored brick and concrete addition constructed in 1976 which wraps around the southeast section of the courthouse. On the southeast behind the courthouse is the County Jail. 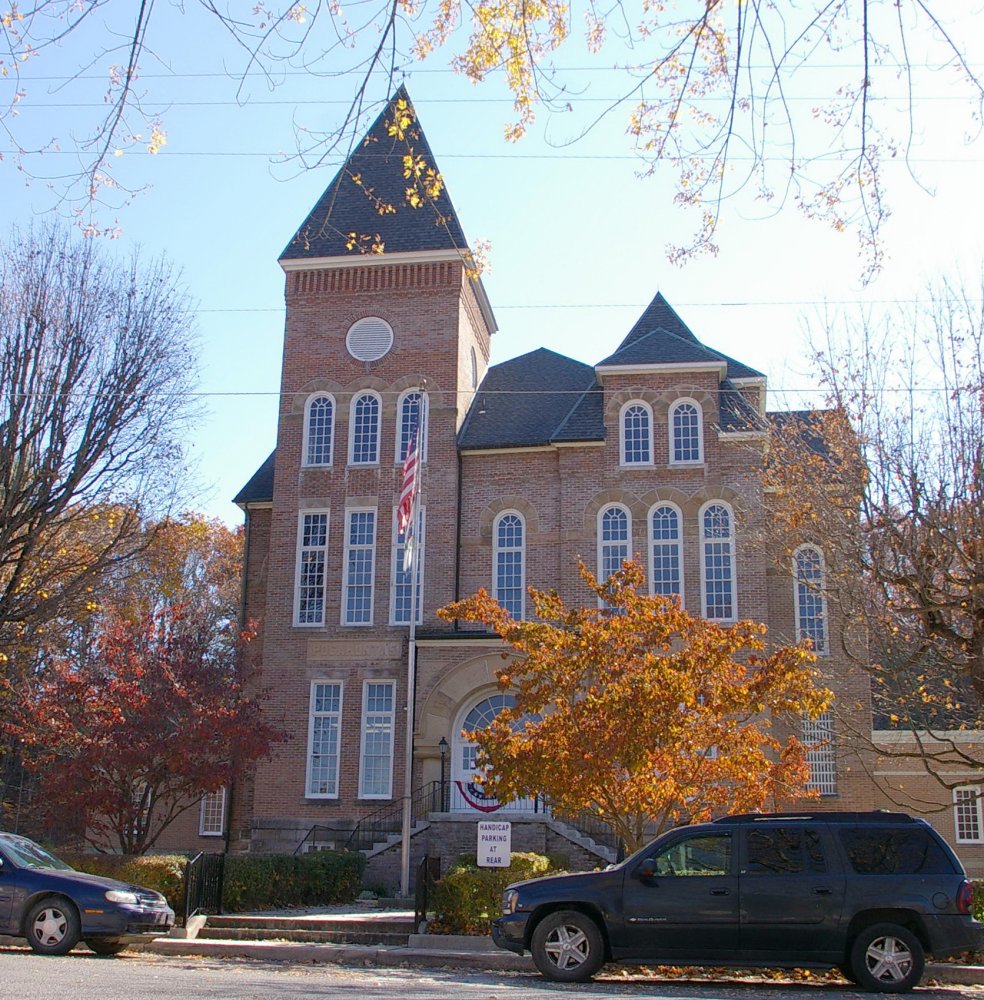 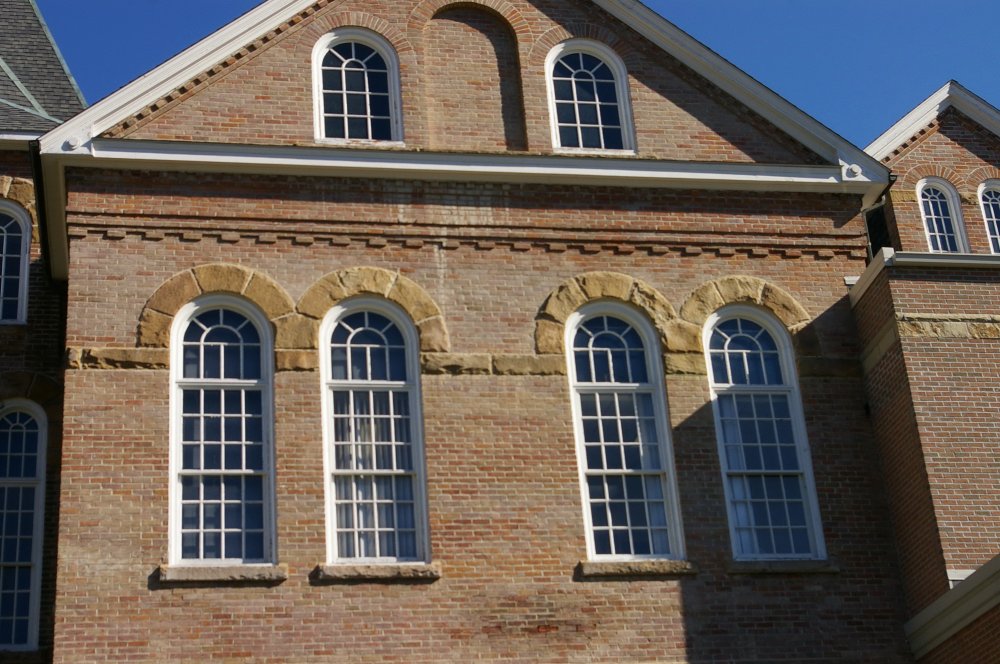 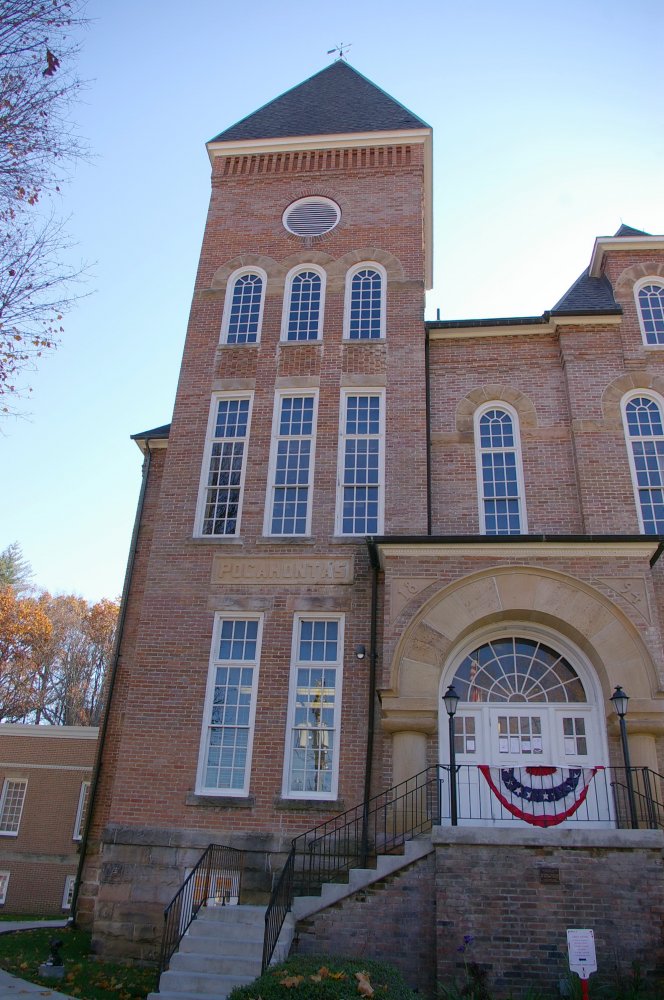 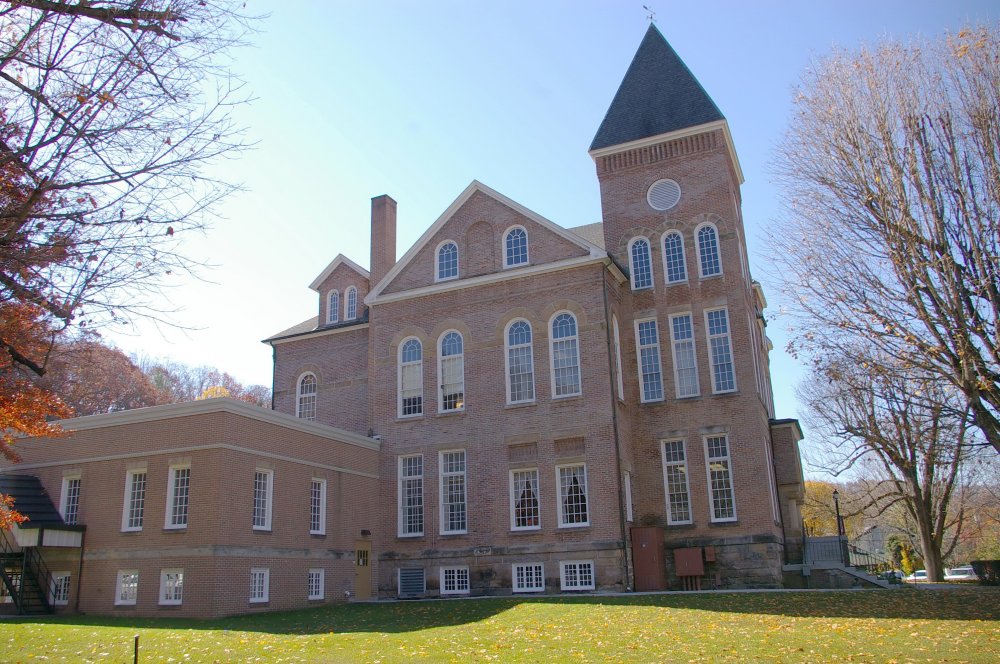 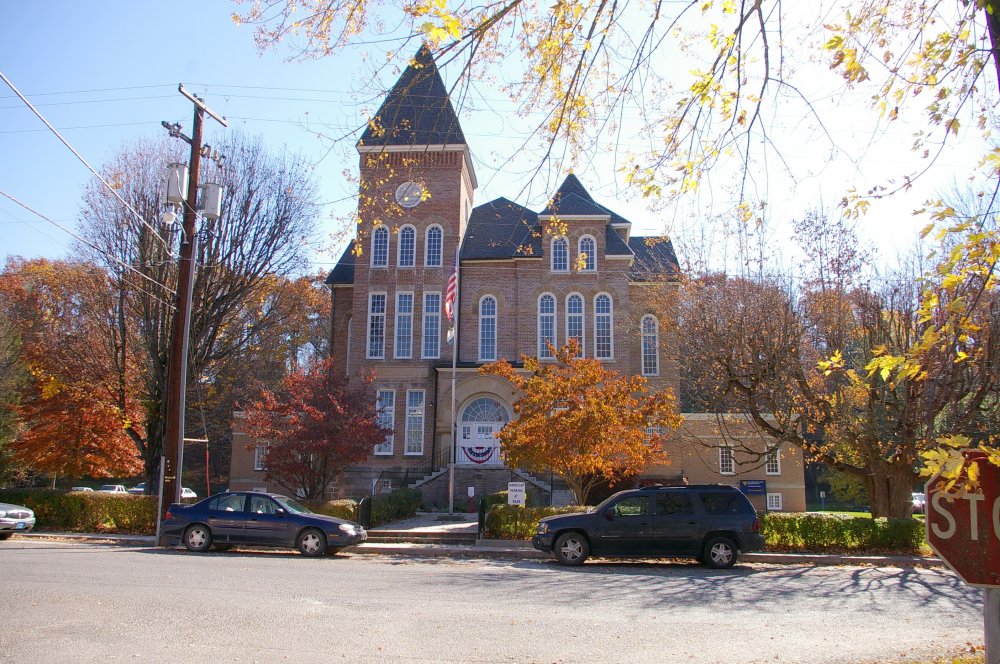 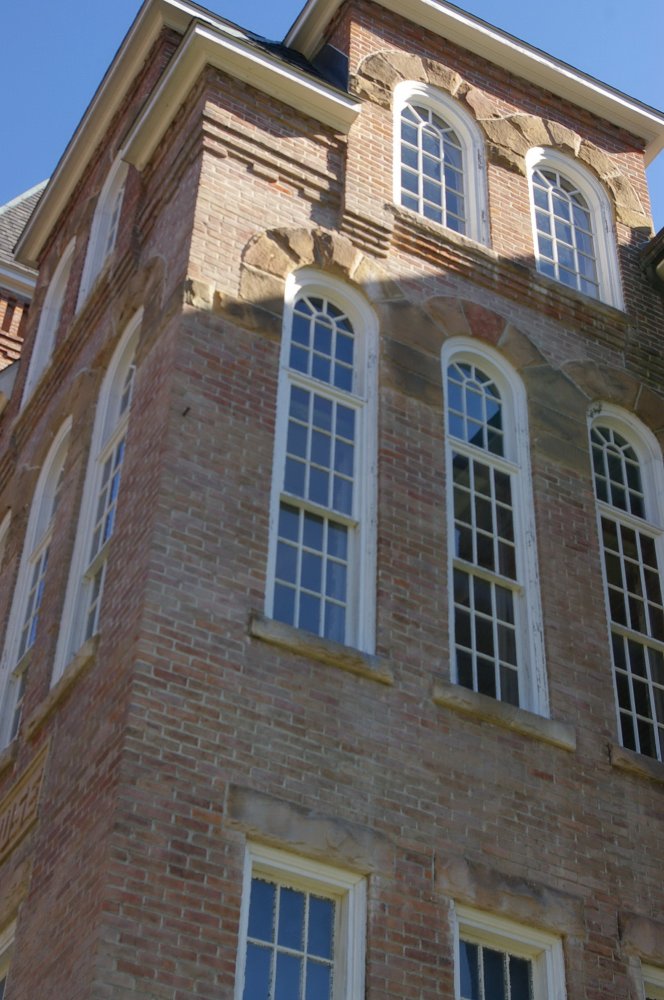 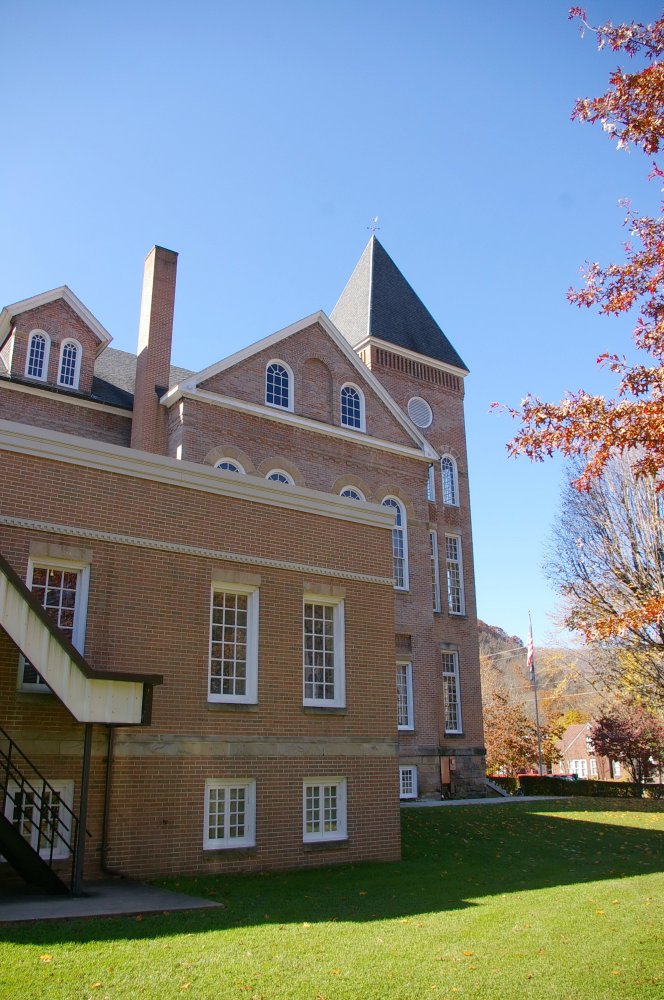 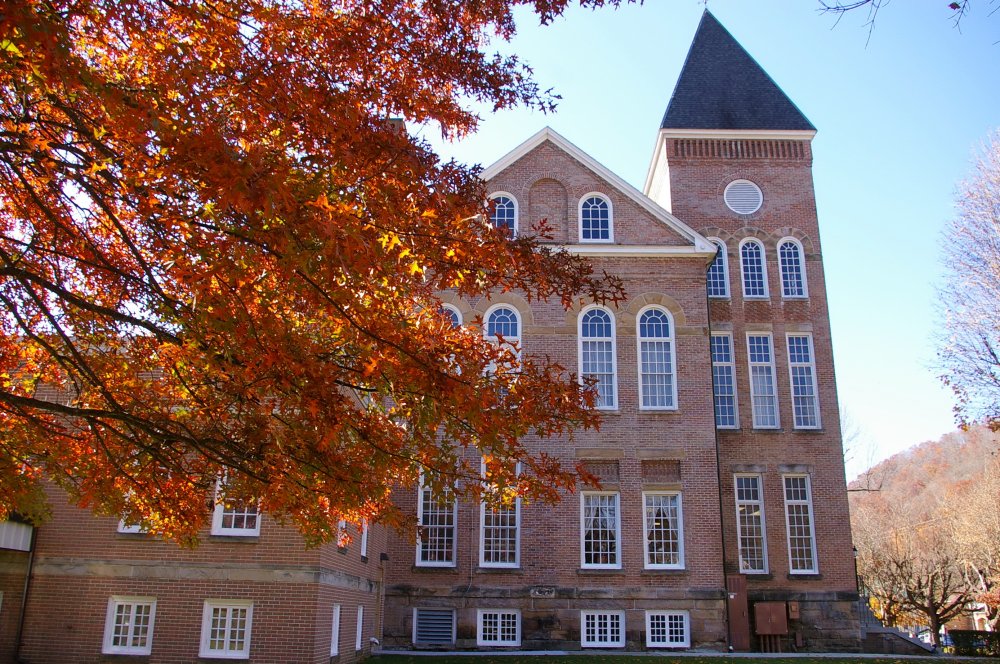 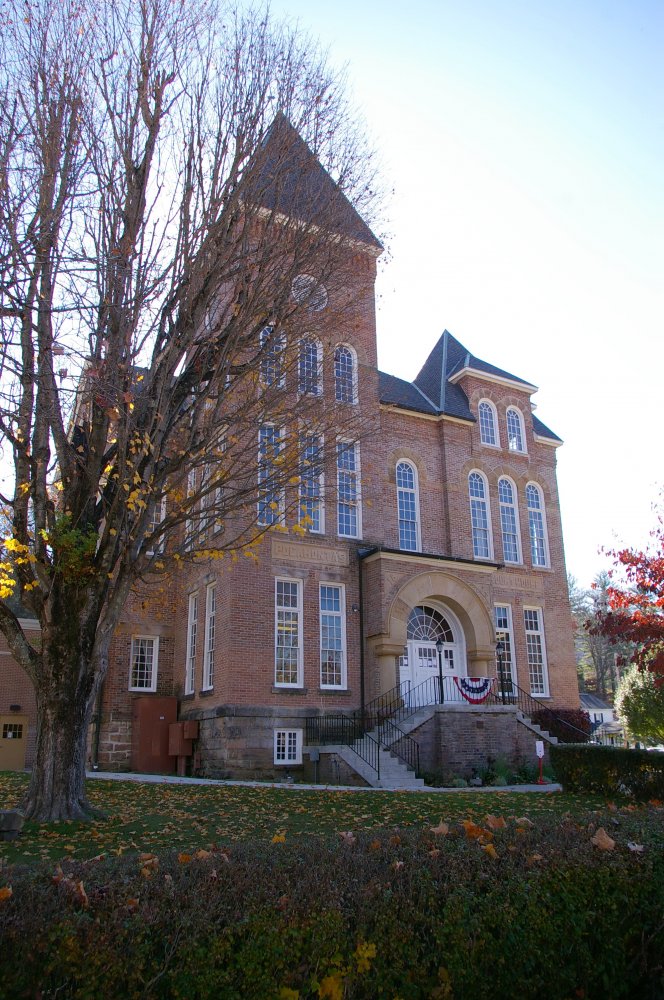 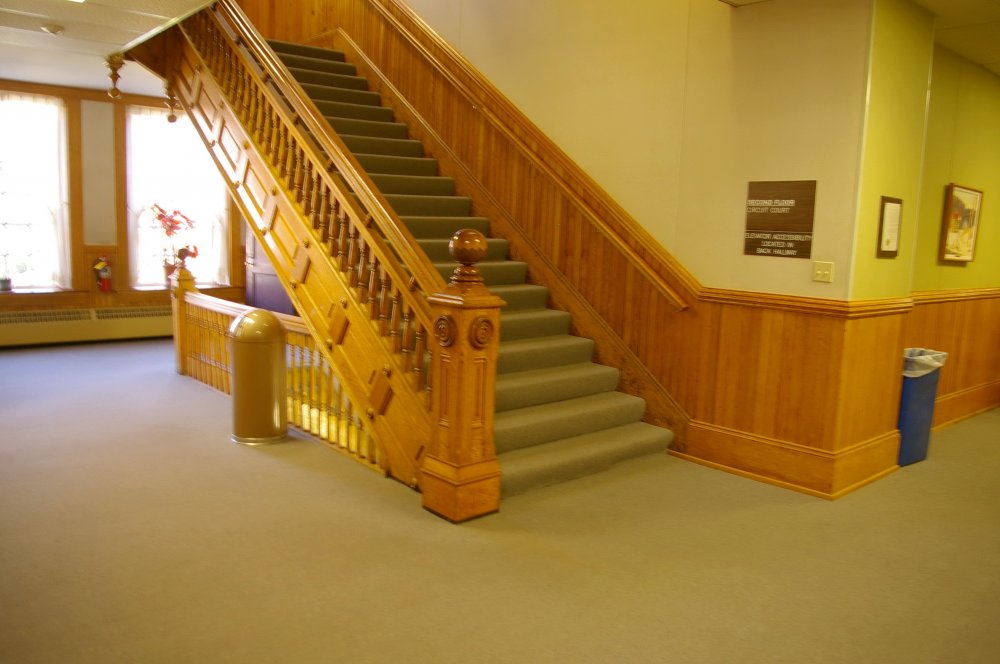