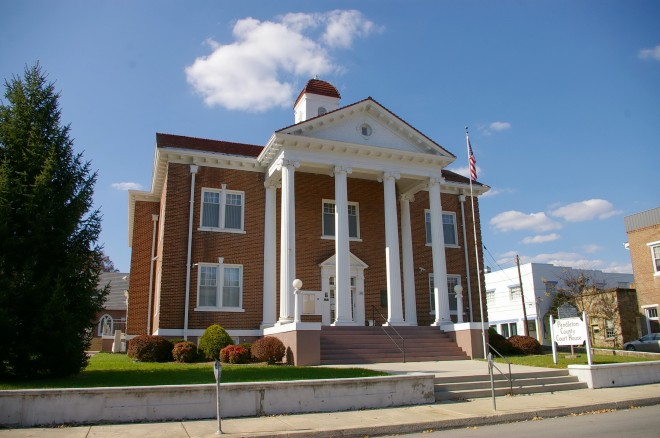 Pendleton County is named for Edmund Pendleton, who was a member of the first Continental Congress. 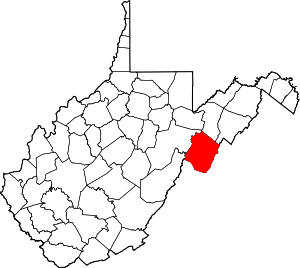 Description:  The building faces east and is a two story red colored brick and concrete structure. The building is located on landscaped grounds in the center of Franklin. The east front has a large portico with four tall white colored columns rising to a pediment at the roof line. The entrance on the first story is framed with small pediment above. On the center of the roof is a high square white colored cupola with red colored roof. Filigreed brackets are used for trim around the roof. On the north side is an entrance with six columns rising to a header at the roof line. The roof is hipped. In the interior, the courtroom is located on the second story. The building houses the County Circuit Court of the 22nd Judicial Circuit, County Magistrate Court and County Family Court. The building was renovated in 1995.

Note:  The Commission Minutes do not show that an architect was hired and it is presumed that the contractor used the existing plans to construct the fourth courthouse. 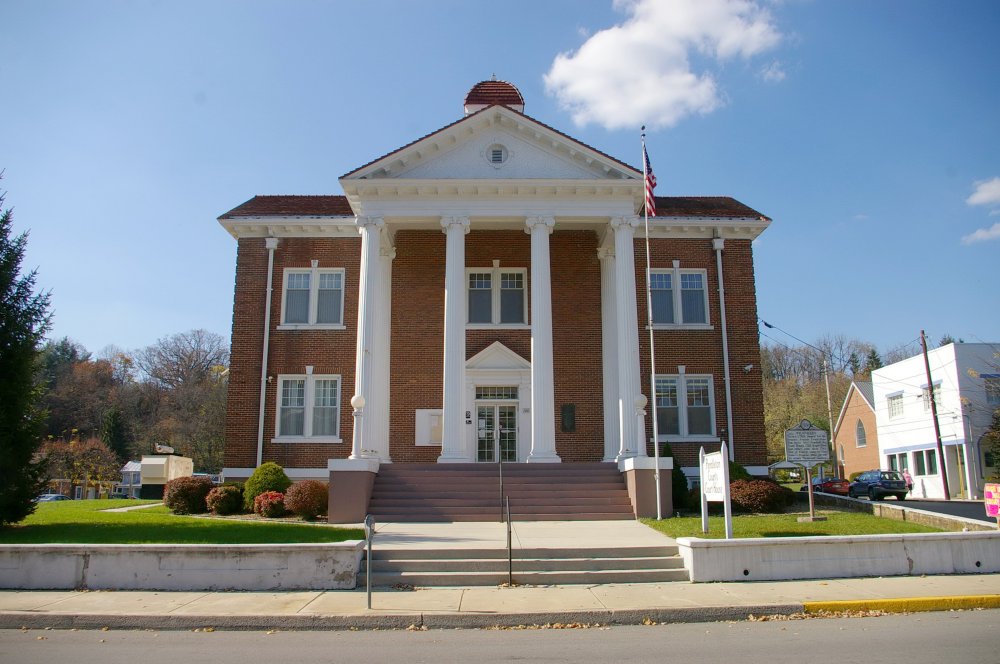 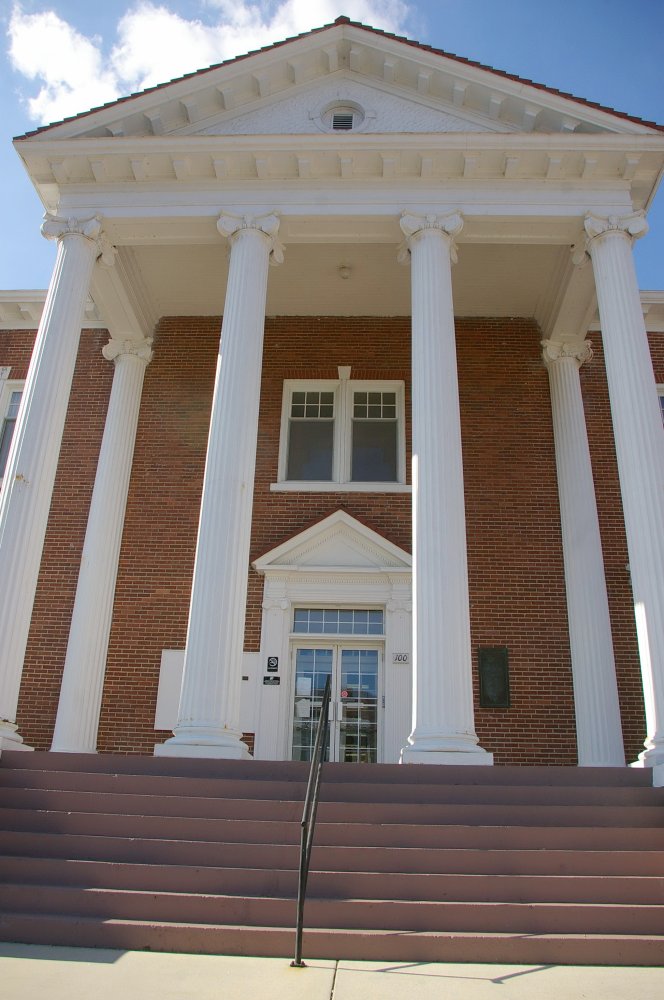 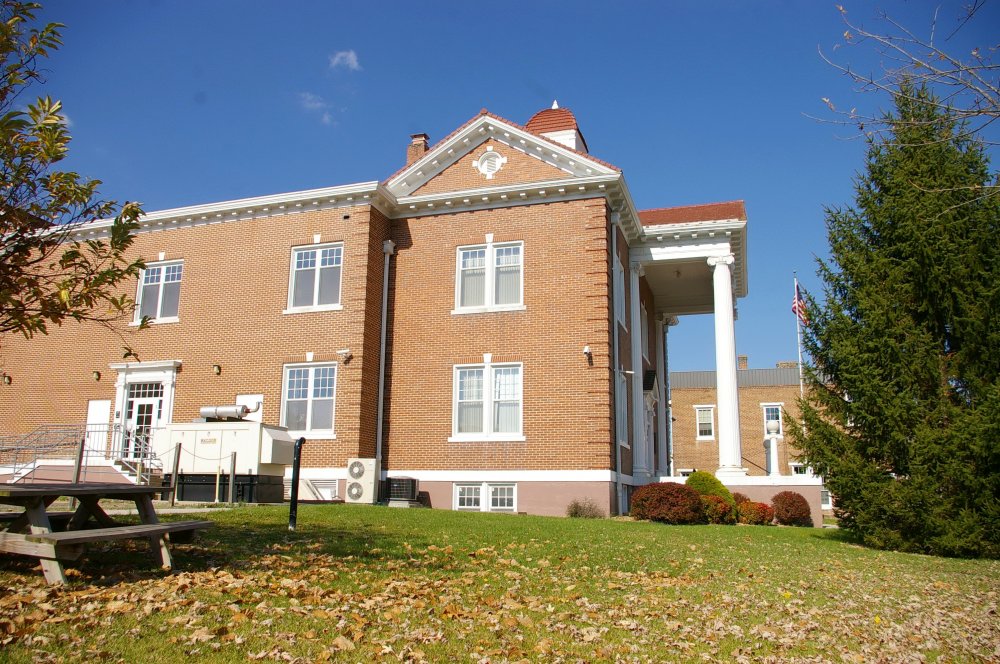 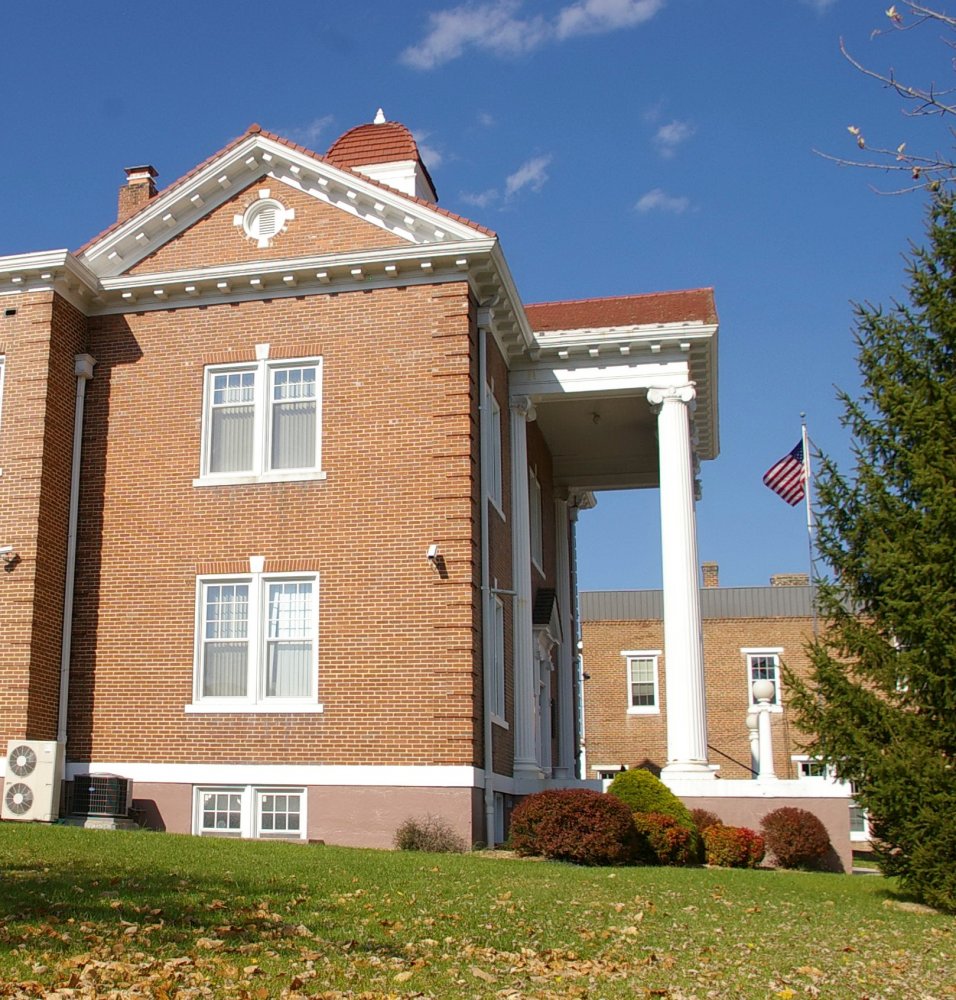 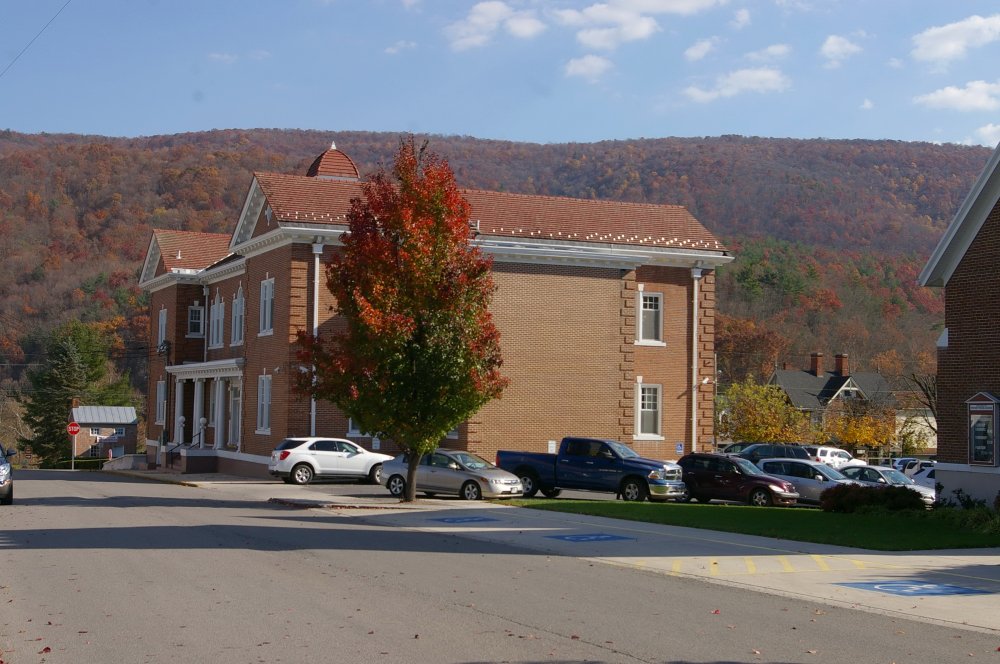 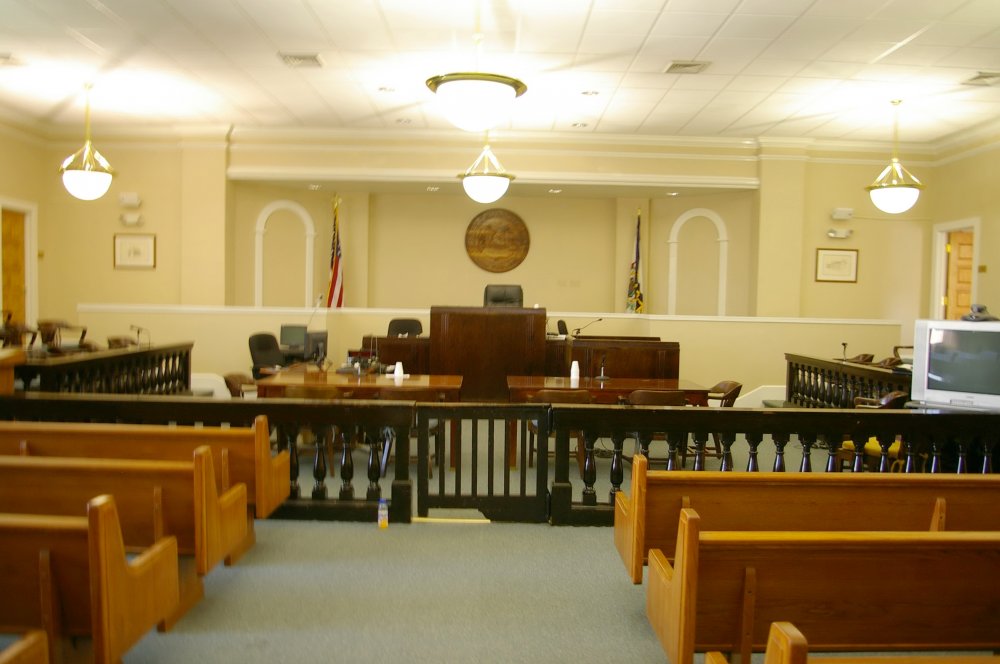 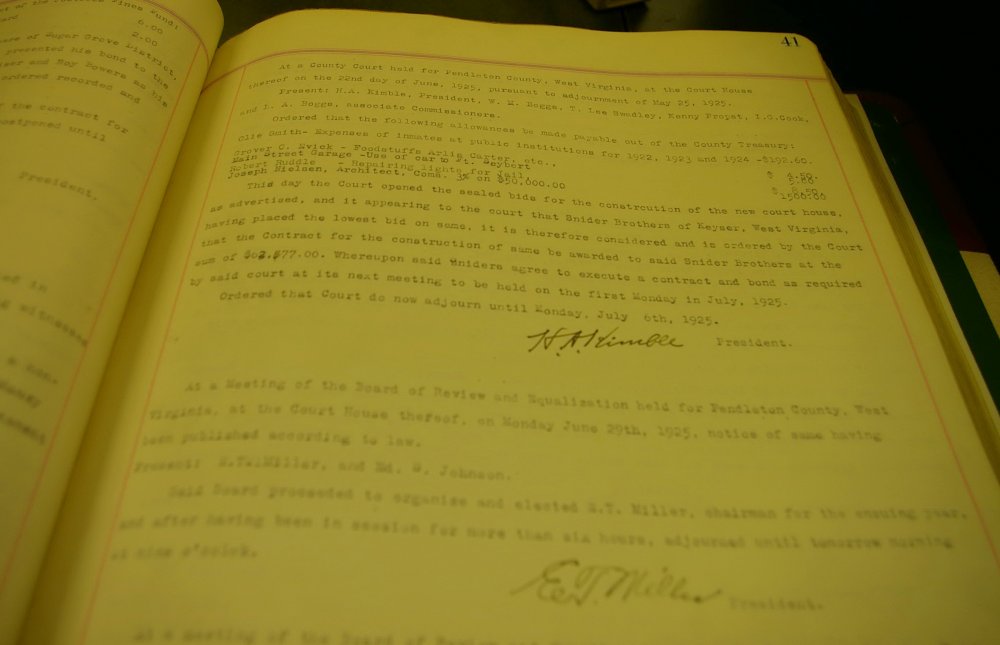 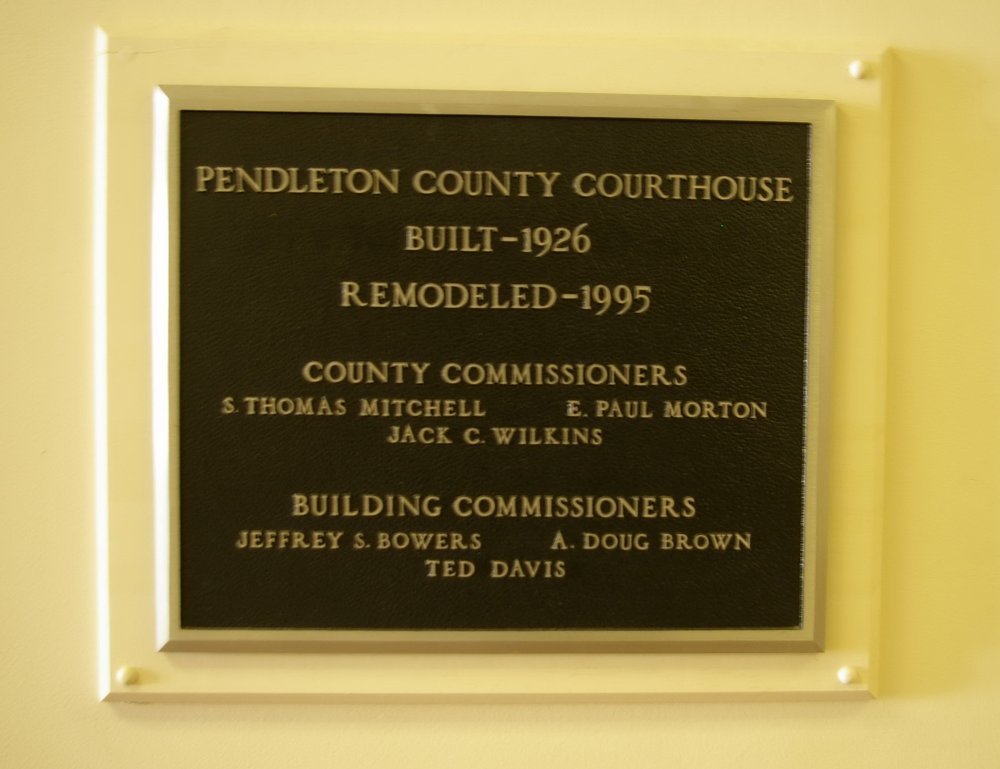 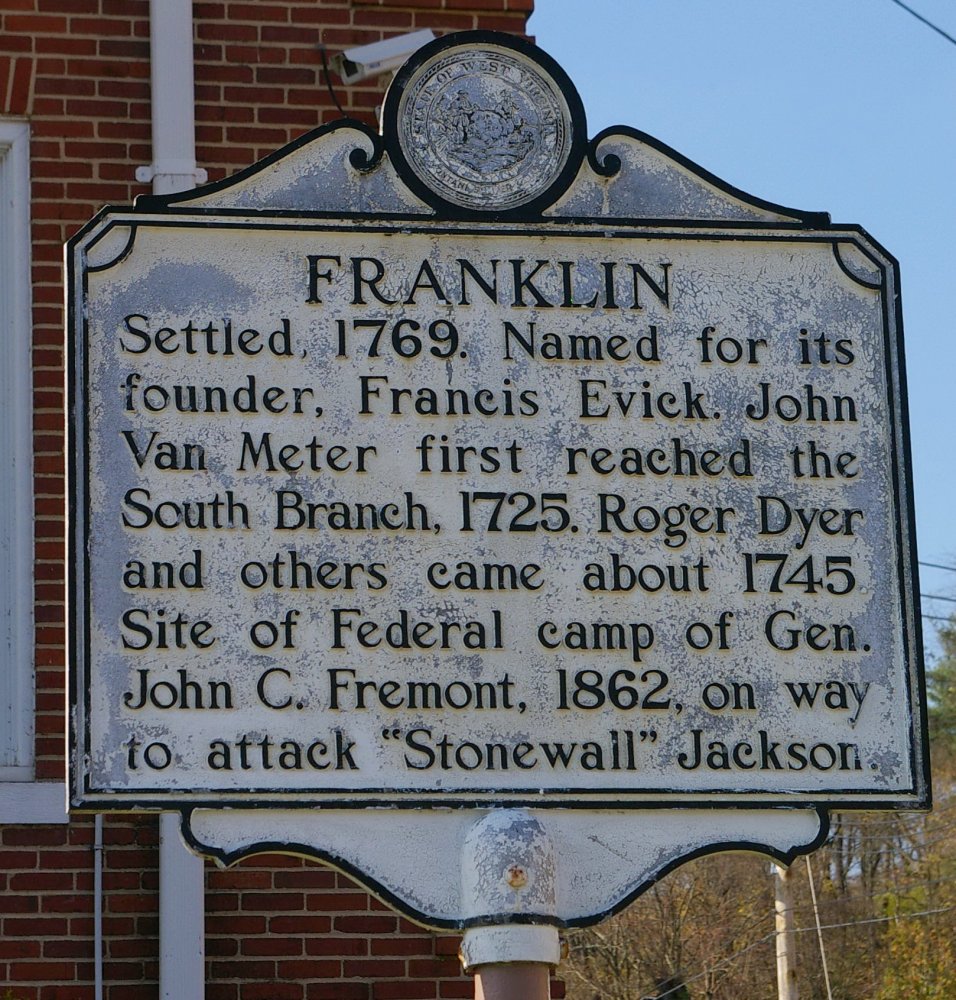