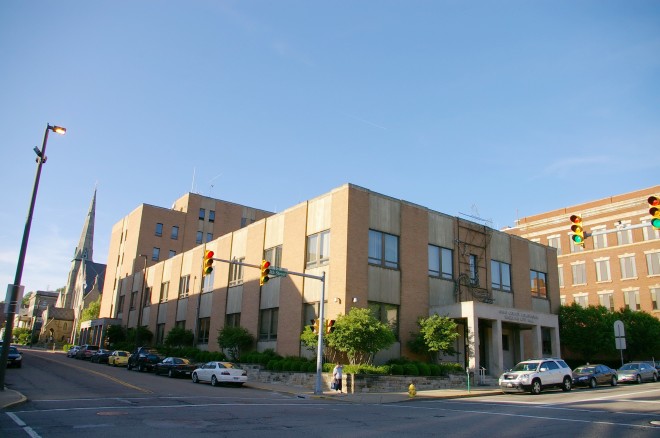 Description:  The building faces west and is a six story buff colored brick and concrete structure. The north section is a rectangular structure with the sixth story recessed. The west side has a concrete portico at the entrance. The south section is two stories and has a concrete portico at the south entrance. The roof line is flat. The building also houses the City of Wheeling offices.

Note:  Courthouses were built in West Liberty in 1777 and 1779 and in Wheeling in 1798 and 1839. A courthouse was designed by J S Fairfax and constructed by A H Sheppard in 1876,. and was remodeled in 1886. The architect was Charles P Hamilton and the contractor was Kieves, Kraft & Company. 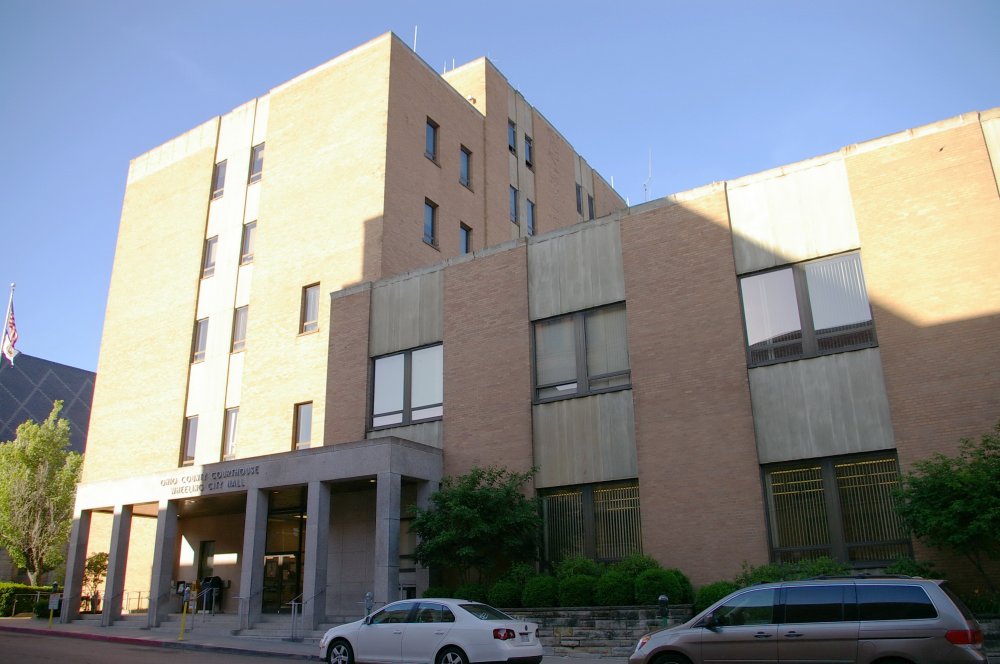 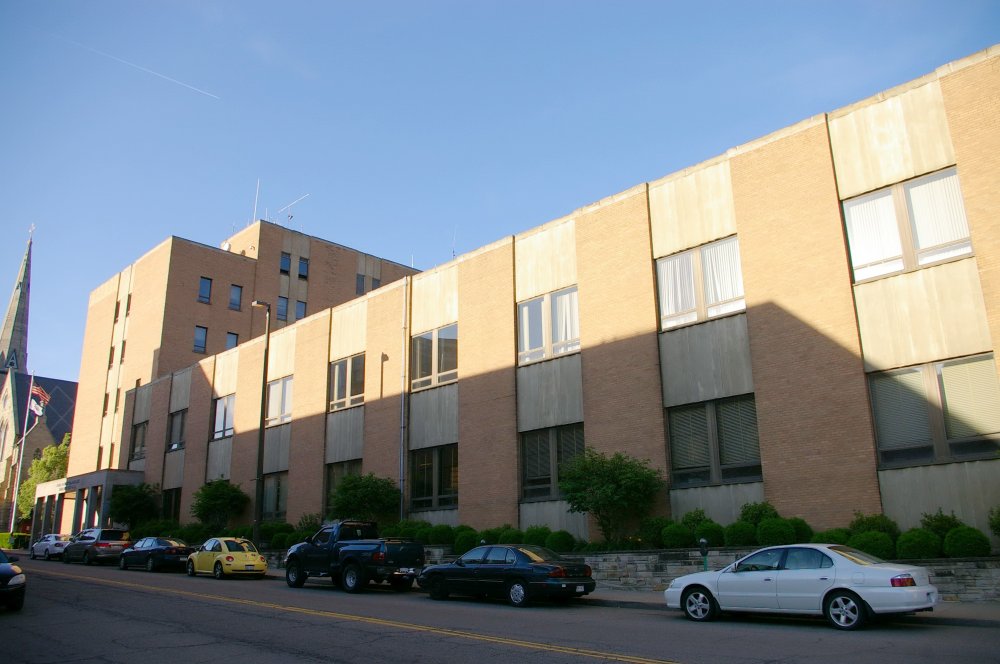 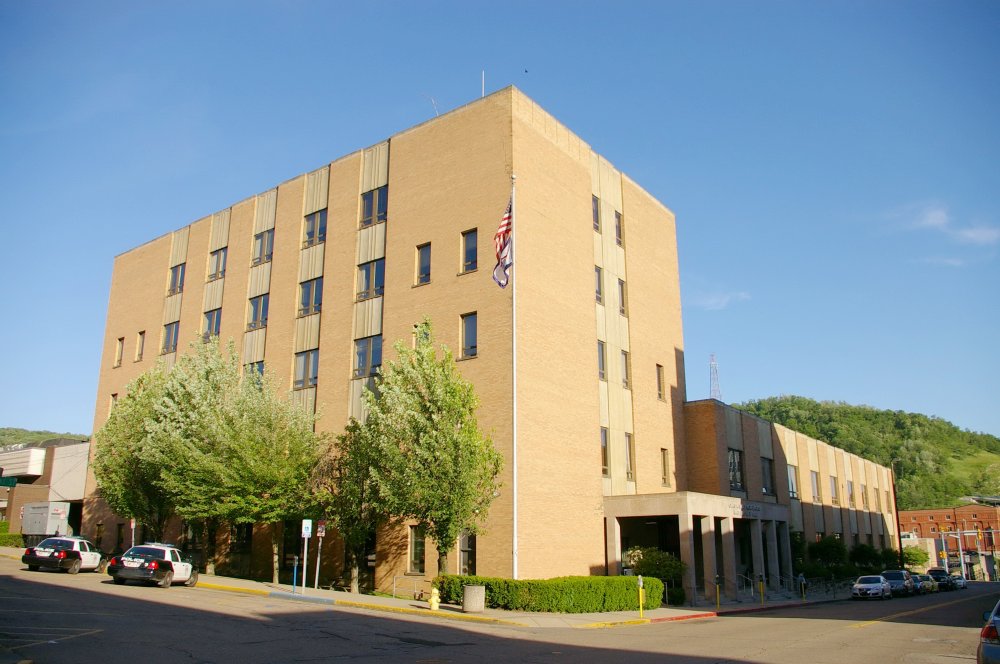 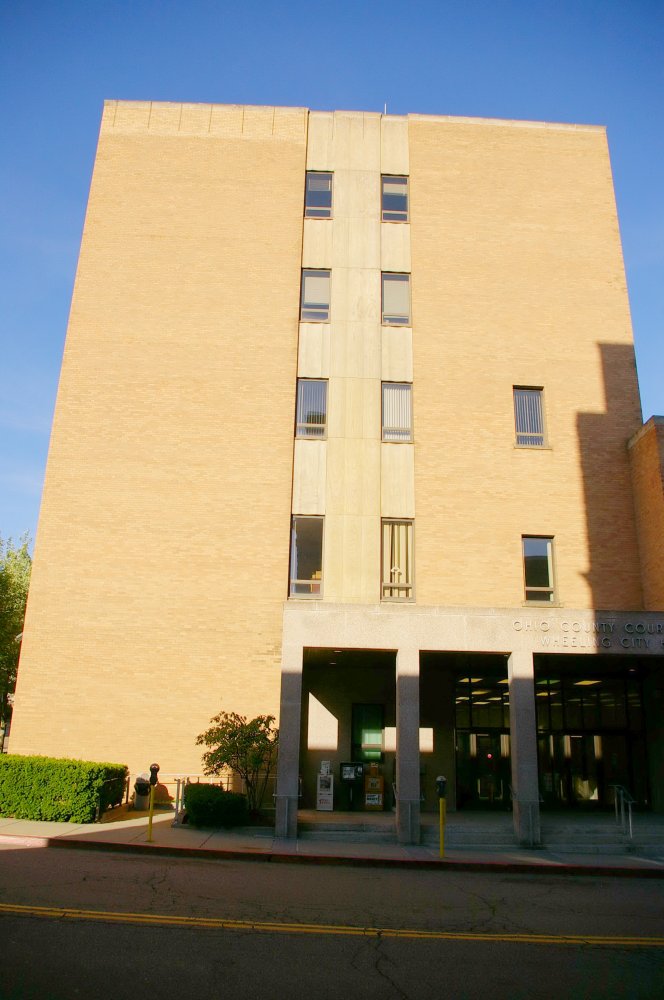 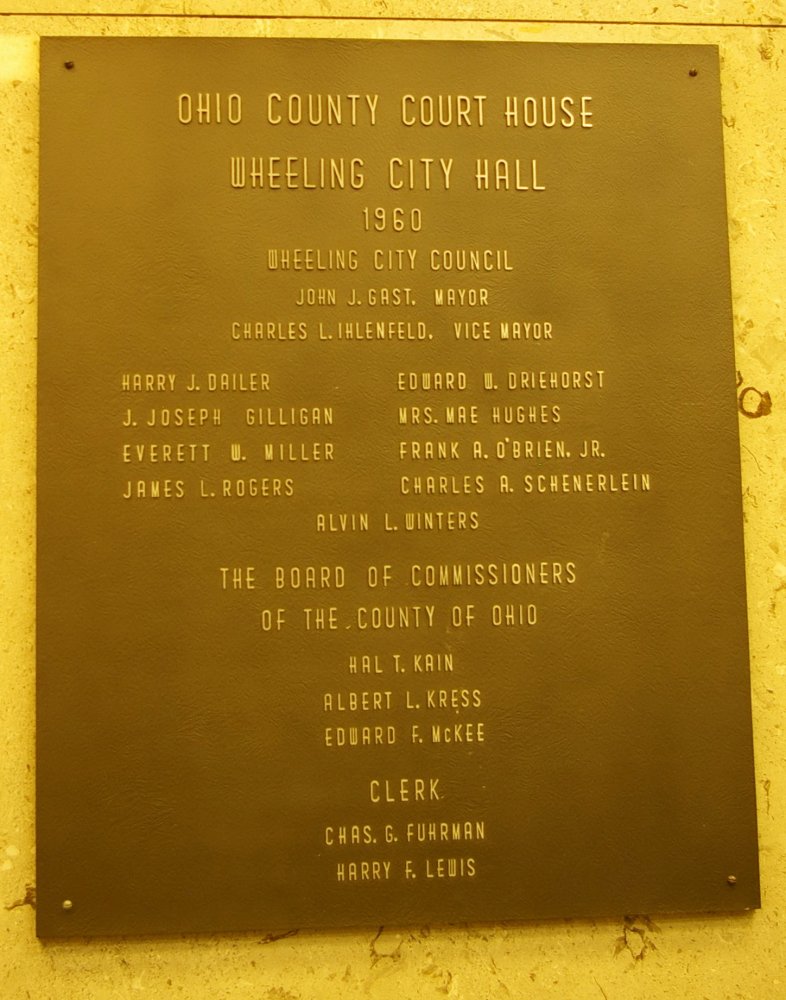