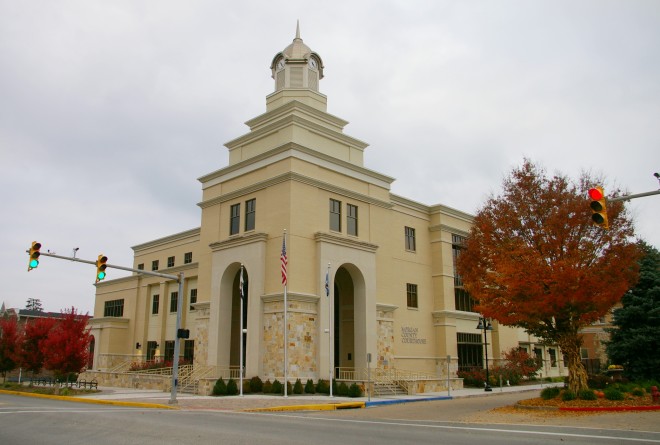 Morgan County is named for Daniel Morgan, who was a United States Congressman.

Description:  The building faces southwest and is a three story buff colored brick, stone and concrete structure. The building is located on landscaped grounds in the center of Berkeley Springs. At the southwest corner rises a high tiered tower with large high arches on the west and south sides with recessed entrance. At the top of the tower is an octagonal cupola with clock. The south side of the building has a large central glass section. The third story is recessed and the roof line is flat. In the interior is the bell from the third courthouse. The second story houses the family and magistrates courts and the third story has the circuit courtroom. The building houses the County Circuit Court of the 23rd Judicial Circuit, County Magistrate Court and County Family Court.

History:  The county was created in 1820 and Berkeley Springs was selected as the county seat. The first court met at the tavern owned by Ignatius O’Ferrall, at the Buck Horn Tavern and home of Thomas Young. In 1822, the Joseph H Sherrard stone residence on the corner of Wilkes Street and Fairfax Street was sold to the County at a cost of $3,500 to become the first courthouse. The building was destroyed by fire in 1844. The second courthouse was a two story structure built in 1844. The third courthouse was constructed in 1907 to 1908 at a cost of $12,367. The architect was Holmboe and Lafferty of Clarksburg and the contractor was S A Westenhaver of Martinsburg. On August 8, 2006, the courthouse was destroyed by fire and the building was demolished. The fourth and present courthouse was constructed in 2008 to 2010. 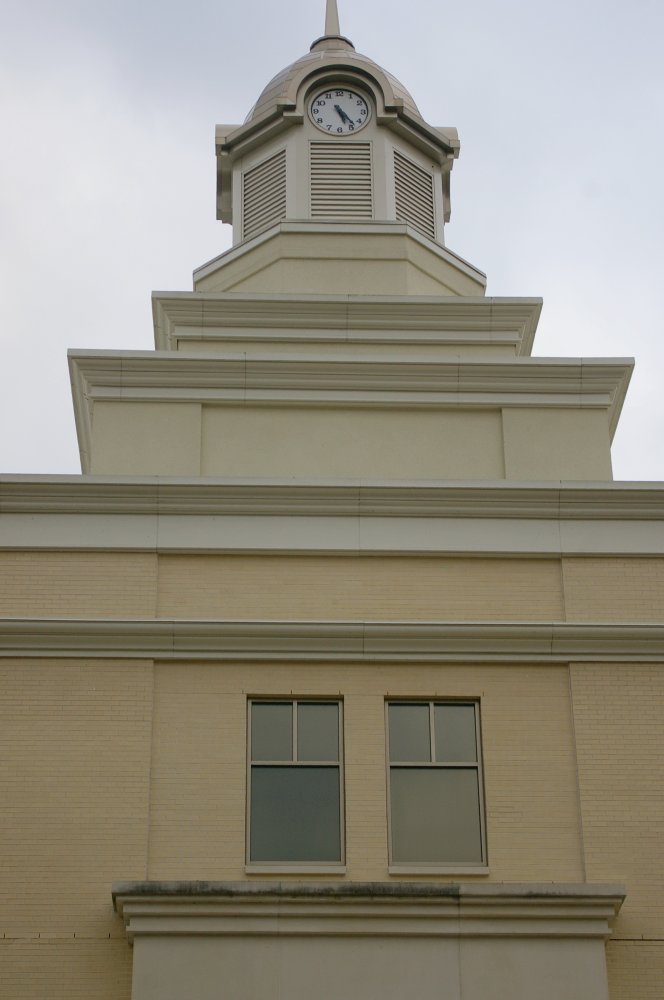 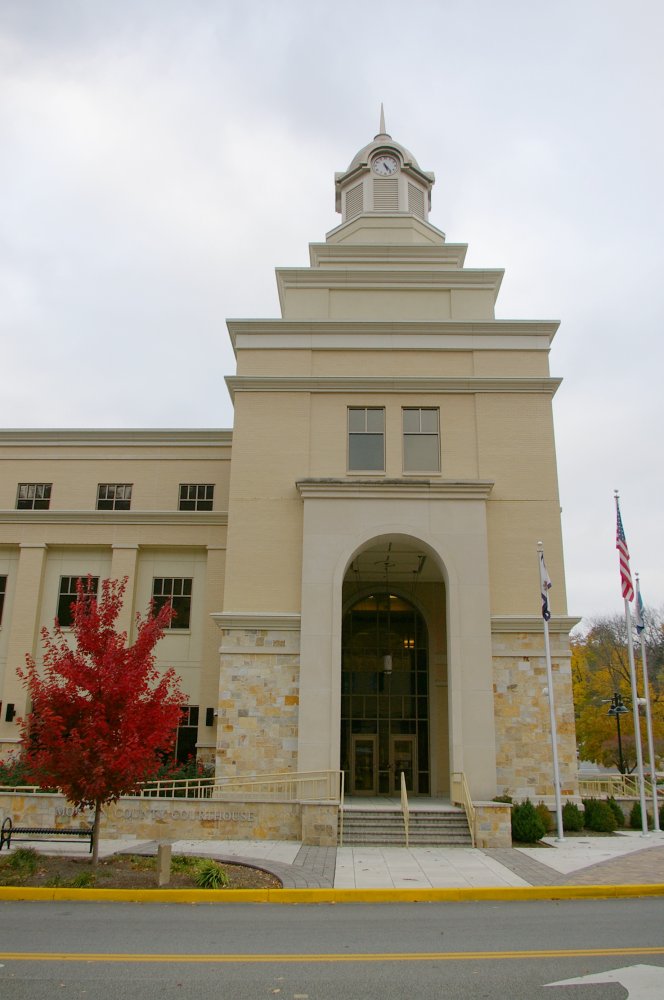 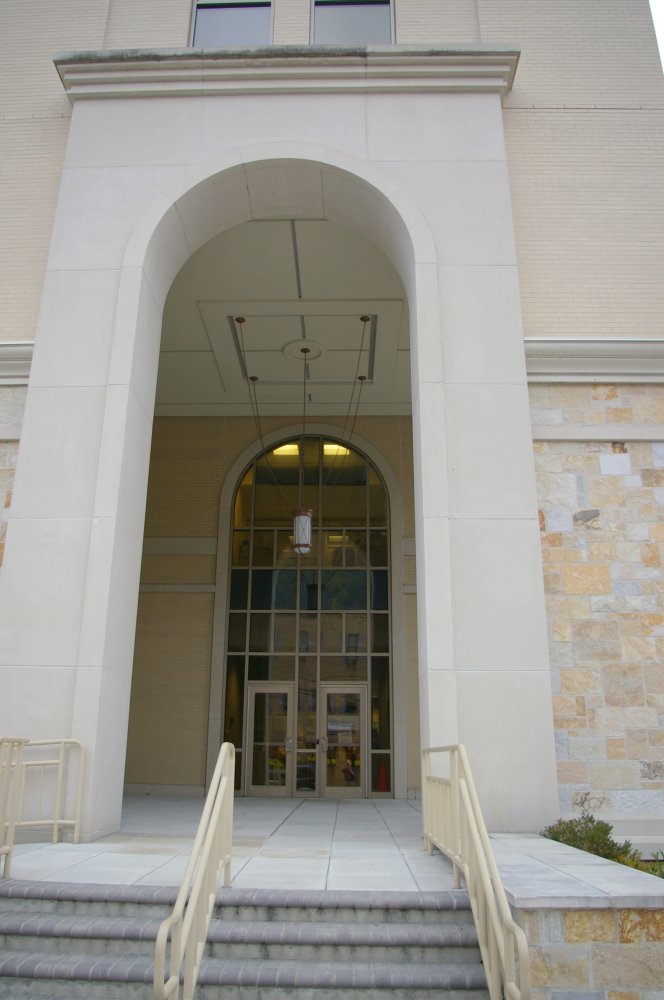 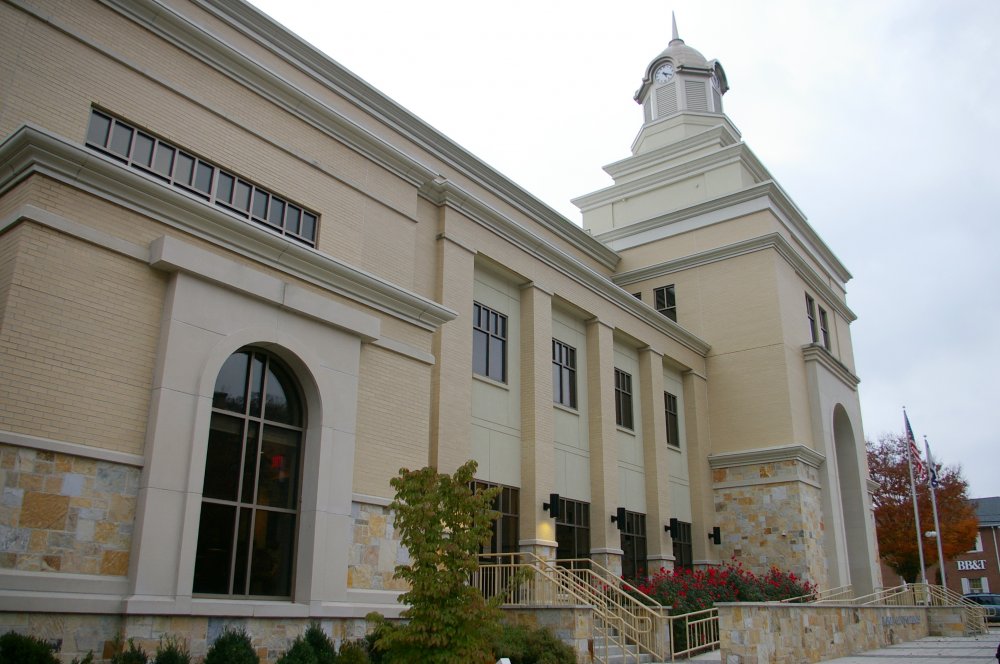 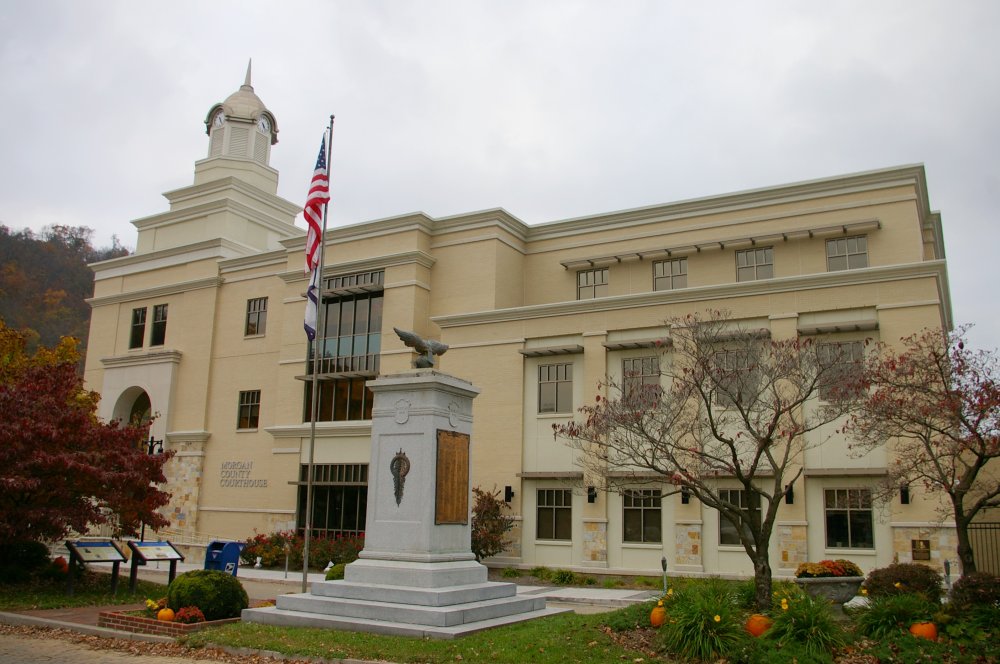 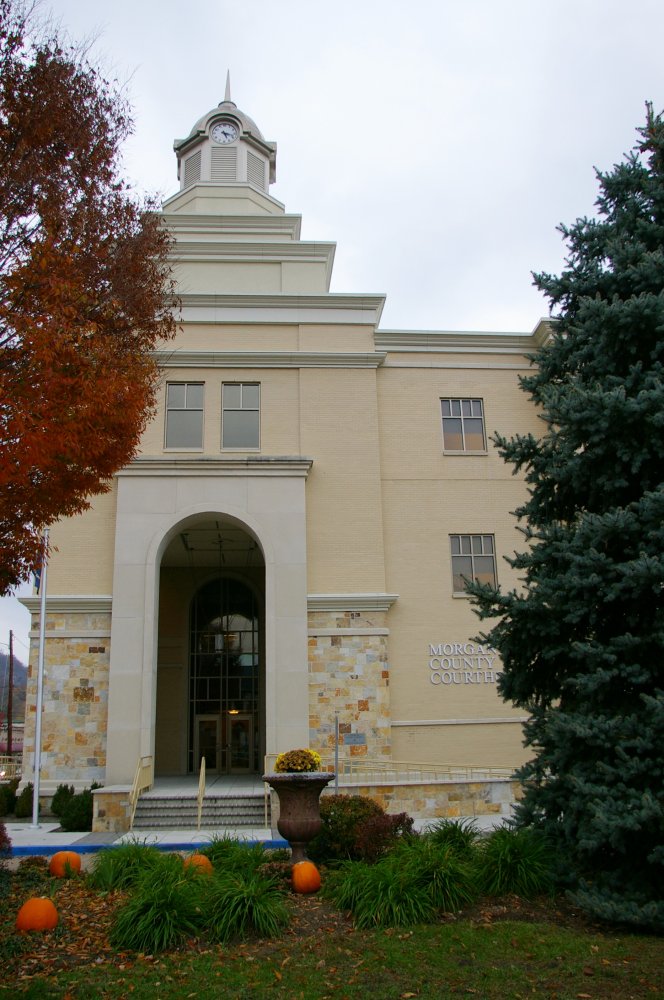 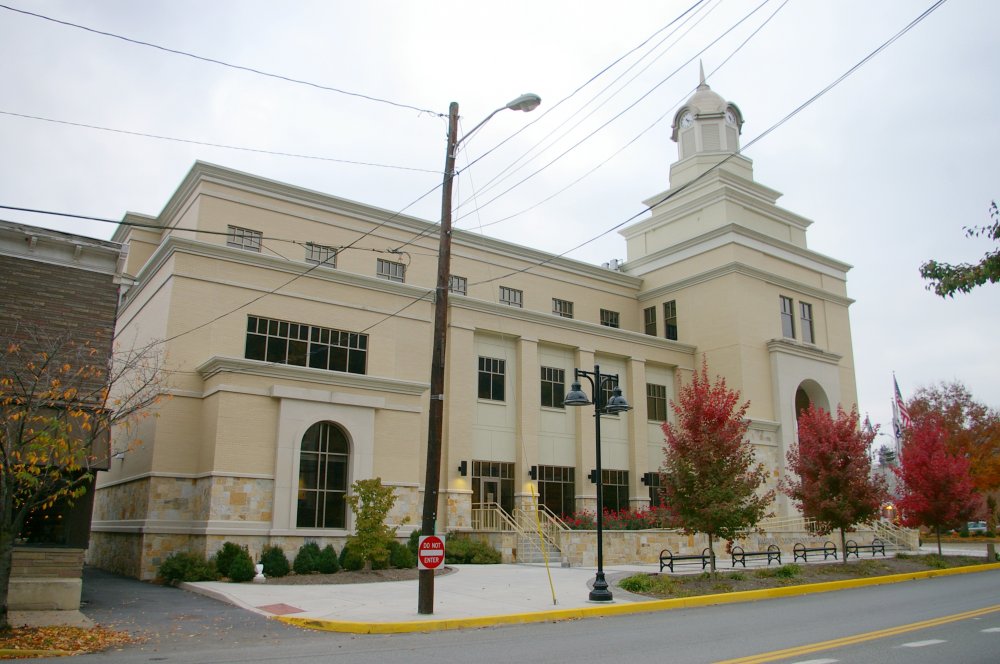 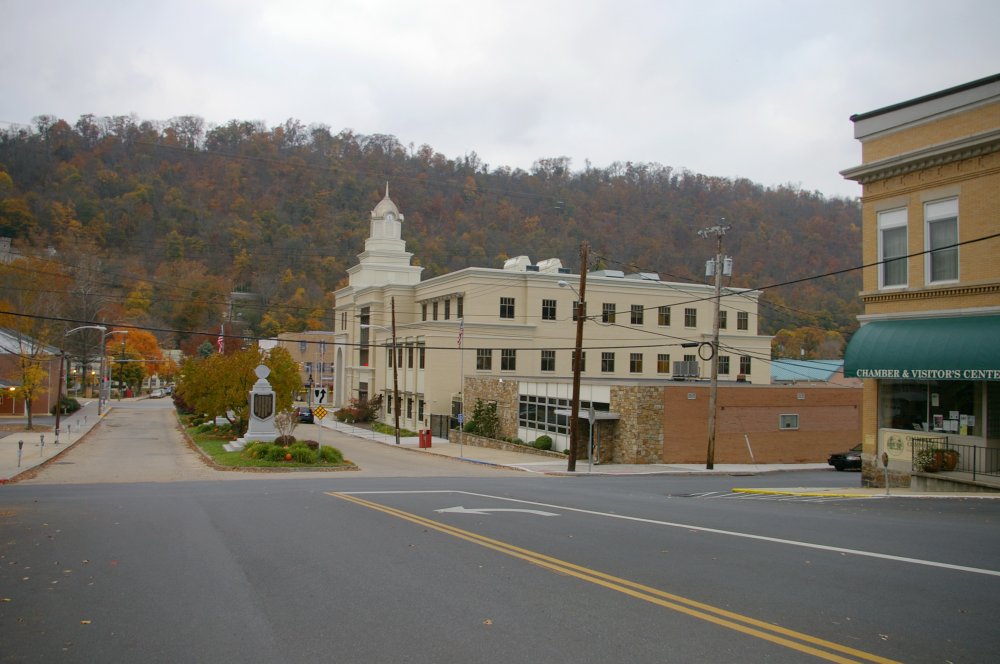 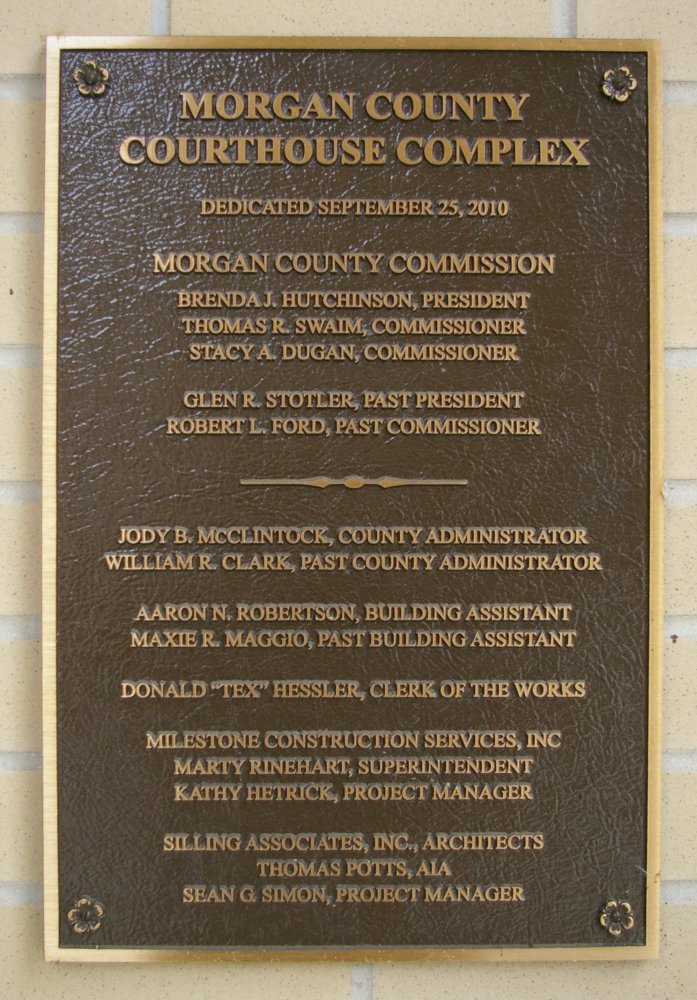 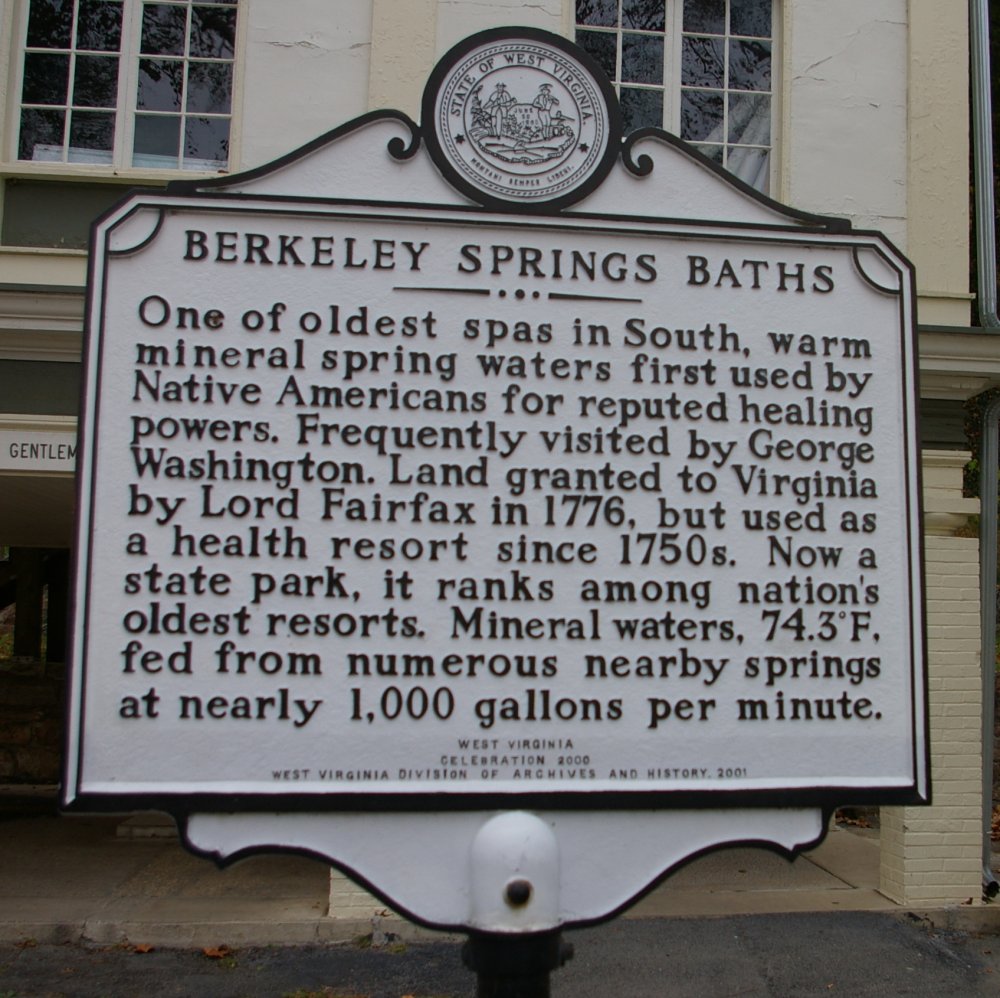