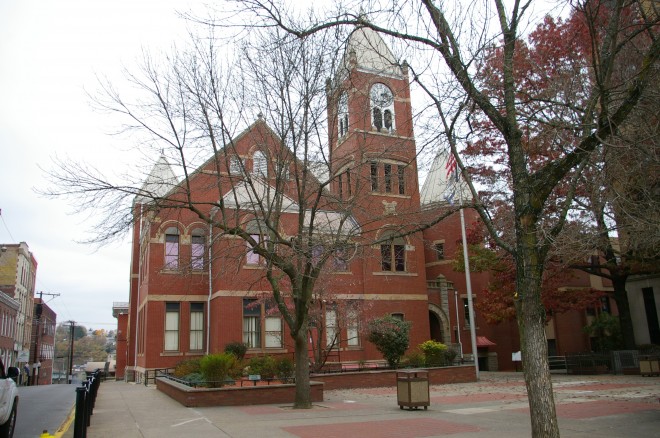 Monongalia County is named for the Monongahela River which means “falling banks” in the Native American language.

Description:  The building faces east and is a three story red colored brick structure. On the east side of the building is a small plaza. The east front has a central high square red colored brick tower with steep roof. On the north side of the tower are the recessed entrance with stone arch and a round tower with conical roof. On the south side of the front, a section projects from the main building and rises to a sloped roof with a gabled roof above. On the south side is another lower square tower.

Desscription:  The building faces south and is a four story red colored brick, glass and concrete structure. The rectangular shaped building is located in the center of Morgantown. The south front has a recessed second story at street level. Vertical concrete dividers run between the large windows. The roof line is flat. The building was originally constructed as the Harley O Staggers Federal Building and was remodeled in 2014 to 2016. The courtrooms are located on the fourth story. The building houses the County Circuit Court of the 17th Judicial Circuit, Family Court and Magistrates Court. The architect was Silling Architects of Charleston and the contractor was Massaro Corporation of Pittsburgh, Pennsylvania. 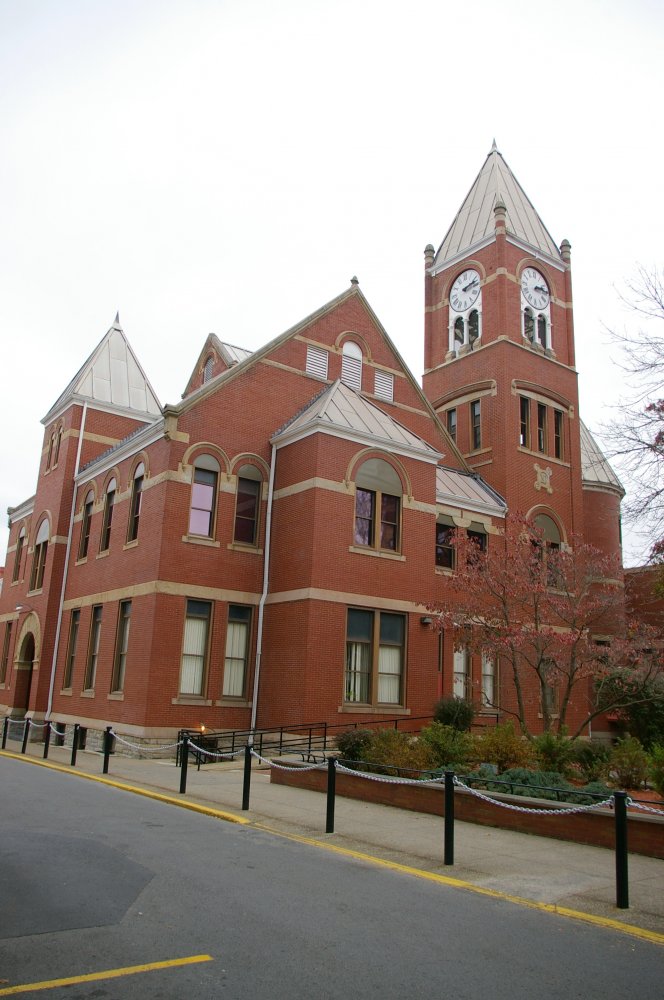 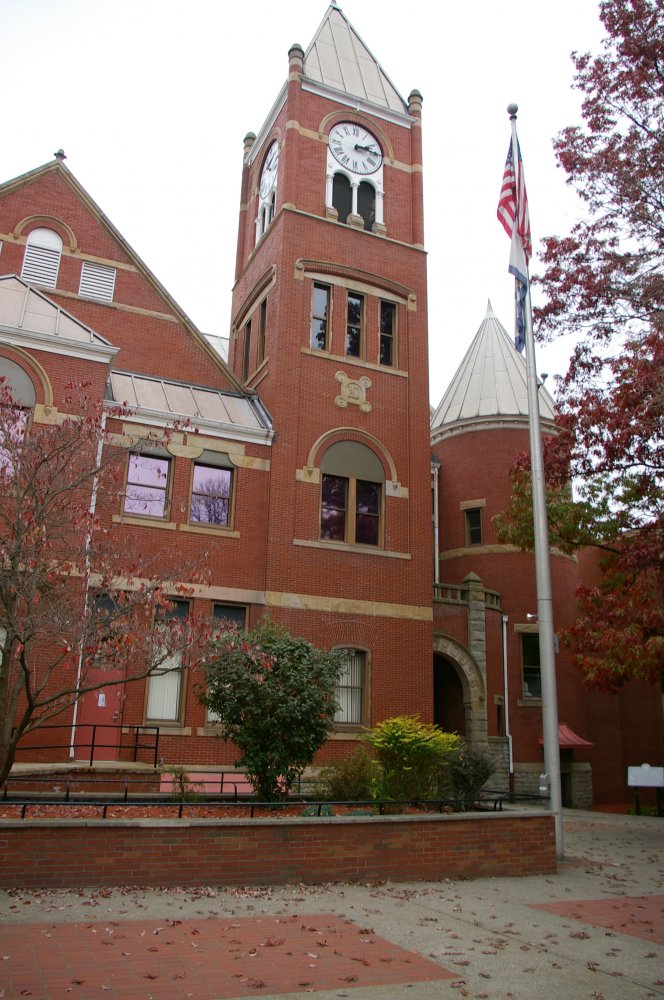 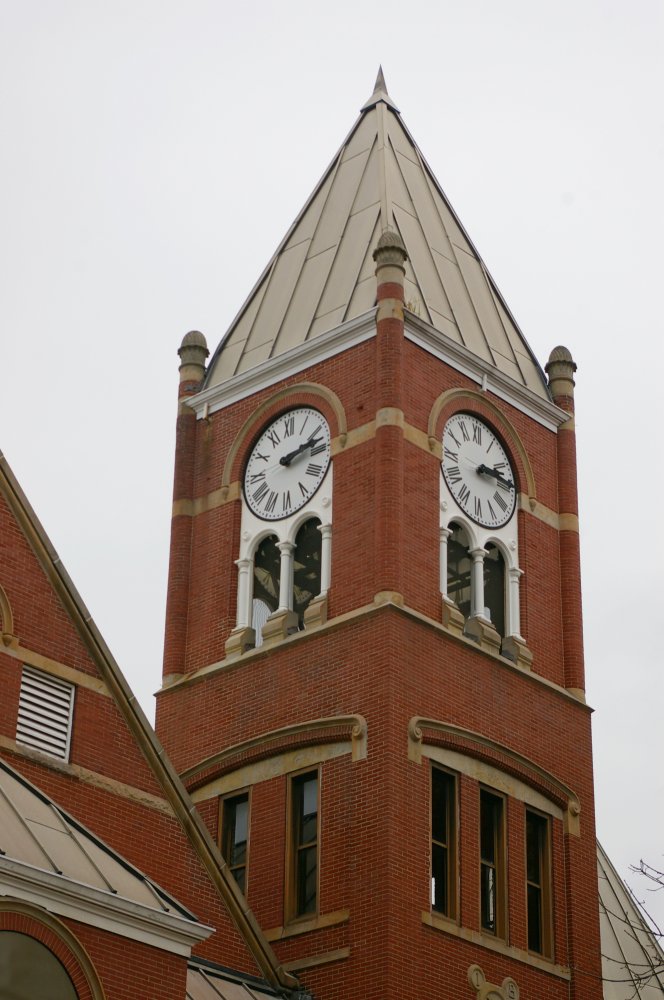 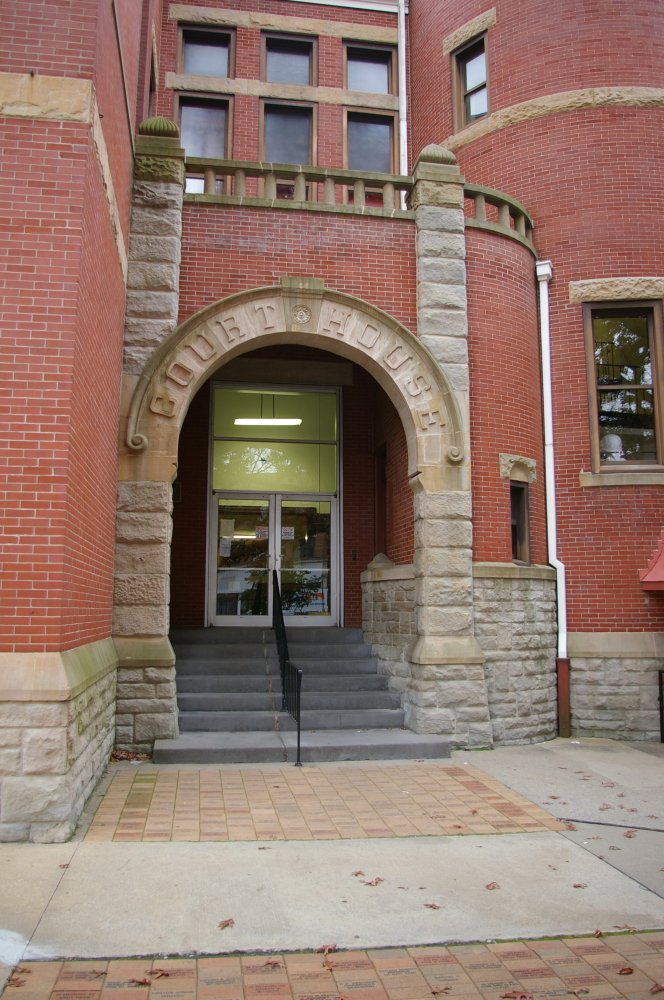 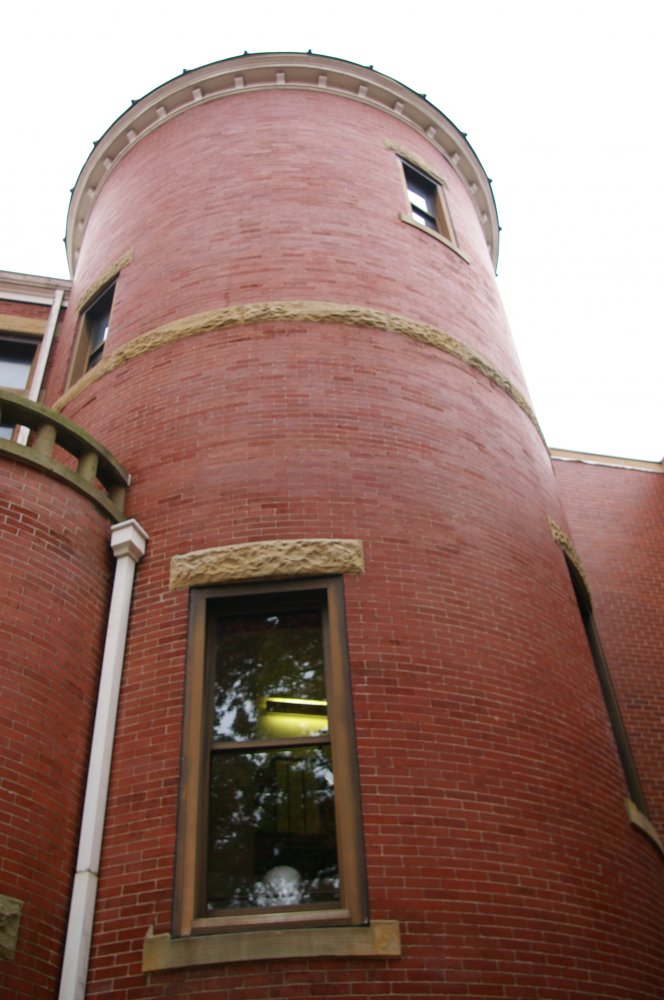 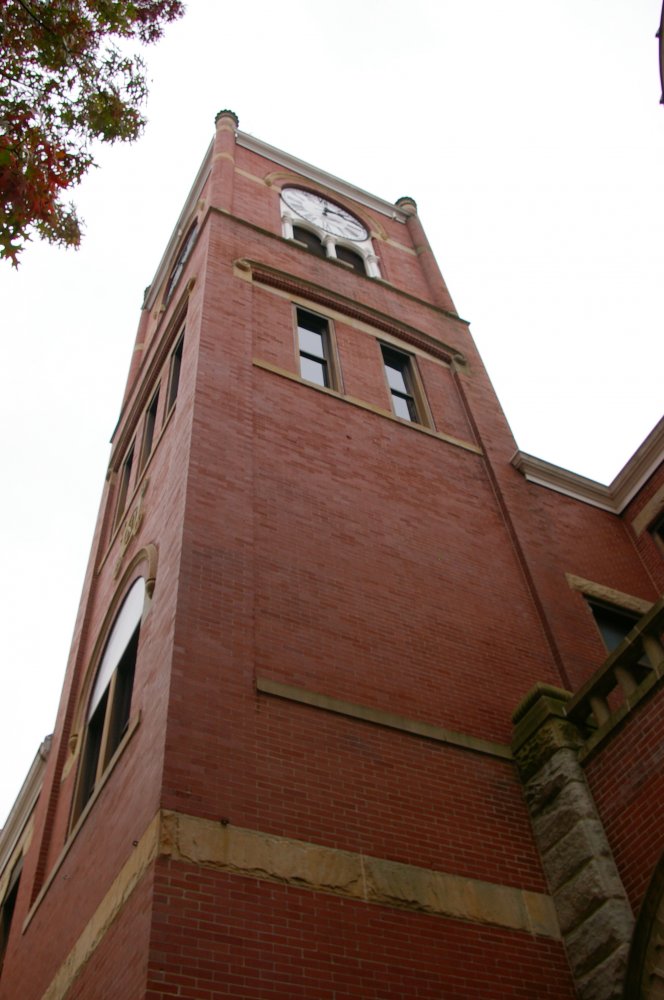 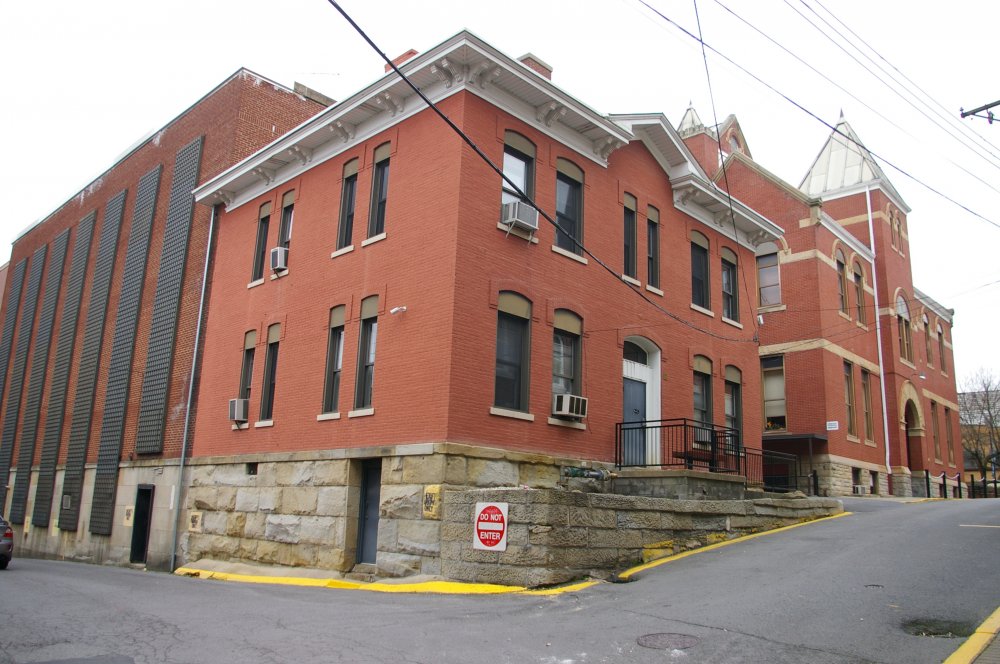