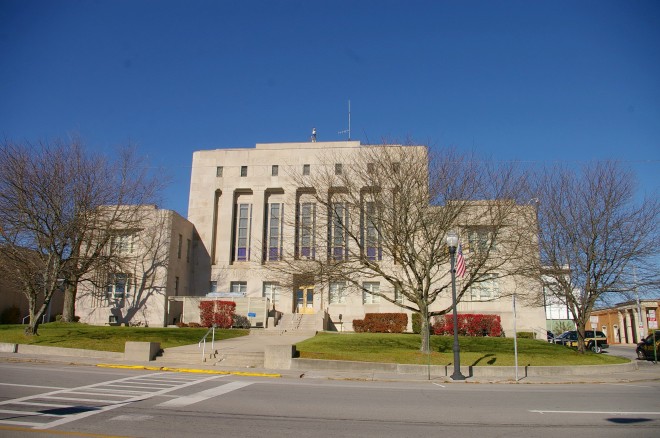 Mercer County is named for Hugh Mercer, who was a Brigadier General during the American Revolutionary War. 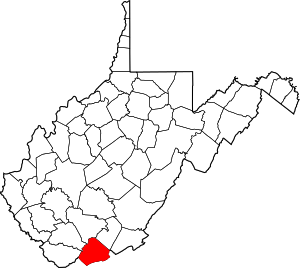 Description:  The building faces south and is a four story Indiana limestone structure. The building is located on landscaped grounds in the center of Princeton. The building is designed in the form of an “H” with projecting east and west two story wings. The first story has a recessed central entrance. Vertical windows rise from the second to the third stories. The fourth story has small windows. The building is embellished with Roman architectural motifs including faces, medallions, engaged pilasters and fluting. The friezes depict in heroic form the progress of the county from pioneer times and terminate in images of the machine age. Friezes above the front and rear doors were designed by Mrs. S L Mahood, the mother of the architect. The roof line is flat. In the interior, the stairwells have an Art Deco design. The panels of the newel posts are cast in a vertical row of fan-like figures. There is a central corridor on the first story. The northern section od the second story houses the Circuit Court courtroom and the southern section houses the Criminal Court courtroom.  The courtrooms have black walnut originally rubbed to a dull sheen to match the walnut furnishings. Ceiling plasterwork is painted in colors of white, light yellow and light blue. The building houses the County Circuit Court of the 9th Judicial Circuit and County Family Court. 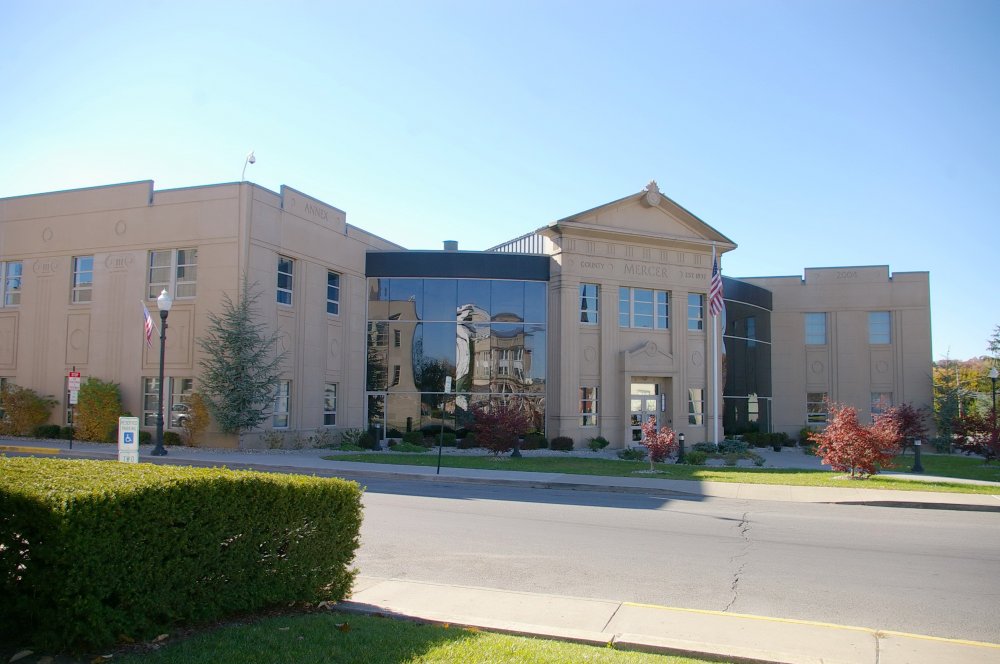 Description:  The building faces northeast and is a two story glass and concrete structure. The building is located on landscaped grounds in the center of Princeton to the southwest of the courthouse. The center section has a framed entrance with pilasters and pediment at the roof line. On either side of the center section are curved glass walls. The southeast wing and north west wing have flat roof lines. The building houses the County Magistrate Court. 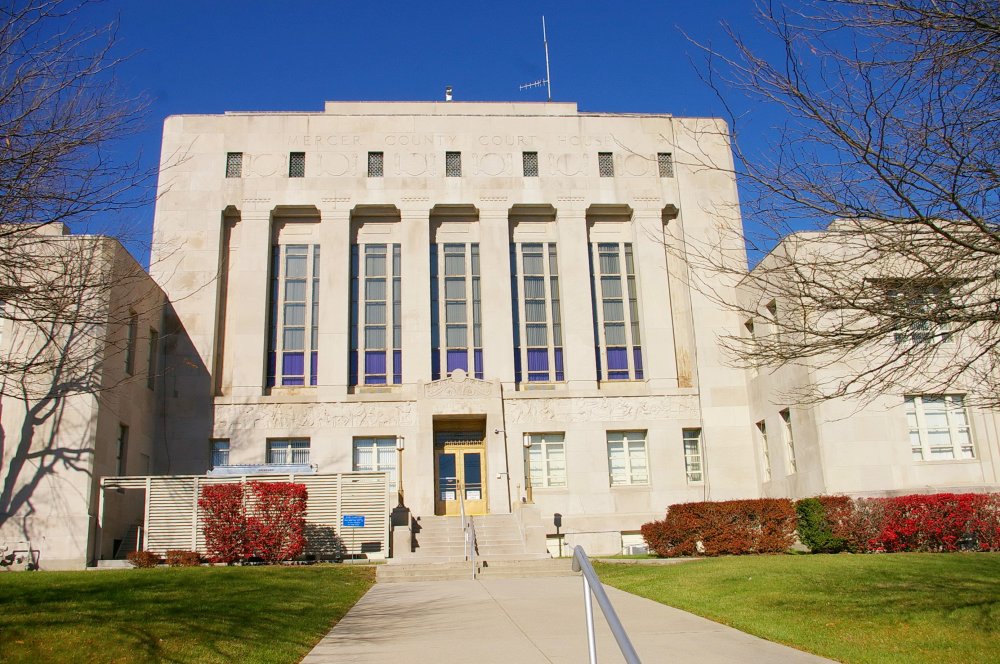 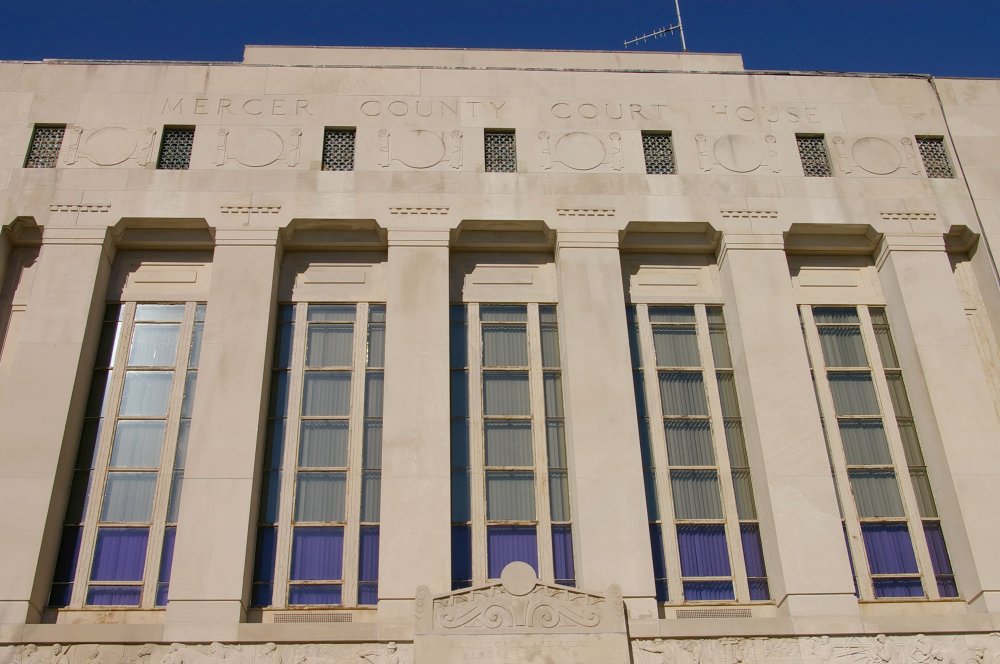 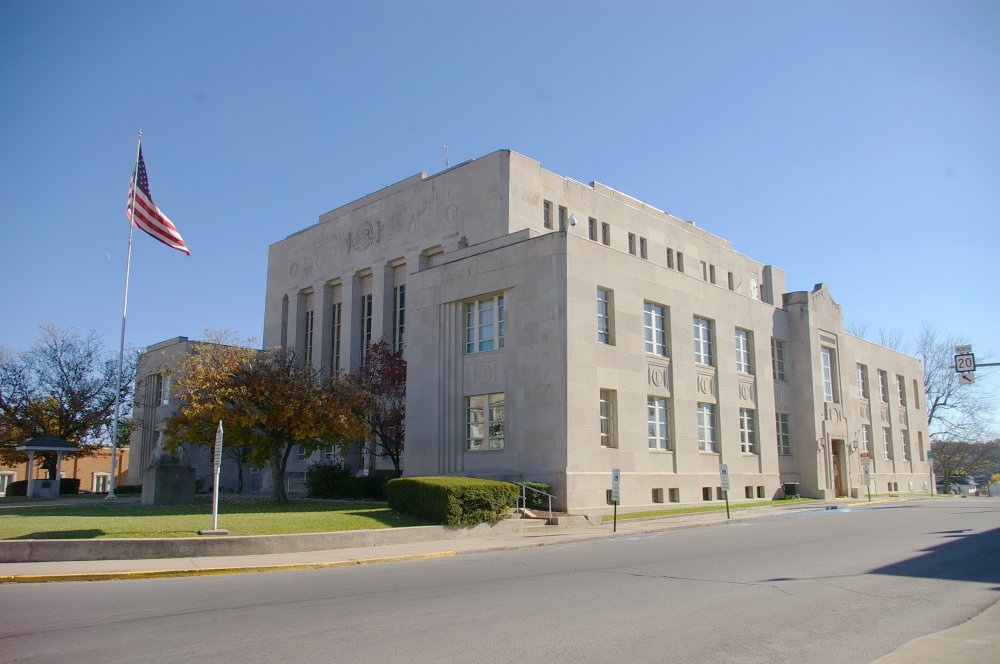 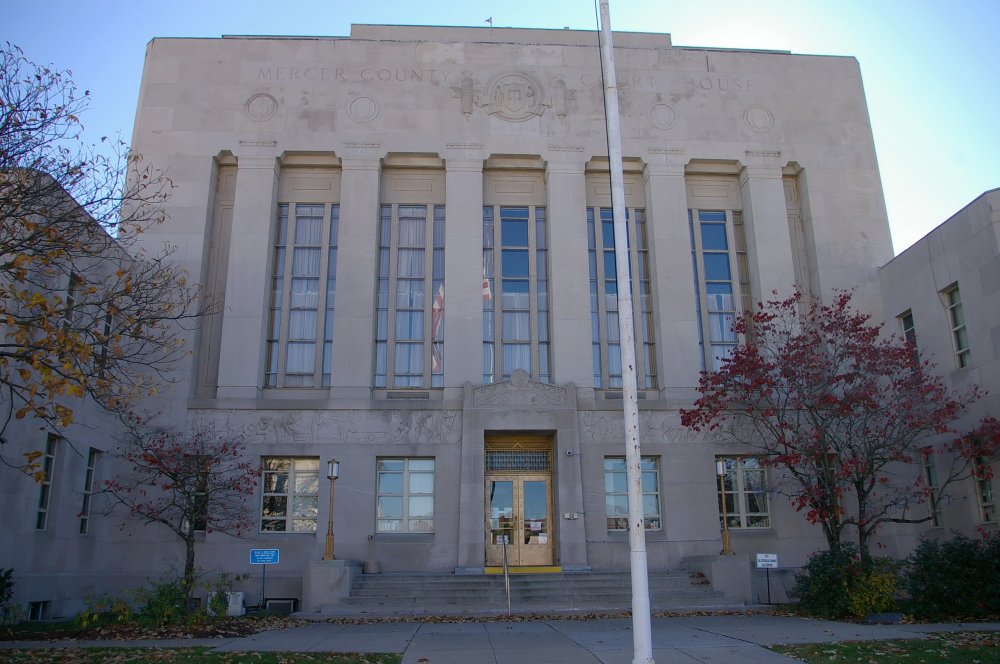 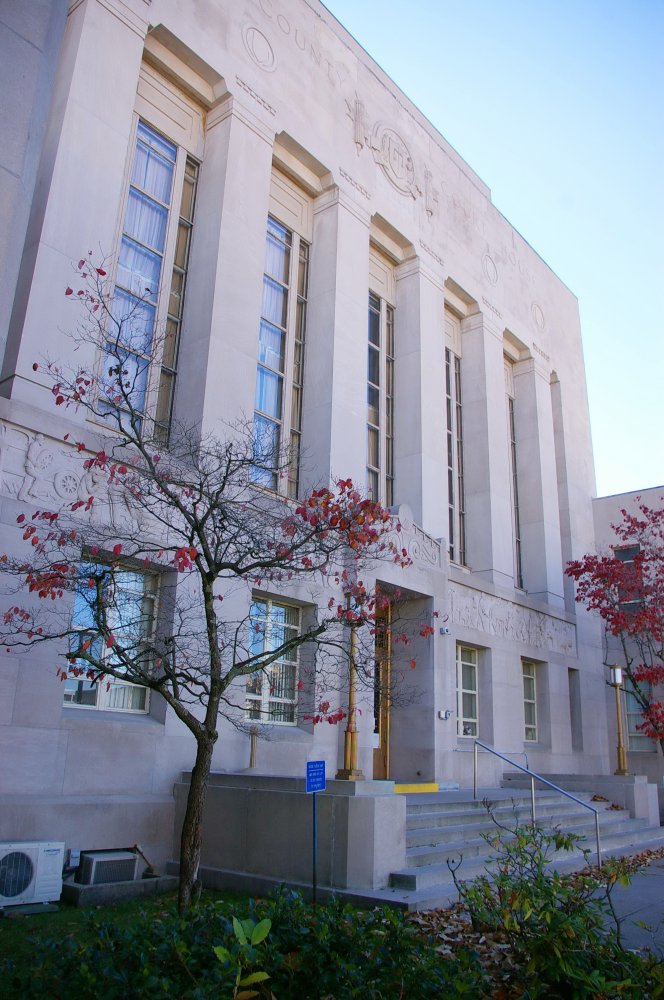 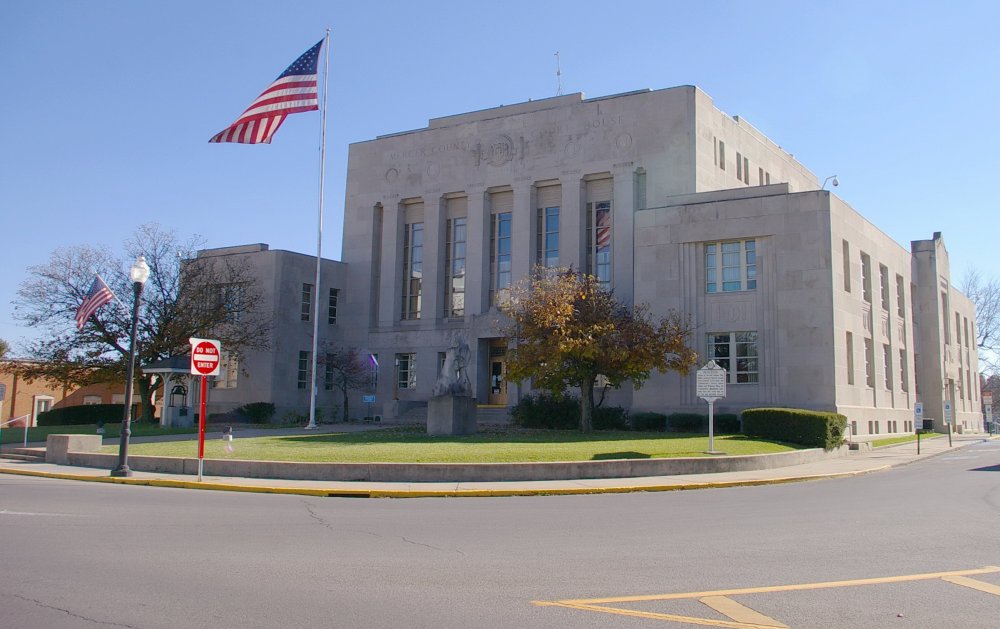 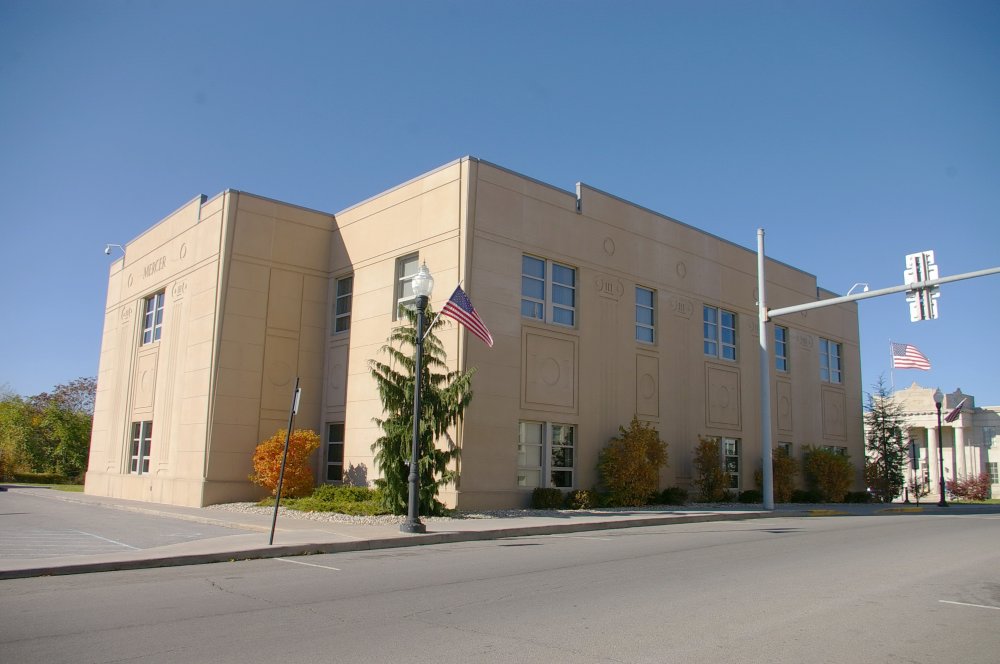 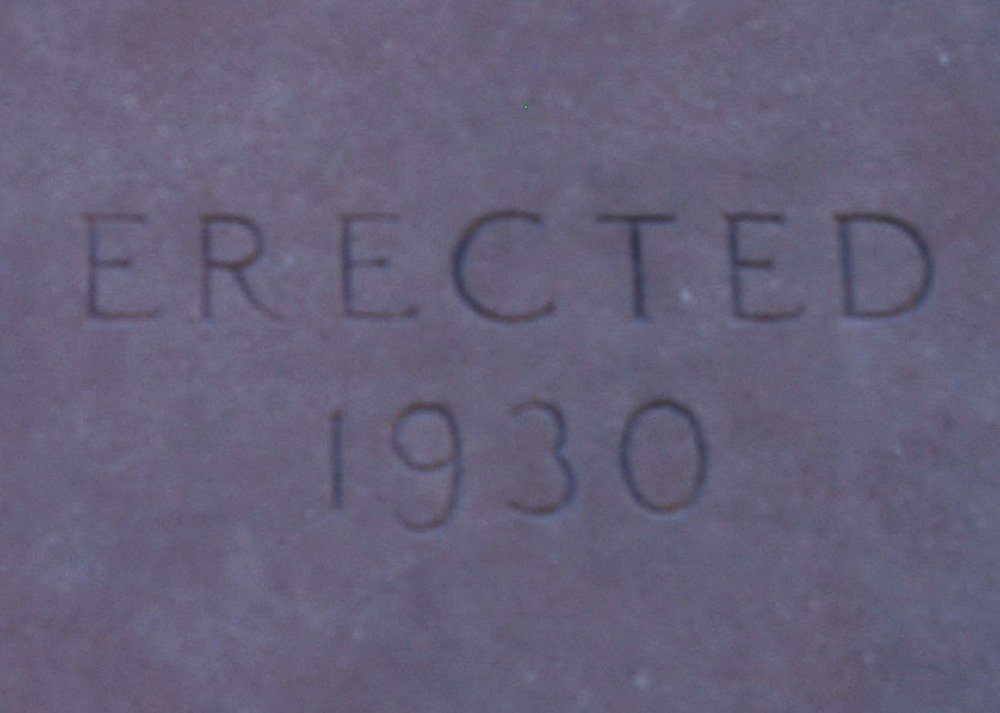 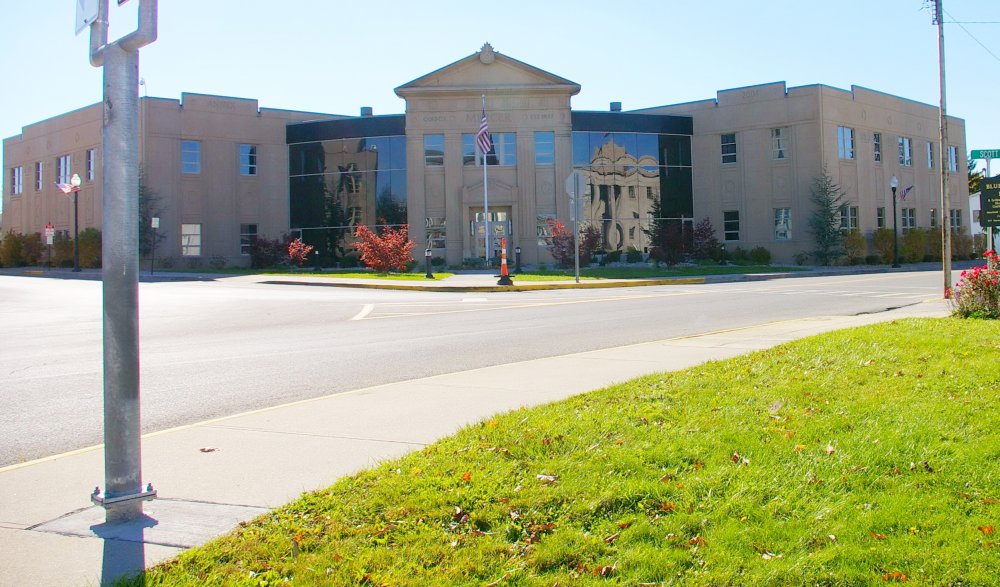