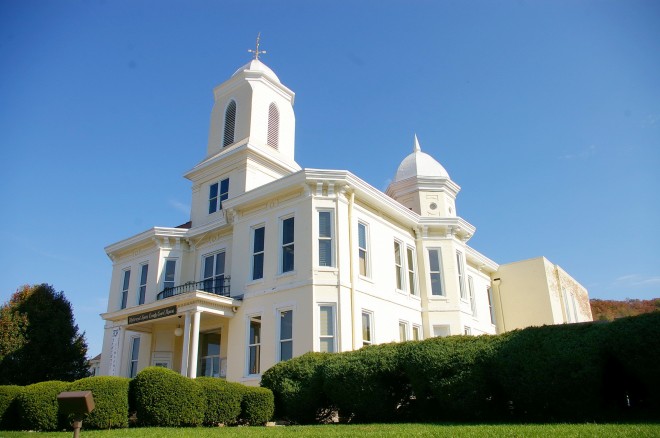 Lewis County is named for Charles Lewis, who was a soldier during the American Revolutionary War and who was killed at the Battle of Point Pleasant in 1774.

Description:  The building faces northwest and is a two story white colored brick structure. The building is located on landscaped grounds in the center of Weston. The northwest front has a porch with balcony on the second story. The center section is recessed with the north and south bays projecting. Above the center section rises a square tower with dome. At the back of the building is an octagonal cupola with white colored dome. The cornice along the roof line projects. On the southeast side is a new addition constructed in 1979. The architect was R L Smith Architectural Associates of Charleston and the contractor was McAnallen Corporation of Clarksburg.

Description:  The building faces southeast and is a two story buff colored brick, concrete and glass structure. The building is located on landscaped grounds in the center of Weston to the southeast of the courthouse. At the center of the front, a rectangular section rises above the flat roof line and has a clock. The windows are capped by cast stone tablets with the Scales of Justice. In the interior, the Magistrate Court courtroom is located on the first story and the Circuit Court courtroom is located on the second story.  The building houses the County Circuit Court of the 26th Judicial Circuit, County Magistrates Court and Family Court. 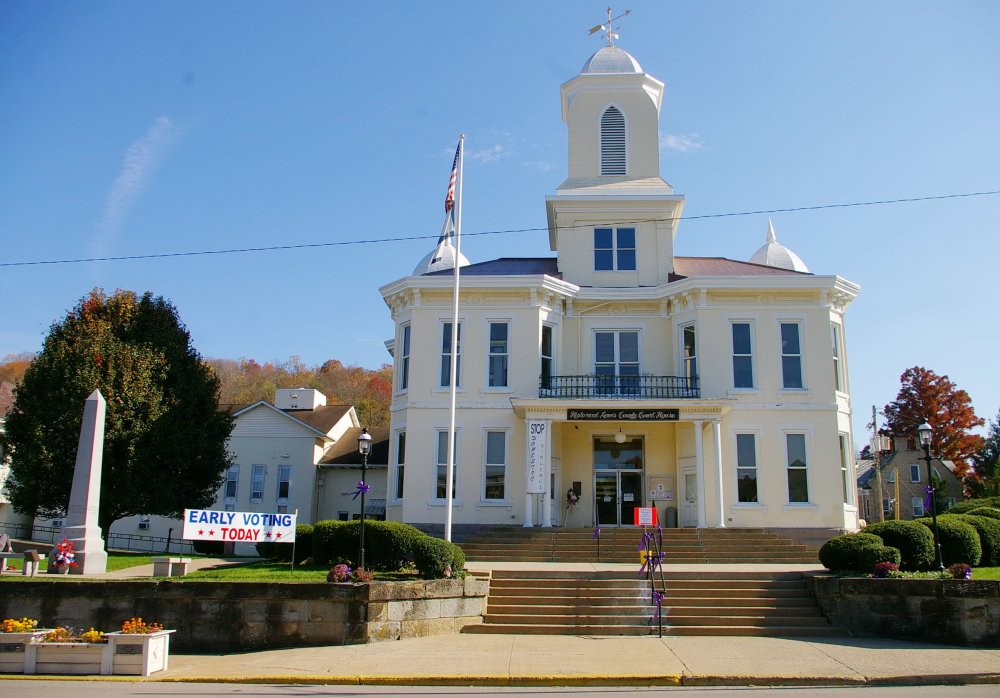 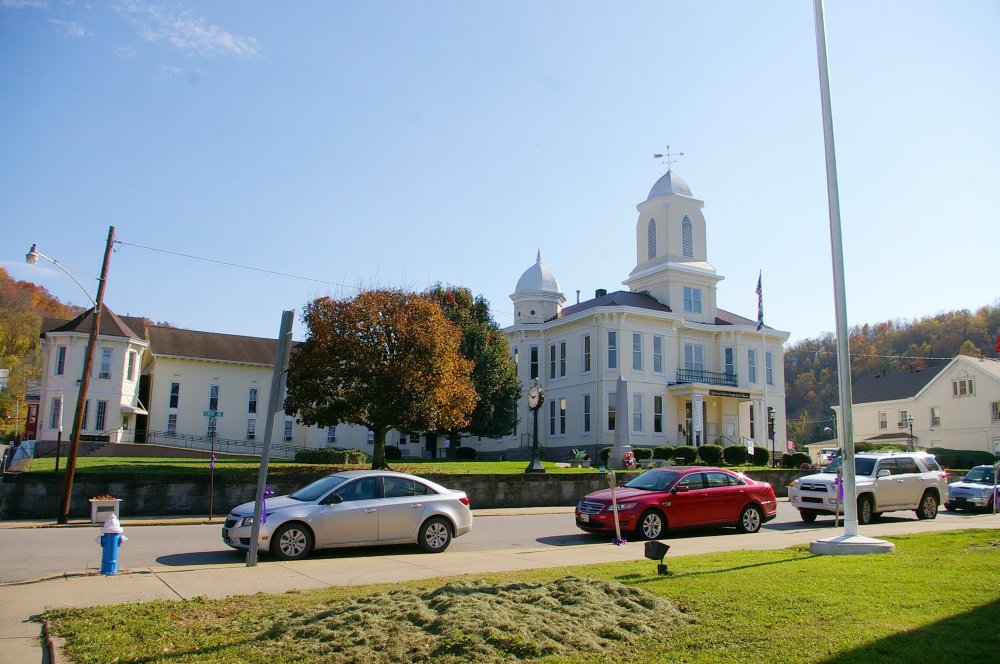 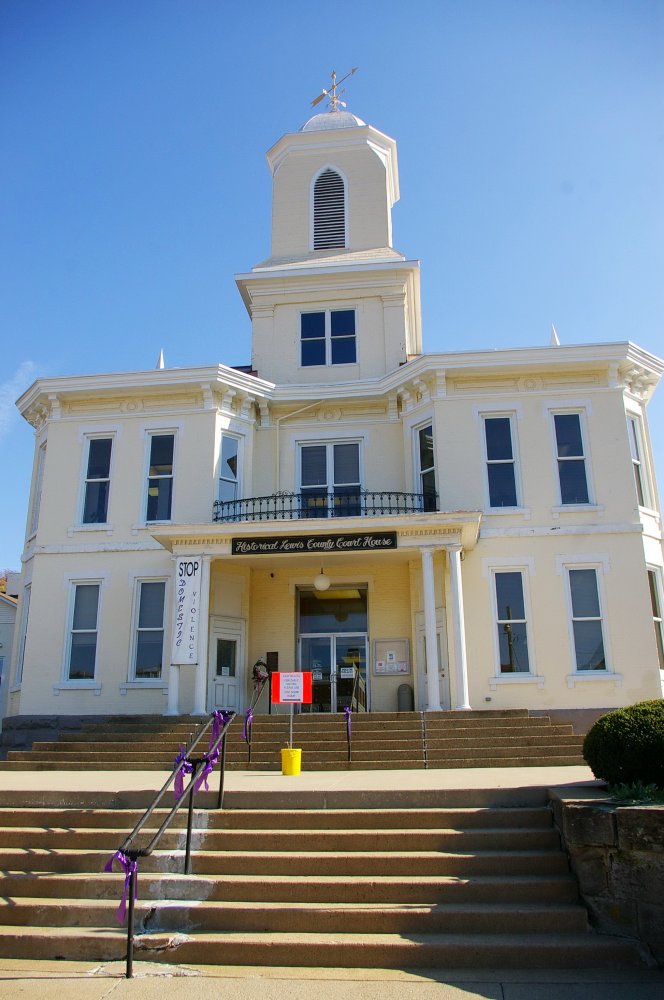 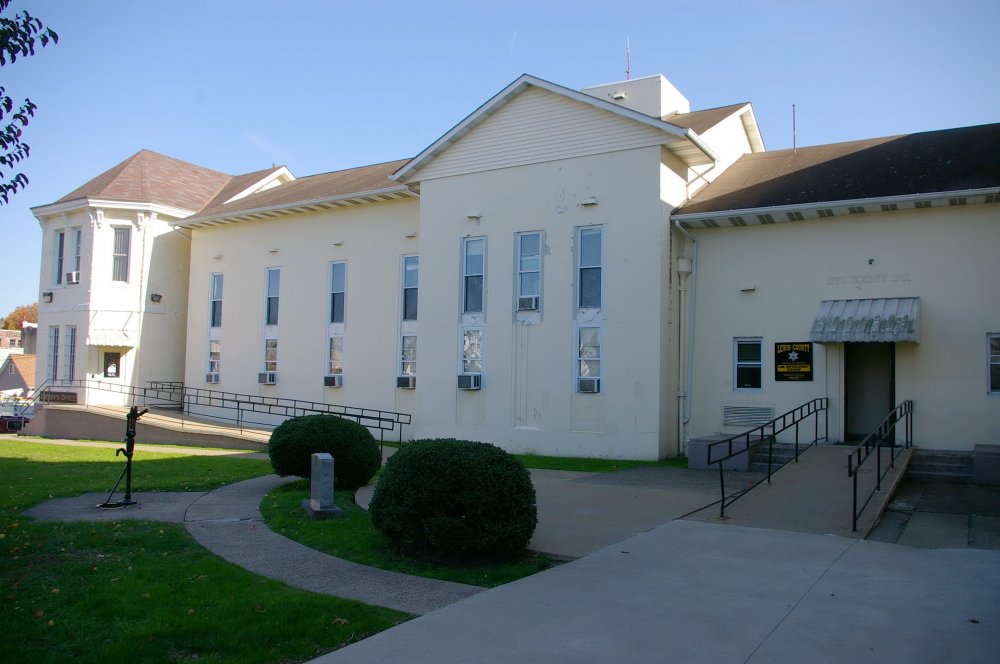 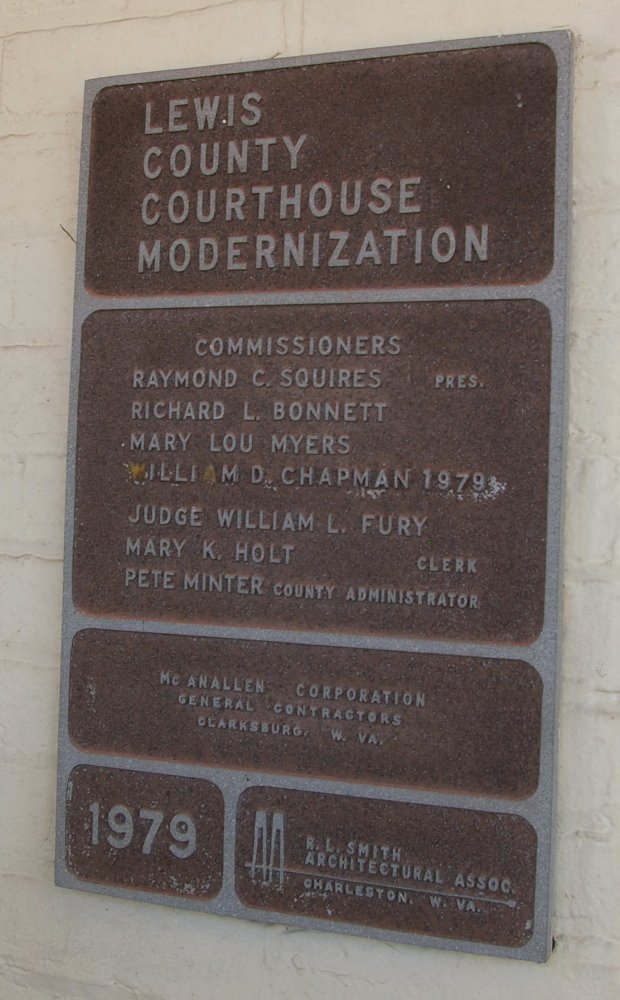