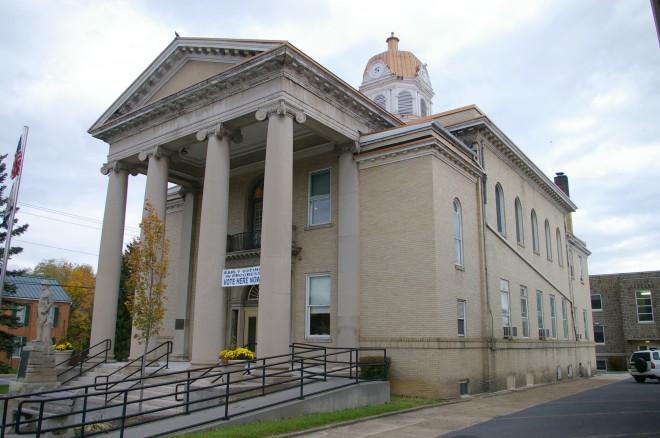 Hampshire County is named for the County of Hampshire in England, United Kingdom.

Description:  The building faces south and is a two story buff colored brick and concrete structure. The building is located on landscaped grounds in the center of Romney. The building is rectangular shaped with the south front having a large portico with four large columns rising to a pediment at the roof line. The first story entrance is recessed with a small balcony above on the second story. On the center of the roof is large octagonal cupola with clock and gold dome at the top. The interior features a long, wide hallway reaching from front to back. The ceiling is deeply paneled with wood and plaster. To the right of the entry, stairs lead to a second floor which houses the courtroom, judge’s chambers and jury room. This large room features a large domed ceiling encircled by squared rose medallions each of which holds an electric light. The finish of the ceiling and the dome is in acoustical tiles. A large walnut panel with a pedimented arch broken by an eagle and shield provides the backdrop for the curved judge’s bench is centered on the rear, or north, wall. On either side, smaller pedimented arches accent doors to the judge’s chambers and the jury room. The gallery is separated from the proceedings by a spindled railing, also in walnut. The gallery seats 180 persons in nine rows of twenty folding theater-style wooden seats. On the north side is the County Courthouse Annex built in 1935 to 1943 and named as the Walter C Davis Memorial Building.

Note:  Romney and Sheperdstown both incorporated in 1762, are the two oldest towns in West Virhinginia

Description:  The building faces west and is a buff colored brick and concrete structure. The building is located in the center of Romney to the south of the courthouse. The west front has a small portico at the central entrance. The roof line is flat. The building houses the County Circuit Court of the 22nd Judicial Circuit, County Magistrate Court and County Family Court.

History: The county was created in 1753 and the first meeting was held at a private residence in 1755 five miles north of Romney. The county was organized in 1757 but no meetings were held due to the Indian Wars. Romeny was selected as the county seat in 1762. The first courthouse was a wood structure erected in 1762. The second courthouse was red colored brick structure built in 1833 at Main Street and High Street. In 1820, the court met at Literary Hall at 29 West Main Street built in 1869 to 1870, from 1920 until the third and present courthouse was constructed in 1921 to 1922. The County Judicial Center was constructed in 2005 to 2007. 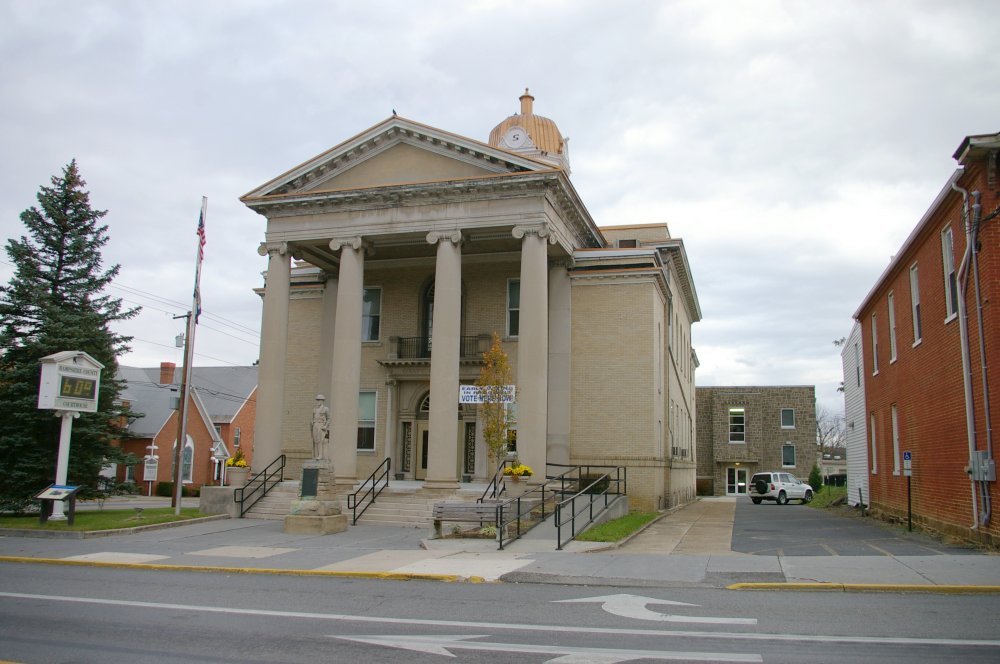 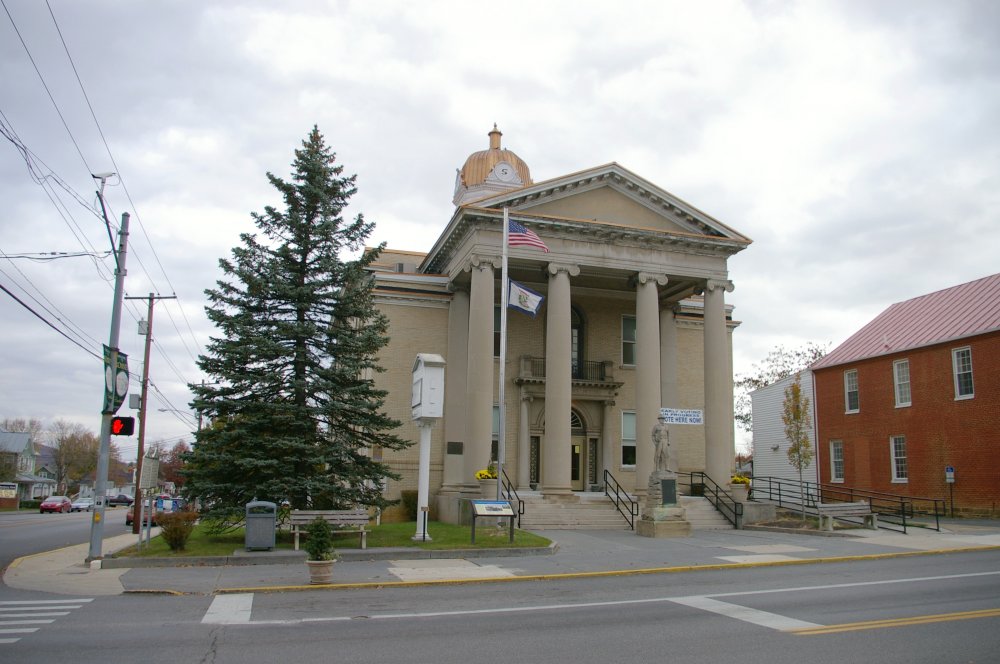 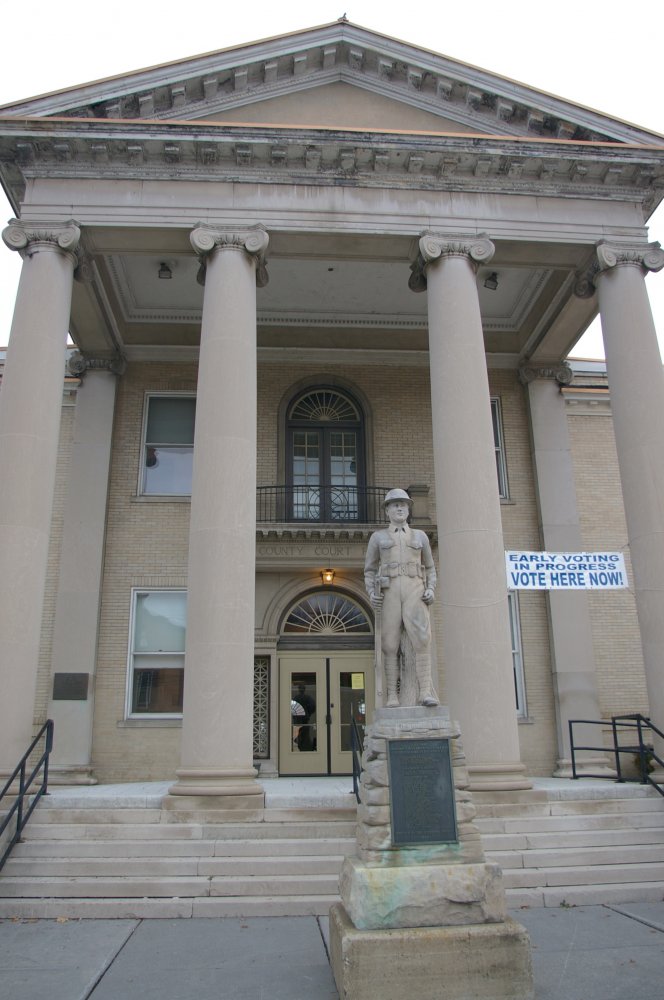 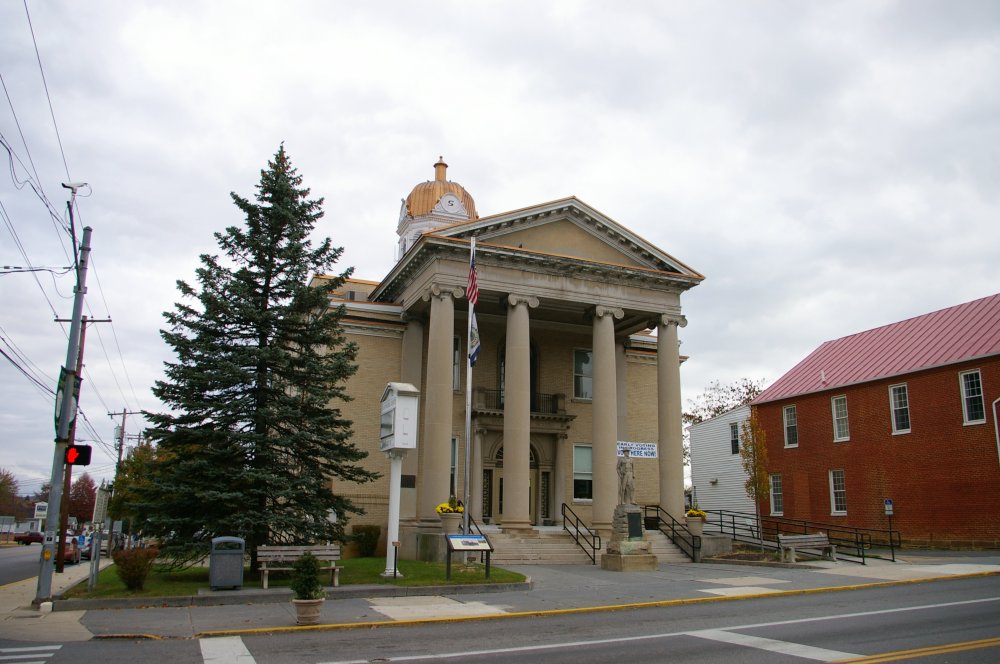 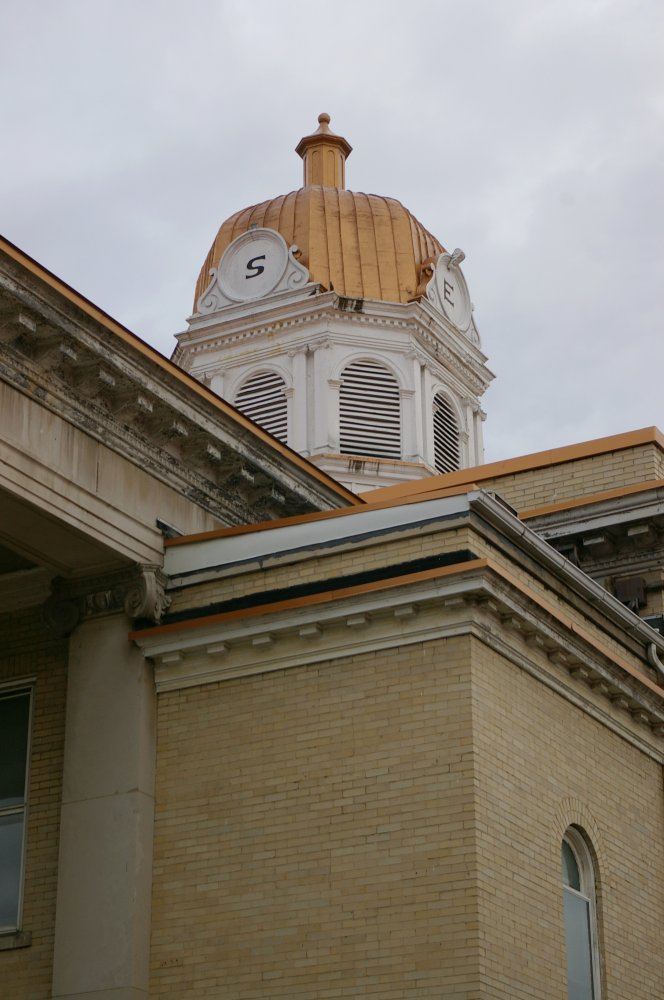 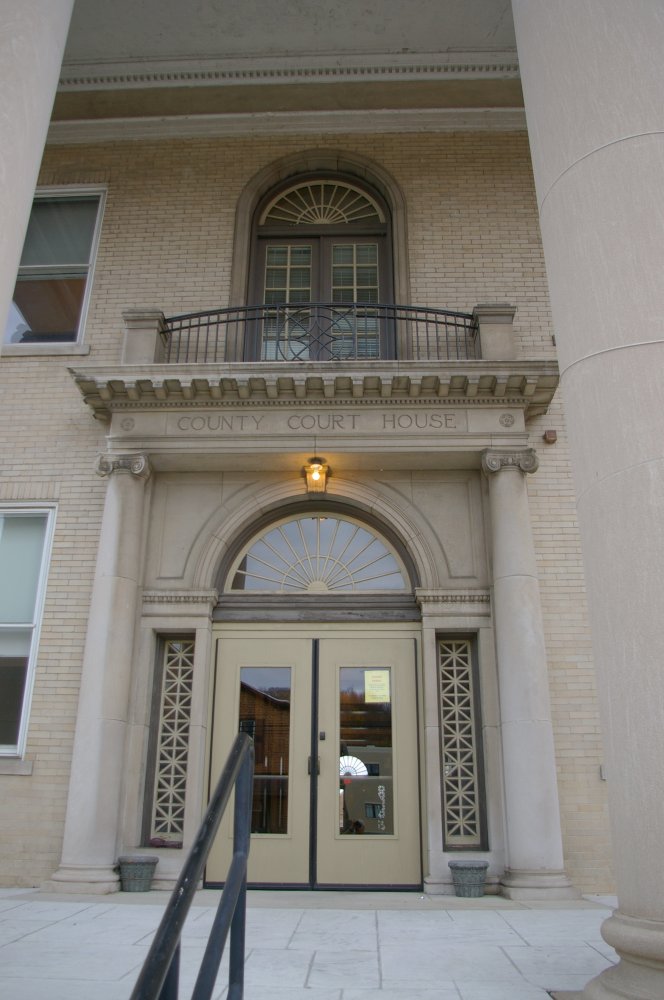 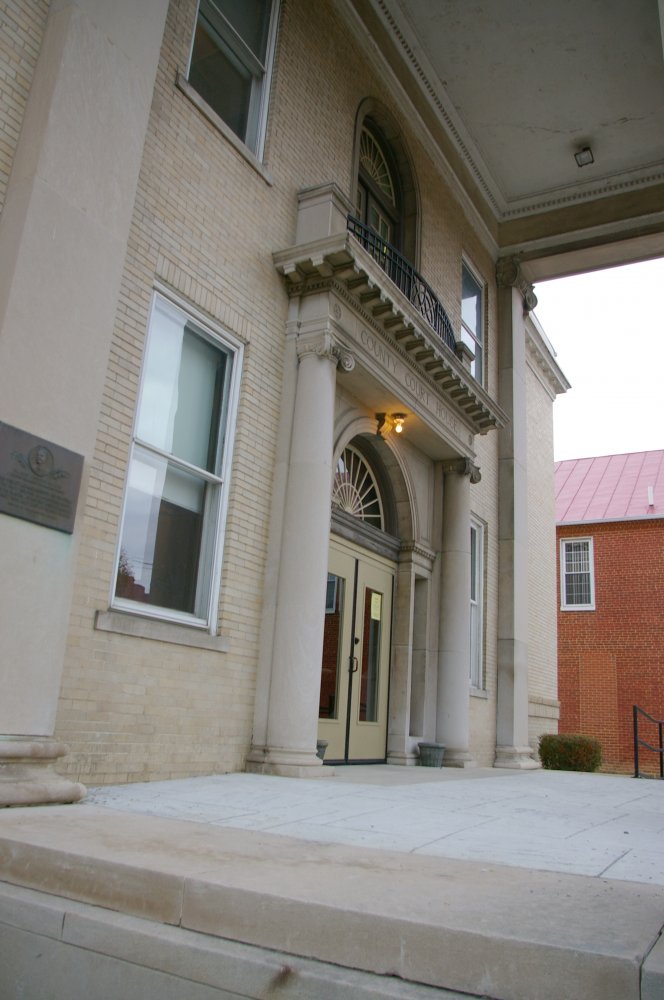 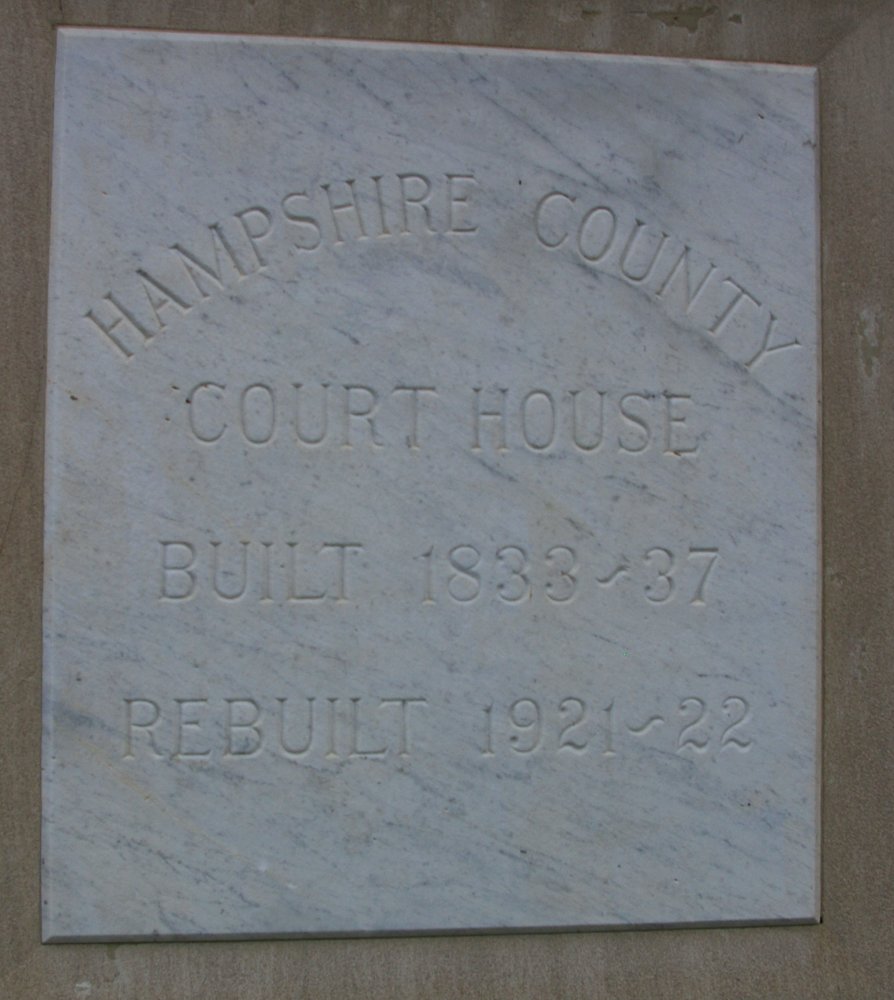 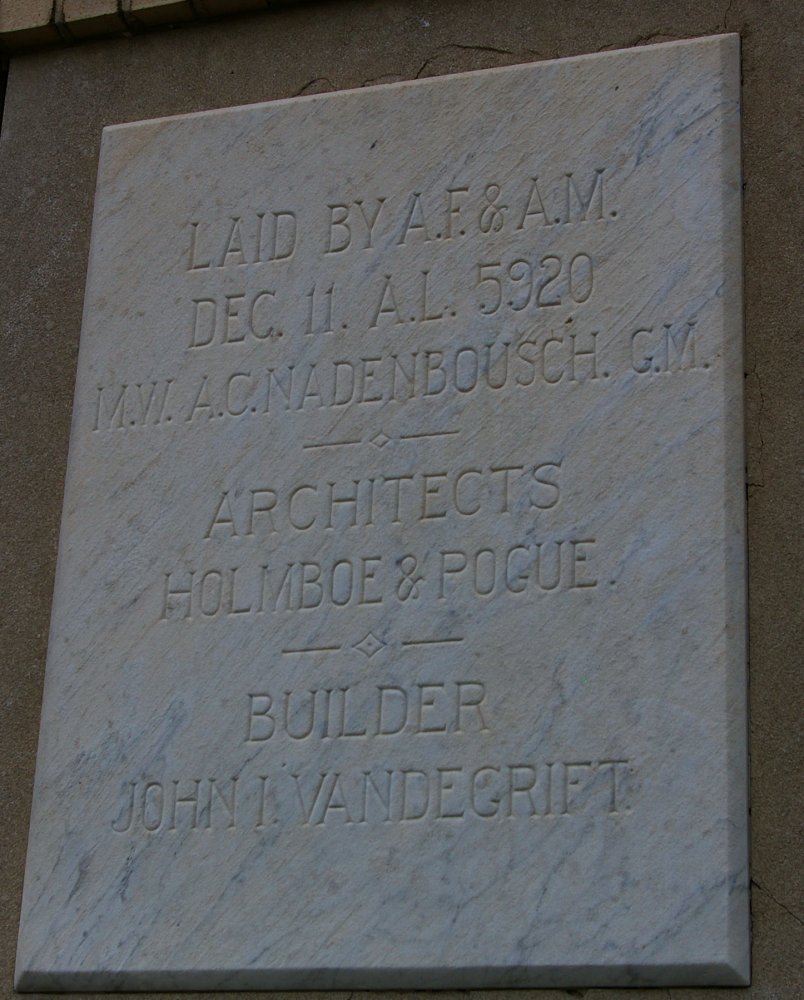 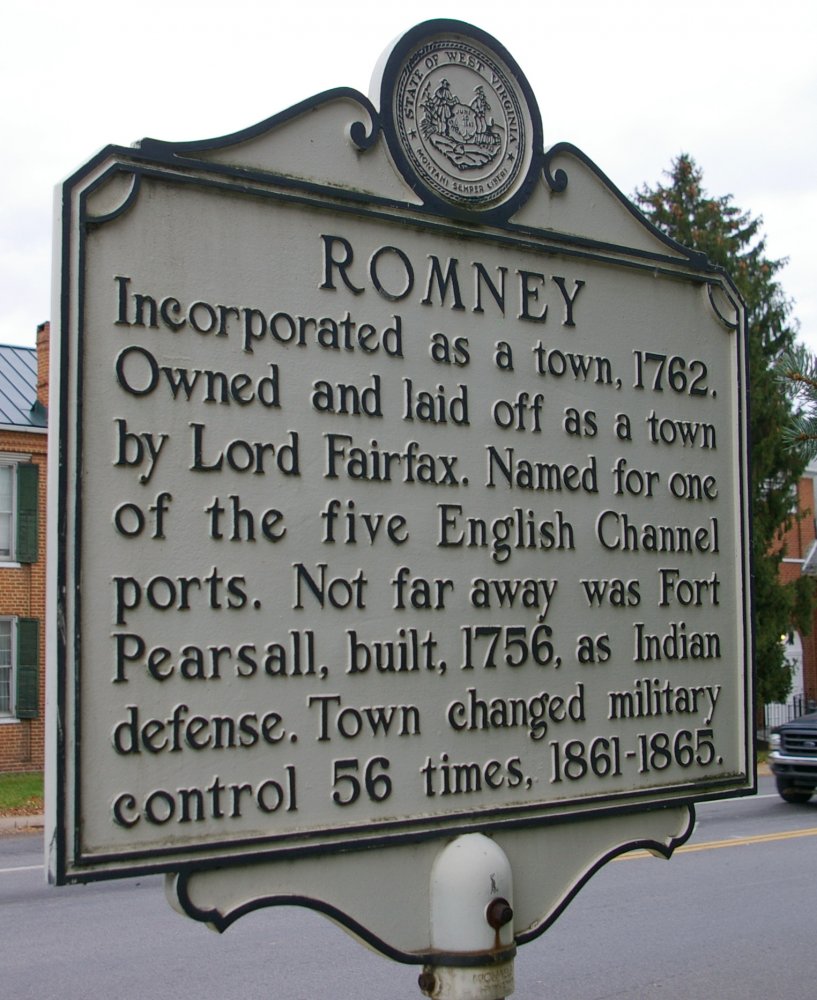 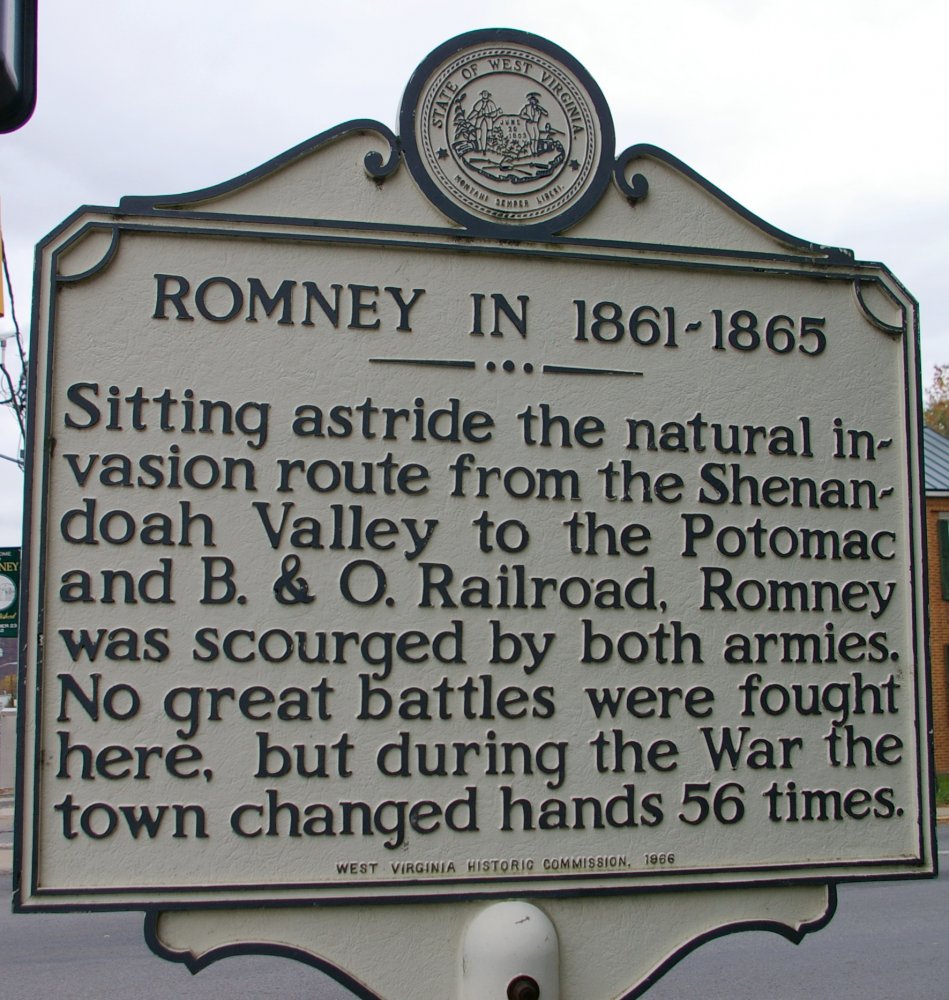 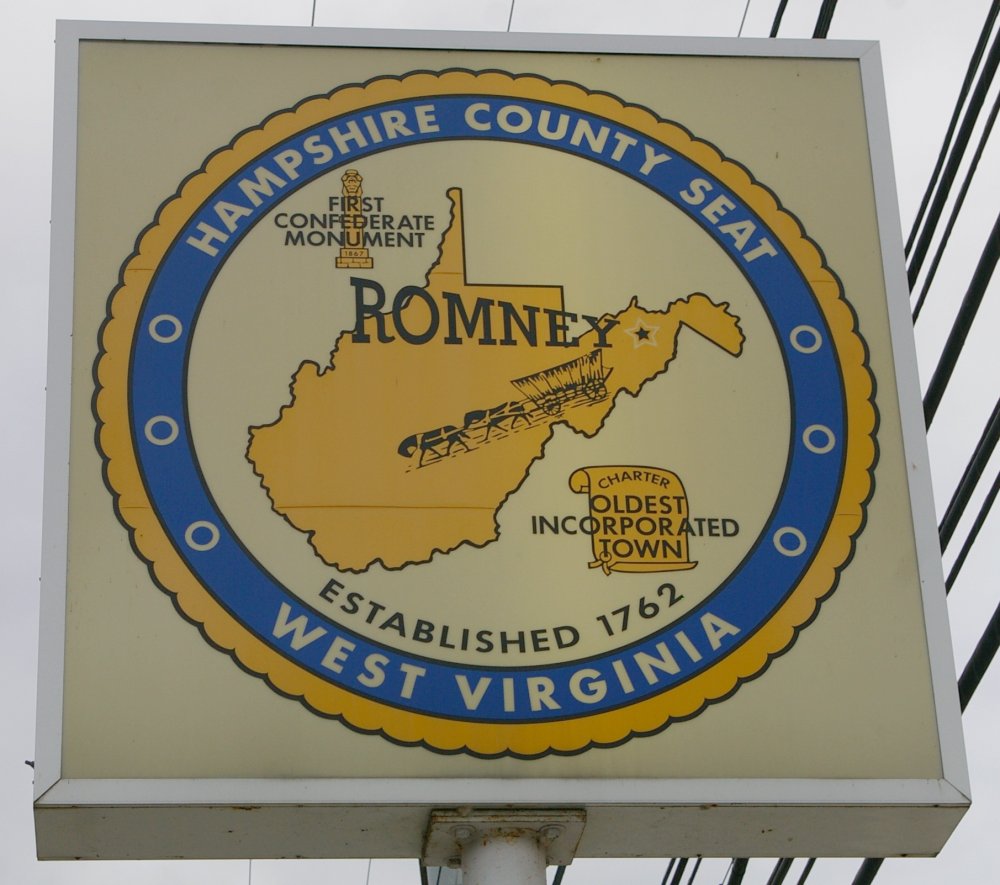