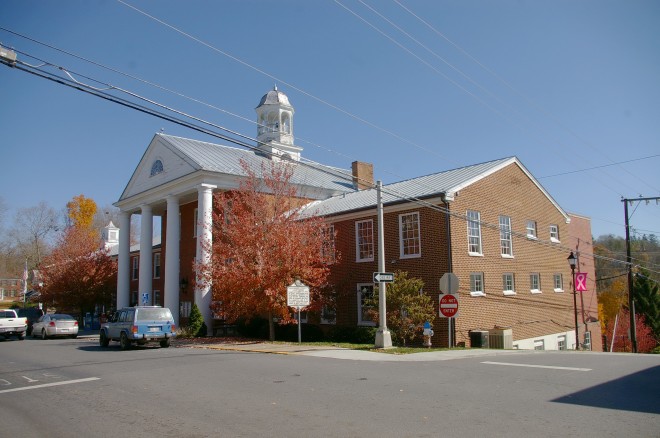 Greenbrier County is named for the Greenbrier River which flows through the county. 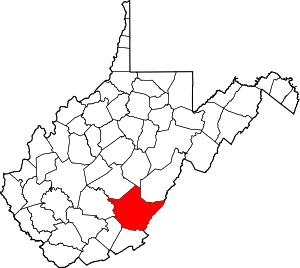 Description:  The building faces west and is a three story red colored brick structure. The building is located in the center of Lewisburg. The original building stands in the center with north and south two story wings built in 1937 and 1963. The west front has a large portico supported by four large white colored columns. In the center of the building is a white colored cupola with open arches and silver colored roof. The building descends east down a slope with the basement being at ground level. In the interior is a mezzanine between the first and second stories. The building houses the County Circuit Court of the 1ith Judicial Circuit, County Magistrate Court and Family Court. In 1937 to 1938 a wing was constructed on the north side. The architect was John Harper and David Spotts.

History:  The county was created in 1777 and Lewisburg was selected as the county seat in 1778. The first county clerk’s office was built on the Stuart Manor property and the court met in the home of Colonel John Stuart and before 1800, the courthouses were log cabins. The first courthouse was a log structure was built in 1782 facing Washington Street. In 1800, Colonel John Stuart gifted to the County the second courthouse which was a three story brick structure. The third and present courthouse was constructed in 1837 to 1838 at a cost of $10,000. 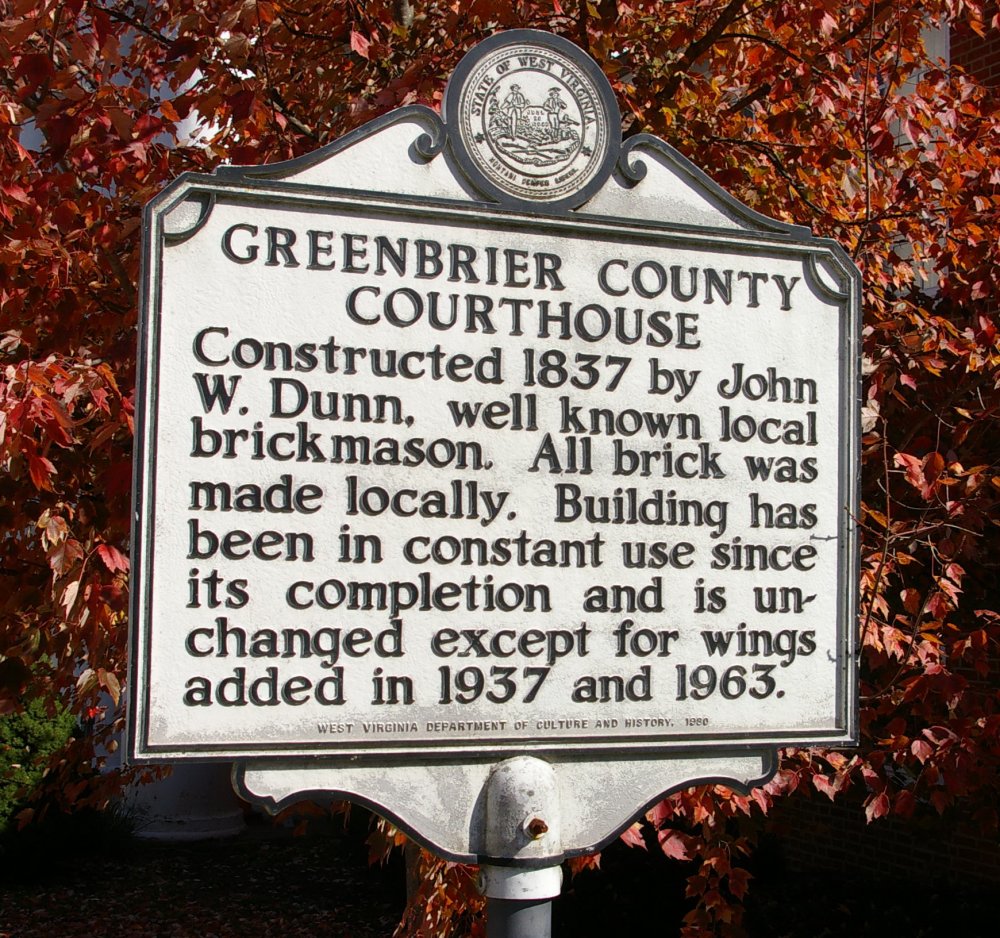