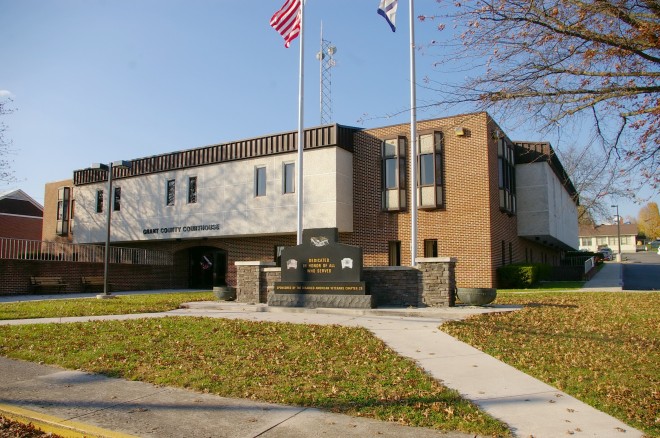 Note:  The Magistrate’s Courthouse is located at  4 North Main Street and Virginia Avenue. 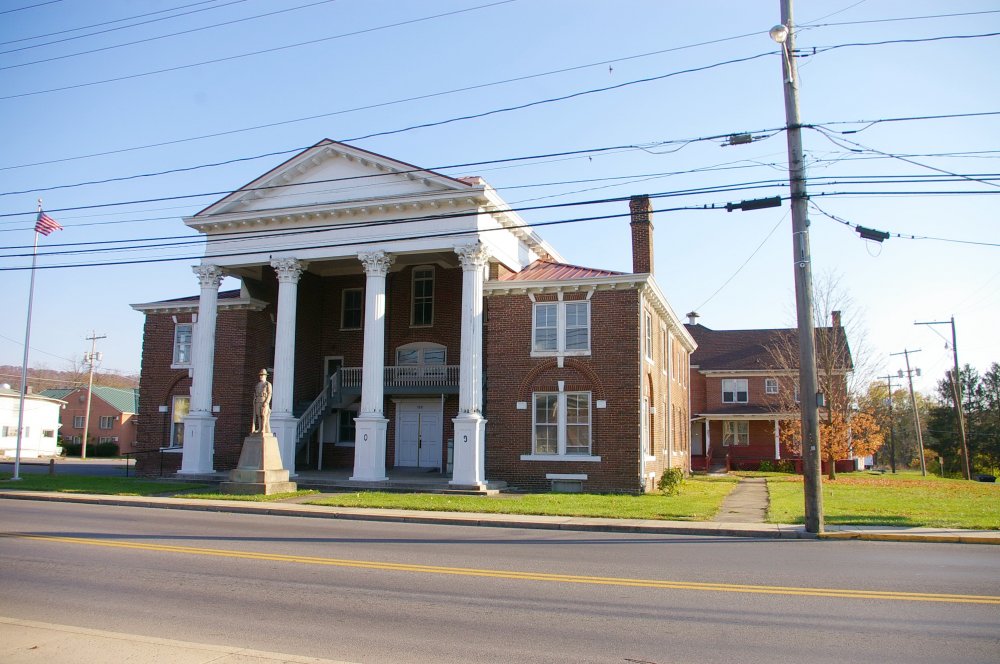 Description:  The building faces north and is a two story red colored brick structure. The building is located on landscaped grounds in the center of Petersburg to the south of the courthouse. The north front has a large portico with four white colored Corinthian columns rising to a pediment at the roof line. There are outside stairs to the second story entrance. The roof is hipped. In the interior, the courtroom is located on the first story. Built in 1879, the cuilding was remodeled in 1909. 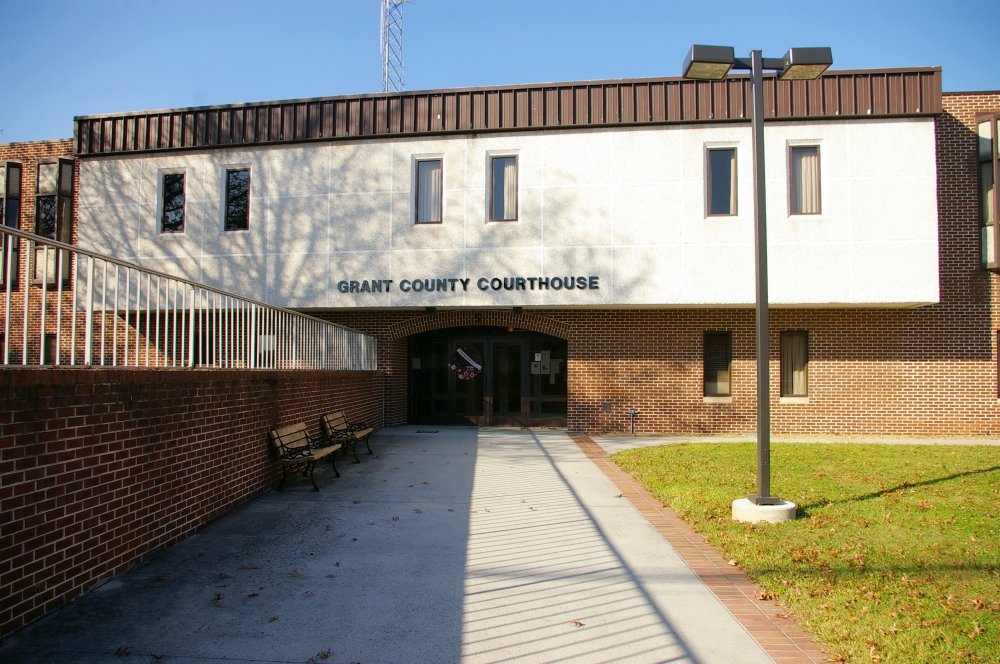 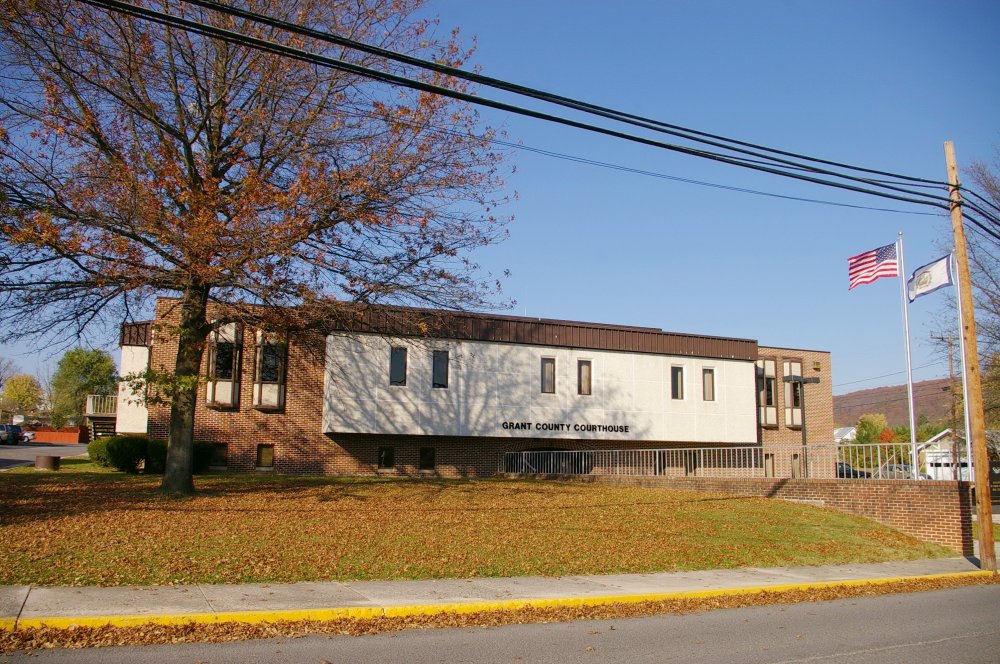 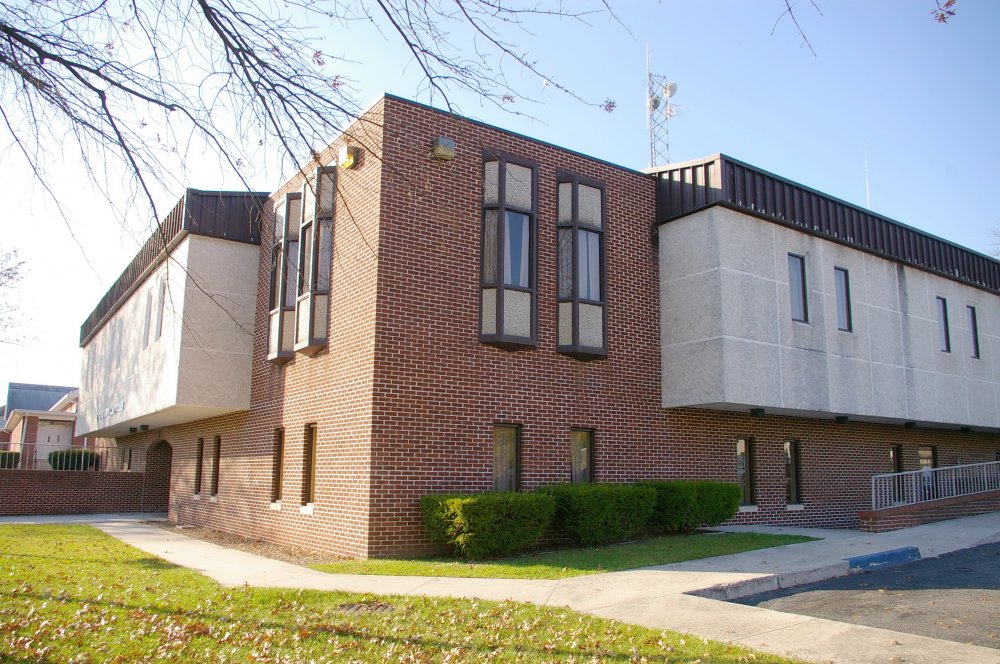 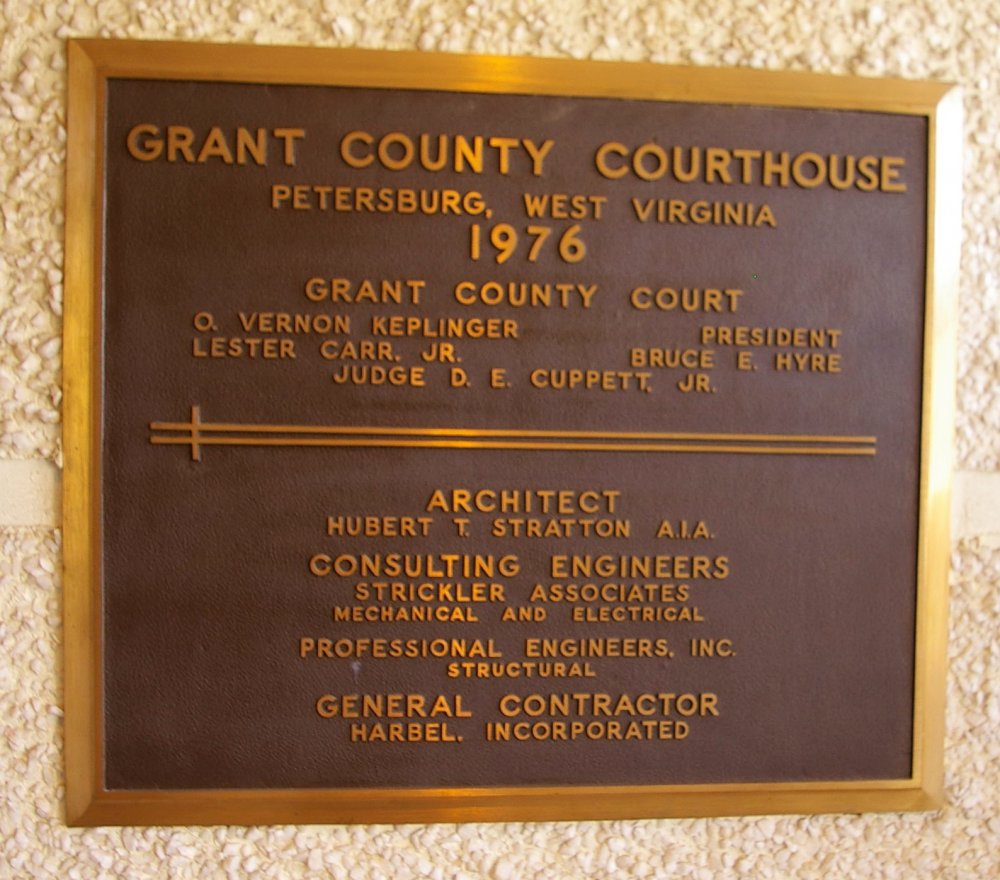 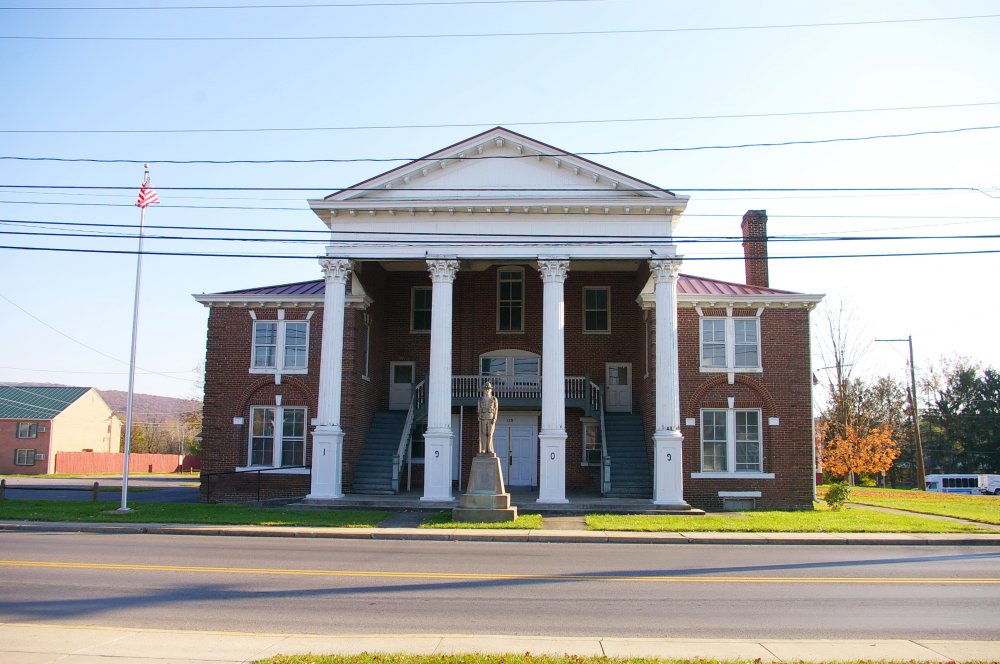 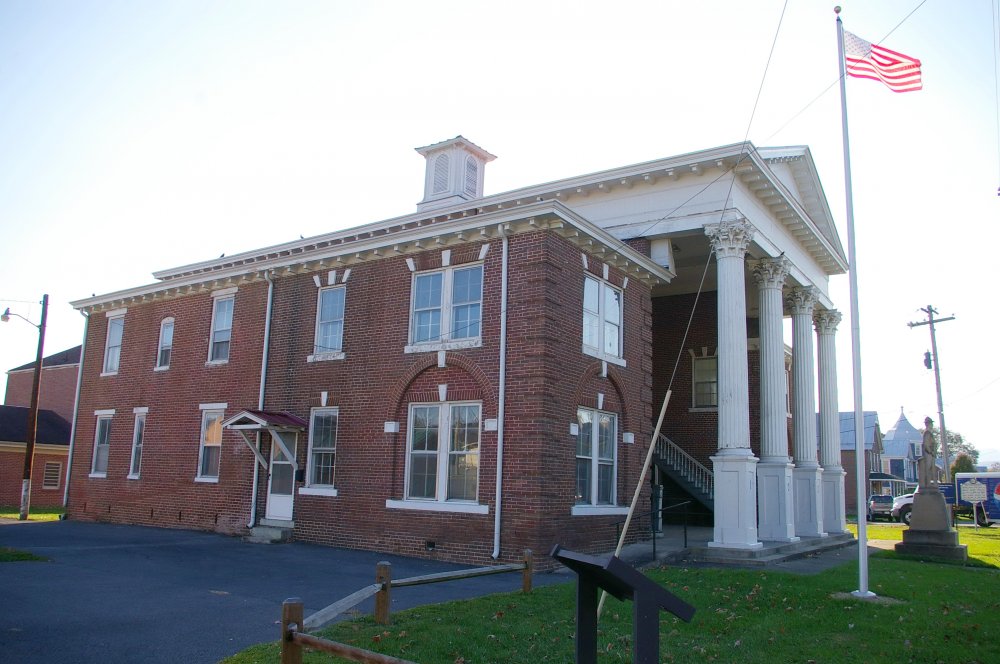 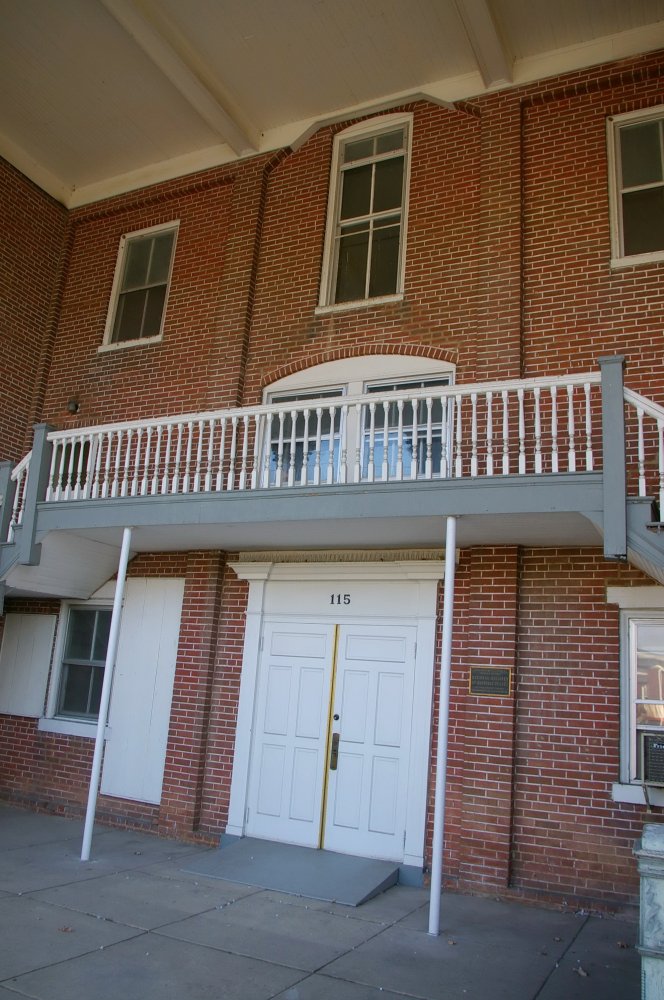