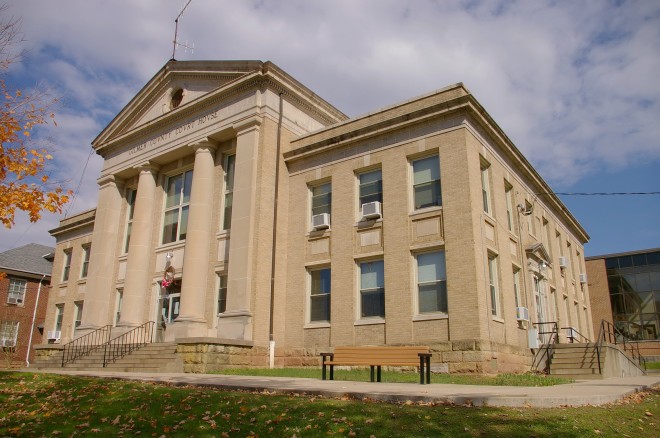 Gilmer County is named for Thomas Walker Gilmer, who was a United States Secretary of the Navy and a Governor of Virginia. 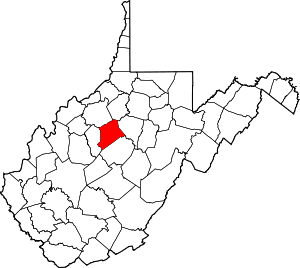 Architect:  Holabo and Lafferty of Clarksburg

Description:  The building faces southwest and is a two story buff colored brick, stone and concrete structure. The building is located on landscaped grounds on the rise of a hill in the center of Glenville overlooking the downtown. The south front has two large columns rising to wide header with pediment above. The entrance on the first story is recessed. The center section rises above the east and west sections. The base of the building is stone. In the interior, the courtroom is located on the second story. The building houses the County Circuit Court of the 14th Judicial Circuit and Family Court. The building was renovated in 1974..  On the northwest side is the two story red colored brick County Sheriff’s Residence.

Note:  The contractor, Acme Construction Company, won the contract on a low bid of $99,000 which put them into bankruptcy. The legal hassle over the completion of the building may account for the fact that the building does not have a cornerstone. Description:  The building faces southeast and is a two story buff colored brick, glass and concrete structure. The rectangular shaped building is located on landscaped grounds in the center of Glenville on the north side of the courthouse. The entrance at the south end of the southeast front of the building. Glass paneled walls are divided by brick wall sections. The roof line is flat. The building houses the County Magistrate Court. 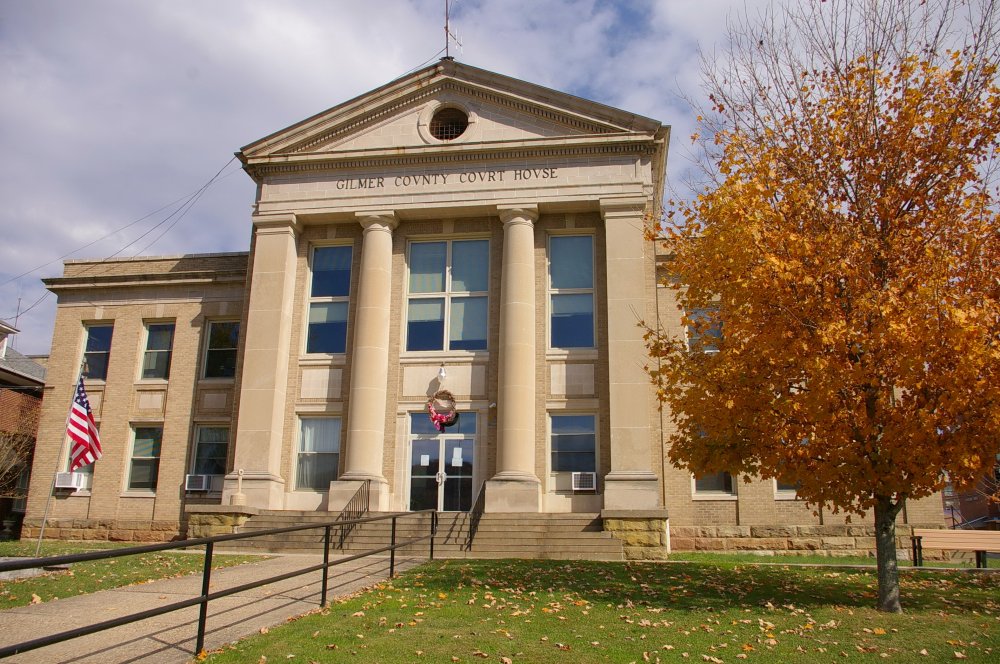 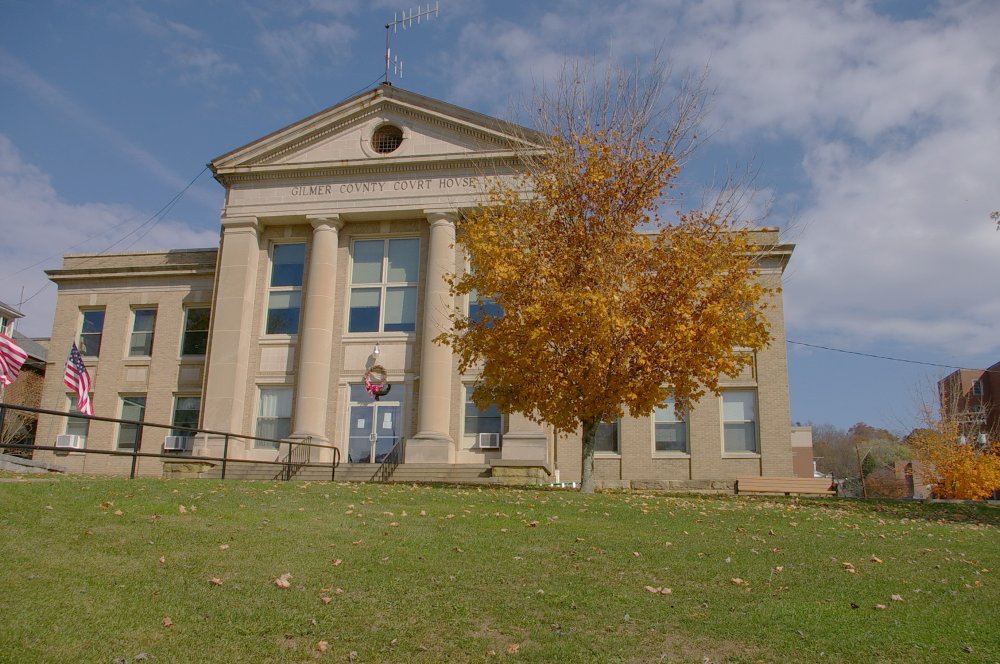 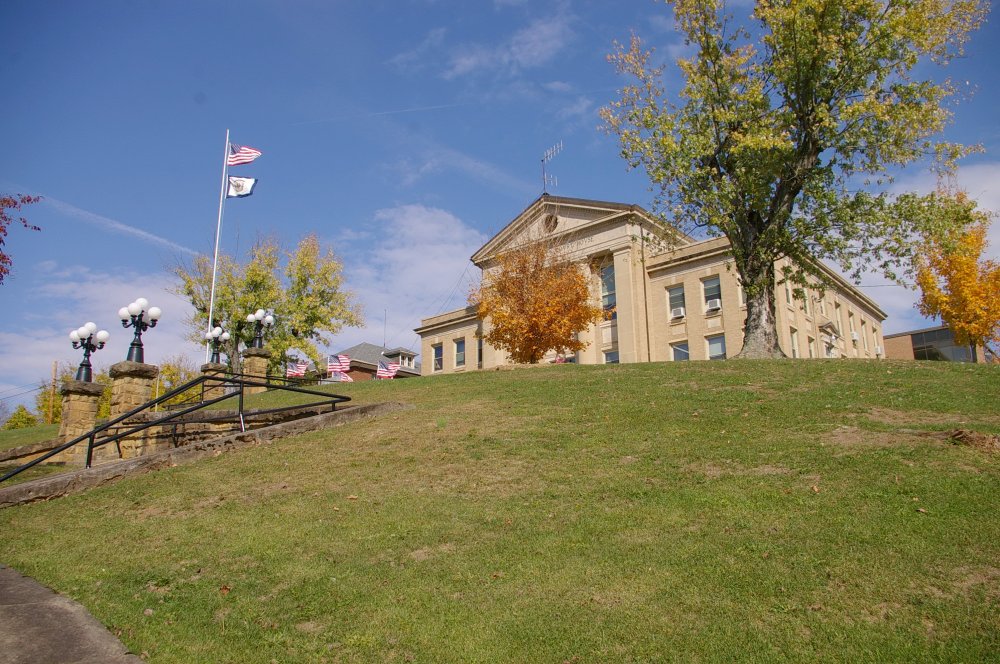 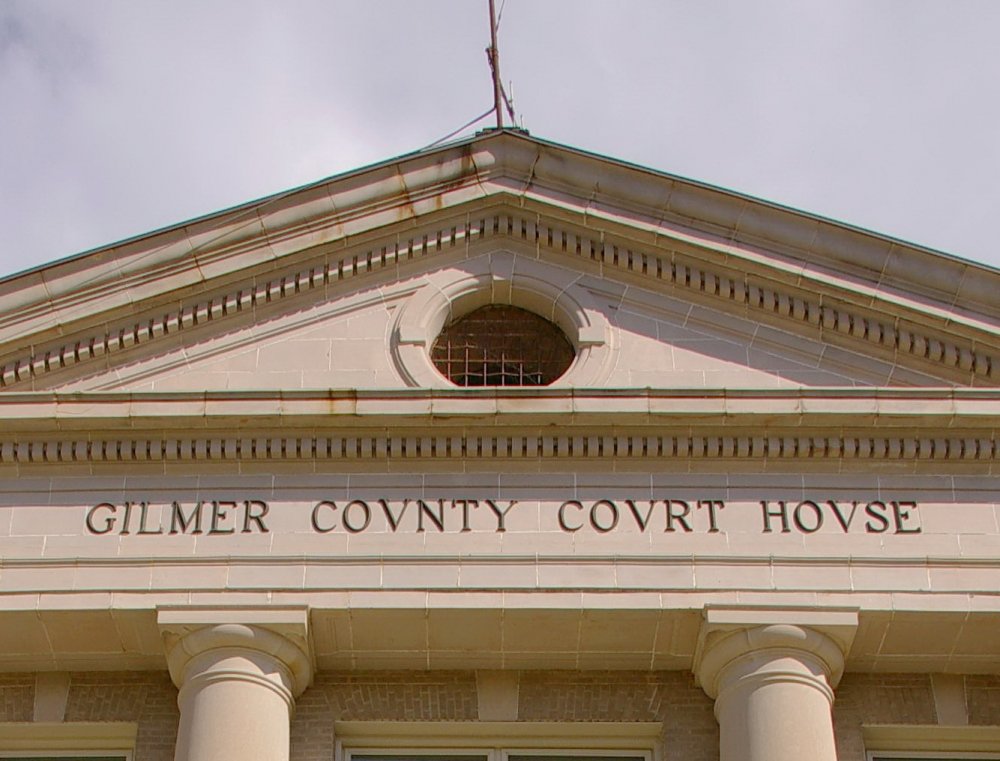 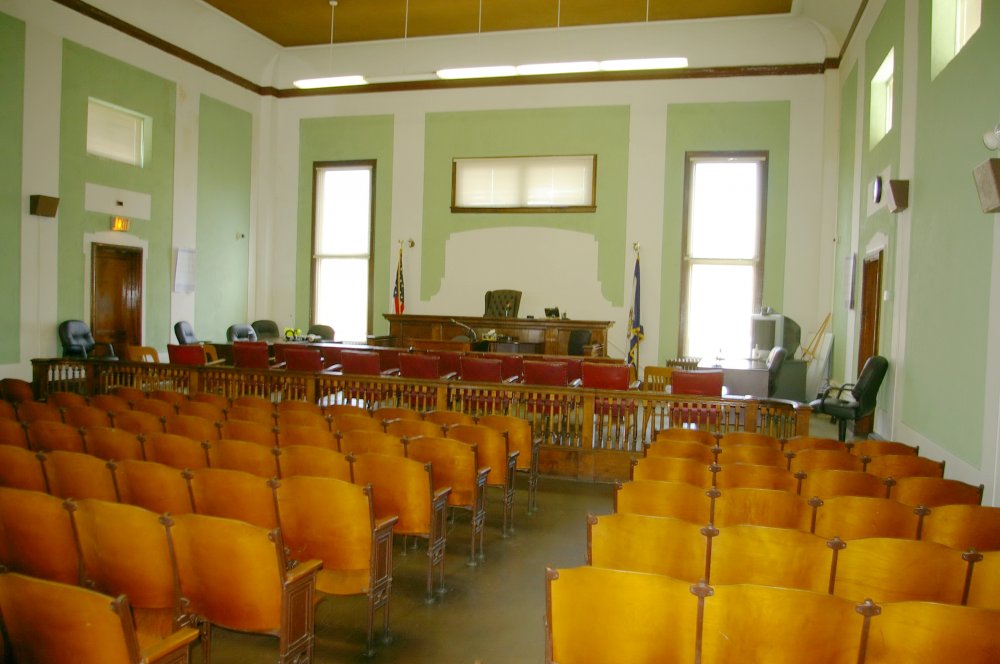 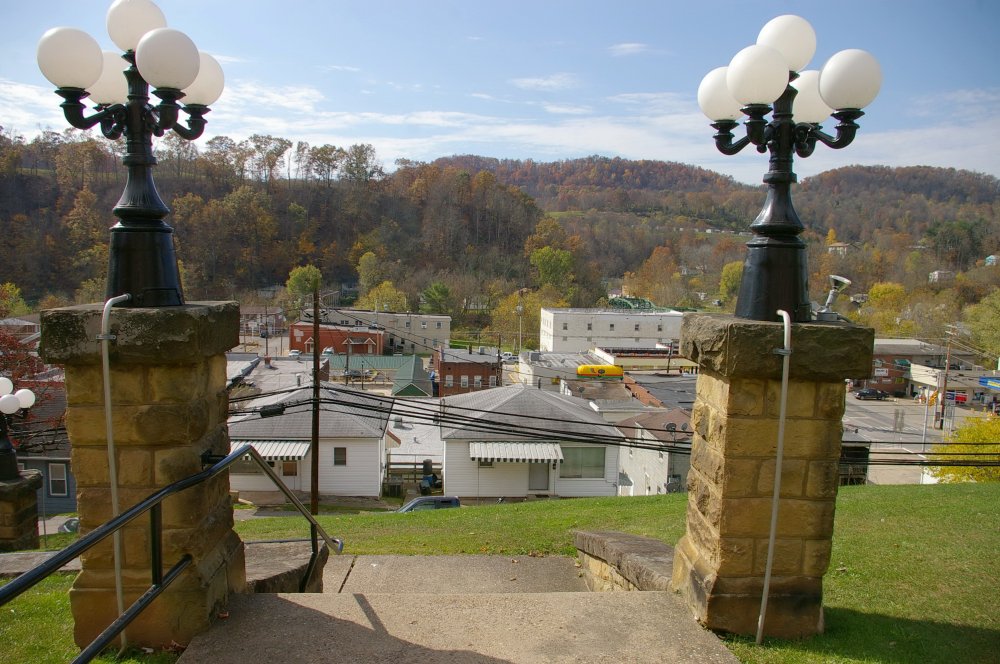 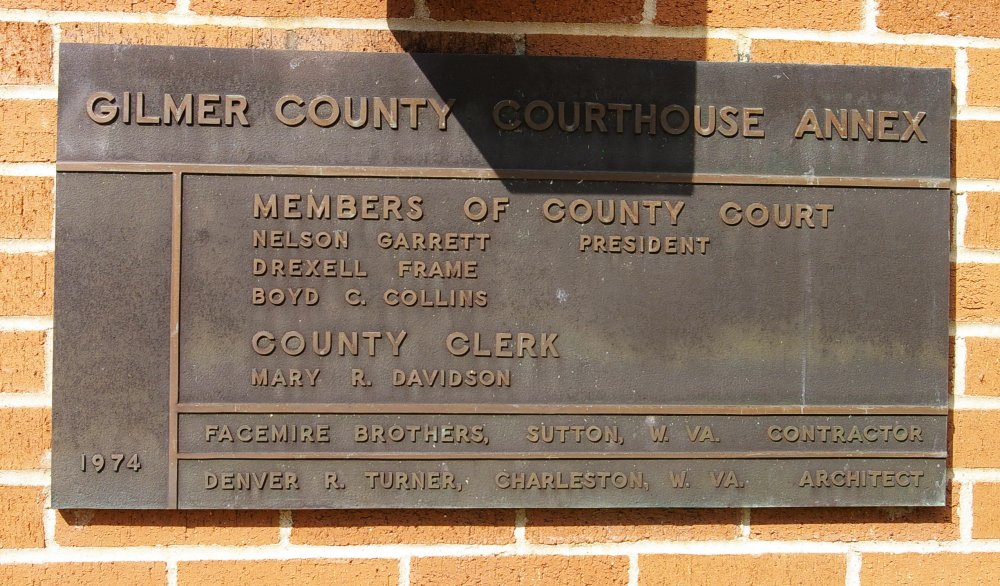 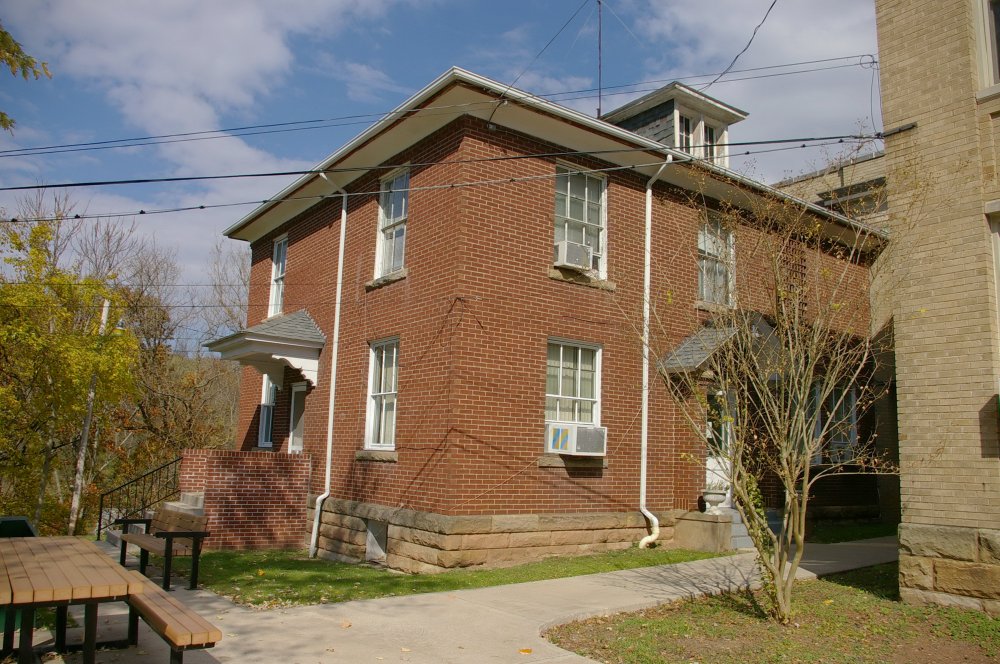